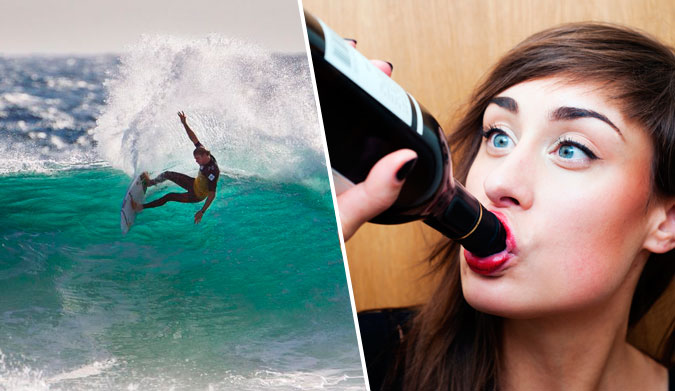 Here’s the scenario: You’ve been bickering with your better half over this year’s vacation destination. The source of the problem is simple. You surf and they don’t, so booking a one-way ticket to some remote island with your significant other sipping Mai Tai’s in a hammock for seven days and six nights while you surf barrel after barrel, only coming out of the water to eat and sleep, is out of the question. Good thing you can find a healthy balance of entertainment in and out of the water with a little bit of research. Which takes us to Margaret River, the site of the Drug Aware Margaret River Pro.

So here are a handful of things that will convince bae to pack your bags and book that ticket to West Oz: 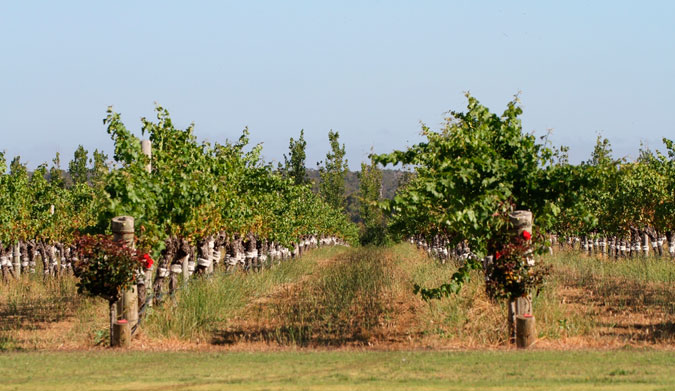 Get barreled in a wine barrel. Photo: Shutterstock

1. Wineries and Breweries Galore
The Margaret River Wine Region is home to 215 vineyards and 187 wineries. And here’s some perspective for you: kicking back a few after eight hours in the water is standard operating procedure on just about any surf trip anyway, tropical or otherwise. Margaret River just offers a plethora of classier options than your run of the mill Balinese dive, which makes it quite couple friendly. Three percent of the country’s grapes are grown here, but 20% of Australia’s premium wine is produced in the region, with the added opportunity of learning its history as well as what you’re actually drinking when you embark on any vineyard tour.

Bonus points: Bae is too hungover the next day for another adventure and insists you go catch a few while she/he rests up in the hotel room. 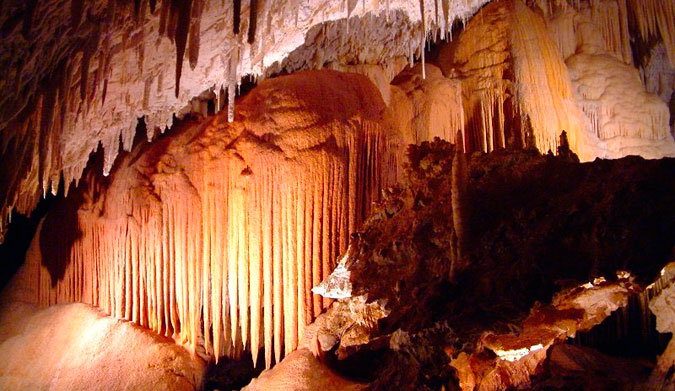 2. Caves on Caves on Caves
Time to take in nature in a completely different way. There are 150 caves along the Leeuwin Naturaliste Ridge alone (and eight of these magnificent caves are open to the public), each with its own unique features, formations and history. On paper, it may not sound as exciting as dry barrels, but when you consider walking underground and exploring formations that have literally taken thousands of years to create, the interest level undoubtedly kicks up a notch. Augusta’s Jewel Cave, for example, houses one of the world’s longest straw stalactites in the world. There’s something you won’t find on a boat trip. 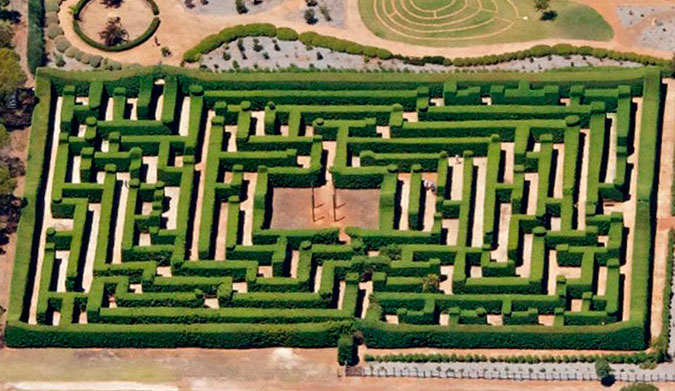 3. Embrace the Unique
Imagine a real life Pac Man course to roam around (now imagine navigating said course immediately after visiting one of those wineries). That’s A Maze’n Margaret River, a life-size outdoor hedge maze which is an attraction all in itself. Or take a trip to the Shearing Shed, which is sheep shearing turned into a show for live audiences. These may sound like random endeavors, but isn’t that what traveling is all about? When you have the opportunity to take off for a faraway land, embrace what you can’t find in your own backyard. Margaret River is a top tourism destination in Oz for plenty of reasons, so get out an find out why. Beyond that, there are morning yoga classes aplenty and delicious raw foods available at Samudra in Dunsborough – or even massages with a view overlooking the lineup at Injidup Spa Retreat. So, yeah. You’ve got options. 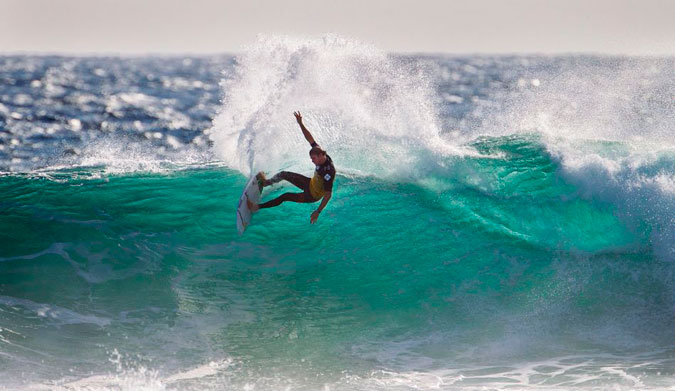 His bae loves him. Photo: Kristin/WSL

4. “If you really loved me, you’d want me to surf”
You’ve paid your dues. No surfer can travel to a far off land bordered by water without thirsting for its offering of waves. So you’d better believe I’m pulling that line on the Mrs. without shame. At some point, it’s expected that the hunt for waves will be on anyway. Beyond that, you’re not necessarily travelling for hours to get to great waves; on the contrary, many great spots are within a 20-minute commute to awesome eateries and beyond. That means morning surfs while it’s offshore, with an early arvo long lunch. That’s what really makes the region so special.

This is a wave-rich region, with as much variety as those six thousand different cabernets the Aussies produce here. And you might need some of that liquid courage to take on a solid day at Supertubes to the north end of the region, or just leave Cyclops to the big boys down south, with every kind of wave in between. Lefts, rights, barrels… the list goes on and on. Of course, Surfers Point is the home to the Drug Aware Pro, with the men and women on the WSL giving you some lessons on how it’s supposed to be done in West Oz. You’ve drank, you’ve explored, and you’ve seen some of nature’s finest creations on land and in the ocean.

Feel free to explore more on your own at australiassouthwest.com.