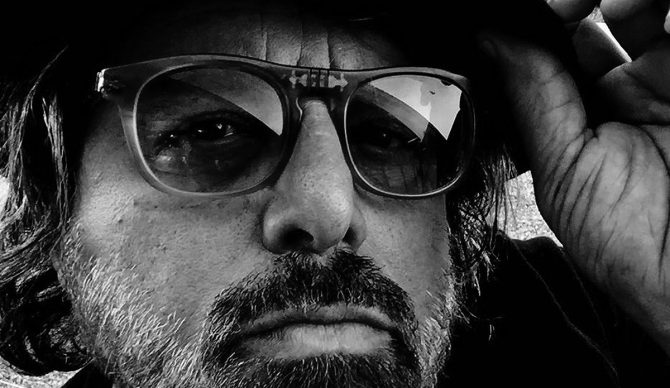 Editor’s Note: Heavy Water, directed by Michael Oblowitz, premieres in theaters on June 13th for one night only. Get tickets here.

For a guy in his sixties, Michael Oblowitz has a lot of gas left in the tank, which is especially true when a south swell rolls through town. I’ve learned this on at least one summer afternoon while riding shotgun in his red, mid-nineties Ford Bronco. The scene plays out like this: look for waves somewhere in Malibu, find really good waves somewhere in Malibu, surf until your back and shoulders no longer want to move, then start the drive back down Pacific Coast Highway.

That final turning point in an afternoon with the South African filmmaker is significant, because it’s when he’ll inevitably see a wave along the road and try to coerce you into round two: a sunset session at First Point. It’s an endearing reminder that many of us never grow out of this whole wave riding thing. Oblowitz has been surfing his entire life — his dad pushing him into waves around Cape Town as early as he can remember — and even now, after four hours at a somewhat hidden Los Angeles point with no more than five other surfers sharing a head-high wave, he hasn’t had his fill.

The other touch of Oblowitz charm that shapes a day like this is that the man will never run out of stories to tell or a desire to share them. Old friend, new friend, or a stranger in the lineup; he’s going to talk your ear off. And since you can’t get anywhere in Los Angeles efficiently — the 10 miles between Venice and Malibu included — an afternoon of looking for waves with surfing’s most controversial filmmaker guarantees I’ll get more than one good tale about his upcoming documentary, Heavy Water. He’ll also go into another film he’s working on detailing the life of Sunny Garcia that’s several years in the making, and how his first surf film introduced him to the surfing community in polarizing fashion.

Oblowitz isn’t so much an endemic filmmaker for surf as he is a Hollywood director with a deep reverence for the sport’s history. “I didn’t really want the two to meet; surfing was my respite,” he explains. “It’s what I do for peace. And that’s what’s saved me from a lifetime of drugs and all sorts of shit.”

At one point, surfing literally was his escape, or at least it was his ticket out of South Africa. At 18 he enlisted in the army — six months he describes as “fucking terrifying.” So he devised a plan to use the painful, enlarged bumps on his knees from years of riding longboards around Cape Town as an excuse for a medical exam. The bumps and swelling were enough to earn him medical leave and a deferment that sent him to university where he studied philosophy, art history, and learned he had a talent for photography. He was supposed to return to the army after graduation but instead asked his father to buy a ticket to London, making him a bona fide draft dodger during the height of apartheid. He wouldn’t be able to go back home to South Africa for at least 10 years but he was too busy enjoying himself anyway. When a friend invited him to come to America a few years later, he took the bait and found himself living in New York City’s East Village during the boom of the punk rock movement. There, he studied film at Columbia University but it was being surrounded by “the artists, punk rockers, and musicians from all over the world” that he seemed to bask in most.

“It was a shit hole for the bourgeoisie but it was a love fest for the avant-garde,” he said. “You can quote me on that. It was amazing.”

Film, as he decided, was the medium that best allowed him to roll all forms of art into telling stories. He holds four decades worth of filmmaking credits, from vampire flicks to a Frank Sinatra biopic to directing music videos for artists like Bowie and Clapton and everything in between. But that “most controversial” title comes from his part in creating what’s been called the greatest surf film ever, which also happens to be the greatest surf film half the world never got to see. For a moment, Oblowitz’s Sea of Darkness was honored with just about every award that every film festival could hand out circa 2009.

And then it disappeared.

The film was born through a serendipitous meeting with boat captain Martin Daly in an airport terminal. The two men got to talking, and Oblowitz, fascinated with the stories he was hearing, pitched the idea of a documentary. And that was what the next three years of his life and creativity were focused on, diving into a story about pioneering Bali as surfing’s Shangri-La in the 1970s. But the real drama within it and eventually the controversy over the film’s distribution was in how all that exploration was intertwined with smuggling drugs through the South Pacific.

“When the guys [in the film] came to Vegas to celebrate and they all saw the movie for the first time I think they all nearly had a fucking heart attack,” Oblowitz remembers with a laugh.

Daly admitted in a 2017 interview that he was uncomfortable with the documentary once it came out. It was decided a controlling share of the film would be bought out, giving Daly the final say in distribution and effectively taking the whole thing back as if it never happened — at least for anybody who never got the chance to watch during its short-lived festival run. If anyone in the Sea of Darkness story had been in danger of indicting themselves, this would protect them.

“I had to think about it a bit, because there were people who’d trusted me over the years. And I trusted them. And here comes this Micheal Oblowitz guy coming and making a sensational story out of something that to me, really wasn’t that sensational,” Daly said in that interview.

“What Martin says is ‘I don’t need to release Sea of Darkness and indict myself,’ which he doesn’t,” Oblowitz contests. “The film is very clear. The drug dealers are all dead people,” asserting that he stands behind the stories told in the film. “Martin agreed to do the movie. I didn’t cajole him, I didn’t con anybody into doing the movie. To the contrary, I de-sensationalized.”

Oblowitz had been making films for decades by this point, but Sea of Darkness and the drama surrounding it is how most of the surf world met him. That alone creates a lot of intrigue for his sophomore surf documentary coming out this summer, Heavy Water. He admits the film has a dark “Oblowitz touch,” holding a microscope over the progression of aerial surfing and big wave surfing through the life story of Nathan Fletcher as well as the Fletcher family’s place in the history of the sport.

“What I really wanted to do was show the roots of modern aerial surfing. Flying above the wave. It all had its roots in two dudes — Christian (Fletcher) and Jay Adams — who were notorious drug addicts.”

Heavy Water is the second of two passion projects Oblowitz dove into following Sea of Darkness, and he talks about the protagonists of both films with obvious affection and respect. The other will be the definitive documentary on the life of Sunny Garcia, who is still in an Oregon hospital after an alleged suicide attempt. Oblowitz and the former world champion had worked on the film for a full decade and built a close friendship in the process. Sunny is the Muhammad Ali of surfing, he says, which is fitting because he equates the Hawaiian surfer’s trajectory to a real-life Rocky story.

“He came from a broken home, he was abused, no education, and all he had was surfing,” says Oblowitz. He calls Garcia the sport’s most legitimate champion, because the road that brought him there was “no walk in the park.” But through 10 years of interviews and filming Garcia and his family, no appropriate end to the story has presented itself. The heartbreaking irony of that isn’t lost on Oblowitz, with his friend in a hospital bed since that fateful April night. It goes without saying he hopes they get to piece together a positive ending to their collaboration. “He’s a really good guy who just had immense demons. I can’t imagine the sadness that his family has to deal with, because he was the lion of the family. It’s a real tragedy. As big a tragedy as I can imagine.”

At the end of our day together I ask him why filmmaking is so important to him. He actually doesn’t even stop to think before answering.

“Because I’m an artist. And that’s my medium.”

I follow up by asking him what the value of that art truly is. I’m not trying to get existential. I’m genuinely curious what drives this man who, like I said, never seems to run out of stories.

“It’s a mirror to culture,” he says. “And believe me, we need some mirrors in this day and age. We need artists who have something to say. We need to see the world the way it is.”

Heavy Water premieres in theaters on June 13th for one night only. Get tickets here.