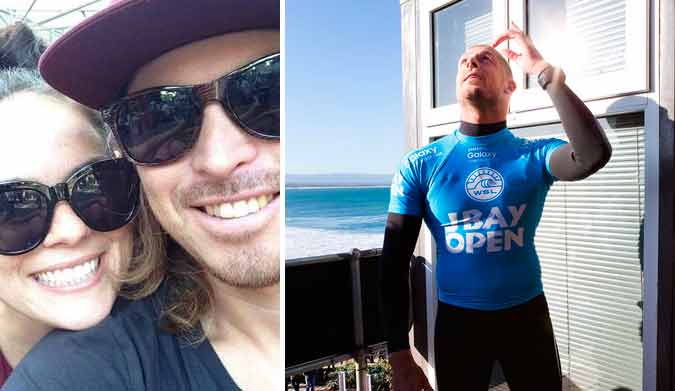 After Mick Fanning unwillingly took part in the shark attack heard ’round the world a few weeks ago, his face ended up in a lot of places. Everyone wanted to talk to him about punching a great white on a live broadcast. 60 Minutes, even. And 60 Minutes pays pretty well–$75,000 to be exact. But Fanning gave it away.

Last month, a bodyboarder named Matt Lee was attacked by what is suspected to be a 12-foot great white. The 32-year-old’s injuries were extensive. After being bitten on both legs at a NSW break called North Wall, he was taken to the hospital. Doctors performed emergency surgeries on both legs, and put him in an induced coma. Over a month later, Lee is still in the hospital.

Fanning, who might’ve been the luckiest person on the planet the day he was attacked, planned on visiting Lee during the 60 Minutes segment that airs tonight, but Lee needed another surgery.  Fanning wasn’t the only one to help out, though. Channel Nine boss David Gyngell added another $25,000 to Lee’s recovery pot.
Soon after Lee’s attack, a support page was set up, along with numerous fund raising campaigns. The page’s message to Fanning and Gyngell was short and to the point: “Mick Fanning and David Gyngell, no words can describe how grateful we are for the generous donation.”