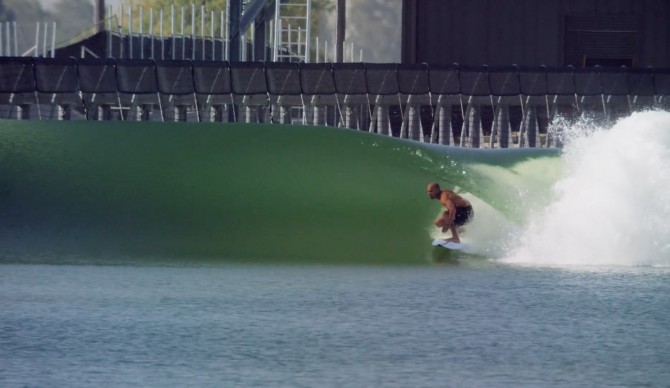 Kelly Slater Wave Company and the World Surf League are indeed seeking to build the first public surf ranch using KS Wave Co. technology in Palm Beach County, Florida, and the project overcame a major hurdle on Thursday. During a zoning meeting, county commissioners unanimously approved plans for the county to evaluate the Surf Ranch Florida project and determine whether it will go forward later this summer.

On December 18, 2015, Slater turned the surf world on its proverbial head when he dropped the first video footage of his surf ranch in Lemoore. And in the year and a half since who hasn’t thought to themselves what they’d give for an invite?

The remote possibility, now, that the technology will soon be open to the public is tantalizing, and during the zoning meeting, Surf Ranch Florida representatives disclosed new details about the proposed project.

In short, Surf Ranch Florida hopes to bring in 83,000 guests annually (that’s about 227 people per day), serve as a training facility for WSL athletes, and host an annual event – probably a WSL contest.

In addition, the park will be constructed as sustainably as possible (with the goal of being run 100% on solar), have a “learning center” to teach visitors about water quality, renewable energy, and the like, and offer underprivileged youth free access and instruction.

And while most of the commissioners expressed their support of the project as a more environmentally friendly alternative to more industrial uses, Jupiter Farms residents and civic associations showed up to voice their opposition. Their primary concern being the potential threat to the natural area of Pine Glades that neighbors the proposed site.

“If you guys have googled what happened in Texas with a similar park, what are those residents have to say about that park with their flooded homes when something went wrong? There’s no guarantee they can retain all this water,” said one resident.

Another found the idea of a surf park so close to the ocean absurd. “Only in Palm Beach would we want to change zoning rules to build a surf park eight miles from the beach,” he said.