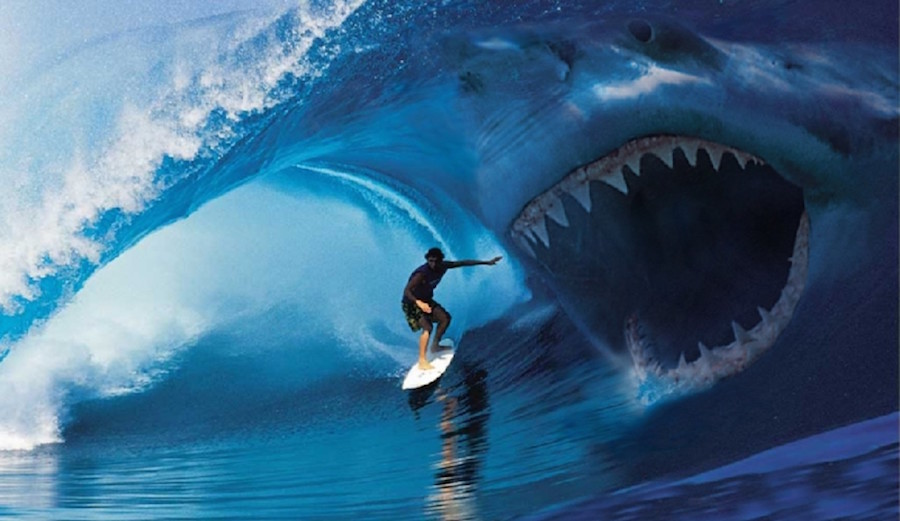 This may go against popular opinion, but here’s why I think we should kill the sharks. Photo: imagesci.com

Ever since the most famous moment in surfing history at this year’s J-Bay Open, it seems that sharks have been angling their cold, dead eyes towards the surfing community. We are facing our own personal Sharknado, and it’s high time we did something about it. I don’t mean a massive slaughter. I understand the integral role the shark plays to our ecosystem as an apex predator, and I respect it. I just can’t understand why anyone could ever value the life of a fish over the lives or safety of human beings, or any other mammal, for that matter. And I see nothing wrong with the targeted extermination of aggressive sharks in and around areas where there is a high density of recreational water users.

Countless numbers of dogs are “put to sleep” – to use that horrible euphemism – every year because of minor indiscretions, yet we balk at the thought of killing a few sharks who have inflicted unthinkable pain on their victims? In many countries, it is legal for farmers to shoot someone’s pet dog if it is deemed to be harassing livestock. The twisted values of a society that can legally condone such a potentially life-altering occurrence for the dog owner, yet be horrified at the thought of killing a few fish, is frankly beyond my understanding. In my mind, the worrying of a few sheep is a far lesser indiscretion than severing the limbs of a human being.

The reactions of the surfing community to shark attacks always baffle me. The overwhelming feeling always seems to hover somewhere between acceptance, and sympathy for the plight of the poor, hungry fish. Never mind the poor human victims. I know some of us like to present ourselves as earthy, quasi-hippies who love all creatures great and small, but come on, be serious.

In my mind there is one unequivocal and inescapable fact: a shark is a fish. It is a matter of scientific conjecture as to whether fish feel pain or not, with researchers on either side of the debate, but I highly doubt it.

The irony is that – in the surfing community in particular – we laud the noble pursuits of spearfishing or casting a line to garnish our plates with a million other healthy and sustainable species of fish, so why the blind protection of a few big fish? I often wonder if the people who shout about protecting the lives of these fish are such paragons of virtue that they have never swatted a fly, wore leather, or enjoyed some fresh sushi?

There is fuck all to like about sharks. It is common for sharks to eat their own young. In some species of sharks that give birth to live young, the larger progeny will eat the smaller ones inside the womb! Dolphins hate sharks, whales hate sharks, even other sharks hate sharks. No-one likes sharks, apart from scientists. But they like mold, and mucus, and sperm, and fuck knows what else.

I’m not some kind animal hater; quite the opposite, in fact. I sometimes wonder if I value my dog’s life above my own. But despite my love of animals and the natural world, I just can’t bring myself to have any empathy for a shark. Perhaps it’s because my father was the skipper of a fishing trawler, and my brothers and I have always been involved in fishing for both work and pleasure. Catching and killing fish has always been a normal part of life. Call it genetic memory if you like.

The sad truth of the shark problem is that we have probably caused it. Perhaps overfishing has led to a shortage of natural food sources and necessitated the sharks looking elsewhere. Perhaps the rising temperatures of our oceans have led to sharks populating seas where in the past they haven’t been present. Whatever the cause, I do feel that this is a problem likely instigated by us and hence, something that requires us to take definitive action.

I value the role of sharks as an apex predator, and I do understand they are vital in oceanic eco-systems, but I have no problem with exterminating a few rogue fish. I am not advocating widespread shark slaughter, but I do not see the problem with a controlled cull similar to the ones discussed and temporarily implemented in Australia, something that is practiced the world over for problematic animal populations. The situation over the past few years on Reunion Island is completely unacceptable. For swimming and surfing to be banned because of threat from “particularly aggressive sharks” is utterly farcical. Just kill the damn fish.