Opinion: The Quiksilver Pro France is the Best Event on Tour 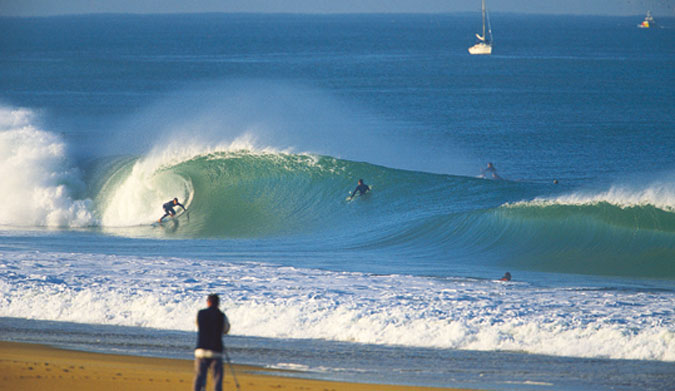 It’s through slightly rose-tinted glasses and a hint of nostalgia that I anticipate the arrival of the WSL to the Southwest Coast of France. This is partly due to the fact that, as a kid, I spent my summers loading up the family car with more tinned food than is present in a nuclear bomb shelter, followed by a 600-mile drive to set up camp in a small section of pine forest where I spent endlessly warm summer days playing in the French surf. This was my first taste to powerful waves, and certainly a step up from the UK beach breaks that I was used to. The raw power of the Atlantic unloading onto the white sand of the French dunes is unlike anything I’ve ever experienced. For me, this stop on the WCT is by far the best.

It’s not just the fond memories of childhood summers that make France my favorite stop on tour. This particular event features beach break surfing at its finest. Huge swathes of moving water, constant shifting peaks, and a high tide with decent swell produces a shore break that rivals the best beachies around the world. However, you have to actively hunt down the best waves, and it’s that sense of urgency that makes these contests so exciting to watch. 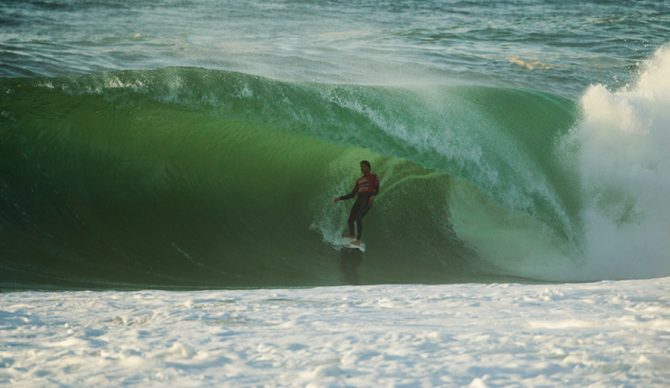 Dane Reynolds leaning into a mean one during his wildcard run at the 2012 Quik Pro France. Photo: Joli/ESPN

Sitting out the back on your board and waiting for the sets to find you isn’t an option. Seeing two surfers in the same heat, sitting several hundred meters apart isn’t exactly unusual. And don’t expect the conditions to remain consistent for the day, or even for the hour. The tide plays a big part in the makeup of the wave, and you can pretty much guarantee the wind will get stronger throughout the course of a day, ensuring that the first and last heat look completely different. Therefore, competitors will be tested in a myriad of challenging conditions, making the most well-rounded surfers rise to the top.

And the ride itself (?), well… it’s a chameleon of a wave. On smaller days, with a light offshore breeze, it does a pretty good impression of Trestles. With larger swells in glassy conditions, you can easily imagine yourself at J-Bay. And with pumping swell and a steady offshore wind blowing over the dunes, now you’ve got France’s answer to Pipeline, complete with hollow, spitting tubes.

France is a true test. There’s no sitting on a dime, waiting for the sets to predictably roll in. Therefore, it takes a smart, versatile surfer to succeed. And with the title race still so open, and Hurricane Joaquin inching ever-so-close to France, I see no reason to pick a new favorite event on tour just yet.