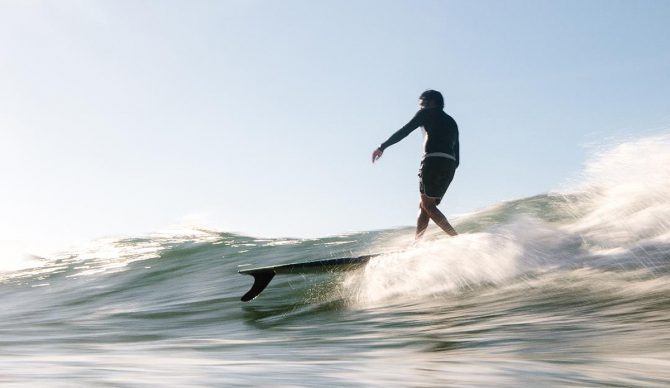 Aaron Cervantes, also known as, “King Rat,” was born in 1993 and considers himself blessed to be raised in Costa Mesa, California. Growing up in the paradise of Southern California was a golden ticket, with the beach atmosphere as his backyard and all the hidden gems that come along with it. One of those that stole his heart then and forever was surfing.

Aaron discovered his love for riding waves when he was seven. Introduced to the sport and taught by his uncle, Doheny was Aaron’s playground – long waves and salty days. And he had a natural talent for it all (it’s as if the ocean chose him).

Cervantes came to be known as the misfit of everything and anything he was apart of. He was a troublemaker from birth, but he’s also one of the most humble, kind people you will ever meet. The nickname “King Rat” came from elementary school when his mother would send him to school with stained, dirty clothes every day, knowing he was just going to get them dirtier anyway. It didn’t take long for the name “King Rat” to stick, especially around local lineups.

Years down the road, Aaron attended Newport Harbor High School where he was on the surf team and loved almost every minute of it, except when his coach forced the team to run from lifeguard tower to lifeguard tower: “We were there to surf! Not to run,” he says. “Waste of time.”

He dabbled in the world of competitive surfing in local competitions and in then-ASP (now WSL) longboarding events.

“Nobody got paid,” he says of competing. “It was just a circle jerk ‘cus the fact that, ya know, people were riding high-performance boards. Don’t get me wrong it was sick back in the day but, come on now. Ride a damn single fin — it’s a longboard — or get a shortboard or a mid-length. Period.”

Competitions took the fun and soul out of surfing for Aaron. Putting expectations on a sport he loved accomplished exactly the opposite for him. So he now gets passion from organizing surf competitions he knows people will enjoy and love — celebrations bringing people together and simply bonding through soulfulness.

His latest contest was the first in years to be thrown at Blackies Pier. Blackies Or Bust was a hit and he’s pumped on throwing the next spontaneous contest for locals, planning them specifically around only the best swells. And although he admits comps aren’t his thing, he still attends those that he is invited to personally. 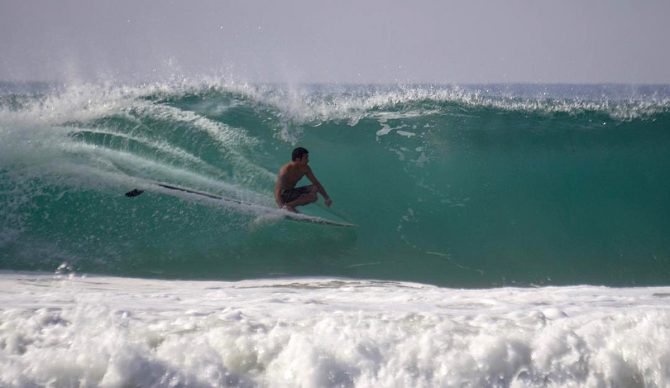 “Surfing a sick spot with perfect waves with only like three people out? Come on now!” Photo: Brelan Sugahara

“Surfing a sick spot with perfect waves with only like three people out? Come on now! Who wouldn’t want that? Unless the waves aren’t firing, then I’ll probably leave, to be honest,” he says.

This leads into a deeper conversation about how much longboarding has changed, thanks, in part, to competitive surfing shaping the way logging is viewed.

“Well, you see back in the forties, fifties, and sixties, you had big wave chargers on single-fins. Greg Noll was gnarly but you also had Robert August, Micky Dora, and all those guys,” says Cervantes. “So many more legends. It’s definitely changed for sure, more so when they started getting more progressive. Then it started going from trimming down the line, staying in the pocket, and cutting back in the pocket. Then it turned to going straight up and down, then shorter boards started coming out, then people started going two, two-plus-one high-performance longboards.”

“The roots of surfing kind of fell away for a little bit. Now it’s turned back and it’s one of the biggest pushes I’ve seen in traditional longboard surfing. It’s definitely going in the right direction now,” he says.

Where did the sould go? In part, he thinks the loss of soul in the sport can be traced to where we started to get our surfboards.

“As far as shaping goes, shoot, most people nowadays ask you how many liters are in the board. Well, I don’t know! All I know is that it’s two-and-a-half inches thick, the width is whatever the width is, and the length is whatever the length is. I don’t know what a liter is! There’s something about handmade shaped surfboards that manufactured surfboards can’t compare to. They’re made by a machine, so when people are talking to somebody who makes and handcrafts their own boards it just tells the person that’s shaping the board that the guy doesn’t know what he’s talking about. But it’s changed a lot for sure. Now you’ve got machines doing it. Robots doing it.”

Indeed, these days there are more beginners in the lineup than there are experienced surfers it seems. Of course, it depends on where you surf, and so I start asking Aaron his views on how that all shapes the makeup of a lineup. Like, for example, his views on going leashless. He says, flat out, “The leash ruined surfing,” with a straight face. He elaborates that single invention bred a population of surfers with zero control of their boards.

“Now [with] shortboards, I get it,” he says. “You’re trying to do airs and things like that but longboarding, come on. Take that thing off. That thing’s stupid. Not that looks matter but…you look stupid. You look like you don’t know what you’re doing.”

But somehow, even through all the changes in surfing, he says the crowd’s still the same; you’re either a surfer or just someone who goes and surfs.

“Well, surfers are people who are there every single day. No matter the conditions or what the ocean is doing. And other people just surf. Nothing’s changed except there’s just way more people surfing nowadays.”

So which one is he, I ask? A surfer or just a guy who surfs?

“I just surf. I surf for fun,” a big grin sliding across his face.

“Remember why you started surfing in the first place and take that feeling of catching that first wave and keep moving with it,” he adds. “I think surfing, in general, there’s no better feeling than getting barreled or riding the nose.” 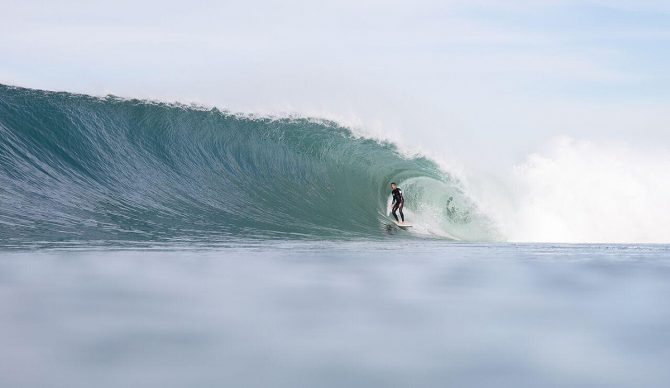 …and he’s no one -trick pony. Photo: Jason Yokobosky