‘Our Lives Are Clickbait’: Are Big-Wave Tow Surfing Contests Going Too Far? 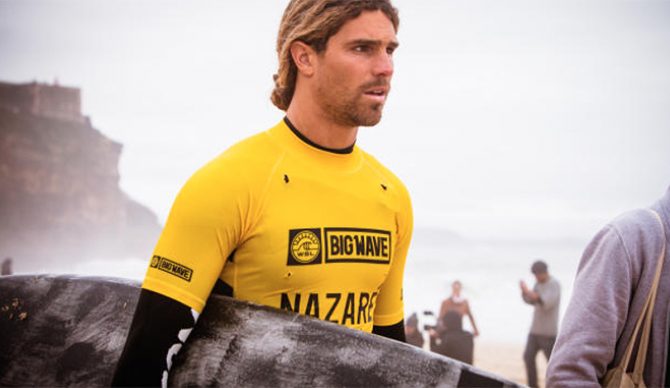 Is our own fascination with big wave surfing pushing things too far? Photo: WSL

Does anybody else still feel weird after watching the Nazaré Tow Surfing Challenge? I thought I was watching somebody die in real-time, and I’m pretty sure I’m not the only one. Even worse, whatever was or wasn’t being said in the WSL’s broadcast booth somehow disappeared during the live stream before it all abruptly closed with the rescue of Alex Botelho. I didn’t hear a sign-off. Nobody walked me through what was happening, so I can only assume I’m one of many people who watched from home left to think the absolute worst. Thirty minutes to an hour later the WSL shared a photo of Maya Gabiera on Instagram with the comment “We will provide an update on Alex Botelho as soon as possible. We appreciate your patience.”

By the time the League did offer an update on their own feed, plenty of news stories from Portuguese channels had reported Botelho was conscious and recovering in the hospital. Their own statement echoed all the information that had already been made available. They can only report whatever information exists, but the radio silence during that rescue and the abrupt end to the broadcast still didn’t (doesn’t) sit right. With or without that little bit of assurance from the WSL — something I’d argue they’re responsible to provide if they choose to show big wave contests at all — I found myself glued to the computer looking for updates, not just on Botelho’s accident, but to see  if the best big wave surfers in the world would make it another day. And then one Albee Layer summed it all up with a single comment on the WSL’s Instagram:

“Our lives are clickbait.” 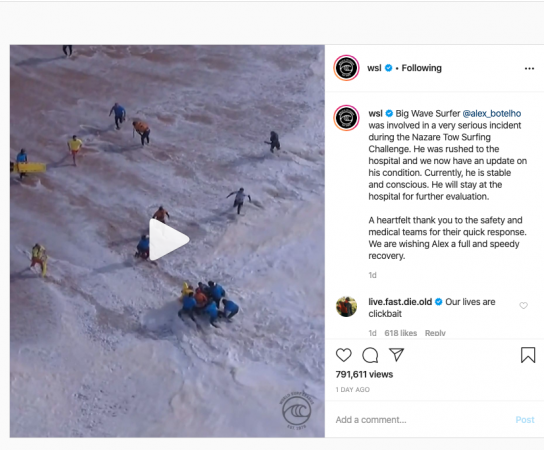 Albee stirred up a hefty conversation with a comment that has many, many layers. The responses ranged from “Right on,” to “You’re a part of that system,” and everything in between, to which the Maui surfer pointed out, “I just wanted to state a fact to provoke some thought on if all this is okay to keep doing.”

He’s not wrong. But then again, viewers and supporters of the sport aren’t wrong for needing to know what they’ve just seen. Not knowing leads to problems. Especially today, a lack of information (or withholding it altogether) is more problematic than the alternative.

The athletes sign up for this possibility by accepting and even seeking glory and validation for putting their lives at risk. We admire them for what they accomplish and they willingly indulge us with the content that pays their bills. And any news outlet, broadcasting platform, or sanctioning league has a responsibility to its viewers and readers to cover something this important in its entirety. That’s not clickbait. It’s accountability. You don’t just broadcast the shiny, glorious moments and hide the dark ones. That is disingenuous at the least and downright irresponsible at worst.

So there’s this question: As fans, is it immoral to watch a sport where death is always such a highly probable outcome? NASCAR, MMA, NFL football; these are all wildly popular and dangerous sports too, but you don’t feel like you’re always potentially watching somebody’s last moments. Tuesday made that moral debate all the more real.

Surfers have tragically died in big surf before. But the world’s never watched it on live television. So now that we’ve walked this close to the edge, it’s probably an appropriate time to ask, like Albee Layer pointed out, if we are prepared to watch a professional surfer die on a live webcast? With the stakes of sports entertainment in big-wave surfing ratcheting to Icarus’ highs, we’re better off answering that question now than during a globally-broadcasted paddle out.