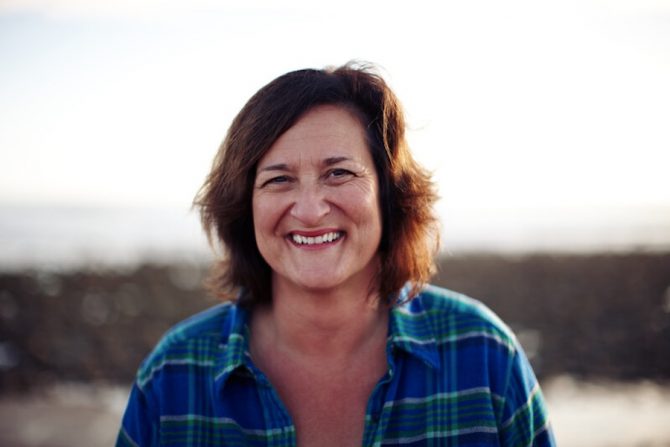 Patagonia CEO Rose Marcario has spent over a decade with the brand.

In a release sent to media members yesterday, Patagonia CEO Rose Marcario announced that she was leaving her role as CEO of the company this week. Marcario spent 12 years with the brand and helped turn it into a leader in the corporate protest movement during an uneven moment in the country’s history with regards to environmental upheaval (as well as social).

“During her tenure,” read the release, “Patagonia was established as a leader in the Benefit Corporation movement – prioritizing people and planet, not just profit. She spearheaded the move for the Outdoor Retailer trade show from Utah to Colorado as a way to leverage brand strength for conservation goals and she oversaw the company’s strategy to protect millions of acres of land including Bears Ears National Monument (Utah), Jumbo Valley (British Columbia) and the Arctic National Wildlife Refuge (Alaska).”

Marcario also established Patagonia’s Provisions food segment working to push healthy growing practices forward and created the Regenerative Organic Certification, “the highest bar of certification,” according to the company, “for workers/farmers rights, animal welfare and regenerative soil practices.” The release also said she established Time To Vote, a coalition working to increase voter turnout while leading Patagonia through “the most prosperous time in its 47-year history.”

“Rose has grown our advocacy efforts in ways I could never have imagined,” said Patagonia’s Yvon Chouinard. “With Rose at the helm, we are leading an overdue revolution in agriculture, challenging this administration’s evil environmental rollbacks, growing a movement to increase voter participation in our elections and raising the bar on building our product in the most responsible manner possible.”

When contacted about the reasons for her departure, Marcario said this had been in the works for some time. “We have been planning my succession since late last year and believe now is the right time for the next generation team to step in to reimagine the business for a bright future,” she said. “Patagonia is in great hands, and on a path for 100 years of success.”

According to Patagonia public relations, the pandemic apparently created a natural moment for that “reimagining” point and Marcario and the Patagonia Board both felt it was a good time for the next group of leadership to step in. The transition will apparently be lead by Patagonia COO Doug Freeman.