Perfection Found: Nicaragua Is Where You Want to Be 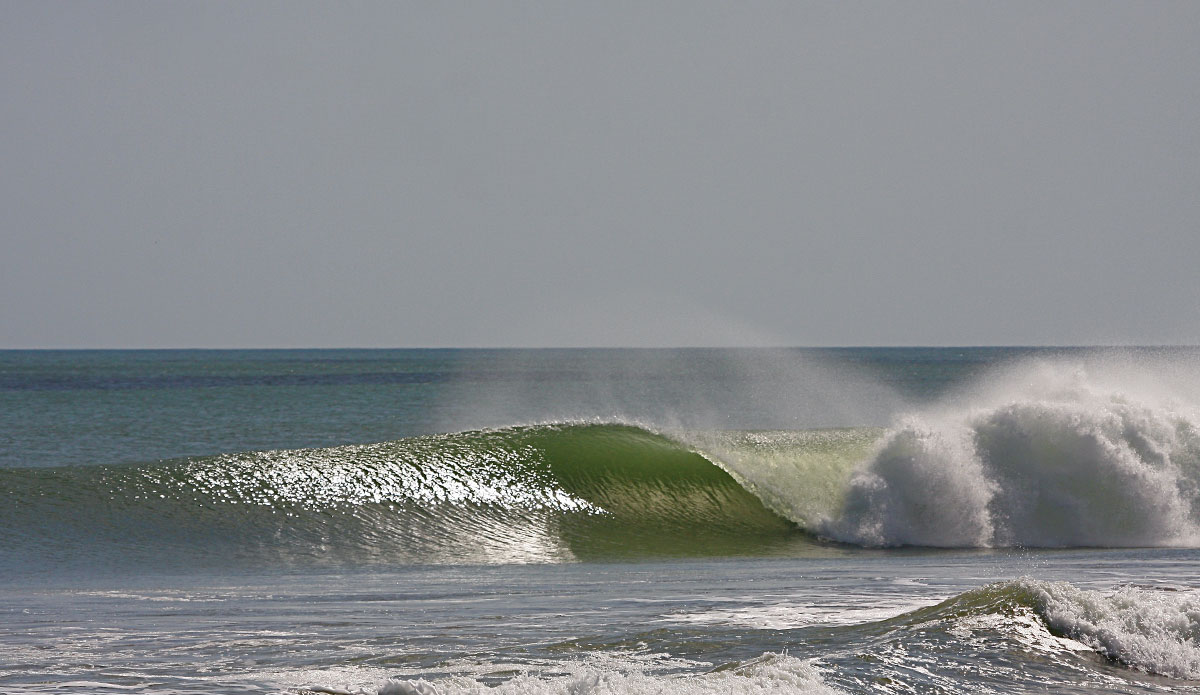 You can picture yourself here, right? 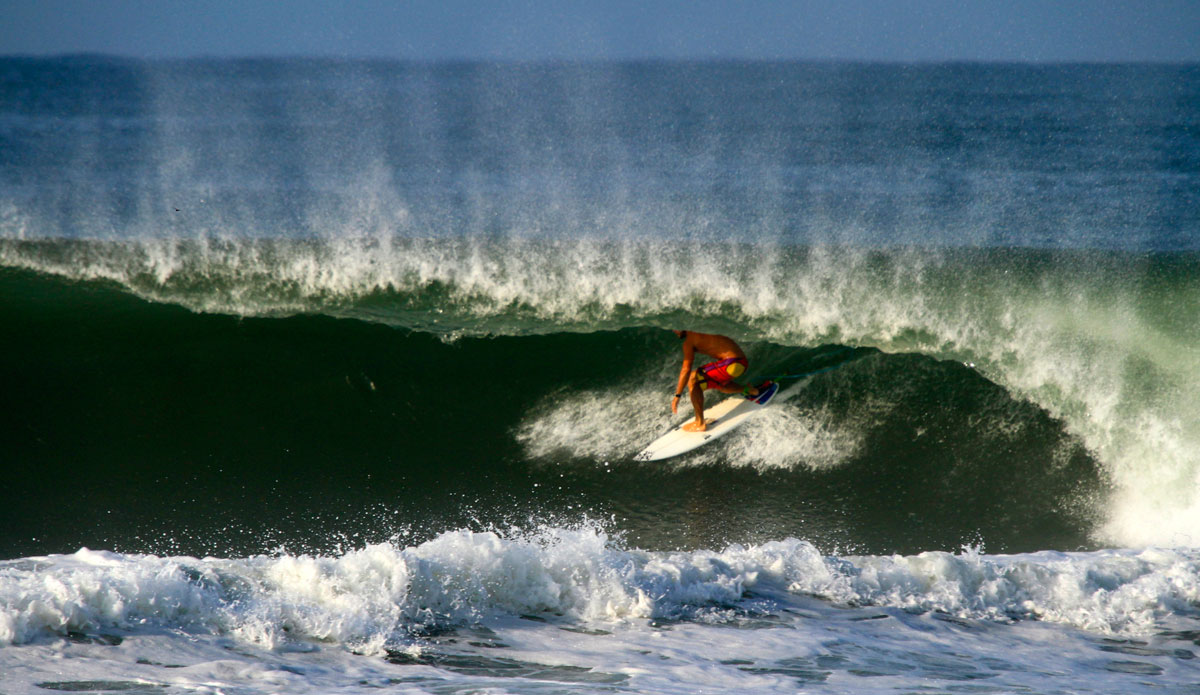 Yup, there are barrels. And offshores. Everything you need. 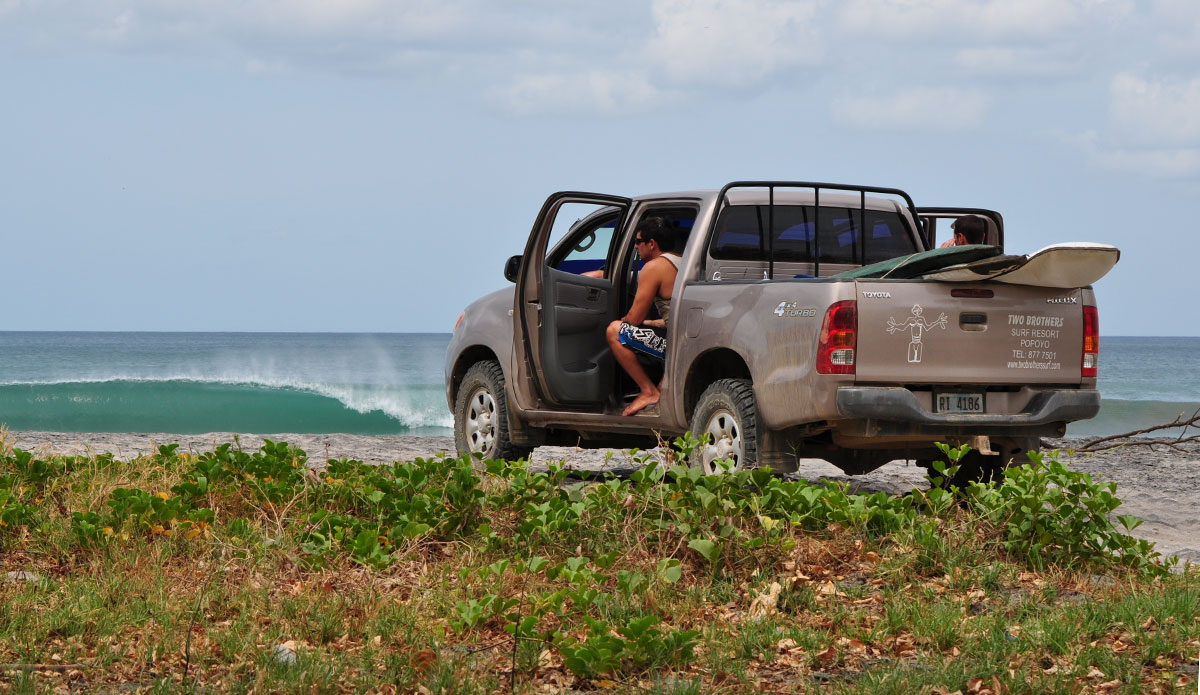 Seek and ye shall find! 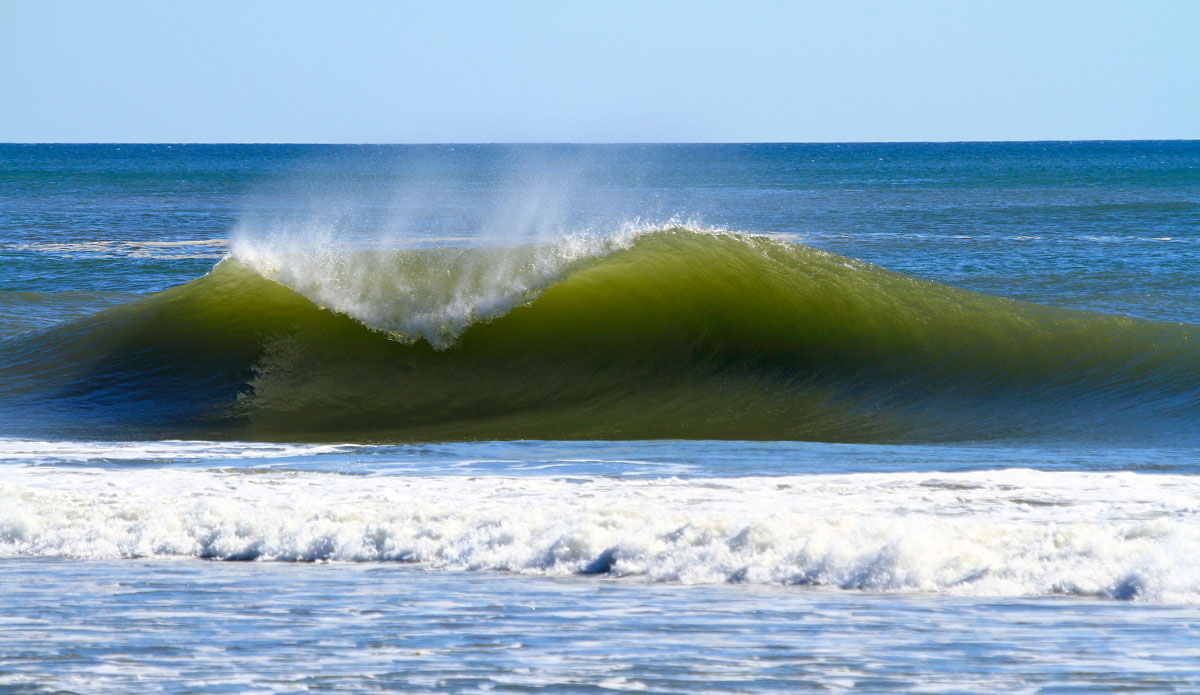 Green a-frames. That's what Nicaragua's about. 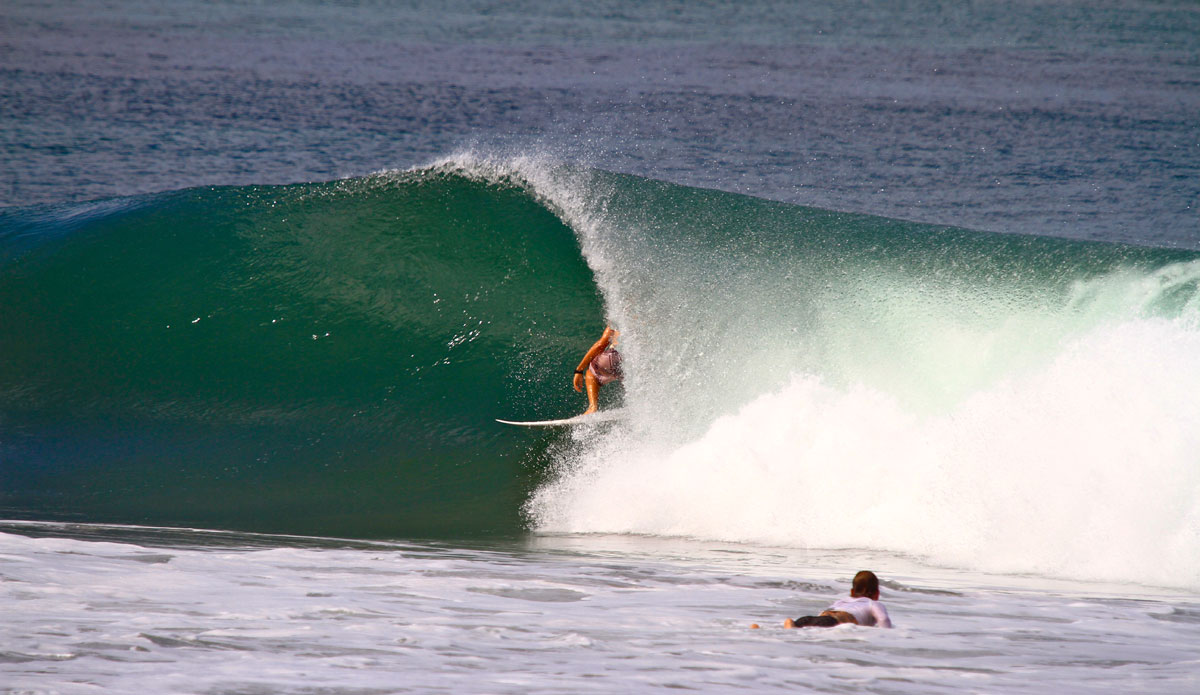 You need to hide from the sun somewhere, right? 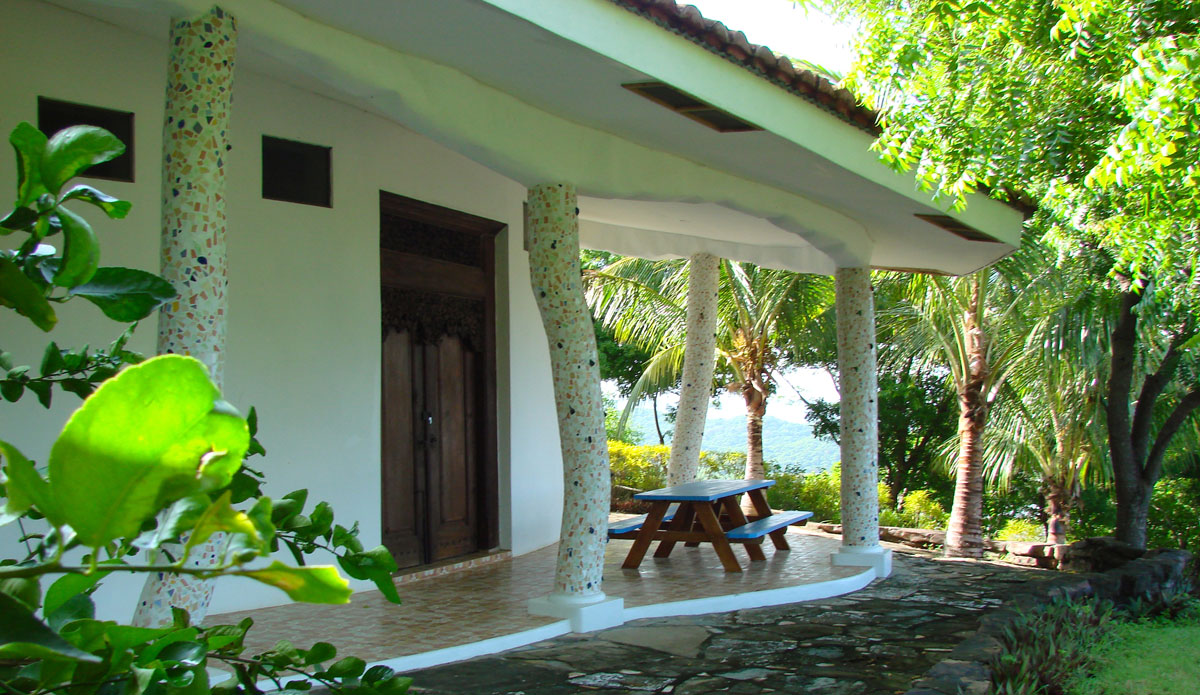 You could stay here. Isn't it crazy that it's e even a possibility? 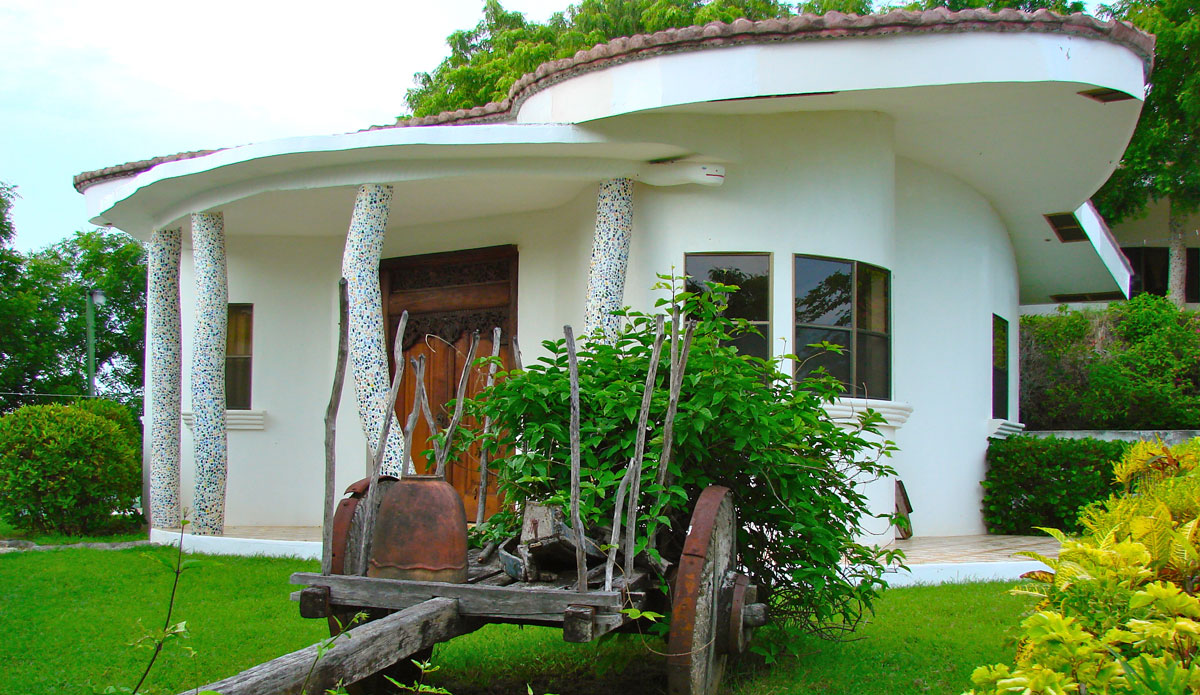 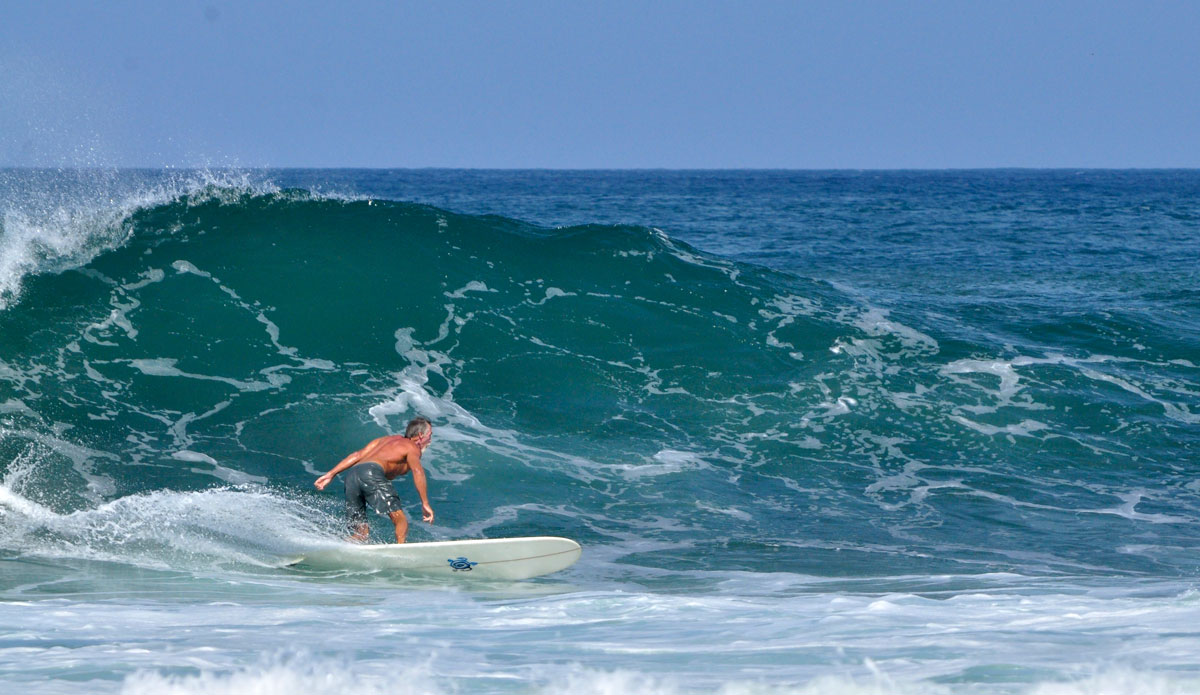 There's something for everyone here. 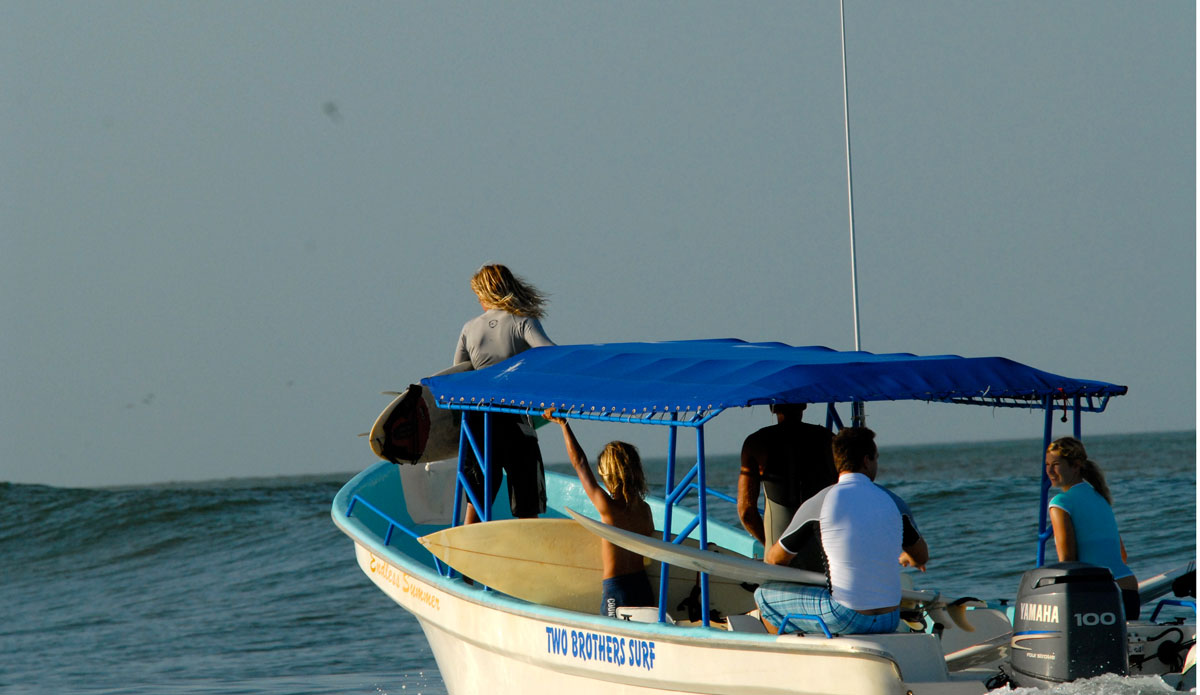 You know this feeling, don't you? 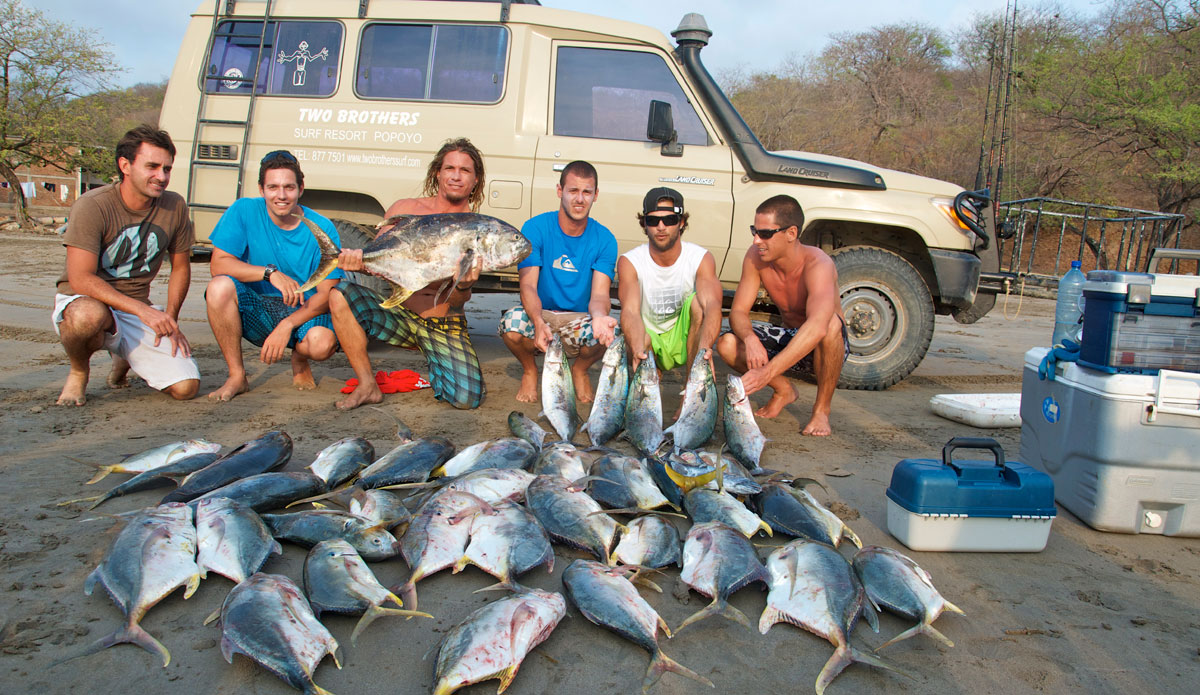 If you (God forbid) need a break from surfing, there is plenty of other things to do. 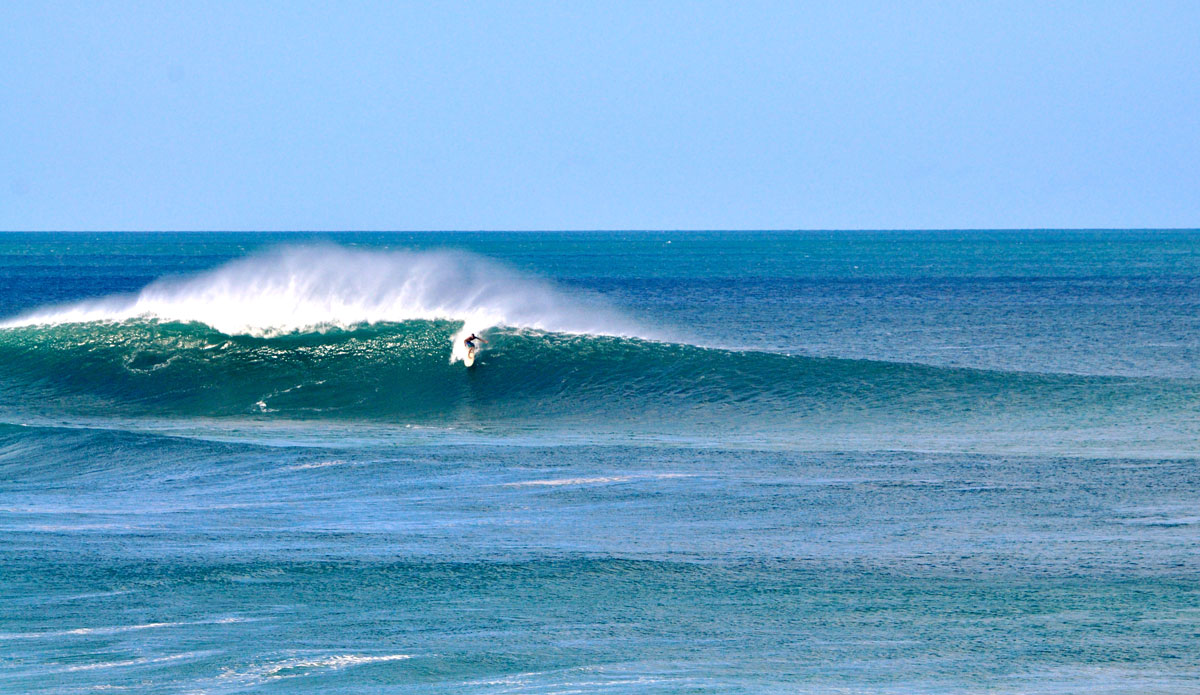 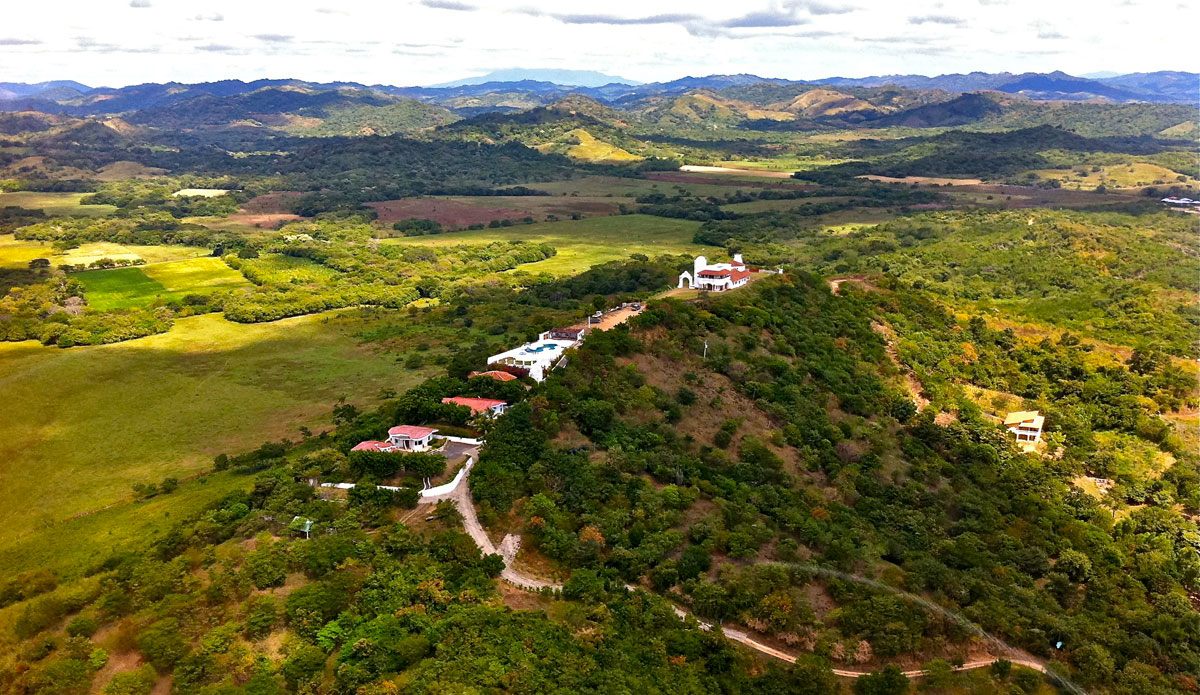 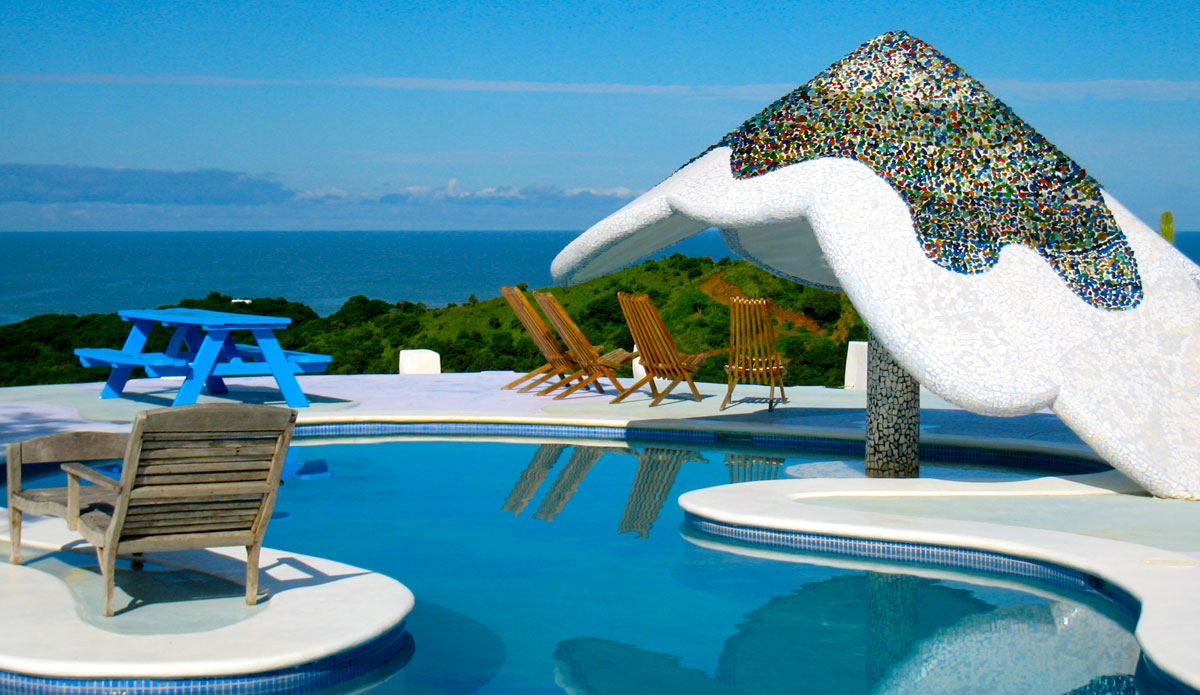 Not too bad for a pool. 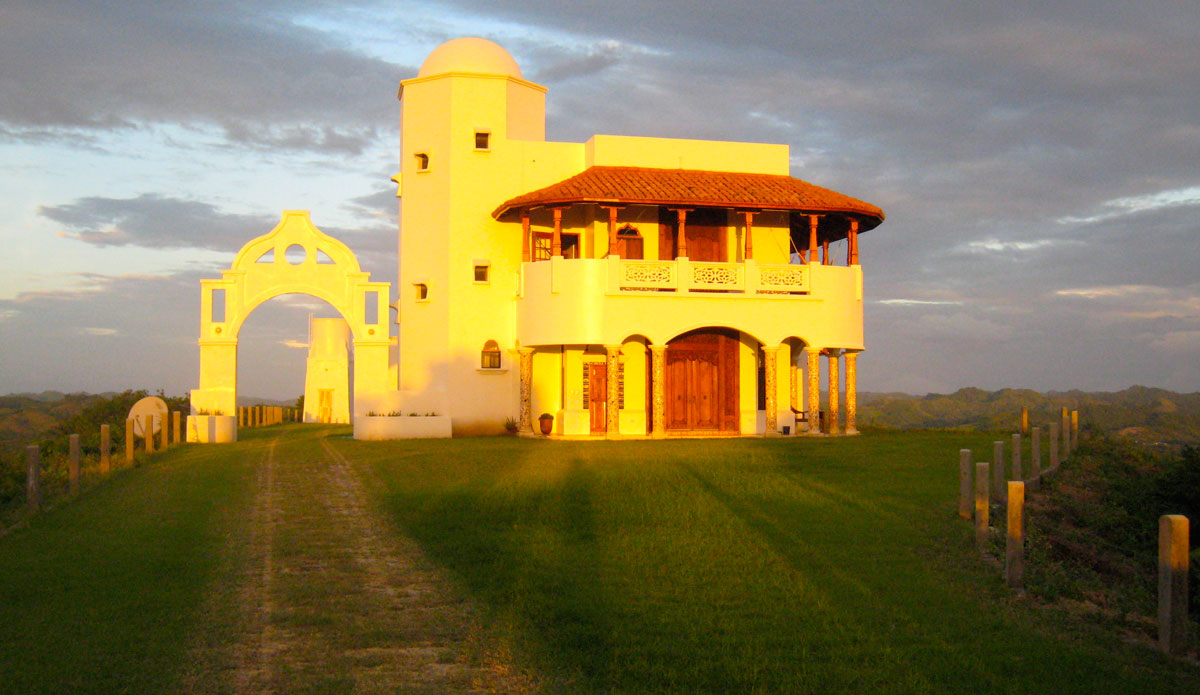 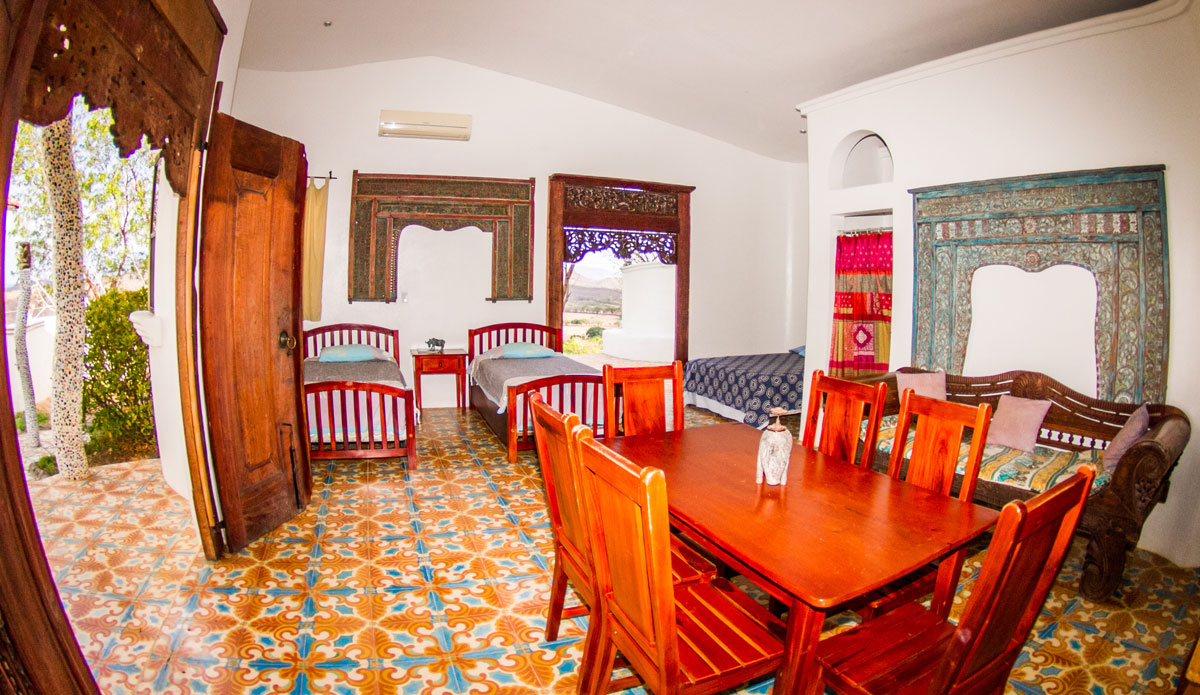 And this is where you'll be napping. You'll be dreaming of the waves you just got.

For the last decade or so, Nicaragua has evolved from one of those places you hear whispers about into a legitimate surf tourism destination. It is achingly beautiful – reminiscent of a time when untouched, unspoiled places still existed. It is, in a sense, in a perfect time right now. In the mid-‘80s, after nearly two decades of civil war, the country slowly began to rise up amid the chaos. The people began to smile again. And now, three decades after the end of the conflict, Nicaragua has emerged from the rubble into a full-fledged, wave-laden paradise for the traveller looking for a mix of old world charm and modern comforts.

The number of waves that litter Nicaragua’s coastline is seemingly unending. Around every corner lies a new gem. And while many of them have been discovered, the country hasn’t reached the shoulder-to-shoulder point that places like Australia or Costa Rica have.

Rocky hills fall into the sea while point breaks bend around them, molding themselves into roping freight trains held up by an average of 300 hundred days a year of offshores.

And on one of those hills lies a private estate called Two Brothers Surf Resort. Overlooking the majesty of the Pacific, the property is laden with papaya, mangos, limes, watermelon, and plantains.

But let’s be honest. You’re not heading there for the fruit. Two Brothers is smack in the middle of Popoyo, where over a dozen breaks work on nearly every condition. From March through September, southerly swells roll towards Popoyo, spinning off Pacific storms. One of the greatest things about the area is the vast array of waves – whether you’re looking for playful, mellow waves or powerful outer reef waves, you’ll find it somewhere, and somewhere close. With daily surf transfers by boat, you won’t run into the wave access problems experienced by many stuck on land. Two Brothers also carries a large selection of rental boards for those of you hoping to avoid airline fees.

One of the coolest things about the resort is how it’s run. Robert and Susan Gregory own and operate the place, and limit the amount of guests, avoiding crowded lineups and lessening the impact of tourism on the area. Their goal is to “plant, preserve and provide for the wildlife and habitat on their property, while creating beautiful architecture that does not draw away from the natural beauty of the land.”

Of course, there may be times when you need a break from scoring some of the best waves of your life. You won’t be bored at Two Brothers. The resort has its own 28-foot panga, which is used for fishing, whale-watching, and if you’re up to it, getting into the bigger stuff on one of the outer reefs. Hit up the hotsprings in Las Salinas and soothe your aching shoulders. Check out the local craft markets in Catarina or Masaya. Take a horse into the hills.

Or you can simply do nothing. Sit at the pool, pour a drink, and watch the waves you’ll be riding tomorrow.

Want to #GoThere? Book a trip with Waterways Surf Adventures.