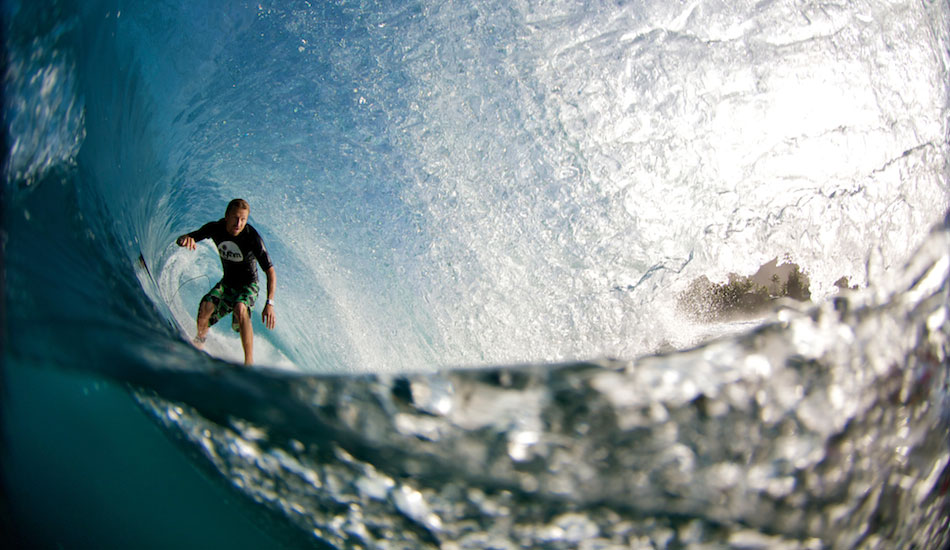 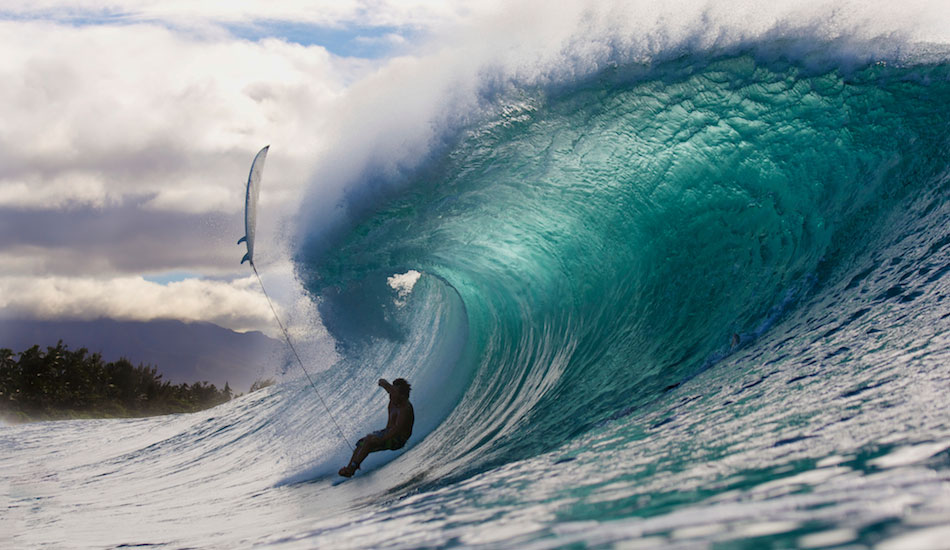 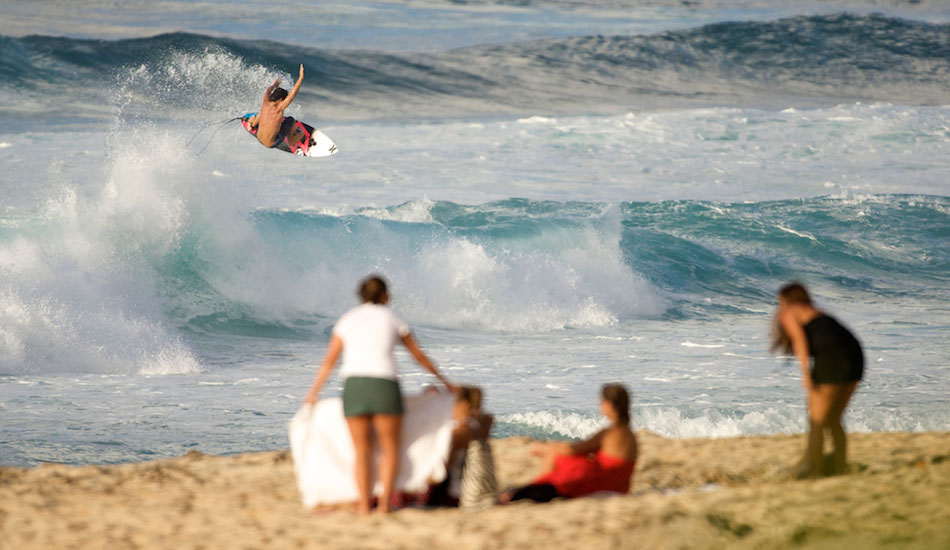 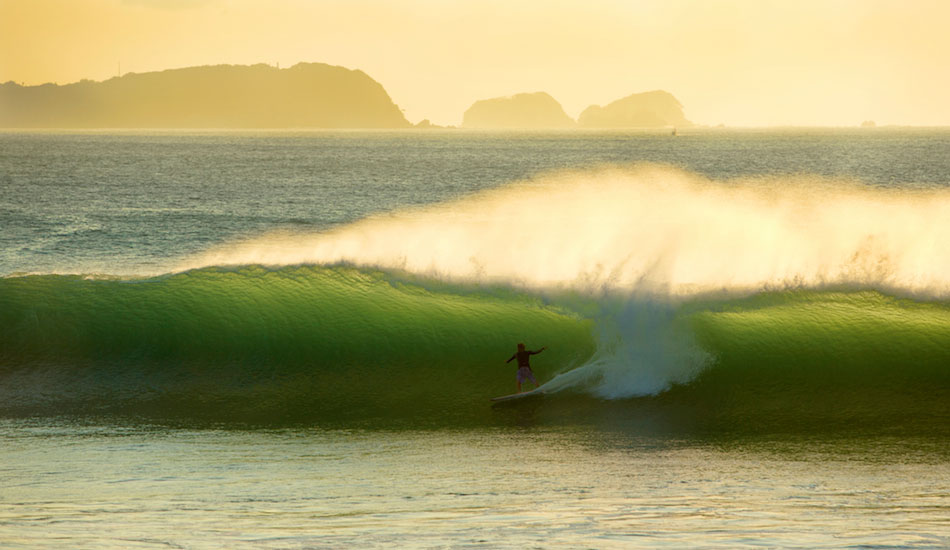 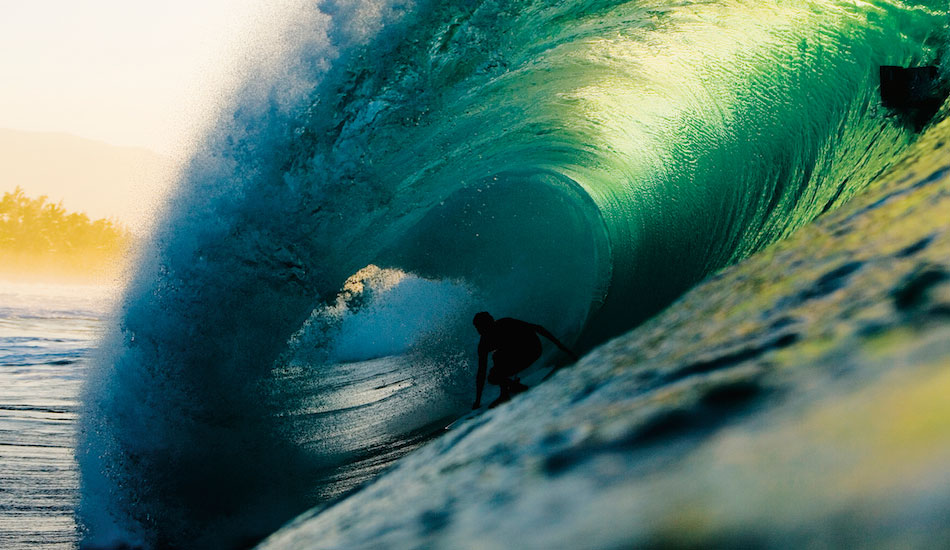 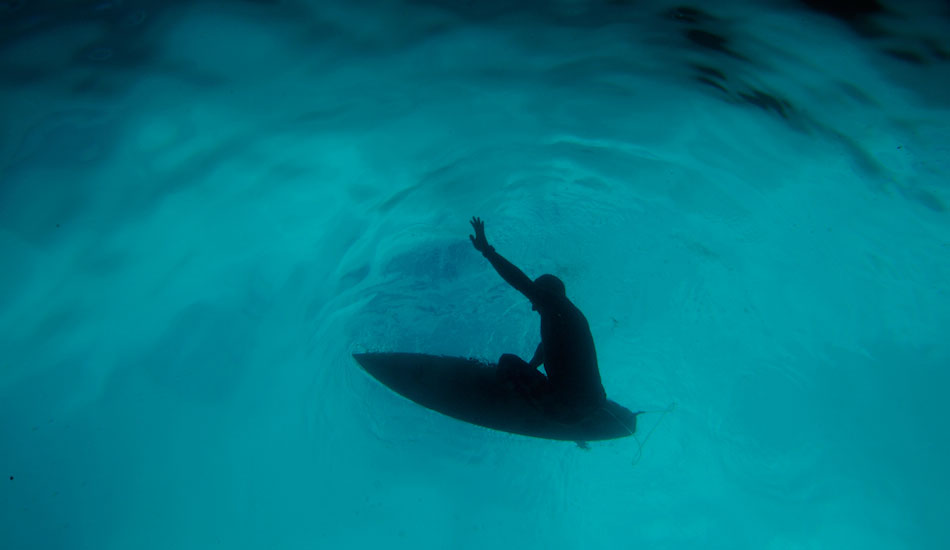 Tahiti from beneath. Photo: Jeff Flindt 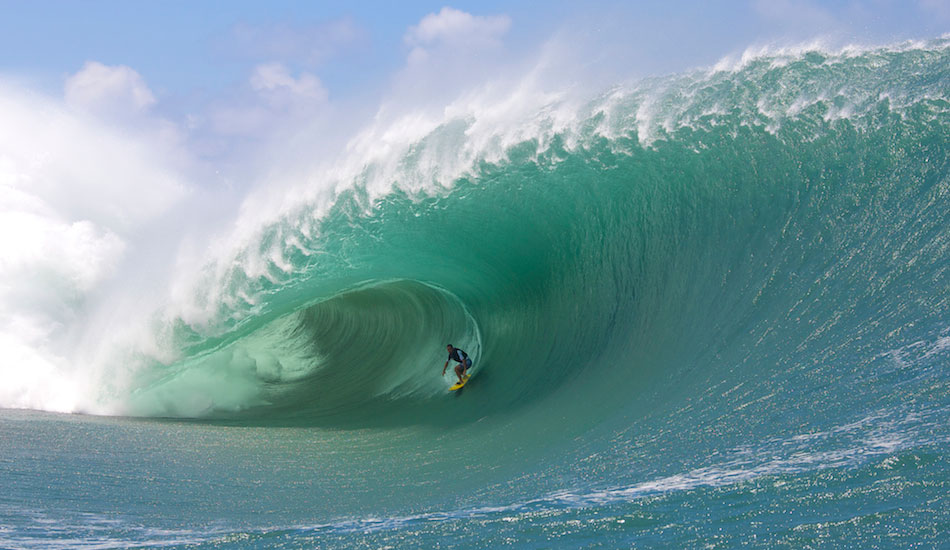 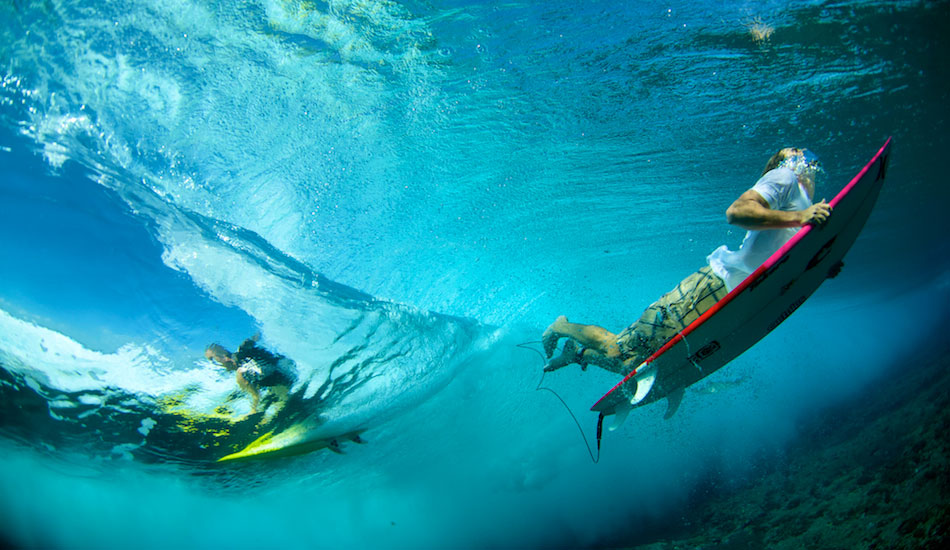 The old over under, Tavarua. Photo: Jeff Flindt 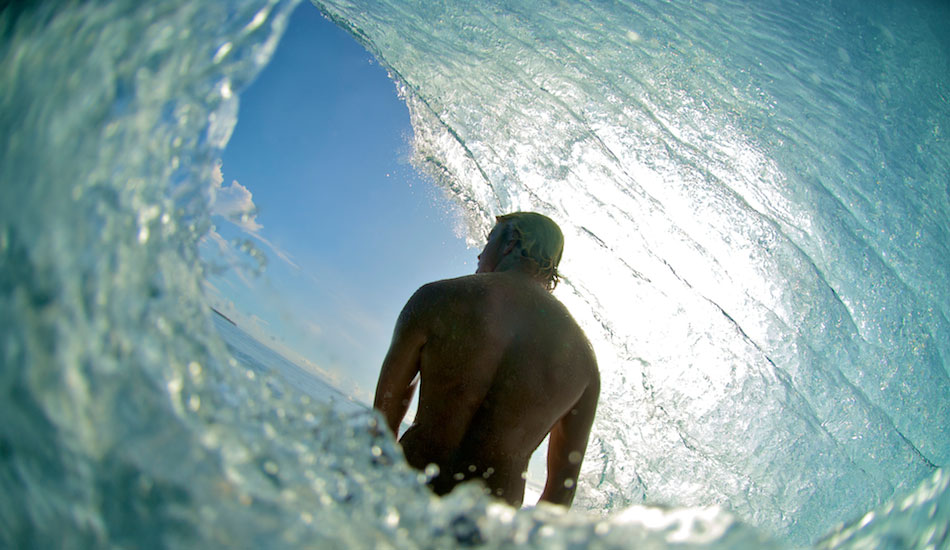 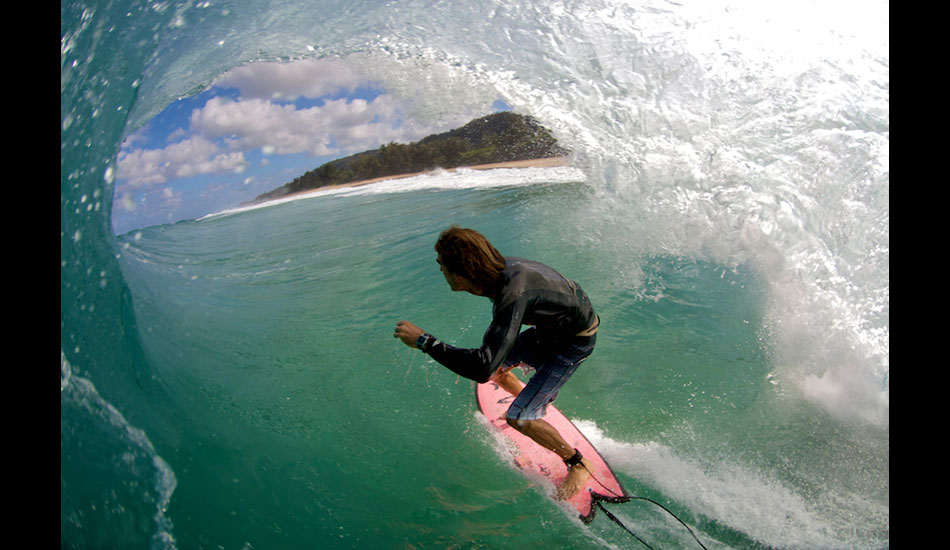 Jeff Flindt at the office.

I grew up in the center of the surf industry. Back in the ’90s, my father owned a couple of One Hour photo labs in southern California, and we were about thirty minutes from the beach. When I was sixteen years old, I started working with my father and signed up for high school photography classes to get familiar with a camera. I continued on with them in college, and soon realized that photography was what I wanted to do for work.

I would go to the beach whenever I could, to bodyboard and take pictures of my friends surfing. A couple of them, like Donovan Frankenreiter and Joe Grodzen, were professionals at the time. That was my foot in the door with Surfing Magazine and Bodyboarding Magazine. Every time I went to the beach, I’d see Larry “Flame” Moore shooting Creek. Instead of going out in the water, I would sit next to him and watch him shoot, listening to everything he said. Over the course of a couple of years, I’d built up a good relationship with him, and he introduced me to a lot of people in the surf industry.

At the time, it was hard for me to get my photos published in Surfing. I was competing against Aaron Chang, Jeff Hornbaker, Chris Van Lennep, Balzer, and Hank, among others. Even though it was almost impossible to compete against those guys, they were my inspiration to get my photos published. I wanted it so bad I’d pick up any job that was thrown at me. I didn’t say no to anything. I wanted to be like Chris Van Lennep in the water and Jeff Hornbaker on land. When it comes to water photography, Chris Van Lennep has been the biggest influence on me, but Flame taught me the basics and the work ethic. Van Lennep showed me the ropes in Hawaii, and helped me out with a lot of tips, though, which I’ve used around the world. I’d drive his film from the North Shore to Waikiki whenever he asked, staying up late to make sure he got it back from town. I was so motivated to be one of the best.

That’s where I’m at right now, I think. I’m probably one of the top water photographers in the world, but I can’t say I’m the best. In my mind, I will always be striving to be the best, but I don’t think mentally that I will ever be completely content with myself. Chris Van Lennep once said to me, “You want to be within the top six water photographers in the world.” Ever since he told me this, I have been trying to keep in the top six, and I do feel that I’ve done a pretty good job at it. I have been senior photographer at Surfing Magazine for over 8 years now.

The whole switch from film to digital was really good for my career as it has expanded my work. I remember swimming out at Pipeline or Backdoor in Hawaii and making a roll of 36 exposures last for 2-3 hours. Now the cameras are way faster and can shoot higher resolutions. I can shoot 10-15 shots on one wave because the cameras are twice as fast as the film cameras. And the cards can hold thousands of pictures. That has allowed me to get some really great shots, shooting more images in a sequence and staying in the water longer. Also, the digital censors on the cameras are more sensitive to light, so it allows me to shoot in more extreme or in more difficult conditions.

I like to shoot from the water. I like to feel the ocean under me. If I’m sitting on the beach shooting, it feels like I’m on the outside. If I’m in the water, then I’m connected to the energy of the wave that the surfer is riding. I can feel the moment better.