Power of Visualization: Catch Every Wave, Max Out Your Session 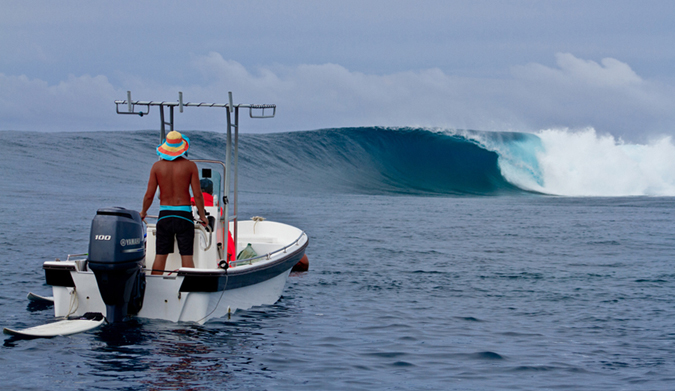 Have you ever thought about it? How much you actually surf that is. Some of you would say, “I surf for a few hours every day.” Awesome! But sorry, no you don’t. Before I sound too much like a jerk, let me explain, as there is a way to maximize your sessions to catch nearly every wave.

A little while back, while coaching some of my groms, I noticed something that forever changed the way I coach and surf. With a contest coming up, every kid who did NSSA in Hawaii was practicing at the spot. The waves were semi-consistent but nowhere near enough to keep up with the demands of frothing grommets. I started to time the sets. As I was doing this, something hit me. My kids have been surfing for about two hours and only caught about five waves. I started timing how long each ride was. For this particular spot, the average ride was about ten seconds. I then ran some numbers. Hours of surfing, two; total wave count, five; average ride time, ten seconds; total time actually surfing… 50 seconds! Mind blowing, right?

Surfing is a unique sport because of our dependence on Mother Nature. Soccer players can go to the field whenever they want to practice their penalty kicks. And tennis players can go to the court when they really need to work on their serve. But our court moves locations with the changing of a swell or even tide. Sometimes we have no court at all! We are at the mercy of our elements. This is the part where we accept our fate: we must wait for wave pools to be better developed and for them to pop up in every town; or spend thousands of our hard-earned dollars to chase swells to secluded locations far, far away from our homes. Yet maybe there’s a way to get more waves — to get every wave! What if I could catch every wave in every set without getting beat up by everyone?

Call me crazy, but have a look at this first. Listen and do what Dr. Jarrod Spencer is asking the group to do. You will be amazed by the “Power of Visualization.”

So, Dr. Spencer talks about a lemon. I took this and, instead of a lemon, I watched wave after wave after wave. Every wave that came in, I was on it. I was mind surfing it to the point that I started making subtle body movements. I began to really believe I was surfing. People already do this a lot with their hands, but do they really get into it to the point that it almost becomes real? I wasn’t mind surfing and pretending I was doing huge airs back to back then getting spit out. I mind surfed it to the potential that the wave offered. Just like the lemon exercise, if you get so caught up that you believe it is real, over time these exercises will have dramatic affects on your performance. And your time spent “surfing” will increase 500%.

Let’s get a few things straight. I didn’t just mind surf for two hours — I mind surfed for half an hour before I paddled out. With the groms and their short attention spans, it was about 15 minutes before and after their sessions. It was a pre- and post-surf visual warm up and cool down. In those 30 minutes the kids mind surfed, they got about six extra minutes of surfing. That’s more than five times what they got from being in the water on the pre-contest day!

Just like everything else, this will take time to develop before you see any progress in your surfing. But trust me and jump on the crazy train to imagination town and see what happens. Can’t hurt right?