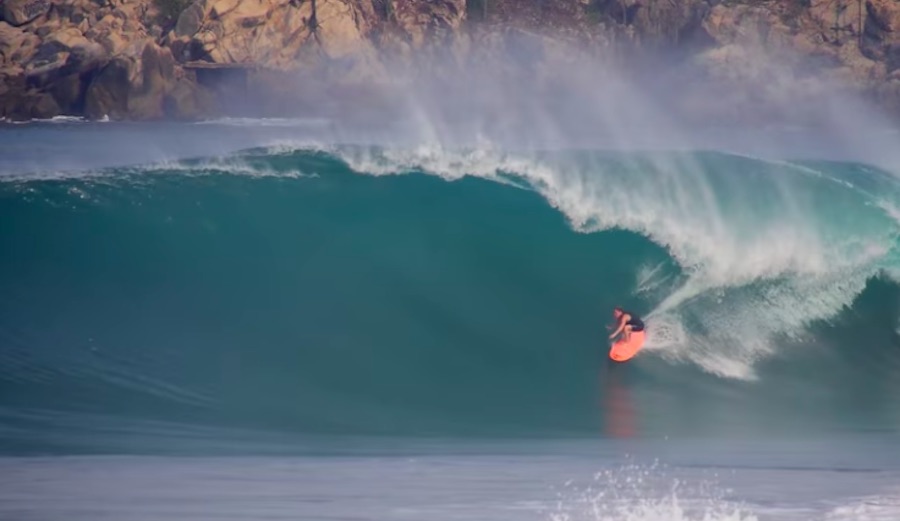 Last week, we reported Bianca Valenti and Keala Kennelly, founders of the Committee for Equity in Women’s Surfing and perennial standouts in lineups from Mavericks to Puerto Escondido to Jaws, launched a GoFundMe to crowdfund the shortfall between the men’s and women’s prize purses at the upcoming Puerto Escondido Cup. In 48 hours since the campaign launched, it reached its $9,000 goal and continues to carry momentum – and likely will continue to – until the campaign ends later this month (at time of publication, the campaign had already raised $11,100, donate here!).

The spirit of the campaign is novel to be sure – instead of fighting to redistribute the already relatively small prize purses (first place in the men’s division earns just $7,000 and the women’s champ earns just $2,500), the aim is to elevate the women’s purse to meet the men’s and distribute any additional funds equally to give every competitor, male or female, a bonus. It’s a “rising tide lifts all boats” kind of thing.

That an effort to crowdfund equal pay has to exist in 2019 is a debate for another time, but that it received such overwhelming support and was fully-funded so quickly is a sign of the times. Fifty separate donations of between $10 and $1,000 over the course of a single week made equal pay and then some a reality at this year’s Puerto Escondido Cup. It begs the question, could the approach be repeated and scaled in other contexts?

Over the weekend, the United States Women’s National Soccer Team beat the Netherlands in a monumental Women’s World Cup victory. But over the course of the campaign to win its second consecutive World Cup and fourth ever, the subtext of a class-action lawsuit the team filed against its employer, the U.S. Soccer Federation, loomed large. The suit alleges multiple forms of gender-based discrimination the team’s experienced relative to male counterparts, but chief among them is a major discrepancy in pay. As in surf, the true shortfall in average pay is difficult to calculate with sponsorship contracts, bonuses, and salaries. But, given the overwhelming support the USWNT has gotten from American soccer fans, would those same fans put their money where their mouth is and fund equal pay, whatever that number might mean, and send a message to the U.S. Soccer Federation and other sports leagues? Maybe surfing is onto something.

Obviously, the idea of raising $9,000 is a more manageable number than, say, $9 million or more. But, the progress surfing has made in terms of equal pay in the last few years has gained international attention and continues to inspire other female athletes in different disciplines in its efforts.

Editor’s note: A previous version of this article stated the GoFundMe raised its goal in “less than 72 hours” when in fact it took closer to 48 hours. The language has been adjusted to reflect this.