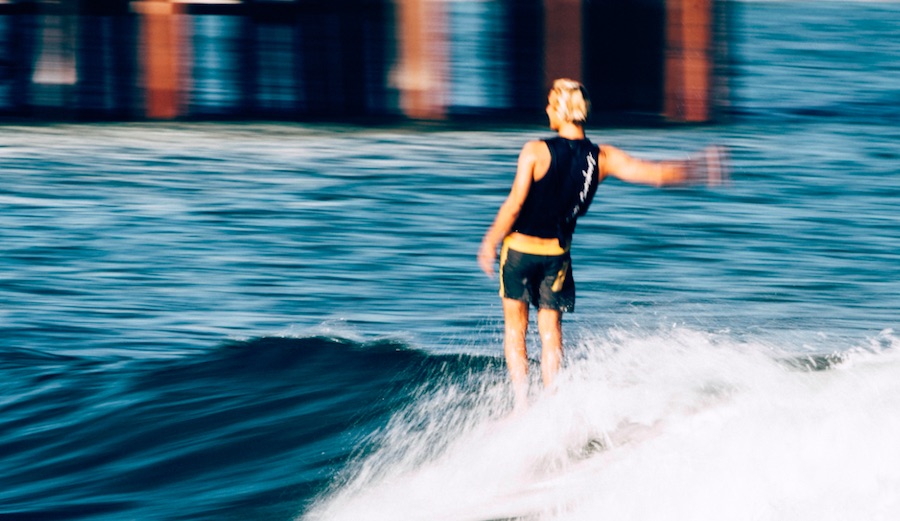 For a time there, few high-profile opportunities existed for longboarders practicing the sport in the traditional single fin, no leash style save what you might call “club contests.” Events like the Malibu Surf Association’s annual MSA Classic have stubbornly persisted since the early sixties, but Joel Tudor deserves immense credit for taking the club contest one step further in recent years with his Duct Tape Invitational (and now Duct Tape Festival) series. And now, between Duct Tape events, the World Surf League’s revamped Longboard Tour, and Relik’s renegade “world tour” there are ample opportunities for fans to watch their favorite surfers trim and noseride their hearts out.

With respect to the latter, Relik ranks highly on the watchability scale – attracting the world’s best loggers like moths to the flame with the promise of empty First Point Malibu and $100,000 prize purses for the men’s and women’s divisions respectively ($15,000 each for first place). And it’s all going down this week.

You may remember Relik began in 2017 with an upstart invitational event, also at Malibu. The following year, organizers announced an ambitious plan to create a two-stop world tour by adding an event at Southern California’s other premier surf break, Lower Trestles, with a combined purse of $150,000 split between the men and women. Until then, it was the largest prize purse available to longboarders. Now, Relik’s upped the ante to a $200,000 combined purse.

In 2018, Relik also pioneered a unique video-submission format soliciting longboarders from around the world to enter for a coveted wildcard slot on the tour. All in an effort to find the best surfers wherever they live.

“We wanted to open up the invitation to the entire globe of new, undiscovered talent that was just waiting for their opportunity,” Relik says on its website.

From Malibu to Lowers, Relik embraces a “ride what you like” ethos, but also has clearly defined criteria that changes based on the destination.

“At Malibu, long-regarded as the sport’s premier traditional longboard wave, competitors, regardless of what board design they choose to ride, will be judged using a clearly established criteria that takes into account all the elements of classic longboarding: flow, economy of movement and control on the nose,” Relik’s site reads. “At Lower Trestles, renowned as one of the world’s best high-performance waves, a different scale will be applied, with higher scores earned by rides incorporating powerful turns, speed and flow in and out of the pocket.”

The wait period for Relik’s Malibu event opens today and goes through June 28th. Check back here for updates.