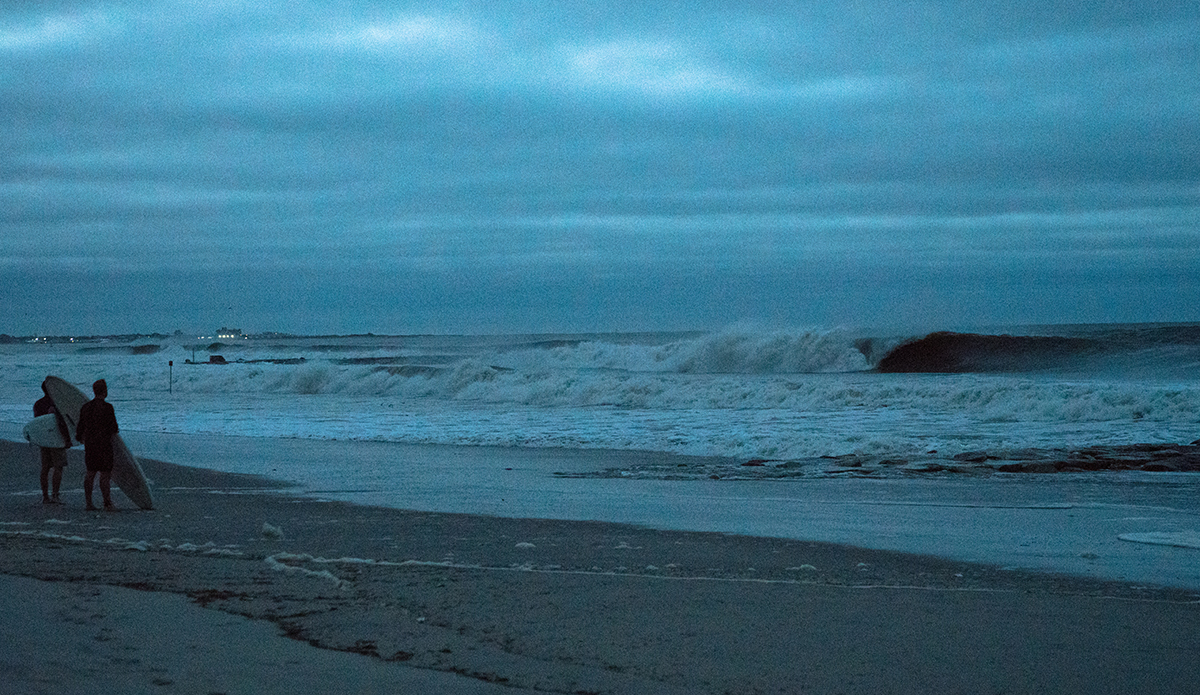 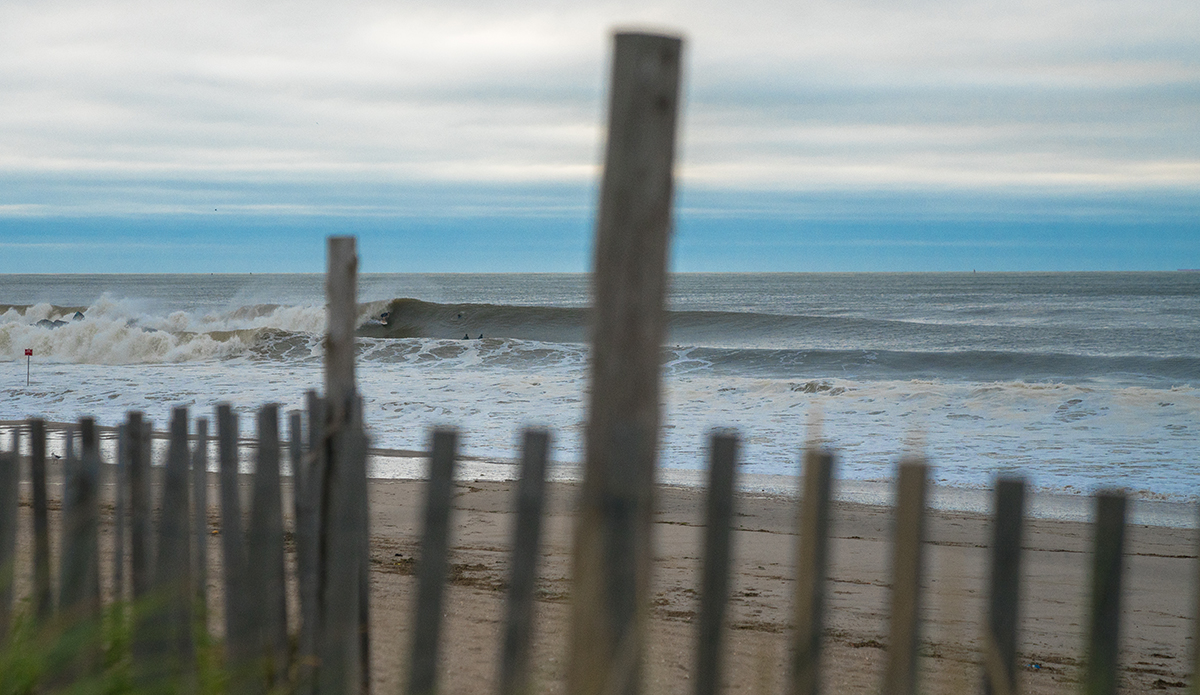 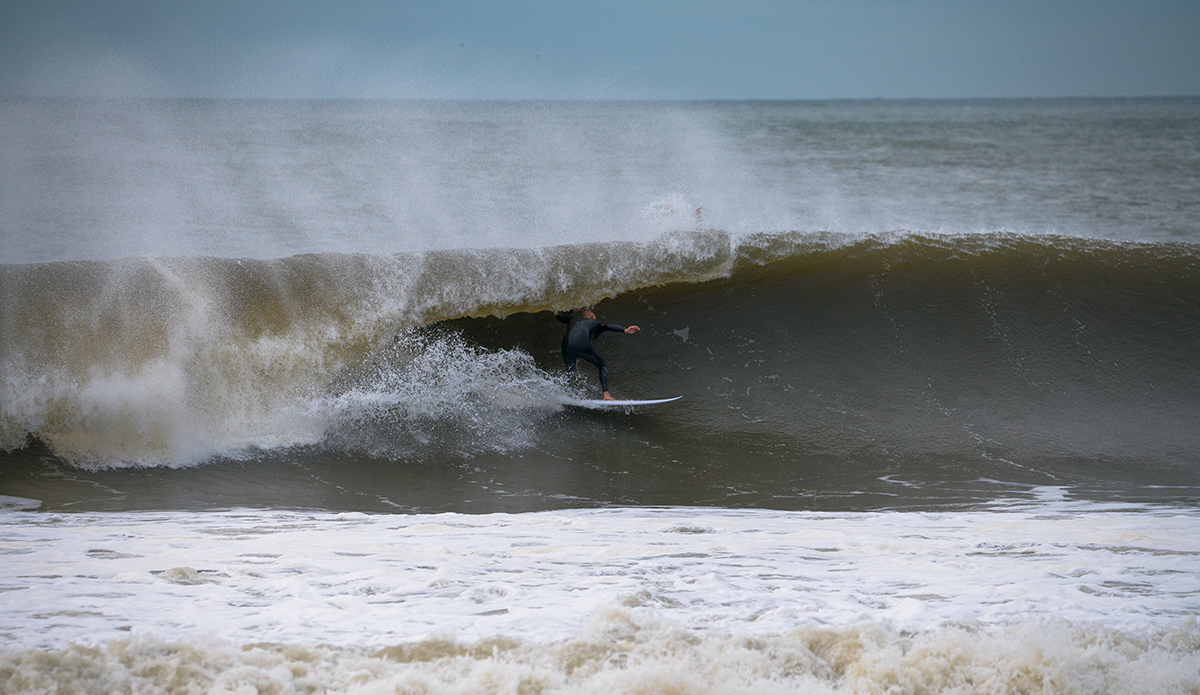 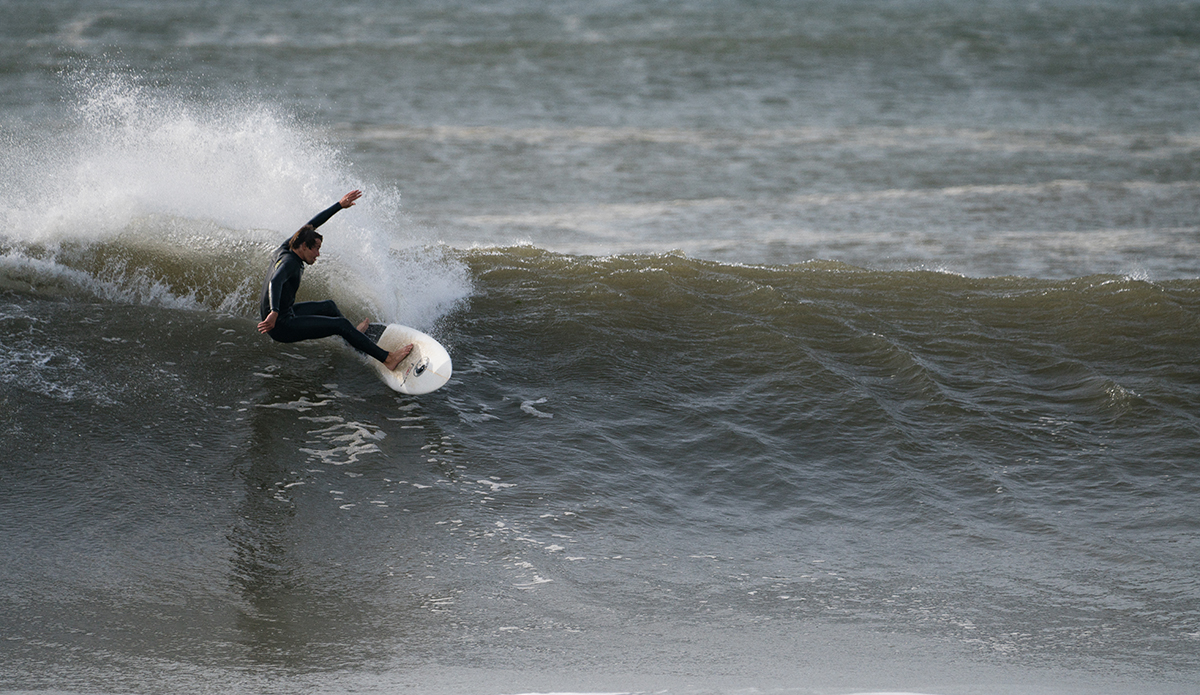 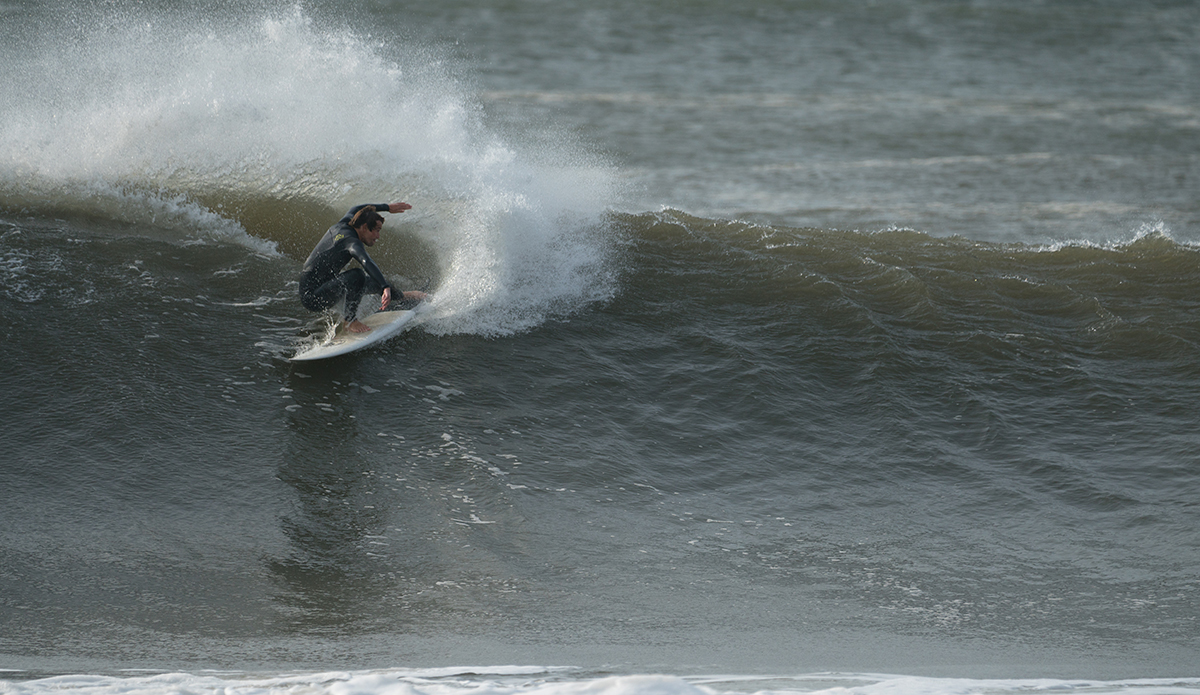 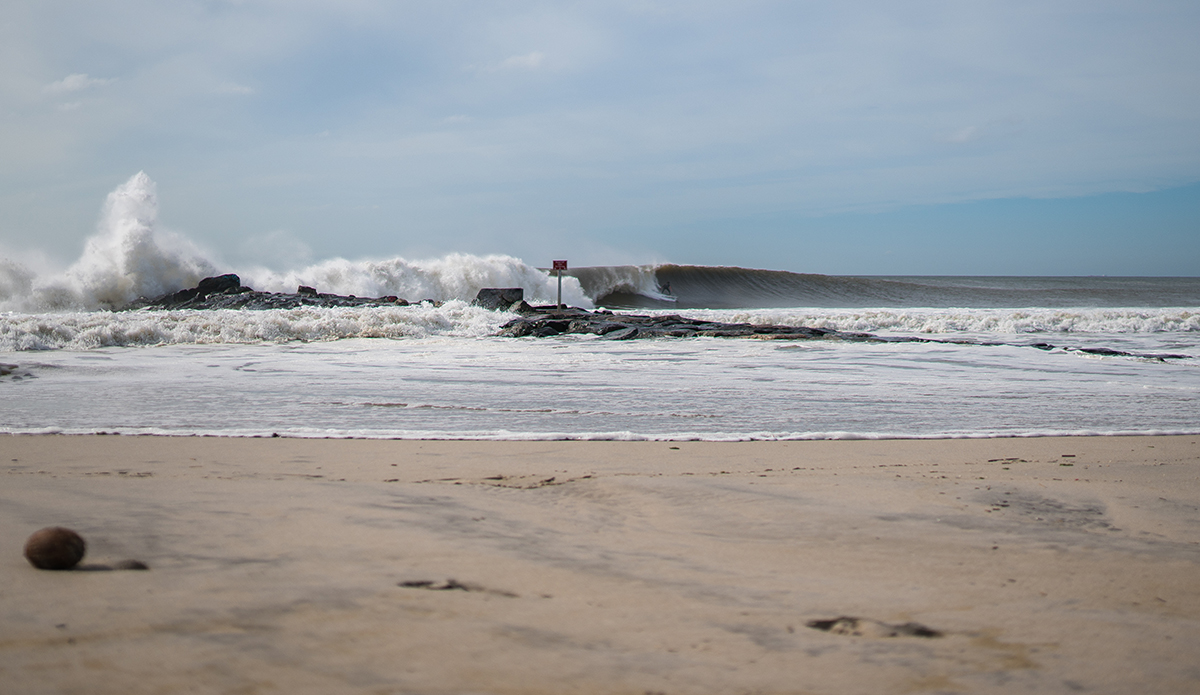 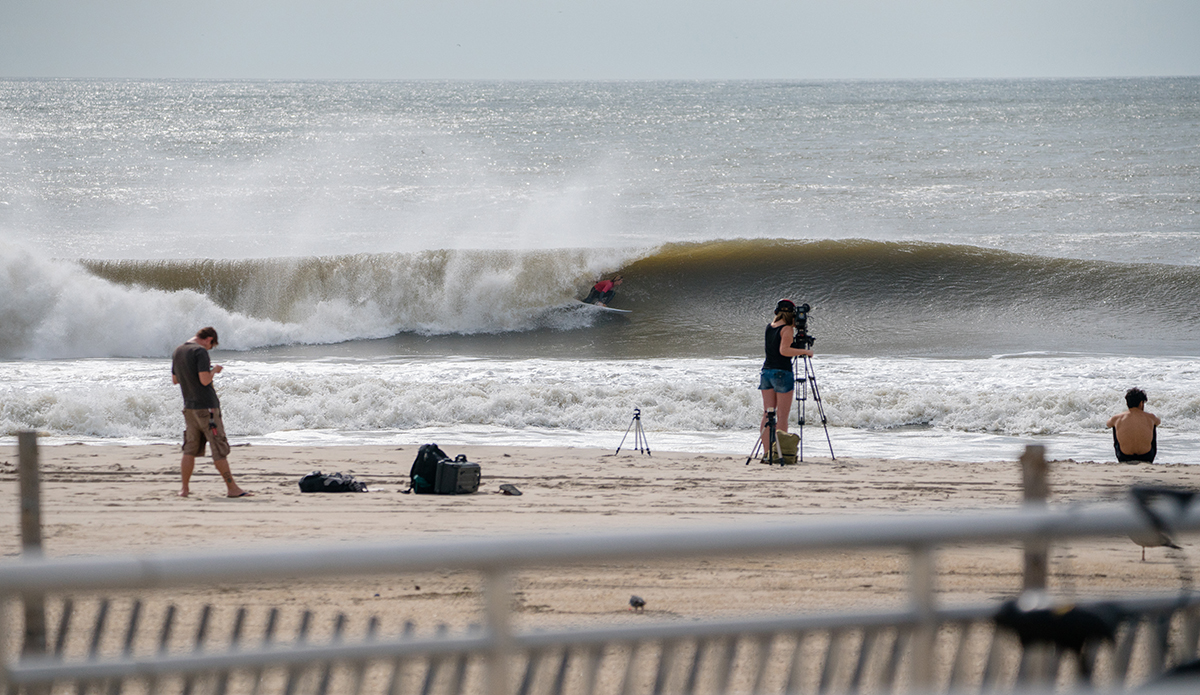 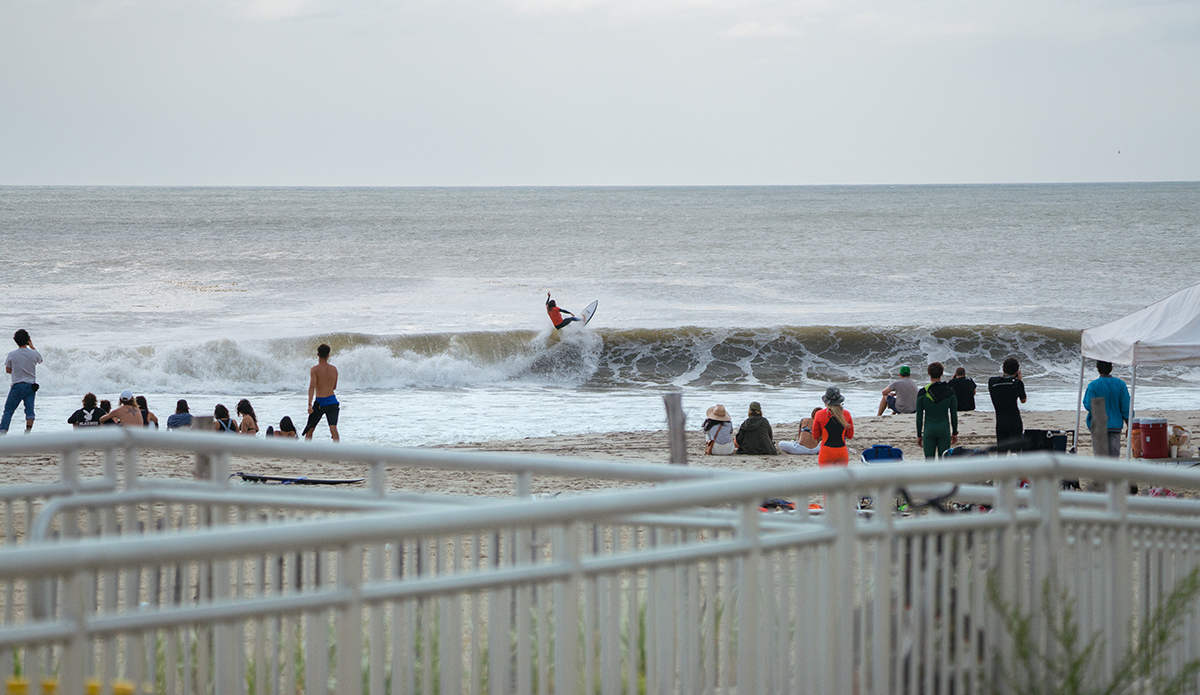 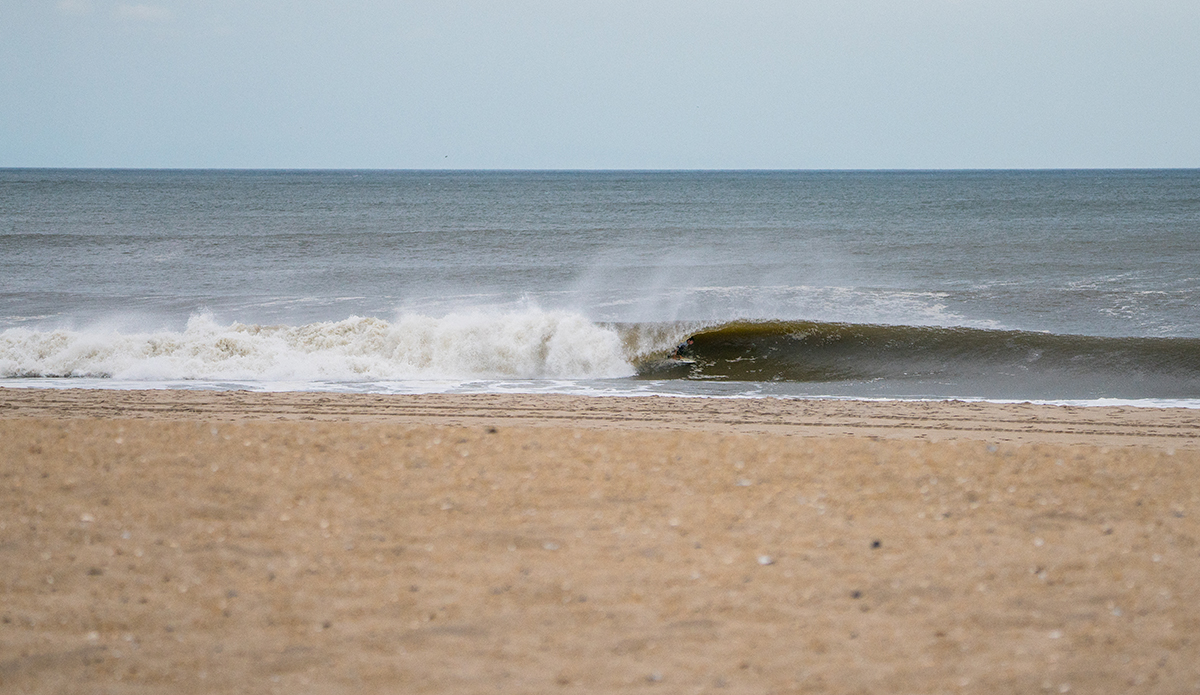 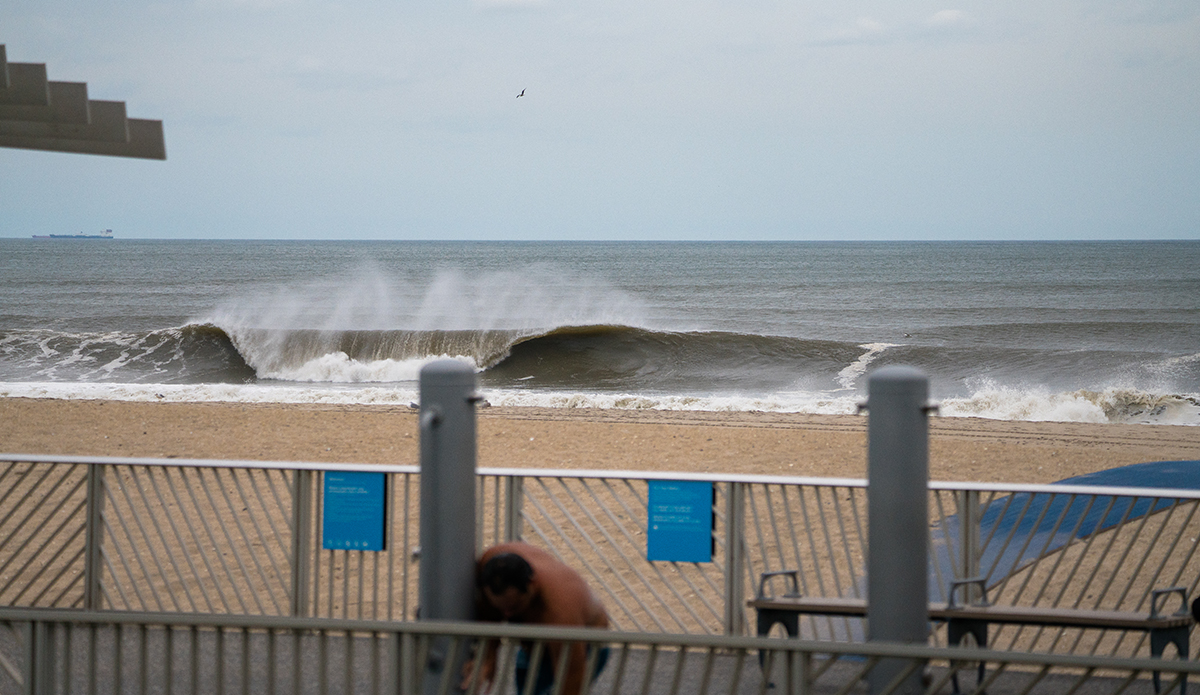 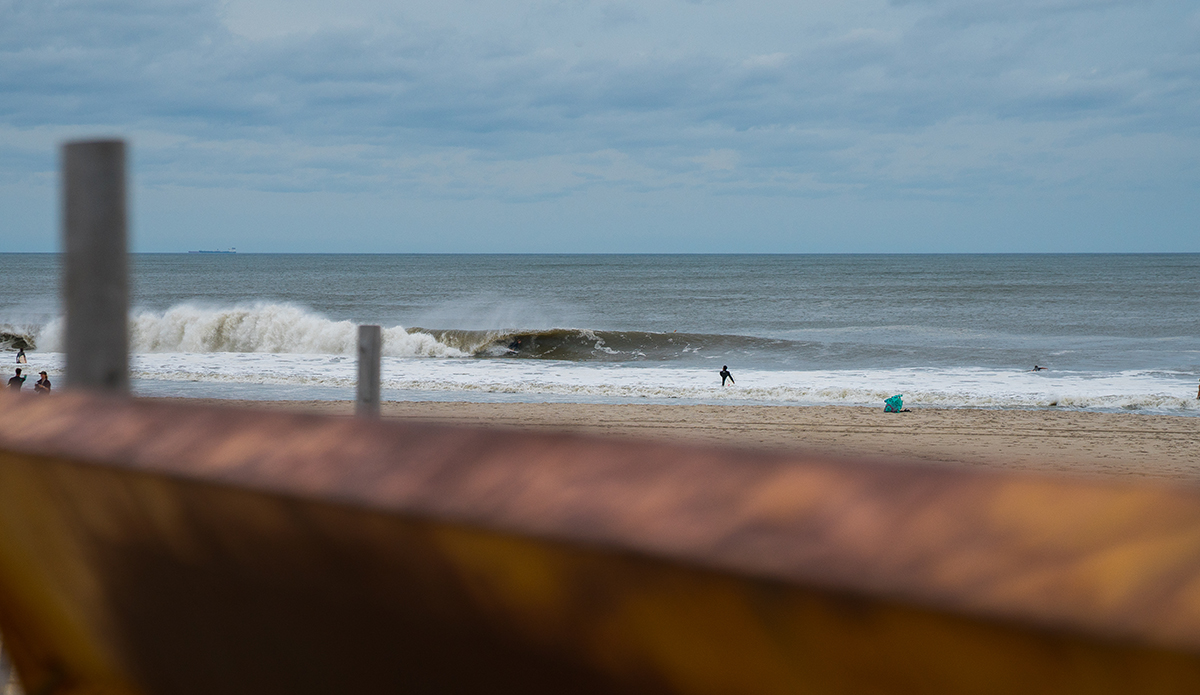 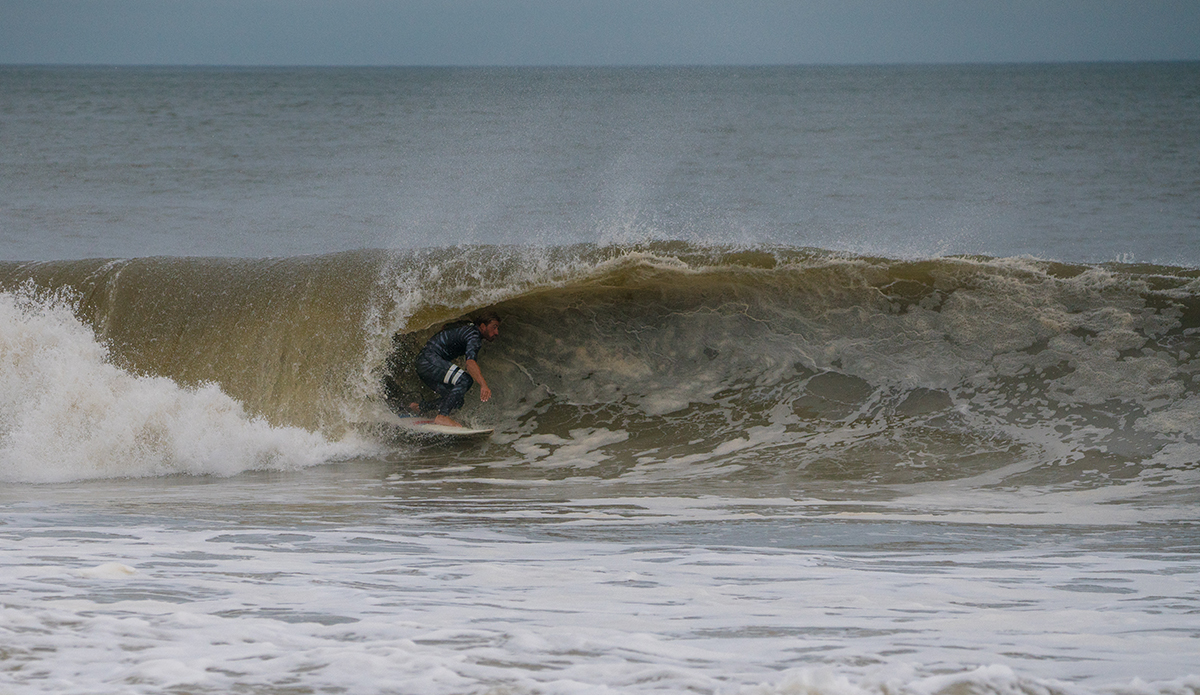 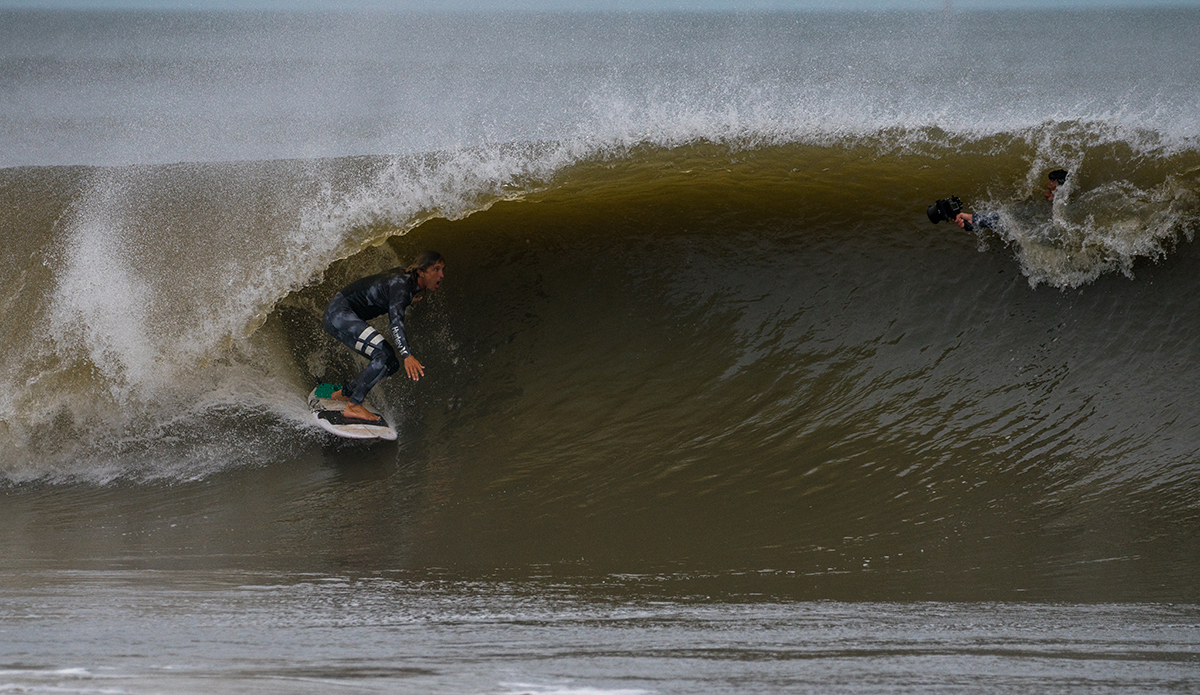 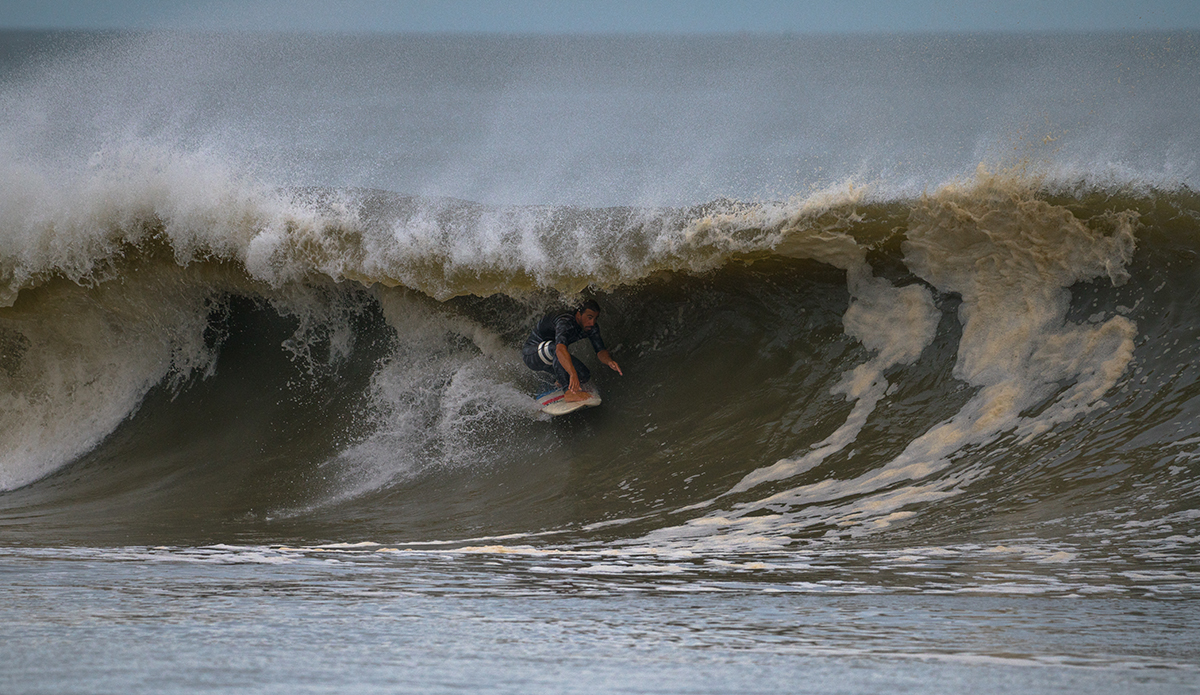 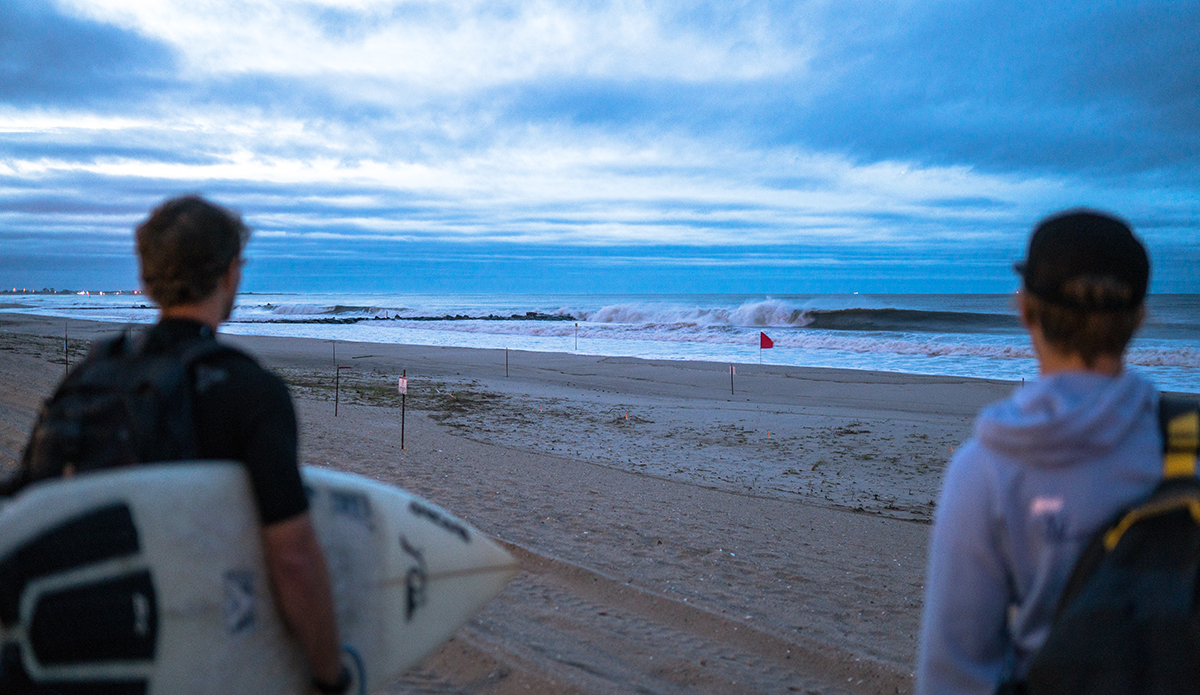 It’s 4 a.m. in New York City, and I have my thumb outstretched to complete strangers in an SUV. The last person to get in their car was holding a surfboard so, technically, am I hitchhiking? Who cares? They didn’t give me a ride to the beach, so I enviously continued my walk to the F. I wait 30 minutes in Brooklyn for that beloved A train to take me to the end of the line, AKA Rockaway Beach.

“Rockaway sucks,” they said. “Rockaway can’t hold size.” Well, as a recent Great Lakes transplant I was definitely willing to see just how much “Rockaway sucked.”

Two surfers jump on the train. One sits next to me and pulls out a book called Breakfast of Champions by Kurt Vonnegut. Clearly, he should be writing this but after reading the title and realizing I skipped breakfast, it hits me: Everything’s the same. I’ve been here before. I’ve been exhausted on this same train four other times.

In Rockaway, favorable wind and swell from Hurricane Jose peaked Wednesday, September 20th. One spot had a few sets roll through that resembled a point break but after stumbling upon what seemed to be a mini surf contest, I knew this jetty had good surfers to go along with the waves. The rest is boring, really. The contest ended and Tj Gumiela and Jeff Anthony ran a clinic out there. Sure, the other surfers dropped into a few waves but every set I saw Tj and Jeff had the pick of the litter, dropping into barrel after barrel.

I moved to New York to pursue photography and surfing, and between Gert, Tropical Depression 10, Hurricane Irma, Jose, or now, Maria, I’ve completely lost my marbles. It’s effectively wiped away any memories of chasing wind swell on Lake Michigan.

I’m learning how things work here quickly. I recently posted a photo on Instagram with the caption “Rockaway Sucks,” and somebody made sure to comment “Keep it that way.” So I reckon I’d better just tell you what most say. Rockaway sucks. It can’t hold size. And nobody surfs there anyway. Because it sucks. #SeptemberToRemember