Rockaway to BK to LA: Artists and Surfers for Sandy Relief 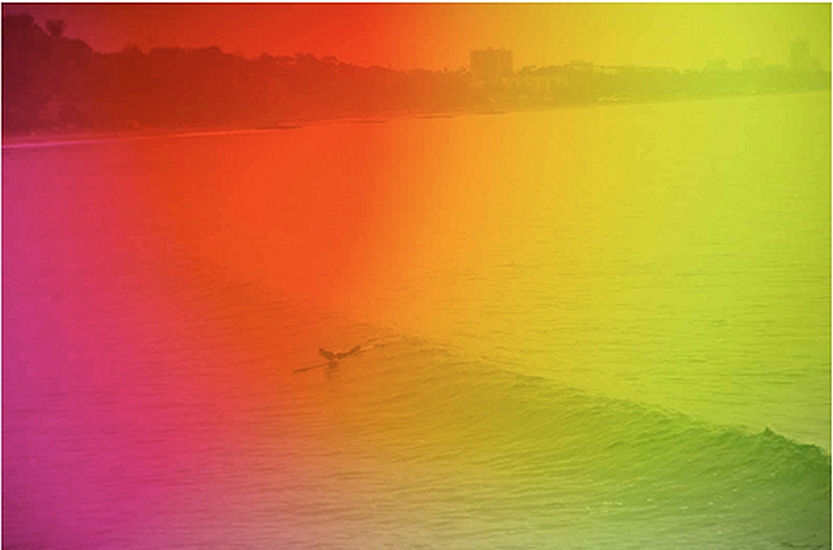 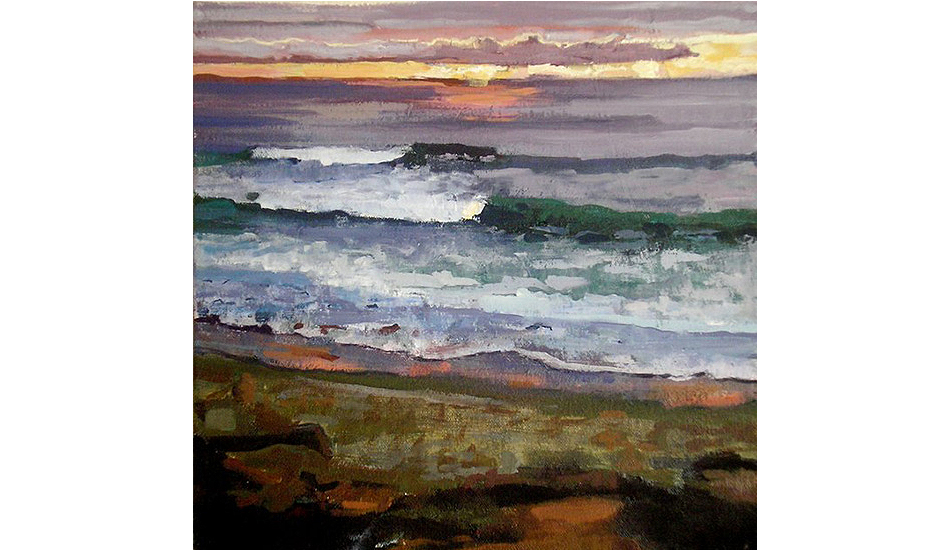 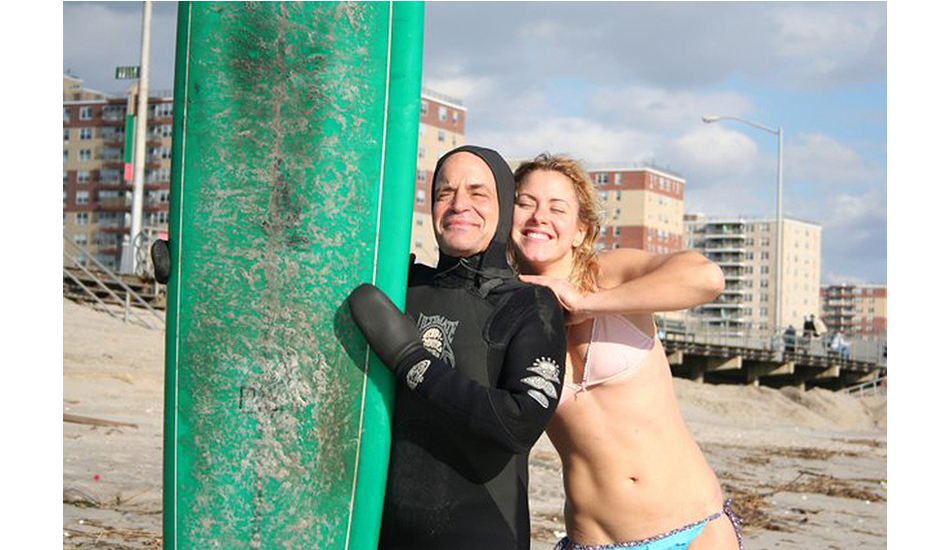 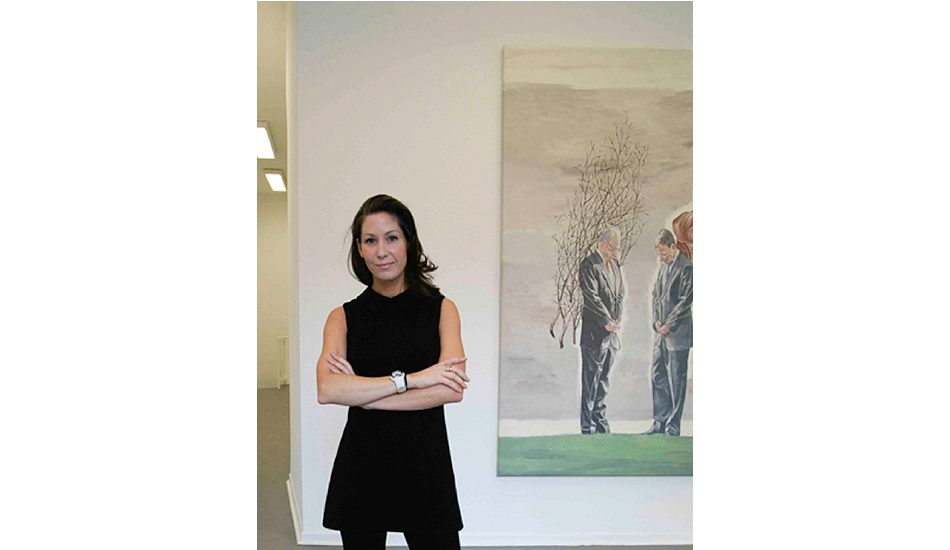 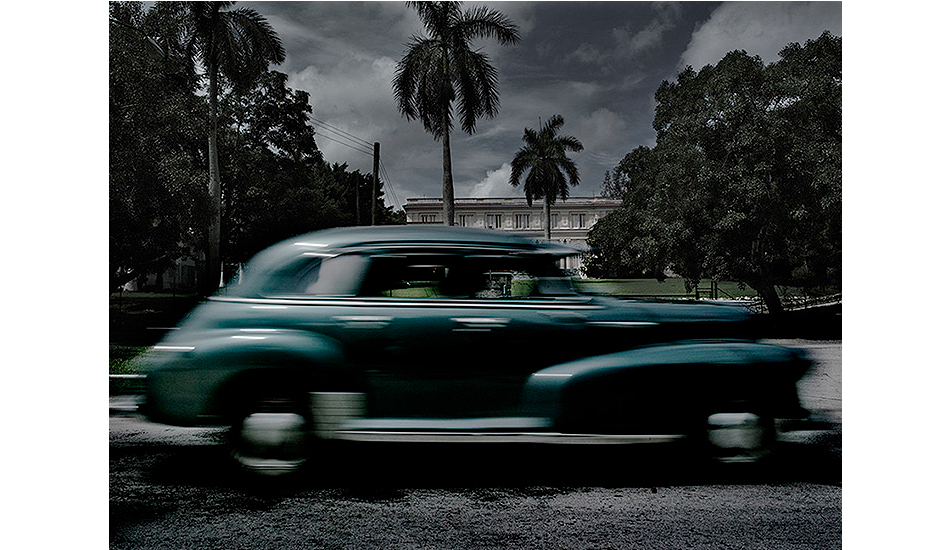 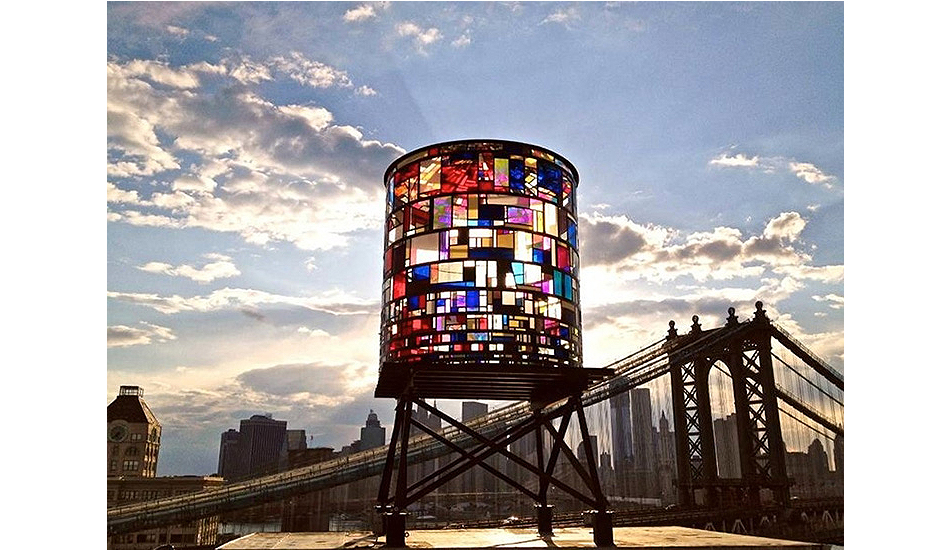 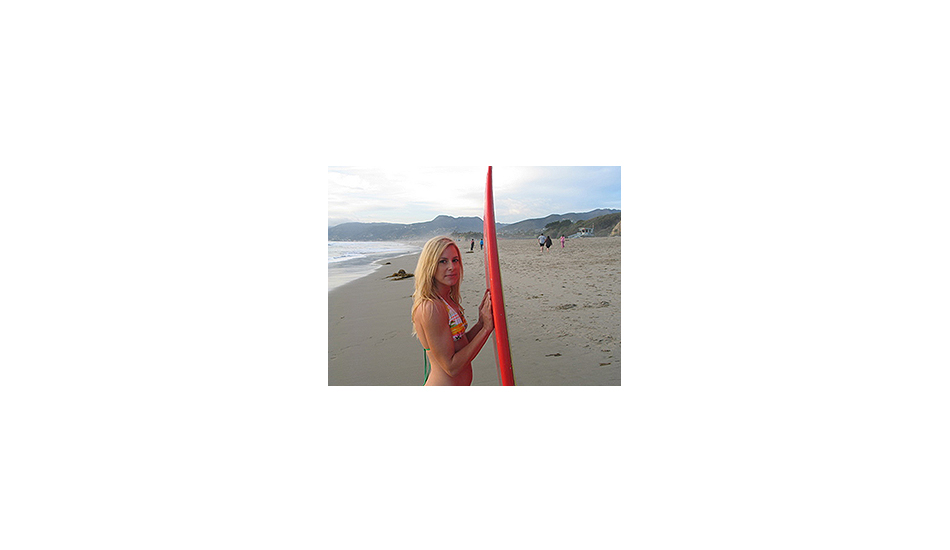 Lynn on the beach with her board. 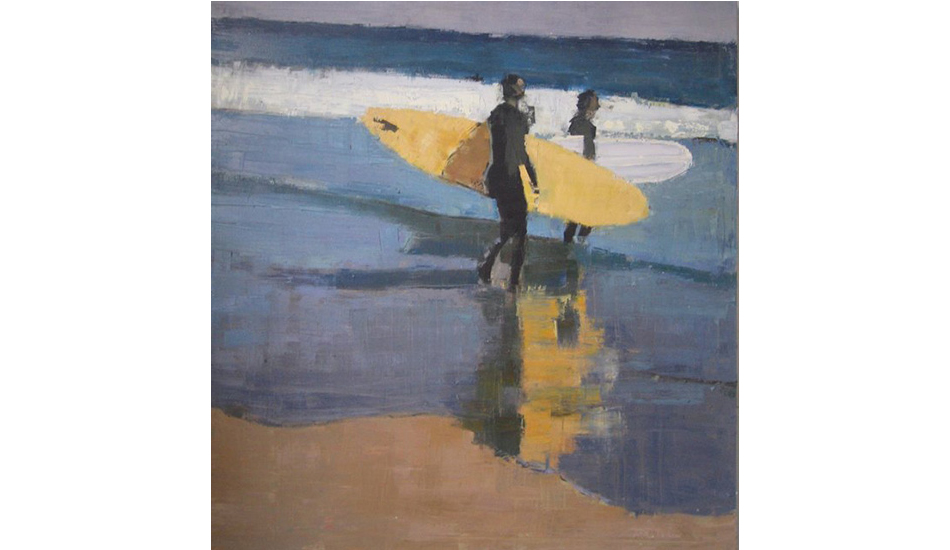 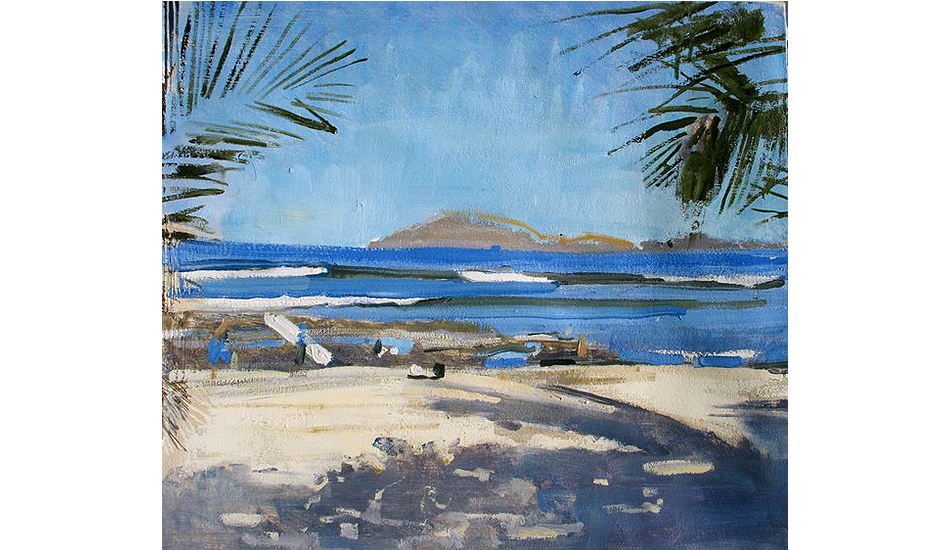 Blue waves, one board by Lynn Grayson. 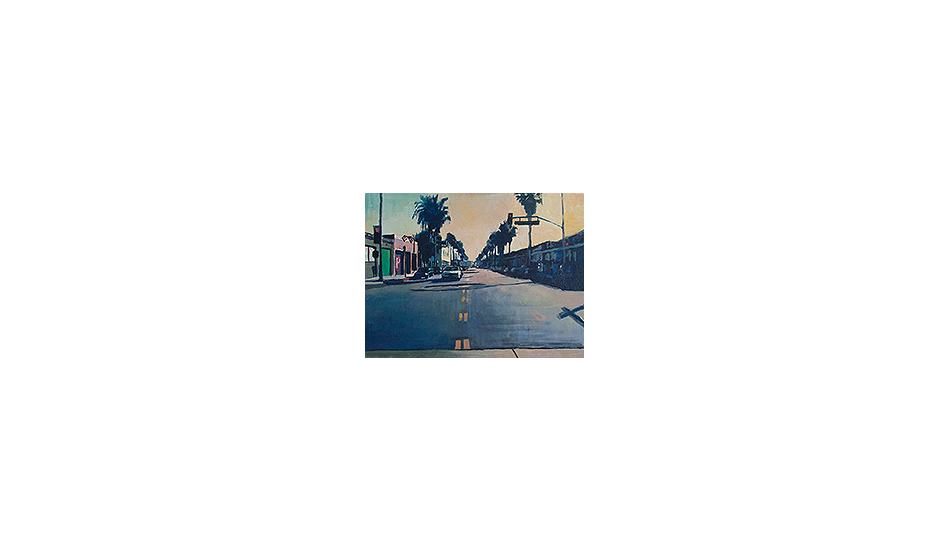 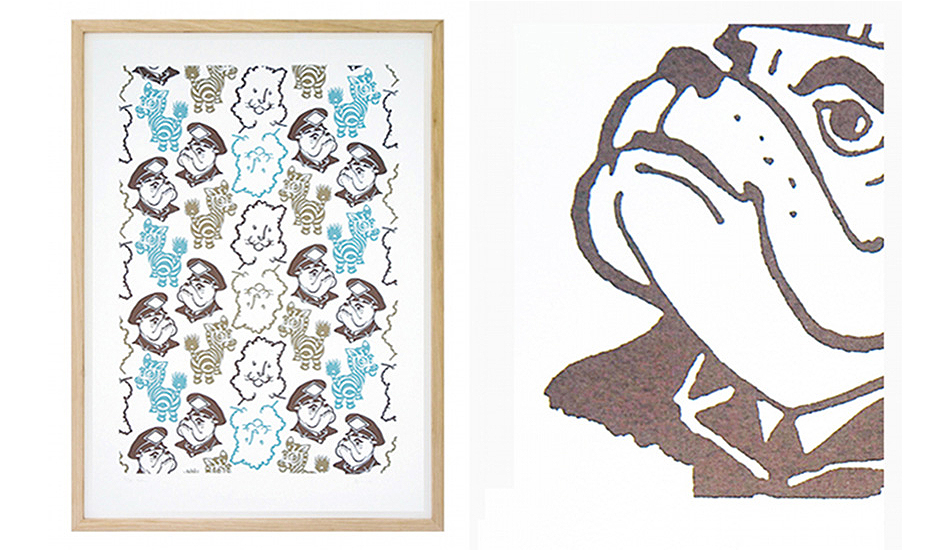 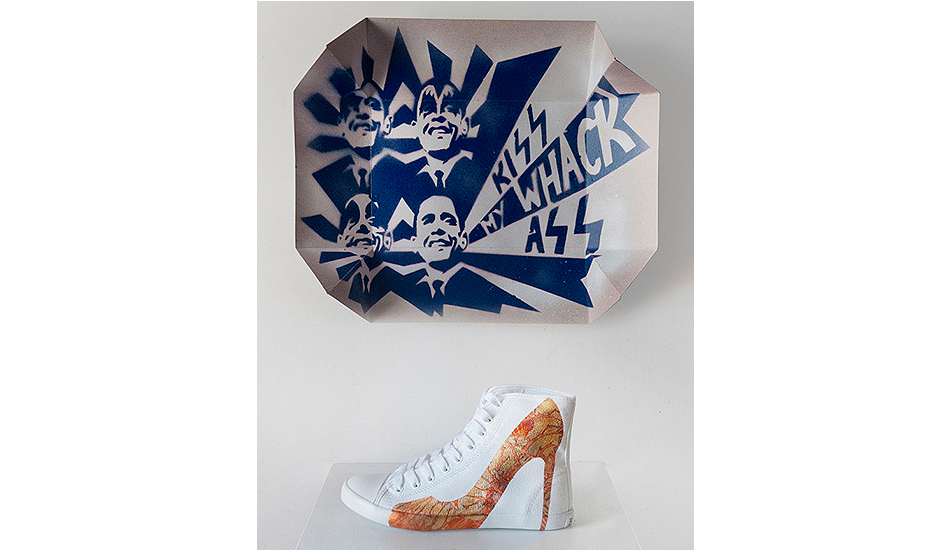 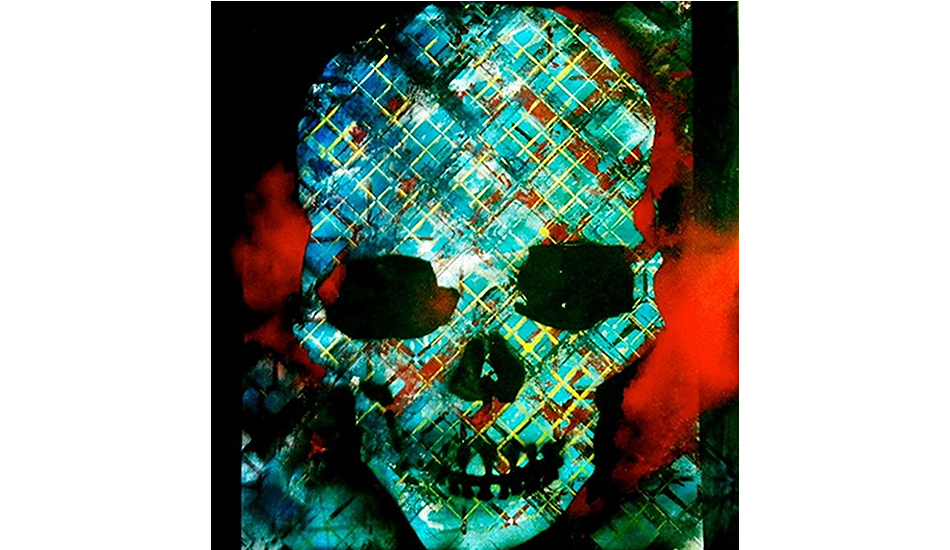 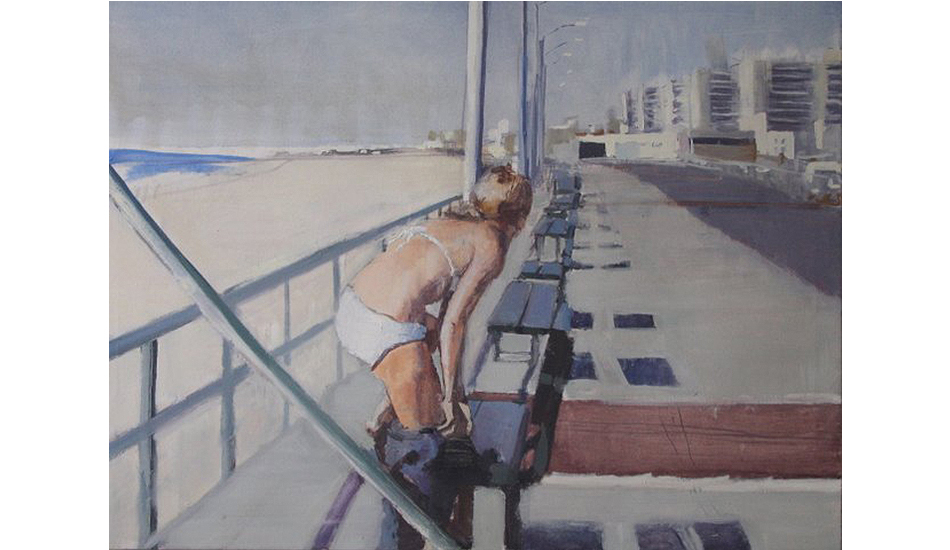 Changing on boardwalk by Lynn Grayson. 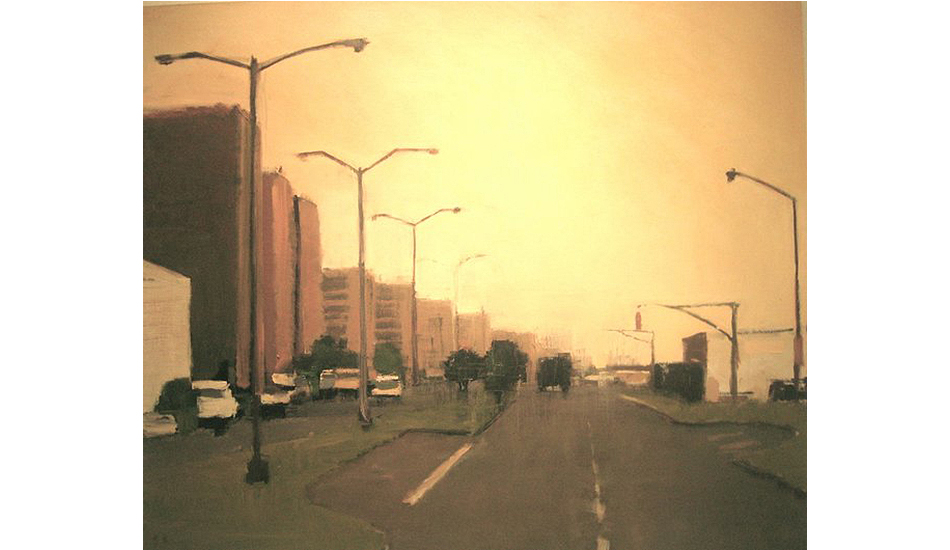 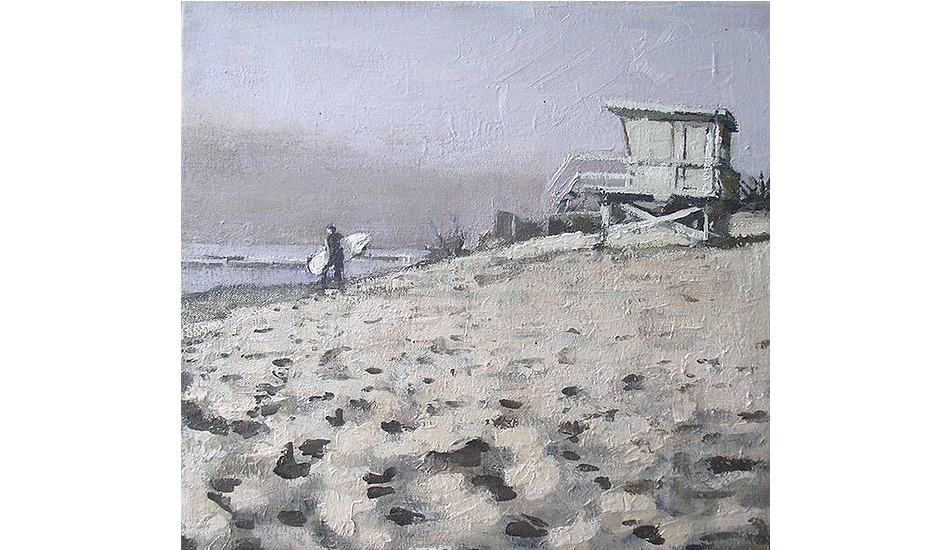 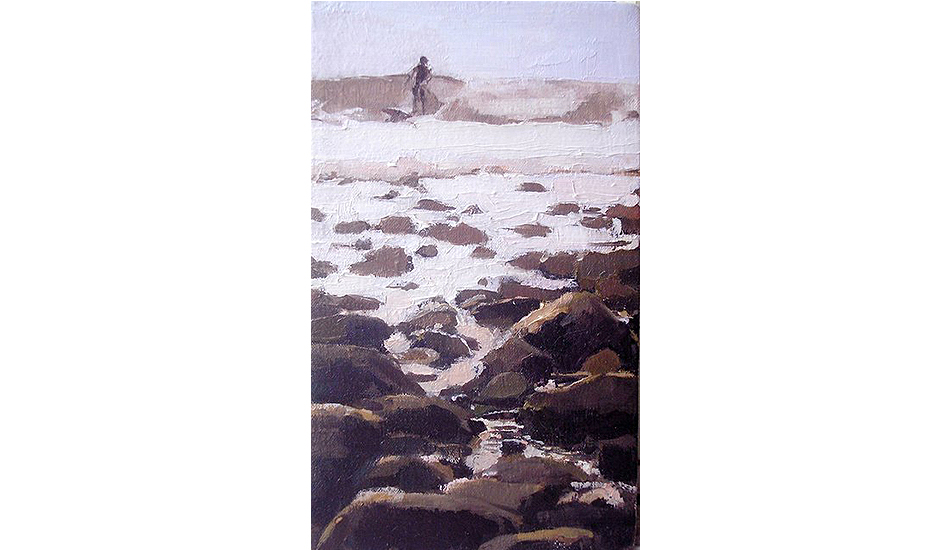 Surfer and rocks by Lynn Grayson. 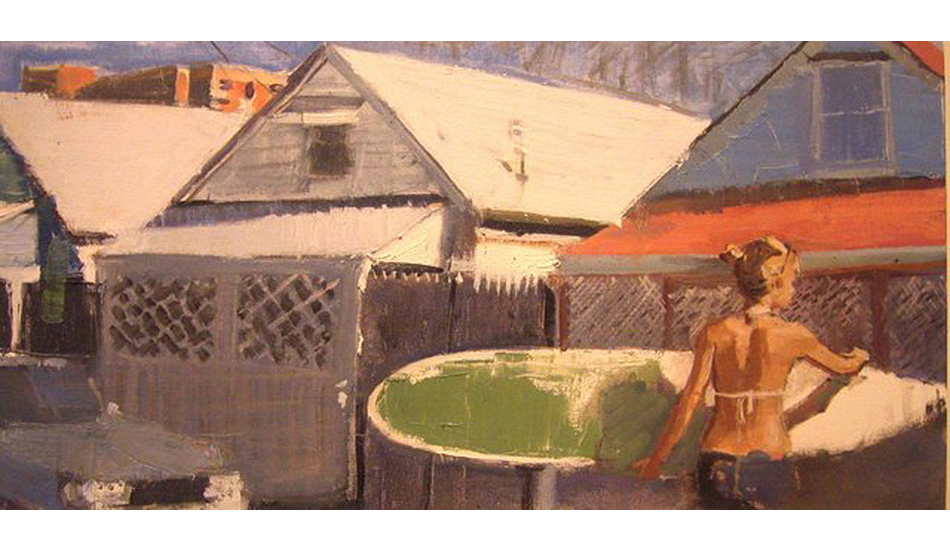 Girl carrying board by Lynn Grayson. 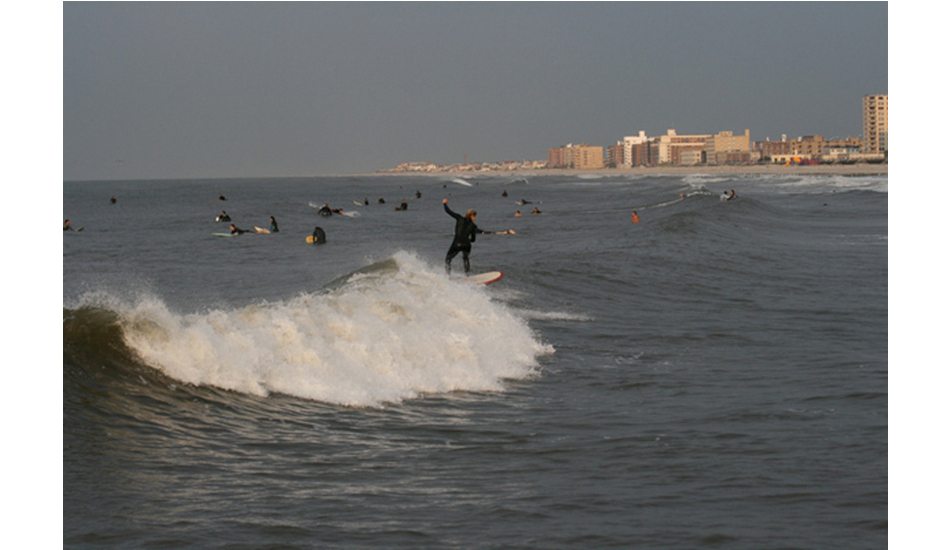 Consider Hurricane Sandy in West Coast terms, and it’s unthinkable: a super-sized Pacific hurricane wreaking havoc on mainland Mexico, flooding Cabo, ravaging the Baja peninsula from out at sea and gaining strength as it approached the California border.

Then imagine all that fury doing destruction from San Diego to Palos Verdes–flooding the Wave House in Mission Beach, turning the Huntington Beach parking lot into sandboxes, bending shipping cranes and tossing yachts around Long Beach Harbor and turning the streets of Palos Verdes into rivers.

And then the gnarly part: the hurricane engulfs Palos Verdes like a monster, moved into the Santa Monica Bay and then punches Venice and Santa Monica as if guided by an evil hand bent on doing the most possible damage.

Imagine the Santa Monica Pier gone–most of the shops from the pier to the marina wiped out, extensive flooding from the beach through downtown and all the way to the mountains, boats stacked on top of each other in Marina del Rey harbor, and all of the beachfront homes from Pacific Palisades to the Malibu Colony to Broad Beach burned to the ground or swept from their foundations.

For Santa Cruz surfers: think of the Santa Cruz Boardwalk completely gone, the Municipal Pier cut in half and extensive damage from 17 Mile Drive up to Half Moon Bay.

Imagine all that and it’s just a fraction of the damage Hurricane Sandy did to the east coast with a damage window stretching from Delaware to Maine and as far inland as Pennsylvania.

That’s how destructive Hurricane Sandy was, and it’s hard to imagine for west coast surfers and citizens unfamiliar with the east coast.

Painter Lynn Grayson and curator and art adviser Sarah Belden are two surfers who know and love the areas devastated by Hurricane Sandy, and have felt the distance ever since the October 2012 hurricane. Lynn Grayson now lives in Venice, California, and Sarah Belden lives in southern Spain, but in 2004 they were both living and working in New York City while Lynn rented a beach house at Beach 94 in Rockaway. They spent every spare second they had away from the art world surfing at Beach 94.

Lynn was an up and coming painter showing with Michael Lyons Weir Gallery and Sarah was then director of Mike Weiss Gallery in Chelsea. They met at an art opening in Soho in 2004 and bonded instantly over their mutual obsessions with surfing and art. Every weekend Lynn would leave her studio in Williamsburg and Sarah would hop on the A train from Chelsea to Rockaway to catch a few waves, hang out at the beach and talk about art. “I used to listen to the Beastie Boys before I moved to Rockaway to go surf,” Lynn Grayson said. “It’s cold there. Surfing isn’t easy there. It’s freezing. Not living anywhere near a hot shower is tough if you don’t live there. Many surfers bought their first homes there and Rockaway surfers have increased like a million percent. Many surfers moved into what was really a run-down and dangerous town. I’m trying to revitalize a community I saw grow and flourish.”

Lynn lived in Rockaway in the mid-2000s and the life there inspired her art: “Rockaway is so inspirational to me. My paintings of Rockaway inspired a solo show in Chelsea. Now the paintings have more meaning. It’s a place that doesn’t exist. So art and surf come together in this fundraiser to bring the life back it gave not only to me but friends.”

Lynn now lives in Venice Beach, California, where she is still painting and surfing. Sarah left New York in 2006 to open her own gallery in Berlin and now lives in Andalucia, Spain, with her husband and son. They both felt very far away from their beloved east coast neighborhood when Hurricane Sandy swept across the Atlantic. “I was in Toronto visiting family when Sandy struck and I was literally glued to my computer,” Sarah Belden said, “…constantly checking for updates on the storm and trying to get a hold of friends and loved ones there. I was horrified as I saw the reports come in showing the extensive damage–not only the city where I spent my entire adult life, but also our old neighborhood and beach in Rockaway and the tragic fire that destroyed what was left of it after Sandy. When I started to hear reports about the lack of response from FEMA and Red Cross, I got really upset. Disturbing images of New Orleans post-hurricane Katrina and the dismal lack of relief there plagued me and I thought there must be something I can do from here.”

Lynn saw and felt the same things from her apartment on the west coast and she reached out to Sarah from California. The two of them, along with other artists and surfers from Rockaway, Brooklyn and L.A. founded Rockaway to BK to LA: Artists and Surfers for Sandy Relief.

Rockaway to BK to LA: Artists and Surfers for Sandy Relief
http://rktobktola.org/artists/index.html

To see and bid on artworks go to:
http://www.paddle8.com/auctions/rockawaytobk

All proceeds will go to the Robinhood Sandy Relief Fund and the Graybeards.