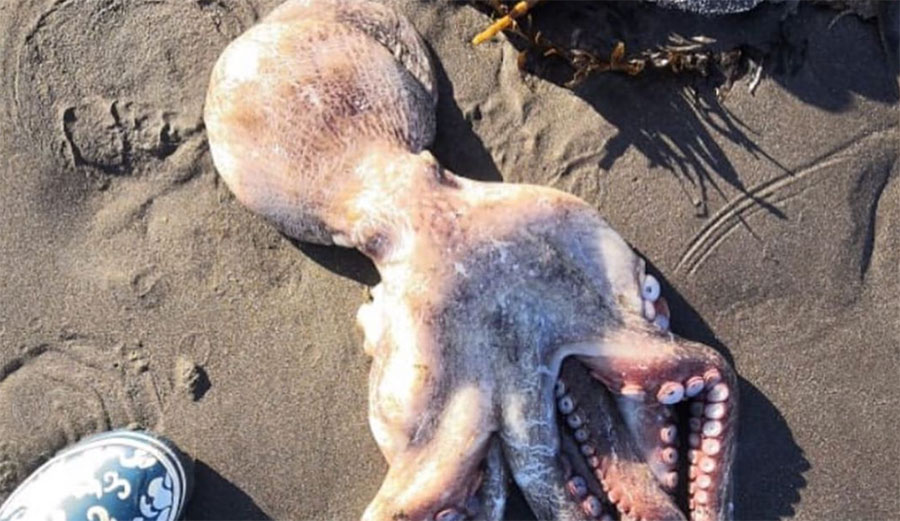 Russian surfers are reporting dead animals all over the beaches. They also say they’re getting sick, as well. Photo: Instagram/@Yola_la

Over the past few weeks, strange things have been going on along the coast of the Kamchatka Peninsula in Russia. Seals, octopuses, starfish, and other sea life have washed dead in the thousands on shore, and Russian surfers are reporting disturbing symptoms like vomiting, fever, and chemical burns to their corneas.

“Today we arrived with @snowave_kamchatka to the ocean,” wrote a surfer in the area, @yola_la, on Instagram. “The water is cleaner than after a storm. But there is a yellow impurity and a foreign smell, and after three hours we began to get a sore throat. During this time we took samples, which in the morning will fly to Moscow for an independent examination… In the meantime, the doctors’ reports are recording corneal burns of I and II degrees in the children. We did not go to the hospital, but there was some problem with the eyes and, obviously, the diagnosis was the same.”

The Kamchatka Peninsula is the crown jewel of Russian surfing. Despite the country’s access to three different oceans (the Arctic, Atlantic, and Pacific), surfing in Russia is a newish thing. The vast expanse of Siberia sits in between the majority of the Russian population to the west and the best surfing coastline of the Kamchatka peninsula in the east. Getting to waves often involves confusing military checkpoints, extreme weather, and, of course, the occasional bear, so surfing there is a lot harder than simply waking up in your LA apartment and driving twenty minutes (an hour with traffic) to Malibu. That being said, Kamchatka’s vast coastline may be home to some world-class waves, and Russian surfers are finally starting to sample the goods.

But now, they and some of the creatures that call the sea in the area home are being mysteriously poisoned. The environmental group Greenpeace has been describing the situation as “an ecological disaster” and is calling for an immediate investigation into the problem. The Kamchatka acting Minister of Natural Resources and Ecology Aleksei Kumarkov said initial tests of the ocean water revealed extremely high levels of petroleum products — up to four times what is normal — the presence of the toxic compound phenol, and other unnatural substances. As of right now, the source of the toxic chemicals is unknown, but speculation points towards nearby military testing grounds, poorly stored rocket fuel, and the Russian Government’s penchant for burying toxic chemicals in remote locations and then forgetting about them. 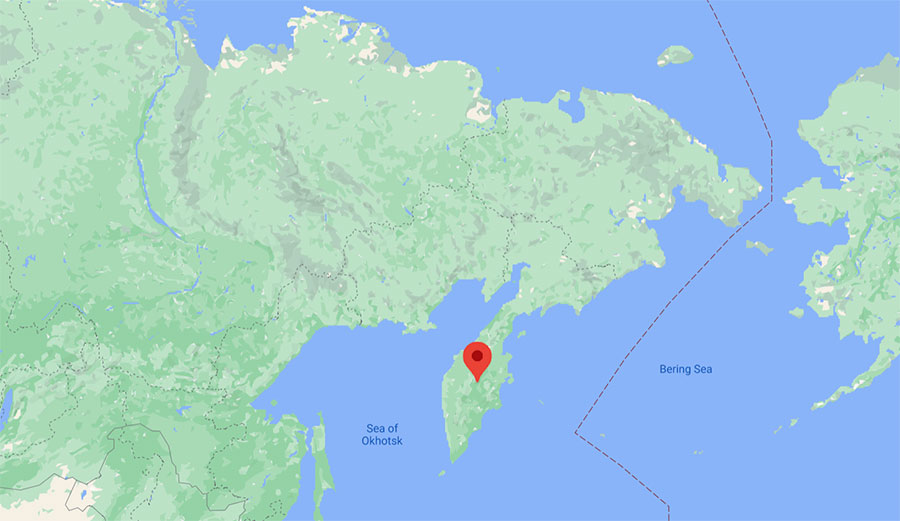 The Kamchatka Peninsula gets plenty of swell. Photo: Google Maps

“Today we were sent a lot of links to publications, articles, and notes that there is a large chemical waste landfill in the Kozelsky volcano area,” @yola_la, continued. “More than 108 tons of pesticides and pesticides are stored there, buried from 1979 to 1982. Nobody was able to liquidate them at that time, but it turned out to be expensive to take them out, so they decided to bury (!) all this at the foot of the volcano among unique rivers, swamps, lakes, several kilometers from the ocean.”

While it’s tough to see polluted ocean waters and dead sea life in yet another “pristine” natural environment, it’s great to see Russian surfers speaking up to protect the places they play in and sticking it to The Man — even though in this case, The Man is perhaps the most fearsome one in the world: the Russian Government.