Seth Moniz on Representing Hawaiian Heritage on the World Tour 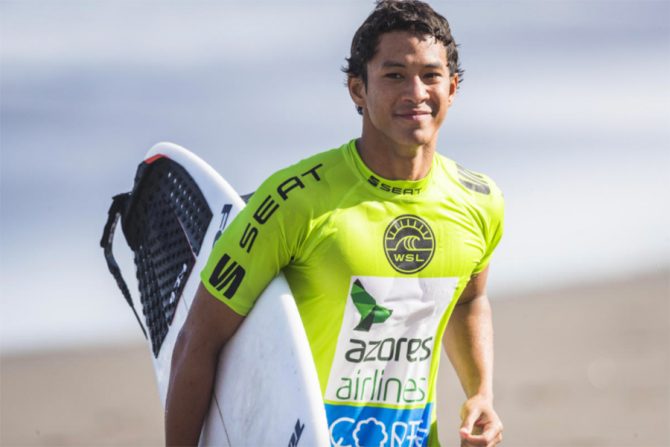 The gifted regular foot will head into the 2021 season ranked 12th. Photo: WSL

Editor’s Note: This piece was done in conjunction with our partners at the World Surf League in celebration of Indigenous People’s Day

The entryway that welcomes hundreds of thousands of college students every year at the University of Hawaiʻi’s Campus Center has a wall-to-wall mural depicting generations of native Hawaiians practicing laulima, working together, in the loʻi, taro patch. A kind-looking kupuna, her worn, wrinkled face clearly mid-sentence, dominates the image. Take a closer look and you’ll find she looks distinctly familiar – she’s undoubtedly a Moniz. In fact, she’s Seth Moniz’s grandmother Rachel Naki.

This well-known image is a legendary offshoot of the famous Moniz family, of Hawaiian surf royalty and beach boy fame. Theʻohana’s roots are traceable back into time, across the channel from Oahu to Molokai. “My family is one-third Hawaiian. I’m half Japanese and a little over a third Portuguese, but where we come from is Molokai….they say that we’re one of the first families from Molokai,” says Moniz. The family’s history is still present among the lore of the island, “Every time I go there it’s like my second home. I get greeted by a ‘Welcome back!’ Like, ‘This is your real home, you know that?’” says Moniz.

Seth will often fly over to the islet to reconnect with his roots and gain perspective. Born and raised a city boy in Honolulu, on Oʻahu, Moniz appreciates the drastic change and reconnection with his ancestral lineage. “I come back to the city – I live in Town – whole city lights, you know? A lot different. I go (to Molokai) in shorts and a shirt and I’m good for a week.” It is perhaps for this reason that Moniz seeks solace and a reset there following periods of exhausting travel.

“I go hunt, cook with my uncles over there,” he says. “They teach me more than I could ever, ever learn anywhere else in the world. There’s just so much knowledge passed down through them from their grandmas and uncles that they love passing it down to the next generation. And that’s what keeps it going over there. They say Hawaiian culture is dying for the last hundred years, but that’s their responsibility being elders, passing down all your knowledge to the kids, the keiki. I think that’s really cool. “

The surfer carries the honorable legacy with him on tour. “I get to represent Hawaiʻi on the biggest stage of surfing,” he says with pride. “I couldn’t be more honored than that. I guess we’re kind of like the lone survivors on tour, but I’m sure the next generation is coming up hot and I know Zeke Lau and my brother Josh are hoping to get on for the ‘21 season.” For now, Moniz is the lone native Hawaiian in the Top 32 representing the sport for his ancestors.

A standalone honor to be the face of Hawaiʻi and Hawaiians, the prestige is doubled when one realizes he’s a participant in the sport of his people. Surfing, the sport of aliʻi (royalty) is now one that’s well known to the majority of the world. But it was the Hawaiians who first created this phenomenon we’ve come to worship. “Surfing is Hawaiian; it’s where it came from, you know? And that’s still going on today so it’s definitely awesome to be in other places and see when people recognize that,” he says of surfing’s intertwinement with his heritage. Though the acknowledgment of this is diminishing in the surfer’s eyes. “I feel like no one really acknowledges that anymore. It’s not talked about as much anymore that, you know, we’re the reason why you guys (surf),” he says. Which is somewhat motivating for him. “I’m always trying to do my best to represent Hawaii…you travel the world, going surfing and showing people how to surf and I believe you just really want to show everyone how fun this sport is – once you try it, you’re never going back,” he says of the sport’s longevity. Moniz follows the model of the noteworthy ones before him, “I think that’s what Duke was trying to do.” 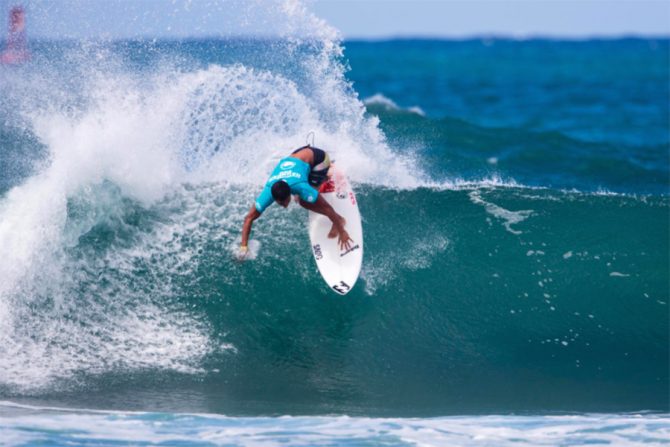 “I just try and never forget where I actually come from and who my family is and what my heritage is. I think that’s pretty important. I feel like there’s been surfers in the past that were Hawaiian and didn’t get to rep it as much as they wanted  to, or maybe they just didn’t come out as they’re representing Hawaii.” Not this era, not this surfer. “I’m very proud. I’ll rep that sport any day.”

Moniz’s Hawaiian surfing family is only growing in pride and size with Seth’s brother Micah, a father to two keiki, while sister Kelia is hāpai – she’s got one on the way. Though the Hawaiian bloodline may be dwindling statistically, Moniz’s strong sense of cultural identity remains as forceful as ever. Following those before him, Seth recites the ideals of his ancestors, including Grandma Naki, of the UH mural fame, “The Hawaiian saying is ‘Stay humble, be kind, and provide for your family.’ That’s how I was brought up and how I was taught.”