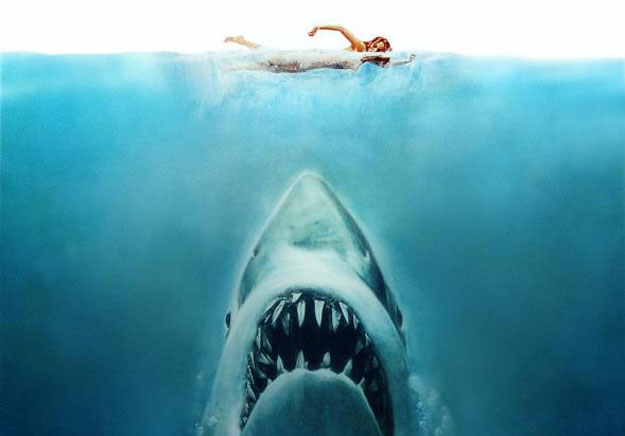 That’s where the comments section comes to life. Especially for anyone or everyone who isn’t up, for whatever reasons, to getting a written article on this site.

Almost everyone is going to agree – shark stories send tremors somewhere into our insides. I still get shaky and my breath catches when I remember being a quarter of a mile out to sea after deciding to paddle across deep water from Nahoon Reef, East London, South Africa, known as the South African Sunset Beach at the time, to the next northern beach break in order to save the long right angle walk back into and around the promontory that Nahoon reef breaks in front of. A quarter of a mile out and I began to wonder if I’d done the right thing.

When I reached the beach break, and the local surfers realized where I’d come from, their shocked and genuine concern at the risk I’d taken began to bring things home to me (I live in the UK and was visiting). What keeps me shaky whenever I remember being there, a quarter of a mile out in open water, is that some years later I read about the sad tragedy of a surfer’s death by Great White at Nahoon. And I had headed out and across into open deep water from the same reef point break! I still remember realizing how far out and vulnerable I was at the time… and when I add in today’s knowledge of that death, and a lifetime of coming to terms with the Jaws tune behind me… I get a hollow, empty feeling in my stomach and I feel as if I’m falling. It all could have gone so wrong.

I’ve lived and surfed in the Northern Californian red triangle for Great Whites; have paddled out after seeing a dead baby Great White on the beach at Swami’s. My most recent ‘stupid’ thing I regret was paddling out in murky water at a deserted Cape Three Points, the most southern point of land in Ghana, West Africa – after having seen the local deep water fishermen offloading Great Whites onto the early morning sand a few miles away. I’ve read about the high incidence of shark attacks when people first took to ‘sea bathing’ in Australia and the explanation that shark populations are territorial and until the battle was won (by killing lots of local sharks), there was a lot of human blood in the water. Paddling out in murky, Ghanaian waters where there’s been no battle between swimmers, lifeguards and the local shark population, worries me today in retrospect.

I’ve sat knowingly in the food chain at Steamer’s Lane, with the seals, otters and the nearby pier polluted by the fish offal from the tourist fishing trip boats. Initially I thought, ‘Well I just won’t be the furthest out.’ But when the sets called, out I paddled, beyond the rest to be first in line – for a wave, not lunch.

The most reassuring comment I ever experienced was at Rincon after asking a local if they’d ever had a problem with sharks there. The reply was genuine, ’No, don’t think so, the last shark attack was two years ago I think.’

I wonder how Randy Rarrick pioneered much of the African coast, or how Jeff Clark surfed Mavericks alone for fifteen years. How does Mark Healey swim with a Great White? Steve Irwin, who mixed with dangerous animals, sadly had a Sting Ray’s barb into his heart and died. I’m not made of the stuff that explores these boundaries.

And I’ve never seen a live shark in open ocean. Are they really there? Do others see them? Have you seen one – up close and personal?

Would you leave aside any macho posturing and address two questions:

1) Have you personally had an interview with a man in black? If so could you tell us your story, briefly, in the comments section? Are there any unwritten stories out there?

2) Whether you have or not had an encounter, or have just seen and heard ‘Jaws’ the film, and have only imagined what the face of a VW Van with teeth appearing below you would look like as you surf, how do you cope, what’s your approach, your philosophy?

Time not to be an audience, but a participant – and dive in amongst the sharks…