In the summer of 2018, we had the unique pleasure of traveling down to El Salvador with some of the most stylish surfers on the planet and all around good people Leah Dawson, Kassia Meador, and Lola Mignot for Alternativa, a film we’re pretty proud of. And while there, something pretty cool happened.

While indulging in the well-sculpted righthanders that Las Flores is known for, Kass, Leah, and Lola each took note of a local woman named Sindy Portillo who was absolutely ripping at her home break. When they got to talking in the water, it turned out that Sindy was the only female surfer from her town.

“For many, it’s difficult to be a woman in El Salvador,” Sindy told us then. “Women work and struggle to make a living. It’s not easy most of the time. My dream is to be a longboard champion and represent El Salvador and Las Flores all of the time.”

When the crew was back stateside, they hatched a plan: get Sindy to the Mexi Log Fest in 2019 and help her realize her dreams of representing her country at her first international surf contest.

We raised funds donated out of the kindness of many of our readers’ hearts. But Sindy never made it. Her visa was denied as government red tape underscored by a current climate of hostility toward immigration put a kibosh on her entry. Neither Sindy nor we have lost hope, though, as the funds are being deployed by Changing Tides Foundation to support the women’s surf community in El Salvador and try to get Sindy to the 2020 Mexi Log Fest again in May.

As the executive director of the Changing Tides Foundation (a non-profit started by herself and Leah Dawson, among others) and an attorney specializing in U.S. immigration law, Becky Mendoza has been working with Sindy and Mexi Log Fest’s Izzy Preciado since 2018 to get Sindy to Mexico for the contest.

“[Sindy] actually went to San Salvador two different times to get her visa to travel to Mexico,” Mendoza told me. “And they flat out denied her on the basis that she was underage and also because of the crisis that was happening with the migrant caravans that were going from El Salvador to Mexico.” 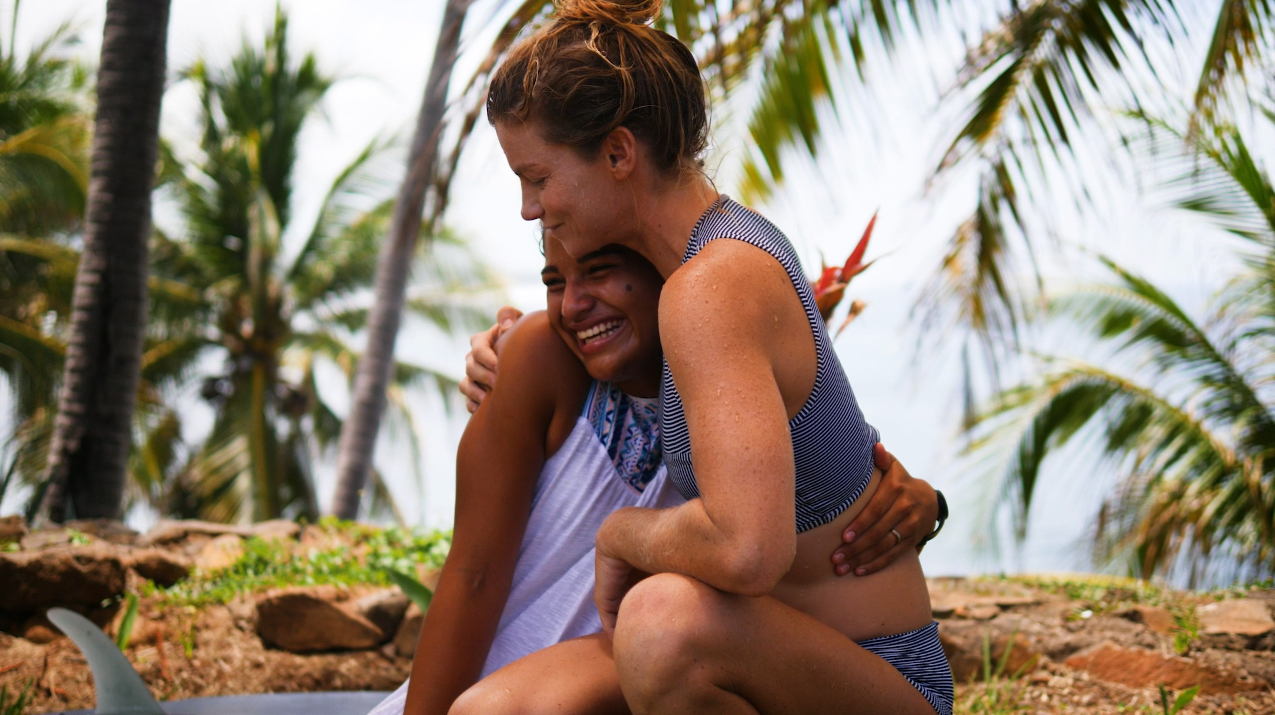 After meeting Sindy Portillo in Las Flores El Salvador in 2018, we raised funds to get her to the Mexi Log Fest. As it happens, bureaucratic red tape made that more difficult than we’d planned. But this year, Sindy plans to give it another go. Photo: The Inertia

Mendoza said that both she and Preciado had written detailed letters about how Sindy had been invited to the contest, but Mexican officials at the consulate in San Salvador didn’t read them. She believes that officials simply saw that Sindy was 17 at the time and denied her visa application.

“I think the fact that she was underage automatically made her a flight risk because maybe people are trying to send their children away (from El Salvador) even if they can’t go themselves,” Mendoza told me.

A year later, Mendoza is hopeful now that Sindy is an adult in the eyes of the law that her application will be approved.

“During the 2019 Mexi Log Fest, [Sindy] turned 18. So now she’s of age,” Mendoza said. “So we’ll be traveling down to El Salvador to make sure that she’s able to get this visa to be able to travel to Mexico for the 2020 Mexi Log Fest in May.”

As an immigration attorney who specializes in helping professional athletes travel to the U.S. to compete, for Mendoza the difficult task of getting Sindy from El Salvador to Mexico sheds light on a truth that those of us in the U.S. often don’t consider – that where you’re from can drastically impact your ability to compete in (or travel to) other countries.

“I can tell you where you’re born determines how easy or difficult it is to get around the world to be where you need to be to pursue your dreams,” she said.

What’s more, Sindy may be just one surfer from one town in El Salvador trying to compete on a more global stage, but she’s quickly become a voice in her community and is inspiring other young girls to see that they can chase their dreams, whatever they may be.

“[Sindy] lives in a community that’s thriving off of surf tourism. So, her being out (in the lineup) is very powerful in general and younger girls are starting to take notice of that and want to learn,” said Mendoza.

“But on top of that, if she’s able to travel around pursuing a dream of hers that’s based around the ocean and nature, I think that’s the most powerful thing the youth can see to realize that there’s opportunity in their own lives.”