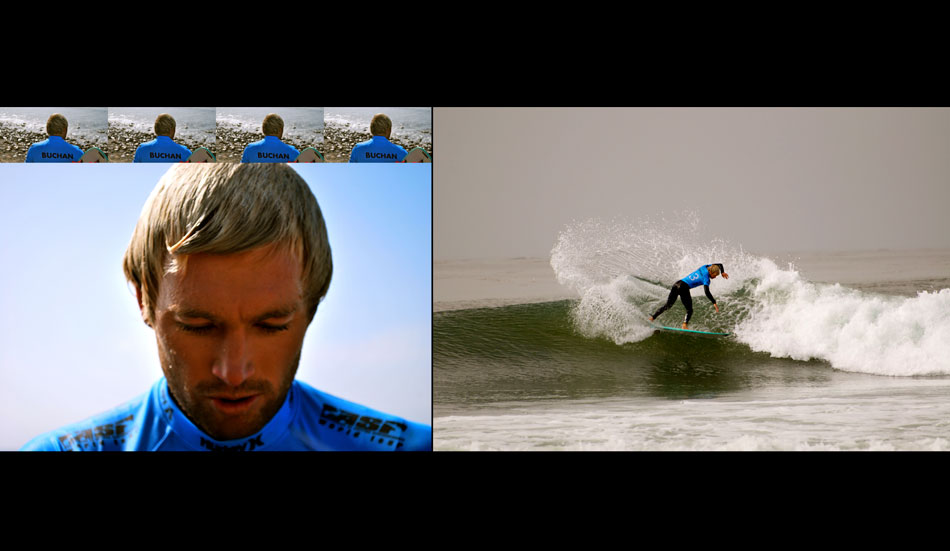 Ace Buchan, dejected after a loss in round 5. Photo: Patrick Hourihan. 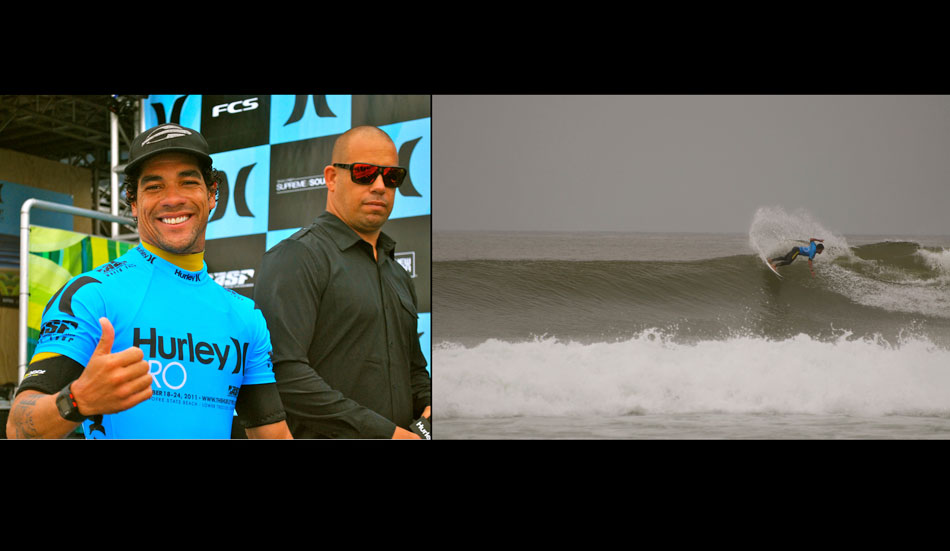 The other side of round 5. Heitor Alves. Photo: Patrick Hourihan. 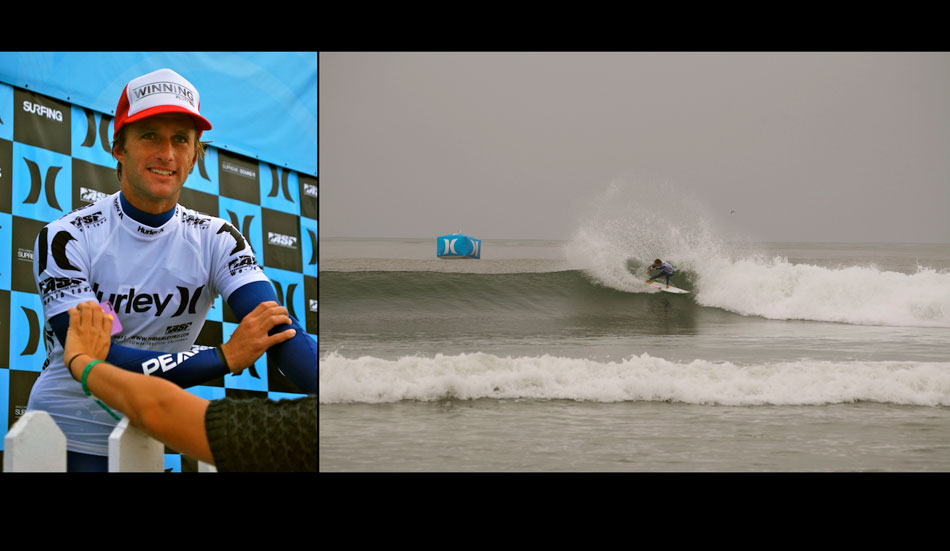 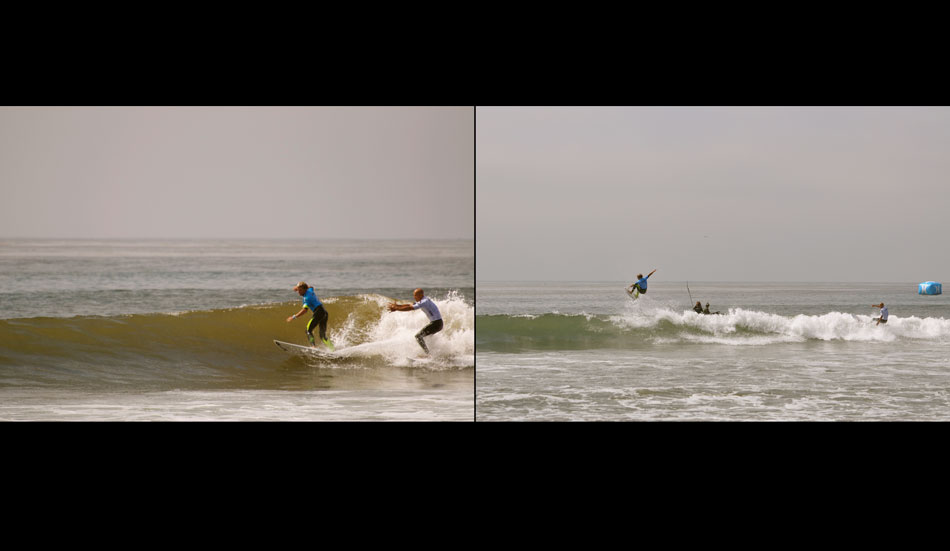 You know you've made it when you can drop in on Kelly Slater. Photo:Patrick Hourihan. 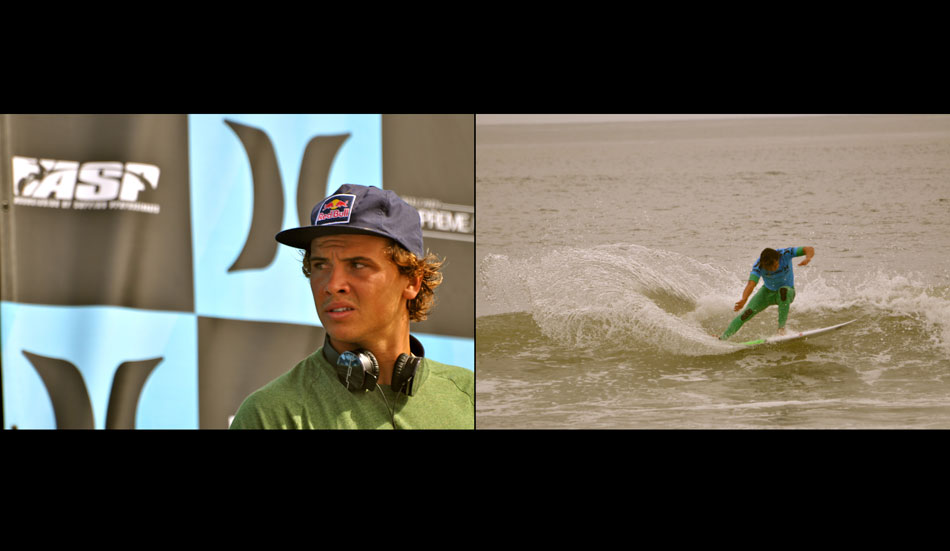 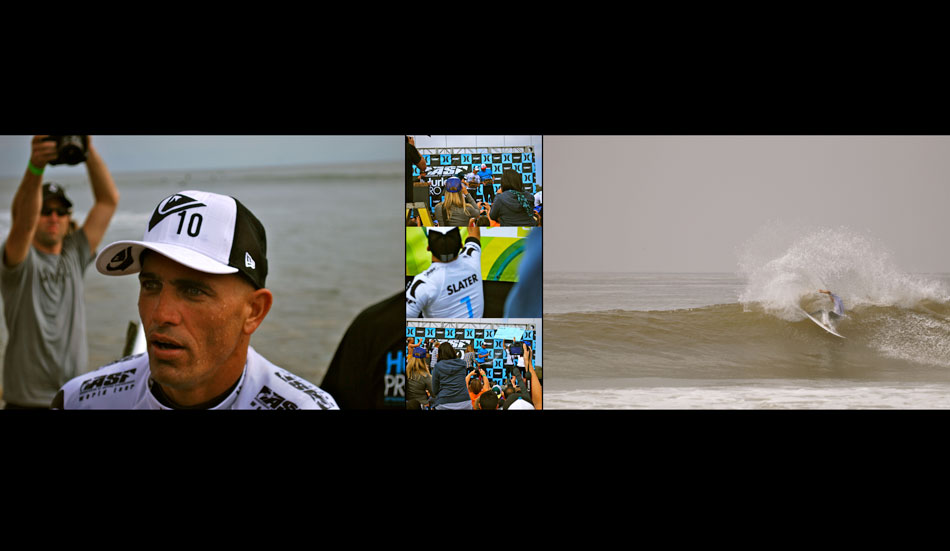 Kelly Slater, on the road to 11? Photo:Patrick Hourihan. 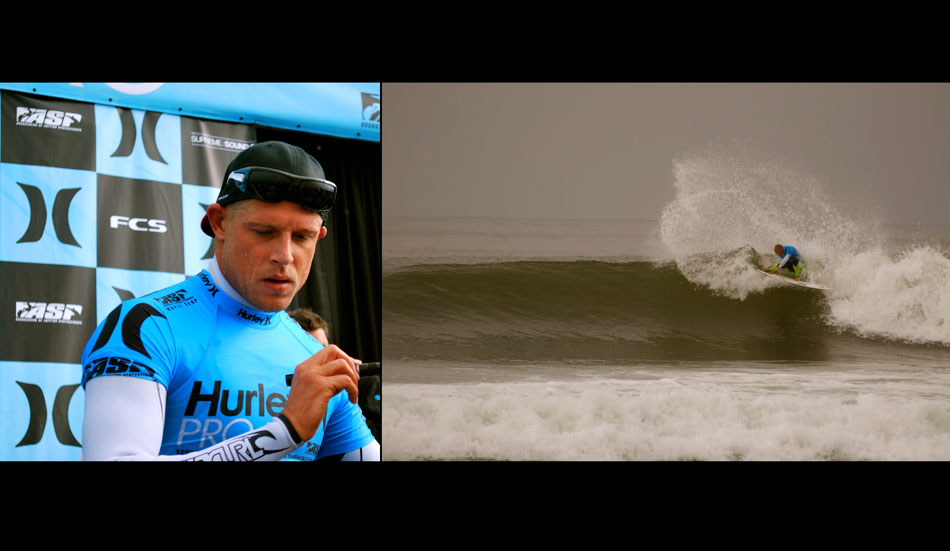 With a Hurley Pro win that shocked nobody who has been paying a shred of attention to the ASP World Tour in 2011, Robert Kelly Slater has officially ascended to the realm of the unreal.

Poor Owen Wright had the final won with a scant ten seconds left on the clock, but that was a foolishly long amount of time to leave a man who was already winning world titles around the time that Endless Summer II was coming out.  On videocassette.  Oh Owen, you won the Quiksilver Pro in New York, but you must finally be realizing what so many have forced themselves to come to terms with in years past: if Slater wants to win, he will, and there is nothing that you, me, a young Tom Curren, or even the United States Marine Corps could do to prevent Mr. Slater from stomping all over any competitor who is unfortunate enough to bumble across his path.  Excepting, of course, the late Andy Irons.

So now, Slater is in the cat bird seat to take the 2011 title.  And, I’ll say it: he’s gotta be the favorite to take the damn thing in 2012 too.  Why not?  There isn’t a surfer alive who has shown that he has the ability or the guts to beat him.

All photos by Patrick Hourihan.