Smartfin Will Turn Surfers Into Citizen Scientists, Protecting the Ocean

Editor’s Note: This article is brought to you by our friends at Smartfin. Want to help them design a better product for a unique discount code to the Body Glove website and the chance to win a free wetsuit and VIP Inspire Courses pass? Take the survey, here.

There’s little doubt that the ocean is getting warmer as a result of climate change and ecosystems along the coast such as coral reefs and mangroves are especially vulnerable to that rise in temperature – they’re also very hard to study. Traditional tools for ocean observation such as satellites and buoys don’t do as well in coastal zones – satellites require on-site confirmation to ensure accuracy, and buoys don’t play well with tides or waves in shallow coastal waters. But gaining a better understanding of what’s going on at the coast is vital to protecting that nearshore environment against climate change. The first 30 feet of the shoreline are, at once, the most important and the most difficult to accurately measure. 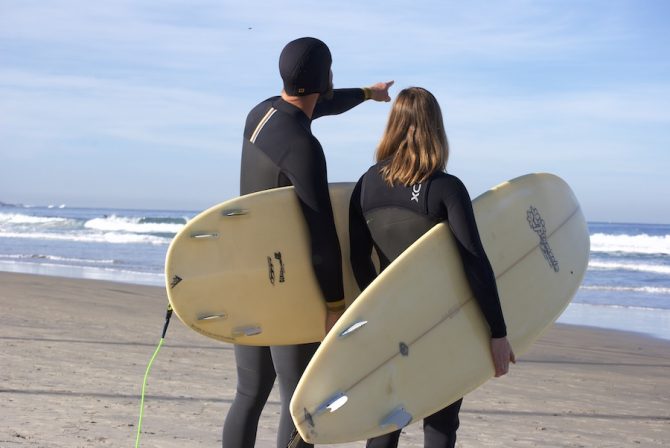 With a Smartfin in your board, just going out for a surf becomes a small but crucial part of the fight against climate change. Photo: Smartfin.

That’s where Smartfin, and surfers, come in. Smartfin was founded in 2015 as a non-profit initiative, seeking to harness the time that we as surfers spend in the water to fill in that data gap at the coastline, turning surfers into citizen scientists and conservationists with nothing more than a really smart surfboard fin. Designed in partnership with the Scripps Institution of Oceanography in San Diego, the Smartfin pairs a high-performance surfboard fin with an integrated temperature sensor, motion sensor, and GPS, as well as an antenna to send data to the cloud after each session.

How it works: You surf. The Smartfin then collects data and sends it to scientists around the globe to aid in their research. Photo: Smartfin.

That data will not only be used by researchers, but can be harnessed by the surfer as well through the Smartfin app, giving them access to fitness tracking and more without having to wear a smartwatch. Furthermore, surfers and Smartfin users will be able to use the app to build community among like-minded individuals and other surfers in the area. After going through several iterations of product design and testing, including design input from longboarder Leah Dawson, who describes the fin template as “magic,” the first Smartfin longboard skeg is finally ready to hit the market. There’s just one component left – the user input. 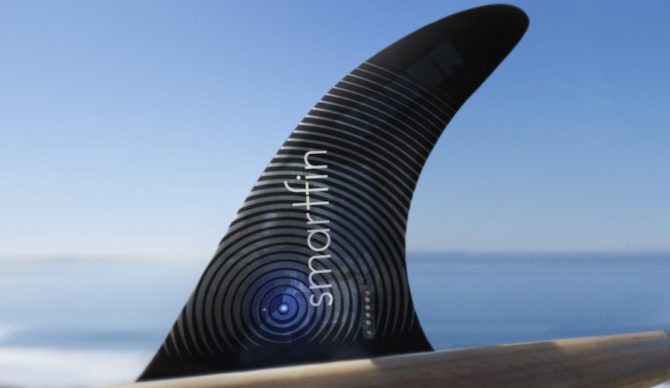 The Smartfin pairs a high-performance surfboard fin with research tech like a temperature sensor, motion sensor, and GPS. Photo: Smartfin.

Smartfin wants to hear from you, dear reader, to learn more about what you would like to see in their product. It’s you that would be surfing and gathering data with the Smartfin, after all. In return, you’ll receive a unique discount code to the Body Glove website, and be entered into a raffle with the chance of winning a new Body Glove wetsuit, and a VIP pass to one of The Inertia’s Inspire Courses. You can take the survey here.