Yesterday, Governor Gavin Newsom signed into law Senate Bill 796, which will return the historic Bruce’s Beach property to its rightful owners, the descendants of Charles and Willa Bruce.

Close to a hundred years ago now, Bruce’s Beach was a Black-owned beach resort on the water in Manhattan Beach, California that provided Black families the opportunity to escape city life and recharge by the ocean. A small but important area of inclusivity, the property was flanked to the north and south by a highly segregated coastline that would often turn away Black beachgoers. In 1912, Willa and Charles Bruce bought the first of three lots they would eventually own for $1,225, and began building a resort that would include a bathhouse, dining area, and a Black-only beach. Over time, a few other Black families began to buy property in the area, and a Black community began to form in the otherwise mostly white town of Manhattan Beach. 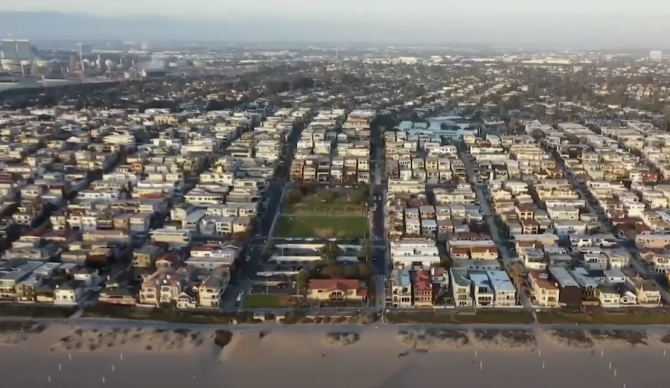 The historic Bruce’s Beach property from above. Photo: NBC/YouTube Screenshot

As you might imagine, white residents in the area at the time didn’t take to the idea of a Black community forming next door, and both the Bruce’s and their Black neighbors experienced years of harassment involving slashed tires, fake “no trespassing” signs, and two attempted fires set by the KKK. One, set on the Bruce’s property itself, was unsuccessful in causing damage, while the other burned down the home of a local Black family.

The Bruce’s didn’t budge, intent on weathering the storm of racism. However, the city soon took the matter into its own hands and in 1924 declared “eminent domain” over the Bruce’s property and other neighboring properties, seizing them while citing the “urgent need” for a public park. But despite the supposed urgency of the situation, the property would sit unused for decades, until eventually being turned into a park overlooking the ocean, pictured above. 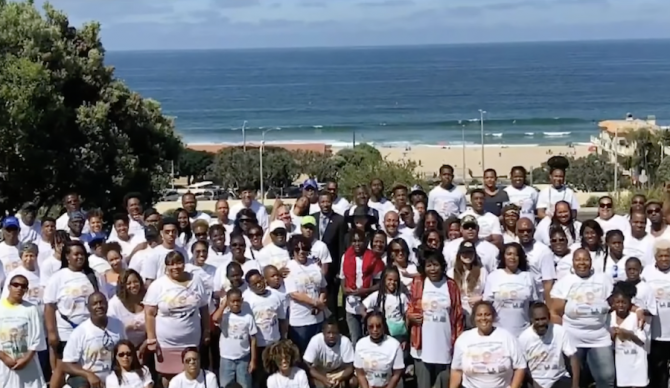 That all changed last year during the national and international reckoning on race following the murder of George Floyd as the story of Bruce’s Beach and other similar past injustices began to receive more and more attention. That’s when L.A. County Supervisor Janice Hahn realized that because the county now owned the property, this was one injustice she could personally do something about. She got the ball rolling, talking to lawmakers such as California State Senator Steven Bradford who sits on the state’s newly created reparations task force, while working to understand the legal complexities that stood in the way of the land being returned.

“My goal over the next several months will be to transfer this property in a way that not only works for the Bruce family — but is a model that other local governments can follow,” Hahn said at the signing event. “Returning Bruce’s Beach can and should set a precedent for this nation, and I know that all eyes will be on Los Angeles County as this work gets underway.” 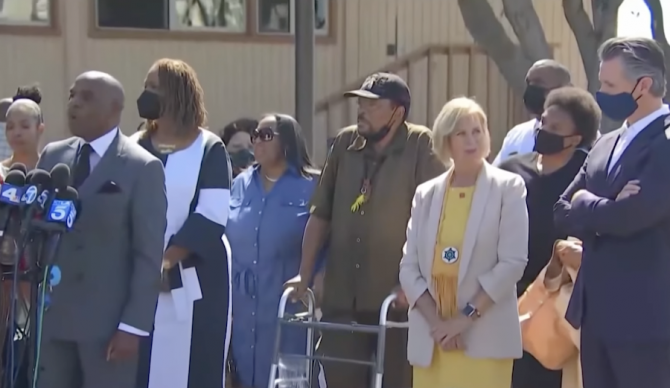 While the return of Bruce’s Beach to its rightful owners is an important milestone, activists, legislators, and supporters are seeing this as a hopeful stepping stone to other, similar acts of restitution, using the law to undo racist and unjust acts which were legally carried out decades ago.

“As governor of California, let me do what apparently Manhattan Beach is unwilling to do: I want to apologize to the Bruce family,” said Gov. Gavin Newsom. “I really believe this can be catalytic. What we’re doing here today can be done and replicated anywhere else. There’s an old adage: Once a mind is stretched, it never goes back to its original form.”