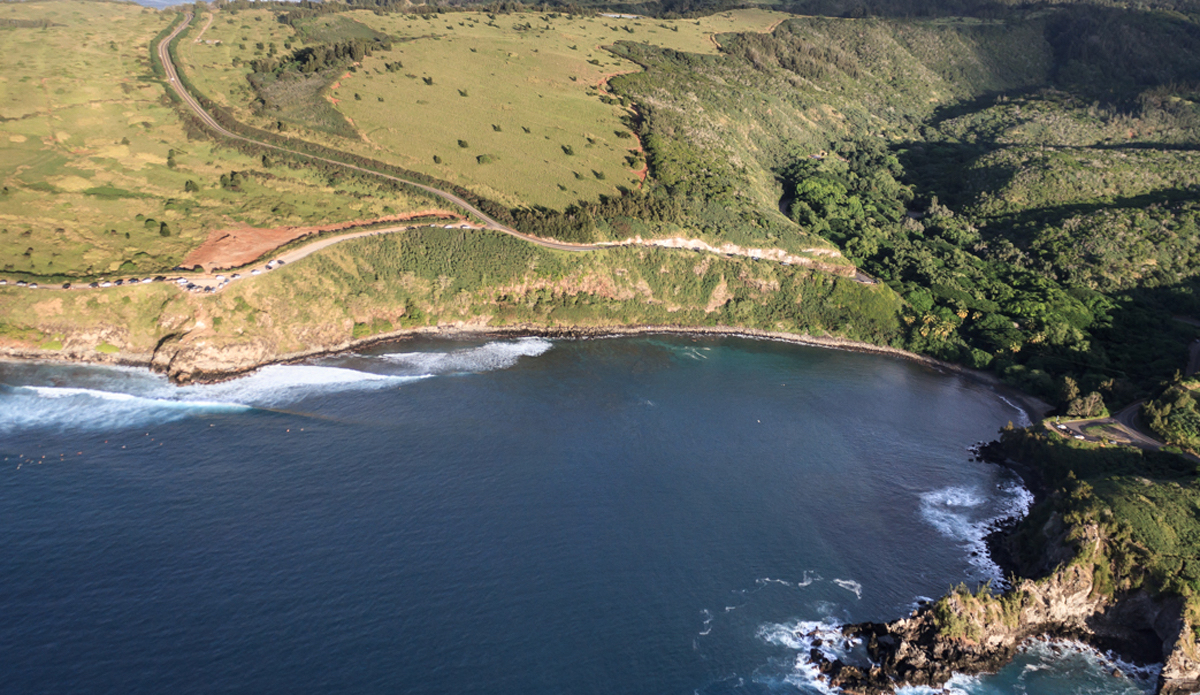 Here's an aerial view of the bay. Here you are looking down at the Cave section, a favorite amongst the locals. It's the most popular and high performance section of Honolua Bay. This day the swell was more Northerly, as the Bay likes a good NNW. Tyler Rooke 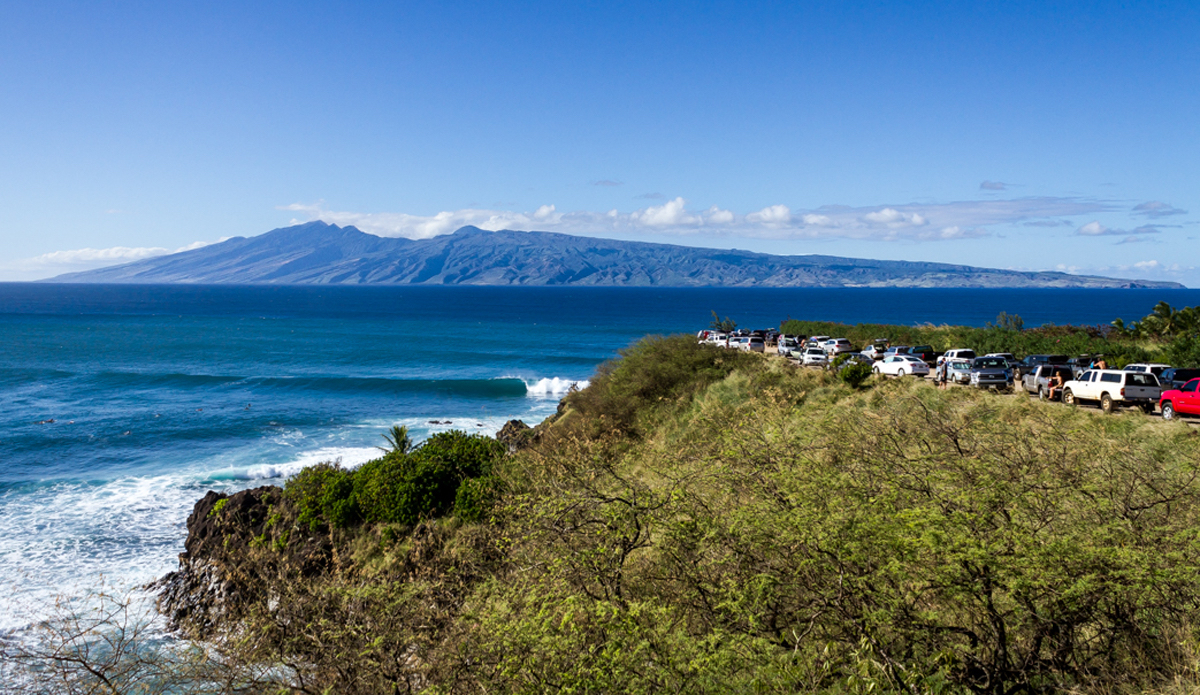 The outermost takeoff zone towards the point is Coconuts. Typically, the waves will be the biggest here, but it tends to soften up as it goes towards the point. Locals know this section like the back of their hand, as you will see them navigating in the barrel around boils, reef and most often, tourists. Tyler Rooke 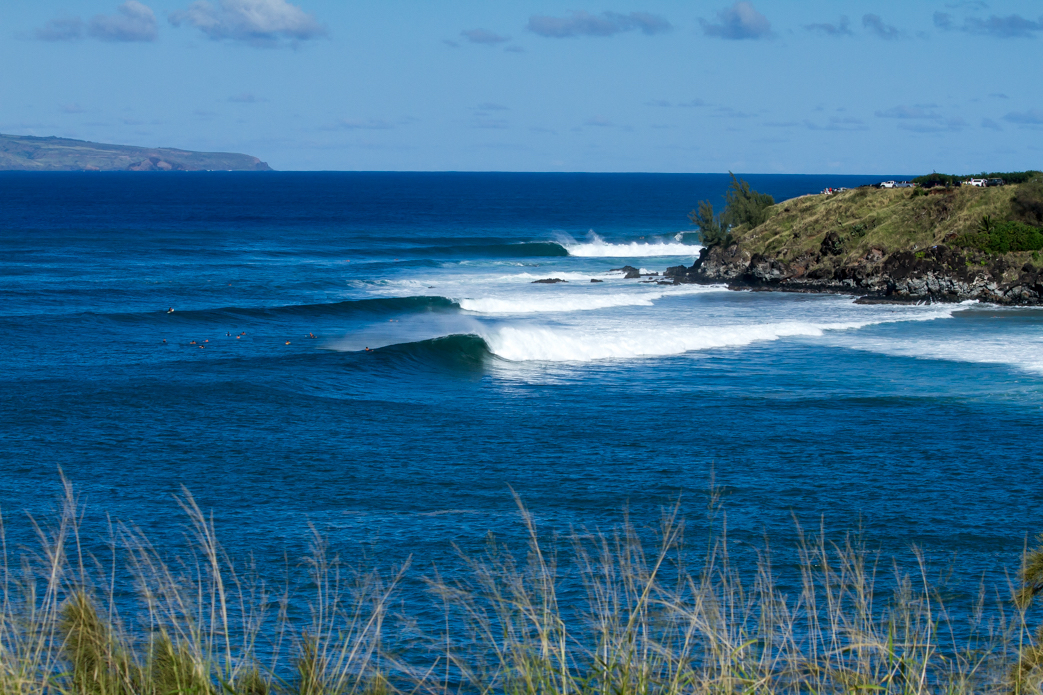 Here's an angle you commonly see of Honolua. You can see the swell wrap into the bay where it hits Coconuts, slows down a bit at the point, and then increases in size down the reef. It's not rare to see all sections light up and connect, but you can expect the locals who know what they are doing not to let any go to waste. Tyler Rooke 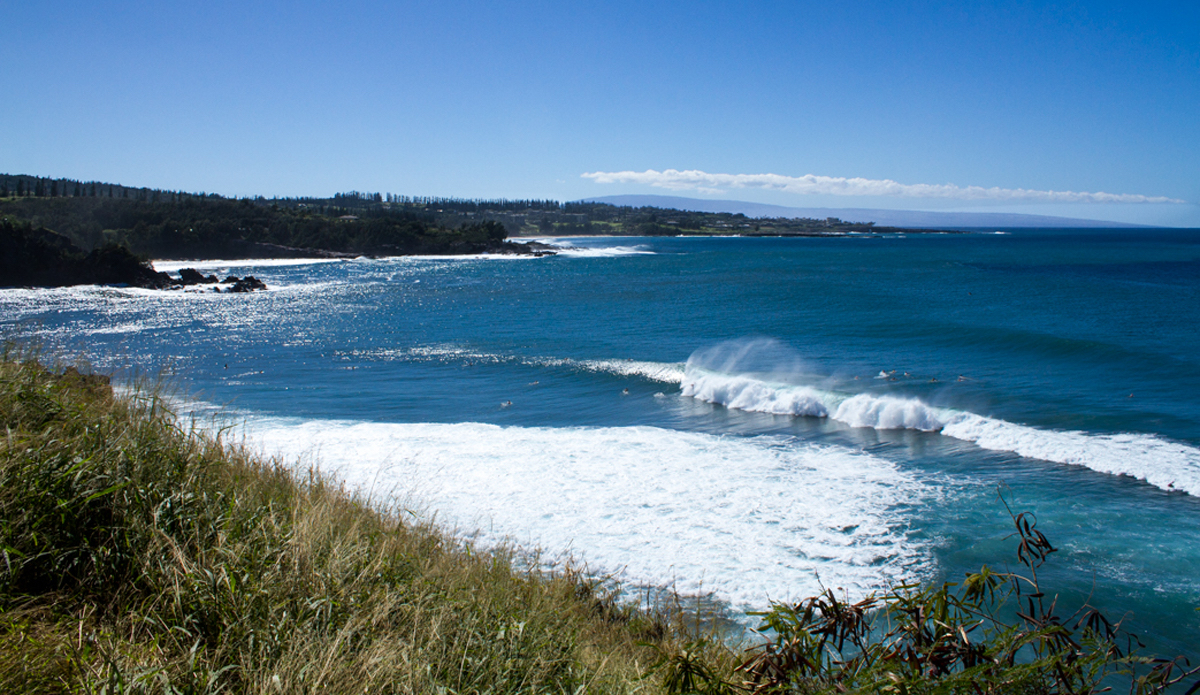 The view is pretty hard to beat. Another shot of the Cave. Here wave height gives way to wave thickness as swell runs down the point, jacking up and offering up the opportunity for the barrel of a lifetime. Tyler Rooke 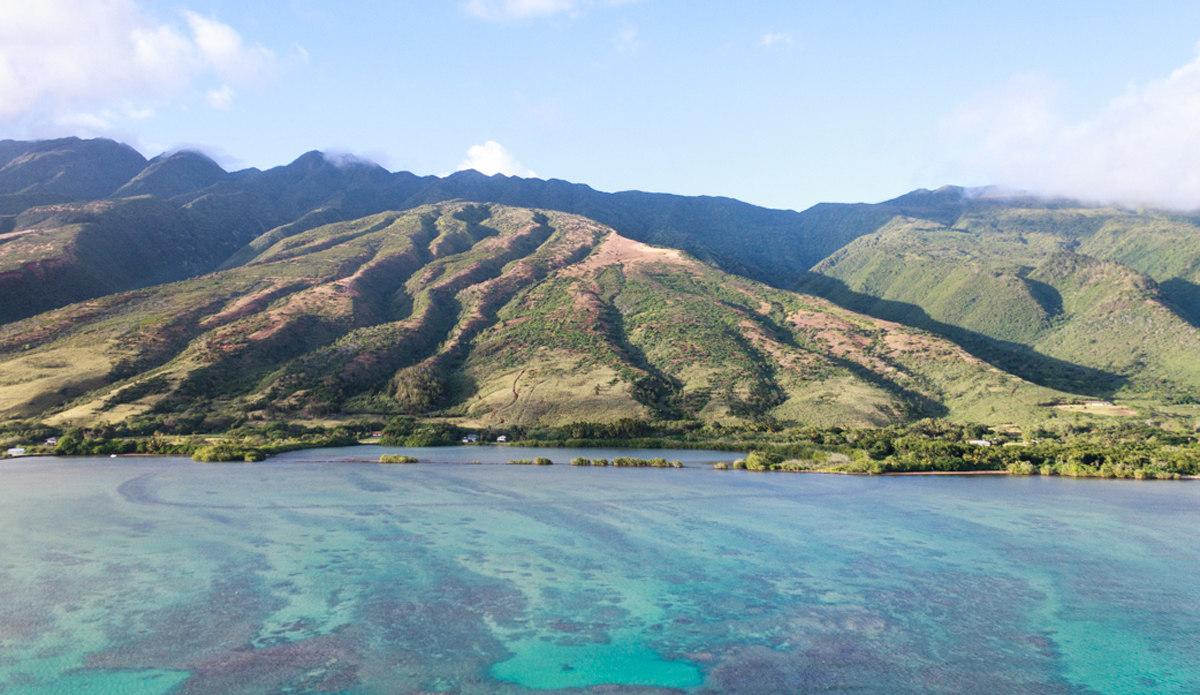 Flying over Maui's neighbor Moloka'i. The Palilolo Channel is 8.5 miles from Maui to Molokai. Canoes of all types have, for years, have been enjoying the downwind run from West Maui to South Moloka’i. Tyler Rooke 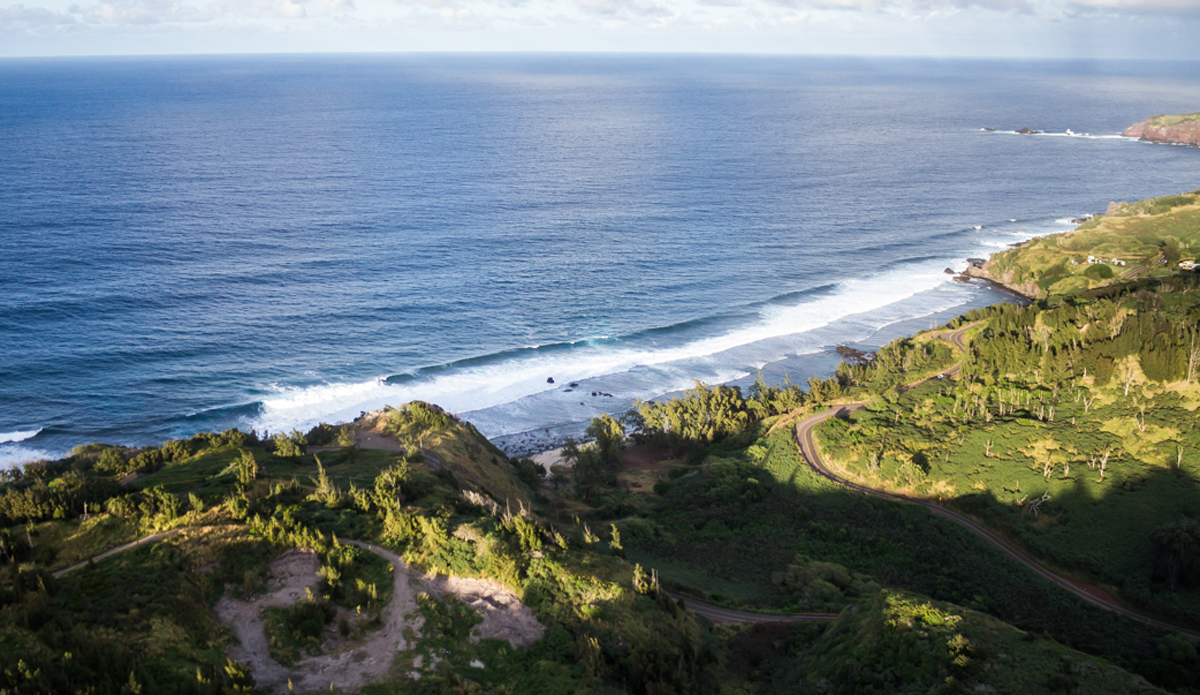 Up the coast a bit it gets a little more exposed to wind, the elements and locals. Maui's pros Dusty Payne, Clay Marzo, Granger Larson, and Ola Eleogram have groomed their skills in these neck of the woods and are regarded as the top Honolua Bay surfers. Tyler Rooke 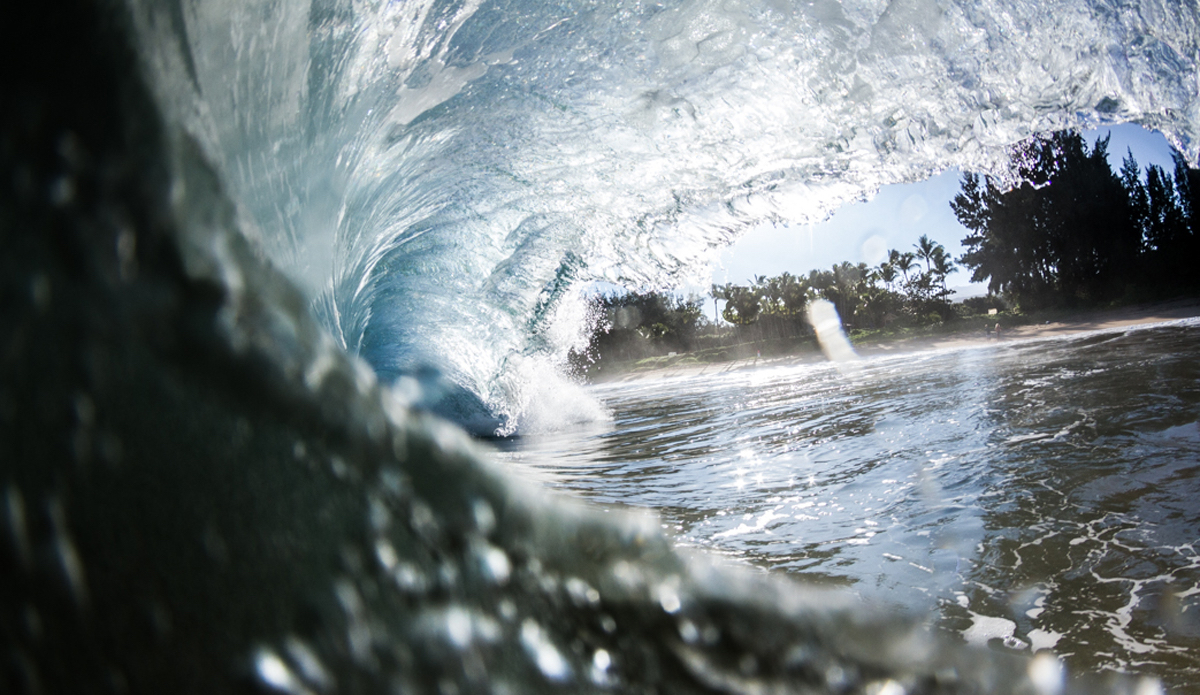 Winters are tough out here. No better way to start the day than having your barrels before your coffee. Tyler Rooke 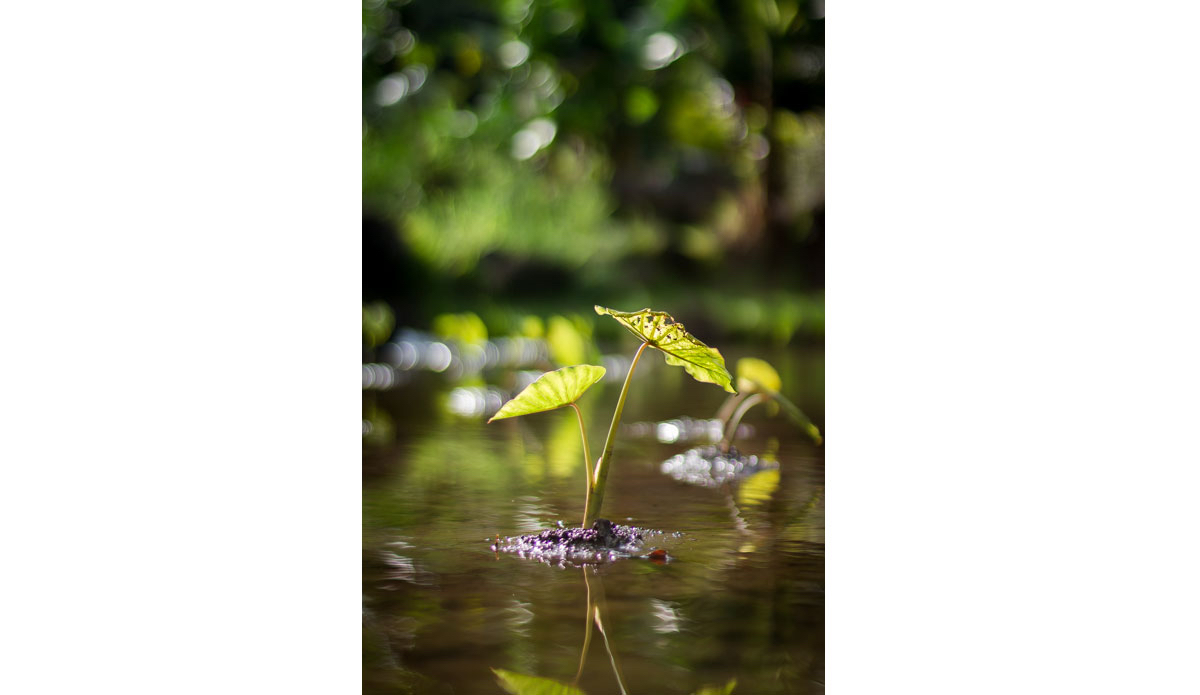 The taro plant is not only a dietary staple in Hawai’I, but the center of Hawaiian agriculture. So important was taro for survival and prosperity that it was considered an elder sibling to the Hawaiian people. Tyler Rooke 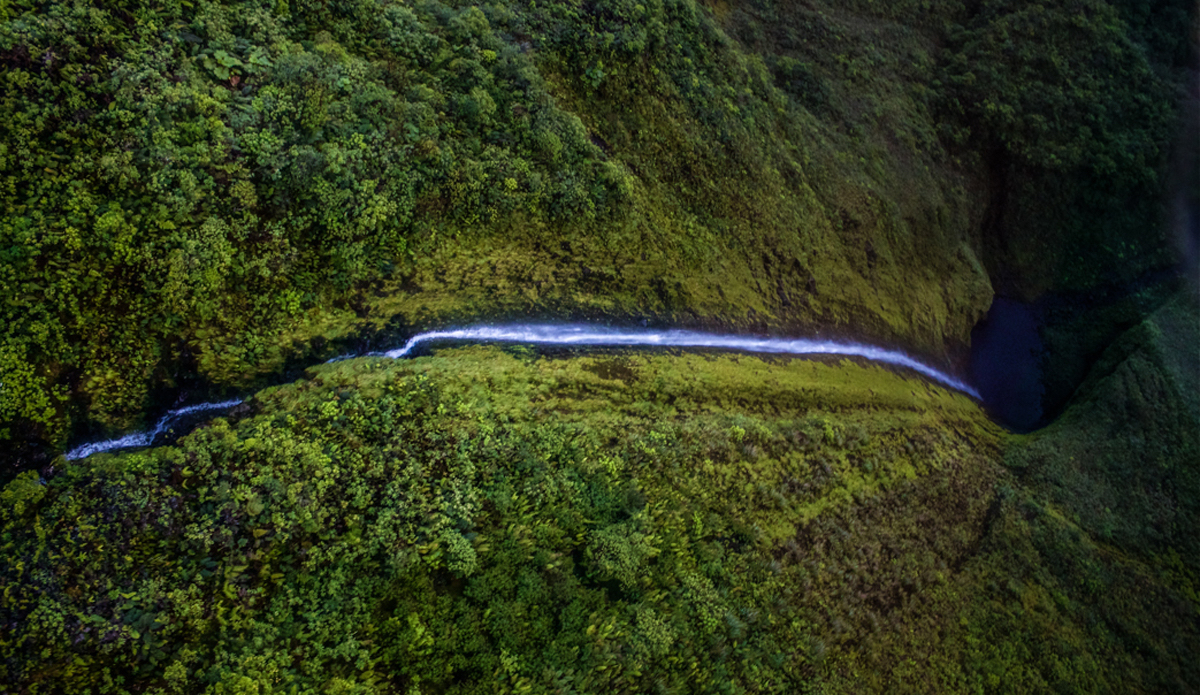 Honokohau Falls is the tallest waterfall on Maui and second wettest place on earth. Dropping in two tiers at a total of 1,119 feet into many more waterfalls. The only way to see this amazing cascade is by helicopter because it is located in an inaccessible valley in the West Maui Mountains. Tyler Rooke 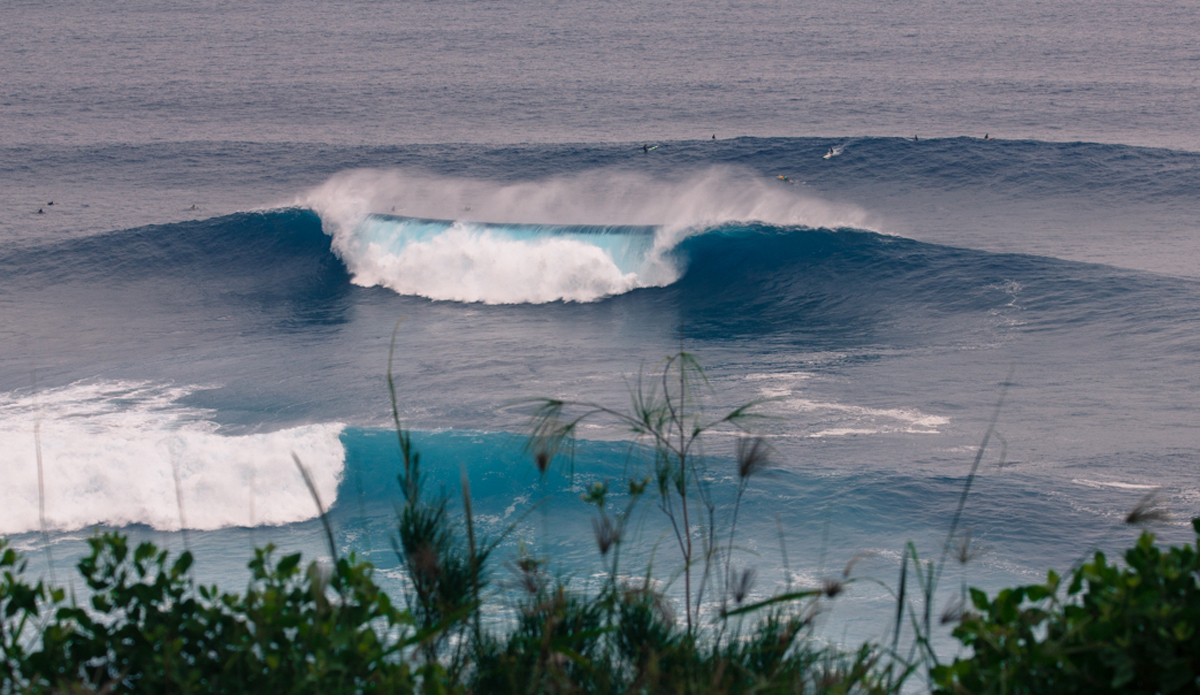 Peahi, Jaws is one of the most notorious big waves on the planet. It has maintained the biggest and baddest big-wave tag. Here's an angle not often seen due to it being a friend's private property and a long hike to the cliff. Predominantly a right, the left almost looks equally inviting in this photo. Tyler Rooke 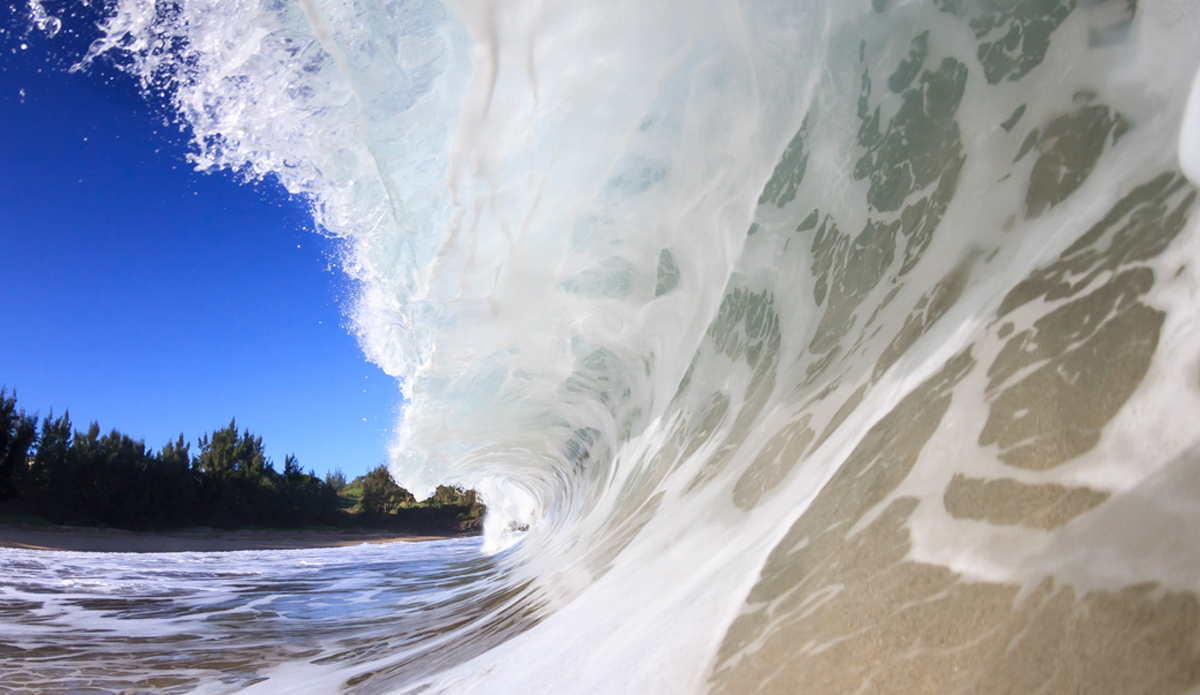 When it gets a little busy at the marquee spots, it’s always nice to explore and find your own little spot. Tyler Rooke 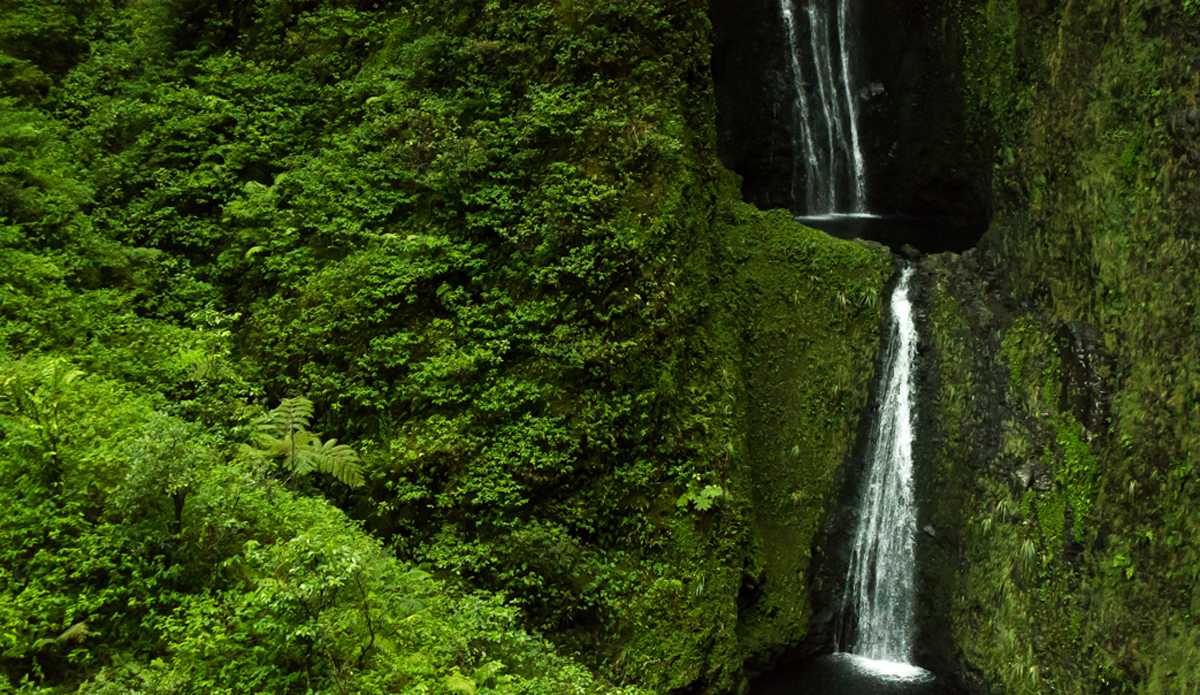 At the bottom of Honokohau Falls, these waterfalls merge into the Honokohau Stream. Here there were 1,600 taro patches stretched from the mountains to the ocean owned by Hawaiian families. Up until the last 10 years, there were no more taro patches in west Maui.Tyler Rooke 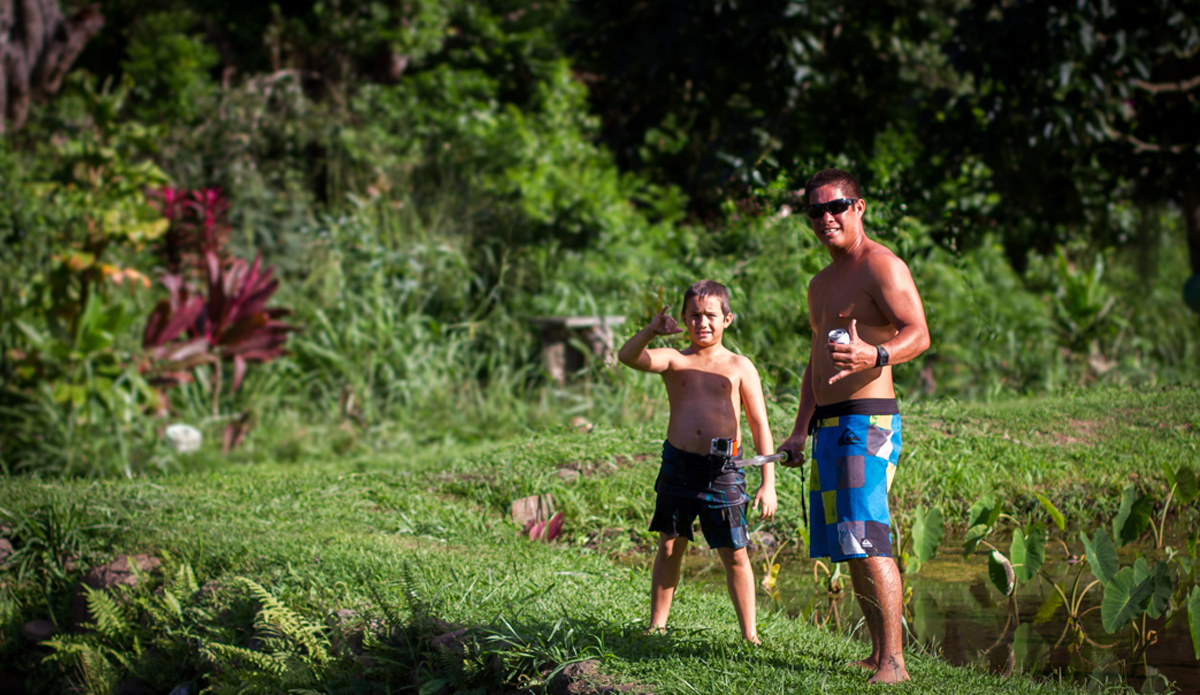 My good friend Manu Akana and his son Makoa. Born and raised on the beach at Honolua Bay, I give Manu the unofficial tag of Mayor of Kapalua. If you surf Honolua there is a good chance you will see this legend. Organic farmer by trade, Manu is also passionate about keeping Honolua safe from development, pollution, and anything that would changed the surroundings of the Bay. Tyler Rooke 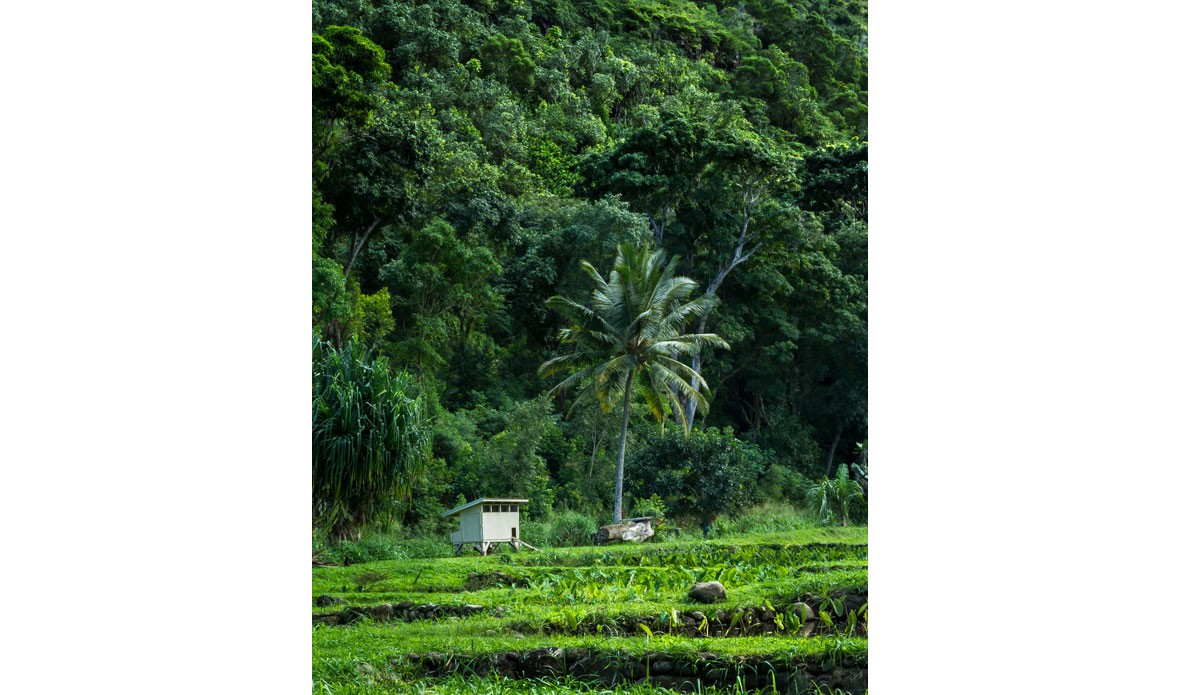 Today, local Kalo farmer Wili Wood and the community are restoring the ancient taro patches to as close to their original state using 100-year-old maps of the land. After 10 years of restoring Honokohau, Wili now has 3.5 acres of land with 33 taro patches on the property. Tyler Rooke 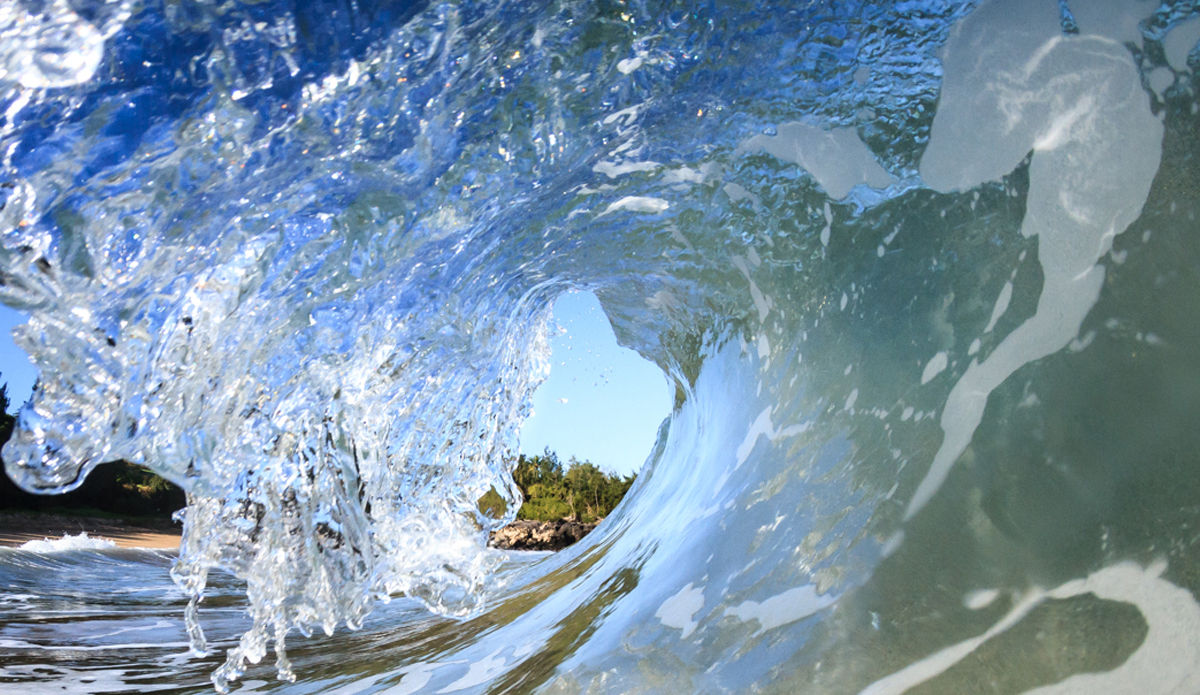 Manu’s only advice for anyone visting Maui is: “Have respect for the whole area of Honolua and the people there in order to perpetuate Honolua Bay. It is known for so much more than just surfing. It is also a marine sanctuary protected by the State Department of Land and Natural resources. It was also a meeting place in ancient times where people from other islands would come for battle. Today, it’s a priceless gem that locals and visitors have the obligation to protect. Tyler Rooke

Maui is one of the most beautiful islands in the Hawaiian archipelago. It is scattered with quaint towns, artsy communities, farms, and mom-and-pop shops that have been around for generations. I’ve been coming to this little Pacific gem for some time now, and I now understand why the pioneers of surfing consistently flocked to the Valley Isle many moons ago. As equally impressive as modern Maui is its history, which has always intrigued me.

It was on this island where Herbie Fletcher and Gerry Lopez began to experiment with radical board designs that were inspired by the counter-culture movement in the 60s. Also while on Maui, Jimi Hendrix and Mike Hynson, who was a star of The Endless Summer surf epic, were inspired to produce a film. With the proposed title Wave, the movie would be centered on the Maui’s counter-cultural community. Eventually called Rainbow Bridge, their message was to enlighten others with self-realization, organic health, and a happy life that is so pervasive today.

Today, Honolua Bay remains one of Maui’s most remarkable attractions. It is arguably the best wave in Hawai’i, as well as one of the best waves in the world. Australian and four time World Champion, Mark Richards, describes this lovely place as the “the ultimate wave.” Its combination of length and hollow sections, set in the beautiful amphitheater/cliff line, makes it a favorite among those who are lucky enough to surf it.