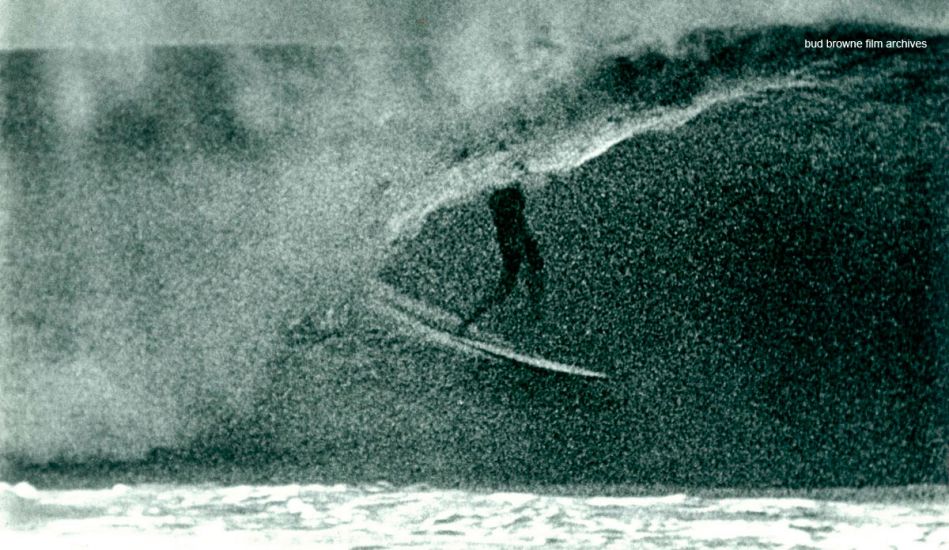 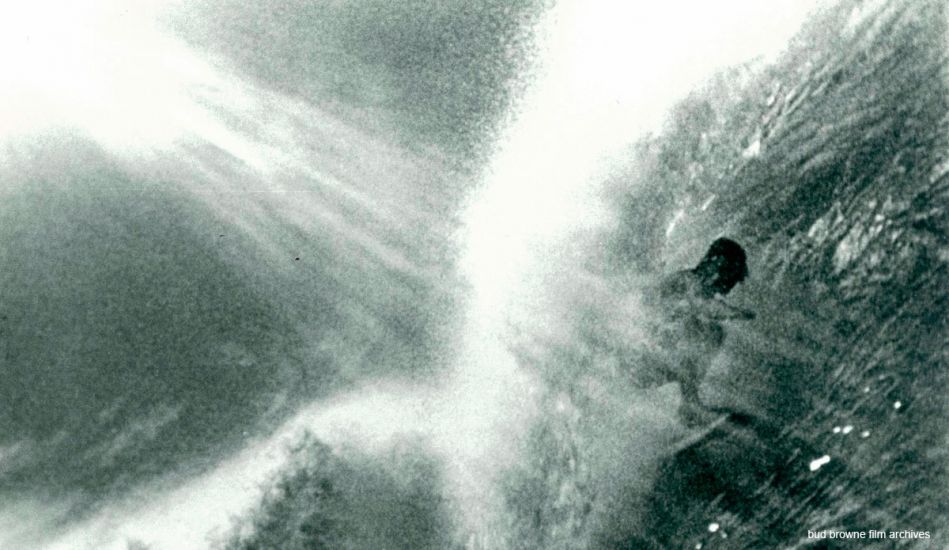 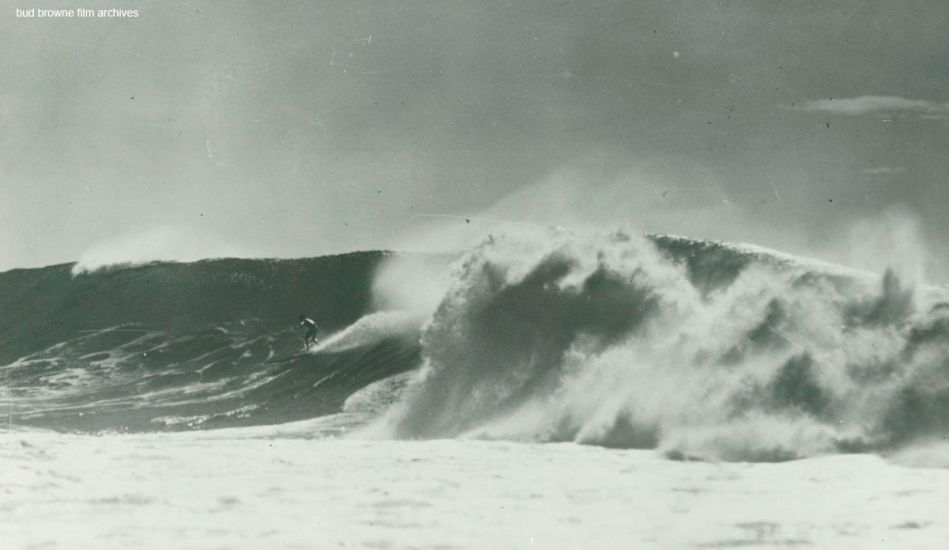 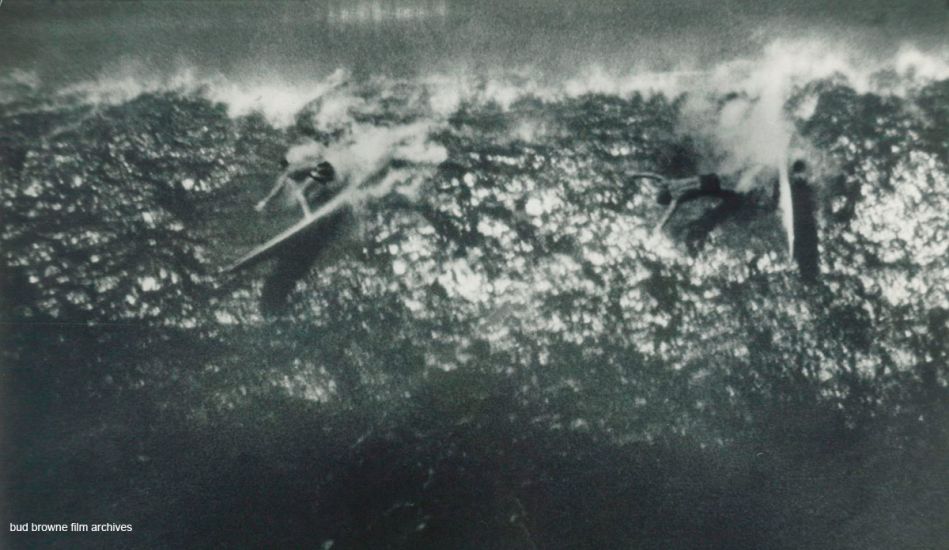 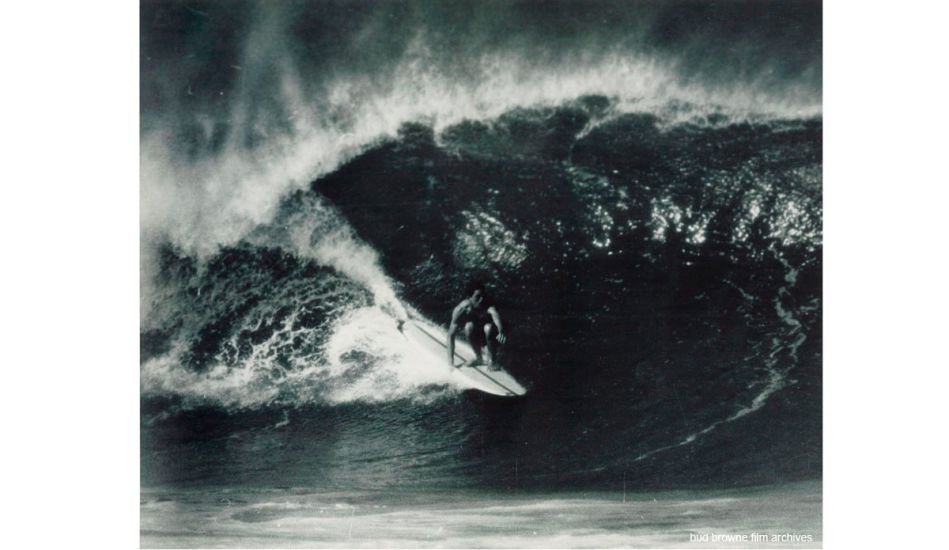 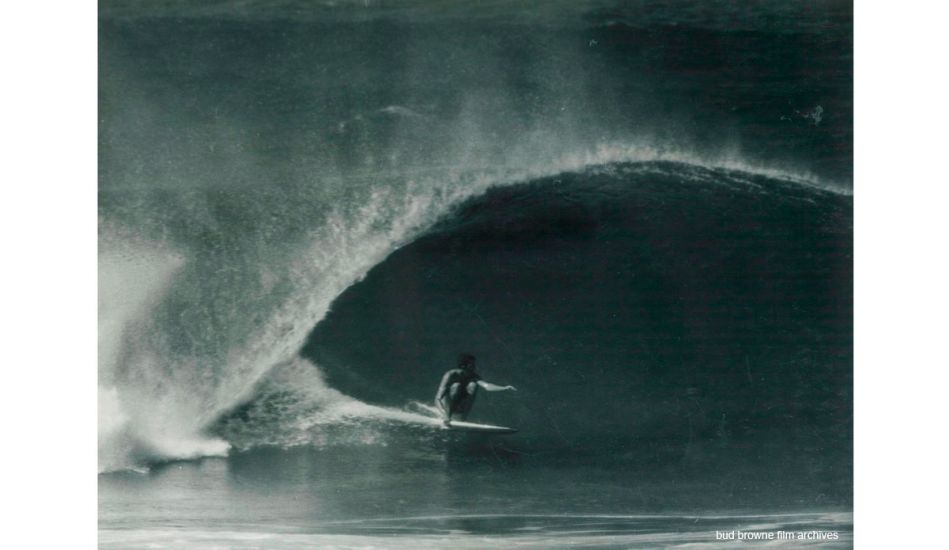 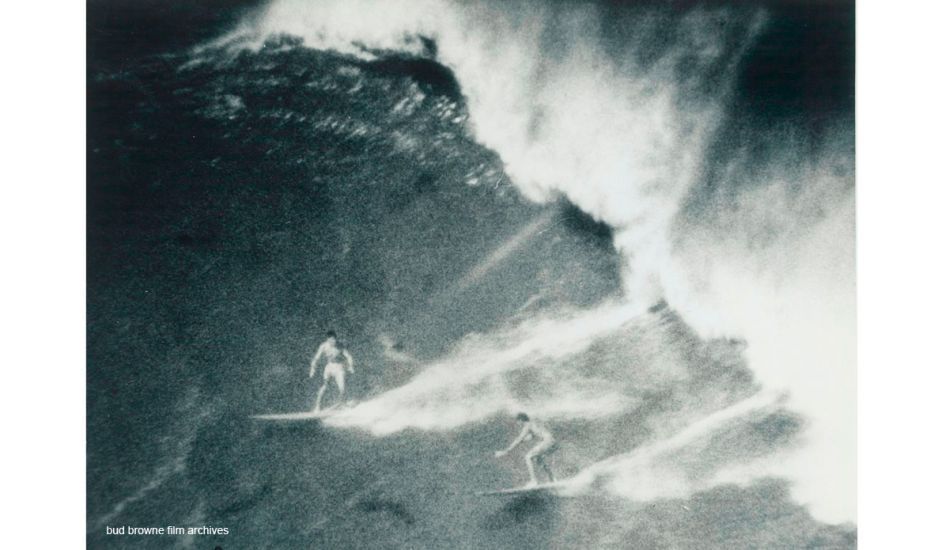 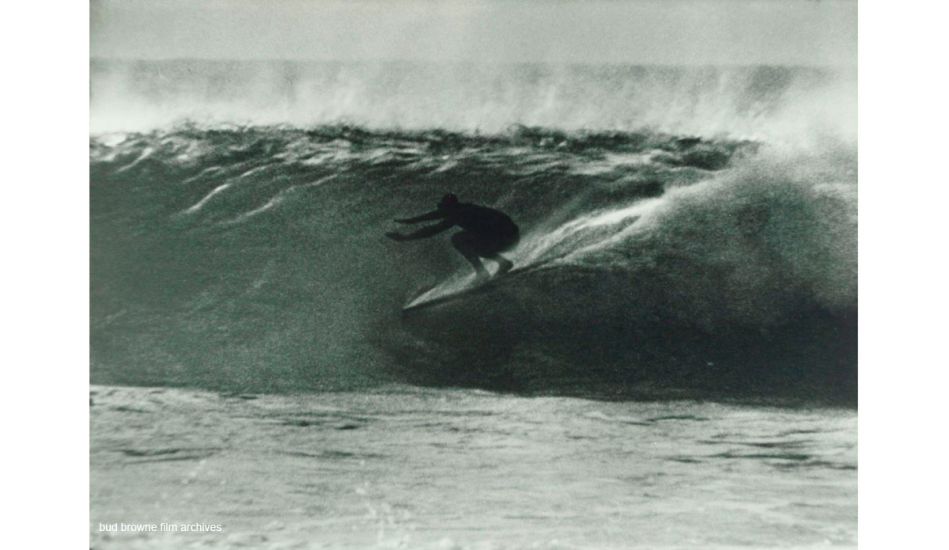 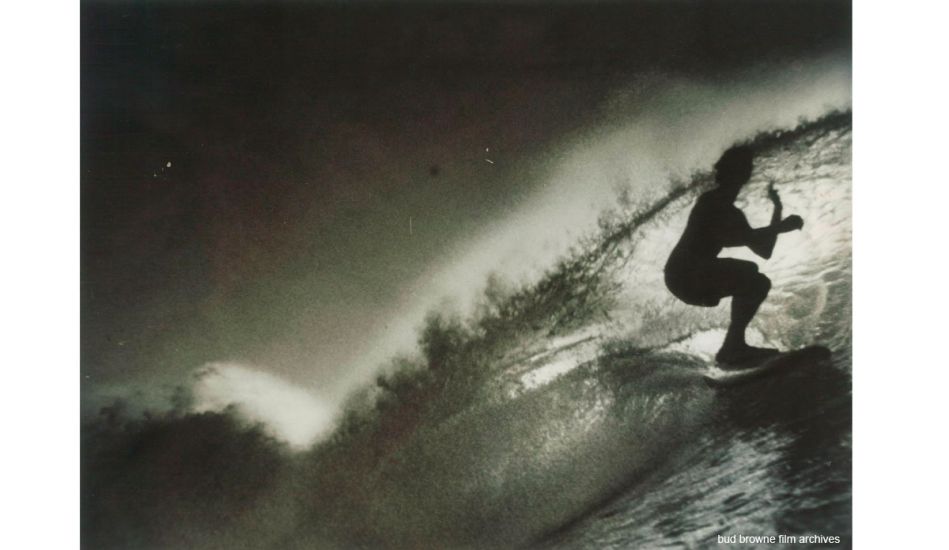 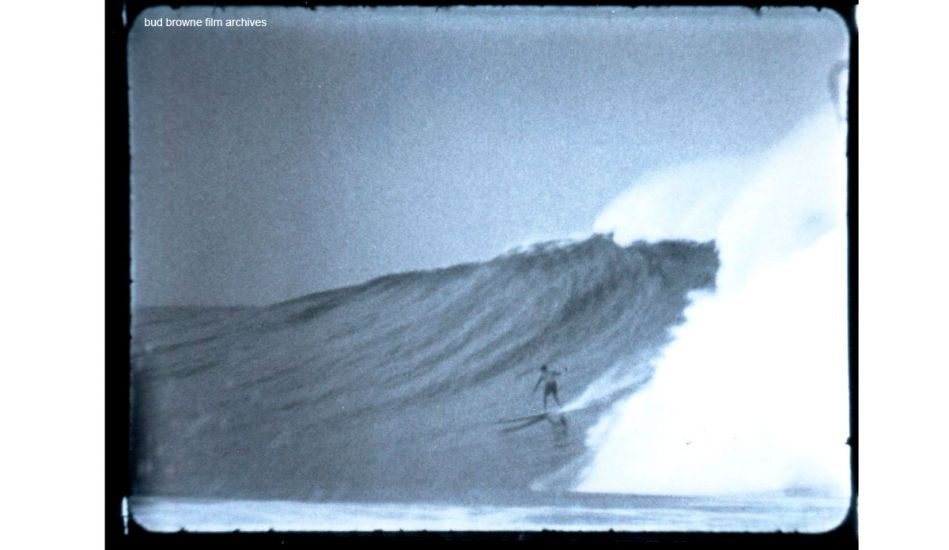 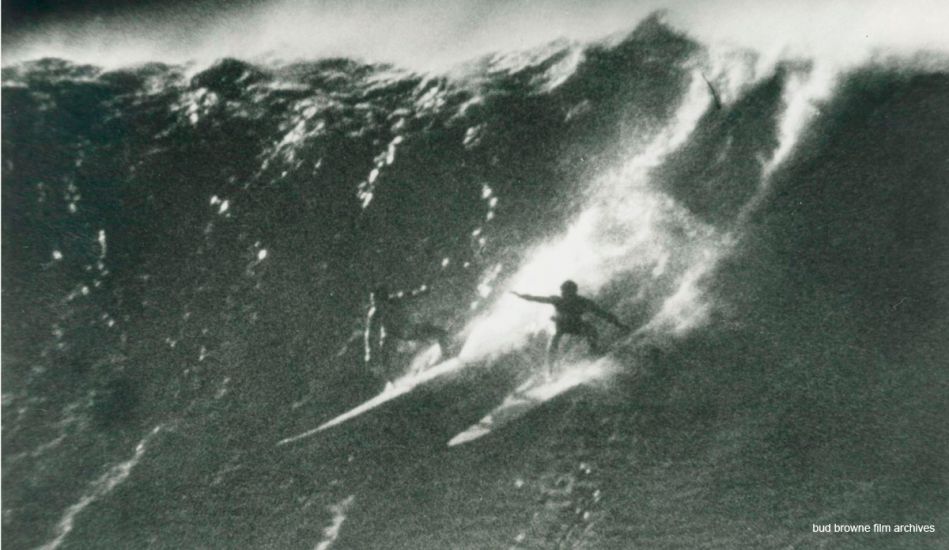 Bud Browne’s contribution to surf history is immeasurable. Receiving his film degree at University of Southern California (USC), and documenting surfing from California, to Australia and Hawaii from the early forties through the seventies, Bud’s films and images span a period of over fifty years where his documentation of the sport is unrivaled. The surf films he produced defined the generations of its time. Filming surfing from the birth of modern Big Wave Surfing through the short board evolution, he is revered in the industry as a Surfing National Treasure. His films continue to shed light not only on a unique time, but also on its key players. The body of work that Bud Browne leaves behind will continue to inspire and move others by the daring and adventure of its time.

They are called frame grabs because quite literally, they are frames that are “grabbed” from moving film to create a frozen image; stolen from movement, like stolen time…

Recognized as the father of the surf film and creator of the genre, Bud Browne quietly created a style of surf photography that was uniquely his own from the 1950’s through the 1970’s. He called his print work “frame grabs” because quite literally, they are images grabbed from frames of the movies that he created. A modest man who defined himself as “a man of few words”, I believe he would have been somewhat embarrassed to hear himself referred to as a photographer. It might risk sounding somewhat pretentious. First and foremost, he considered his craft to be that of a filmmaker.  Nevertheless, his print work was not only prolific, but in truth, extraordinary. Rendering an ethereal quality, he created a genre that is now a window in which to visit another time in surfing. These images are timeless, because to behold them, transports you to a place that transcends all time.

He spent a great amount of time filming the very first commercial surf films (a total of fourteen), but later, in his down time when he wasn’t filming or editing, he found a great deal of pleasure in creating images from his films in a makeshift dark room he had set up in his small house in Costa Mesa, California. While his film work was his commercial priority, his film grabs were purely for love. Although many of his prints found their way into the surf publications of his time, he considered his print work somewhat of an elevated hobby, intended to give to surfers as mementos or gifts. Within a confined space, he was to produce a prolific body of work, interesting remnants of surf history that are evocative, compelling specters of a time passed. Grainy, surrounded by halos, they are images not only seen, but felt. A body of work that captures historical moments in surfing for all time, and seen in retrospect, possesses the power to move us deeply still.

No one documented surfing and its people longer, covering more critical movements in surf history than Bud Browne. Going about his business quietly, he was ever the silent observer, leaving in his wake a view of surfing during an innocent time. Stolen moments, immortalized on paper, now remnants that remind us that time is eternal. Enveloping the viewer into the moment, like the folding of blue, Bud Browne is the Stieglitz of Surf photography.