Sunny Garcia Update: ‘He Has Said a Few Words and Is Now In Therapy Daily’ 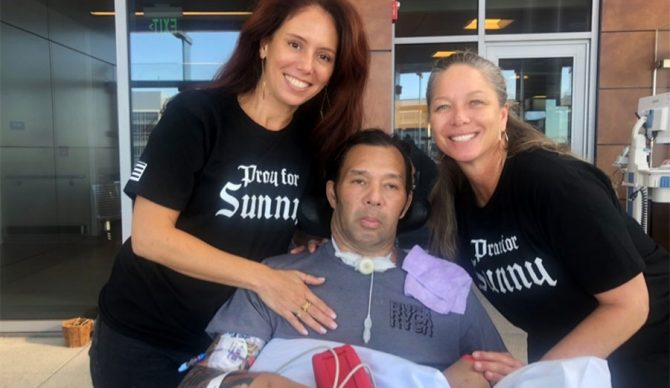 According to an update, Sunny Garcia has said a few words and is now in daily therapy. Photo: GoFundMe

During the last year, the surfing world has been following the plight of one of Hawaii’s most iconic power surfers, Sunny Garcia. In April,  he tragically attempted suicide in the Pacific Northwest after a long battle with depression. He was rushed to a hospital in Portland. Something about Sunny’s personality and the way he rode waves (attacking them with an unrelenting style) resonated with the surf masses so when the news broke, the outpouring of love and support for Sunny was enormous.

Details remained thin, as per the family’s understandable wishes. Nearly a month later, he was moved to a hospital in California for surgery. Since then, there haven’t been any updates on his condition, but on Monday, one came from the GoFundMe campaign. It shed some light on how he’s faring and left a glimmer of hope for his recovery. 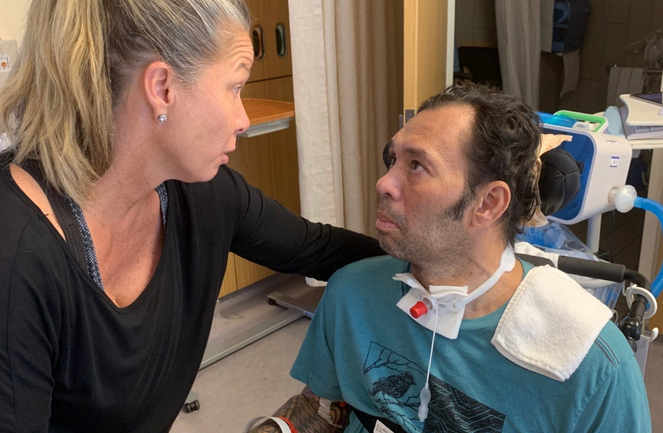 Sunny Garcia is working on continuing to improve. Photos: GoFundMe

“A long overdue update on Sunny,” the update reads. “We are taking one day at a time and celebrating each little triumph. Sunny is a warrior and fighting every day to get better and stronger. He has said a few words and is now in therapy daily — physical, speech, and occupational. The family thanks you for your continued support for Sunny as he continues to heal. It’s going to be a marathon, not a sprint, but we work every day to make sure he is surrounded with love, laughter, and ohana.”

According to Janae Twisselman, a close friend of the family that’s helped with the GoFundMe campaign, Sunny is no longer in a vegetative state or coma and is moving on his own. “The (family) is still in a zone where they don’t want to give out too much info because they’re still trying to figure everything out,” Twisselman told The Inertia. “From everything we’ve learned from  past history (and trauma like this), it’s a long process. But he’s been working out on a stationary bike, assisted, and he’s definitely able to hear voices and track people and read people’s hands. He’s saying words, he’s not totally audible, but he’s gaining his motor functions, working on physical movements and brain functionality and auditory processes. It’s just a really long recovery road.”

Editor’s Note: The Inertia’s Alex Haro and Joe Carberry contributed to this report. If you’re having any thoughts of suicide, please call 800-273-8255 to reach the National Suicide Hotline. Donate to the GoFundMe campaign benefiting the Garcia family, HERE. This story was updated at 7:40 p.m. PST.