Surf Exploration Still Exists: A Journey Into the Unknown 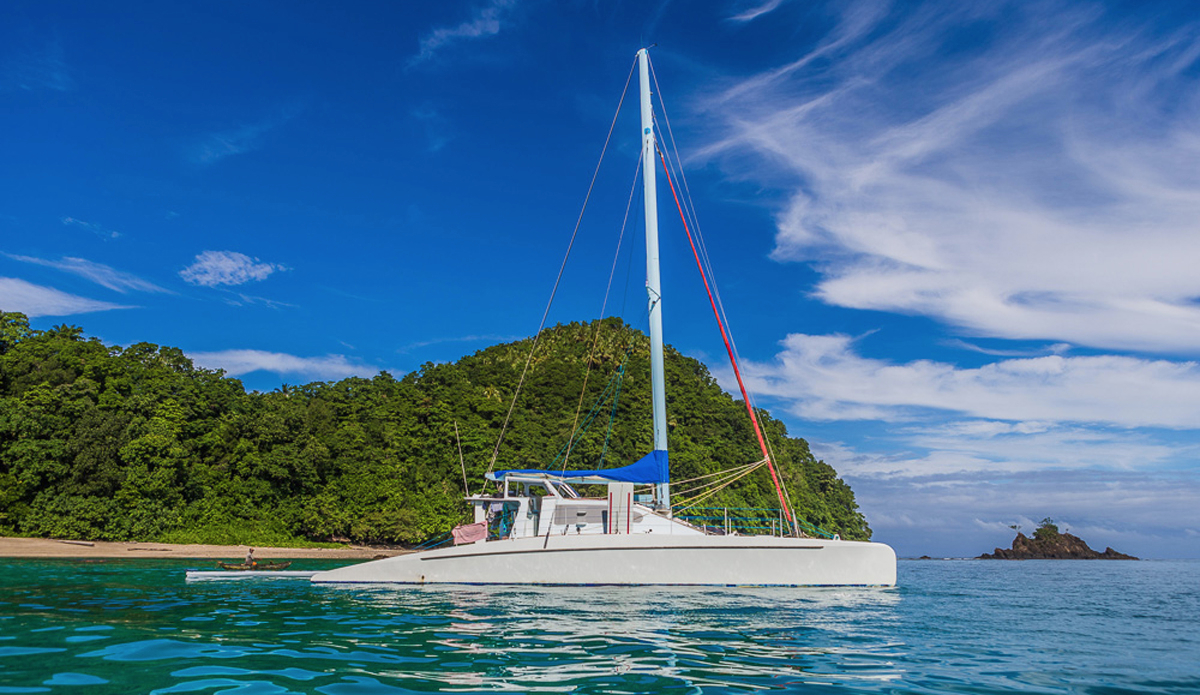 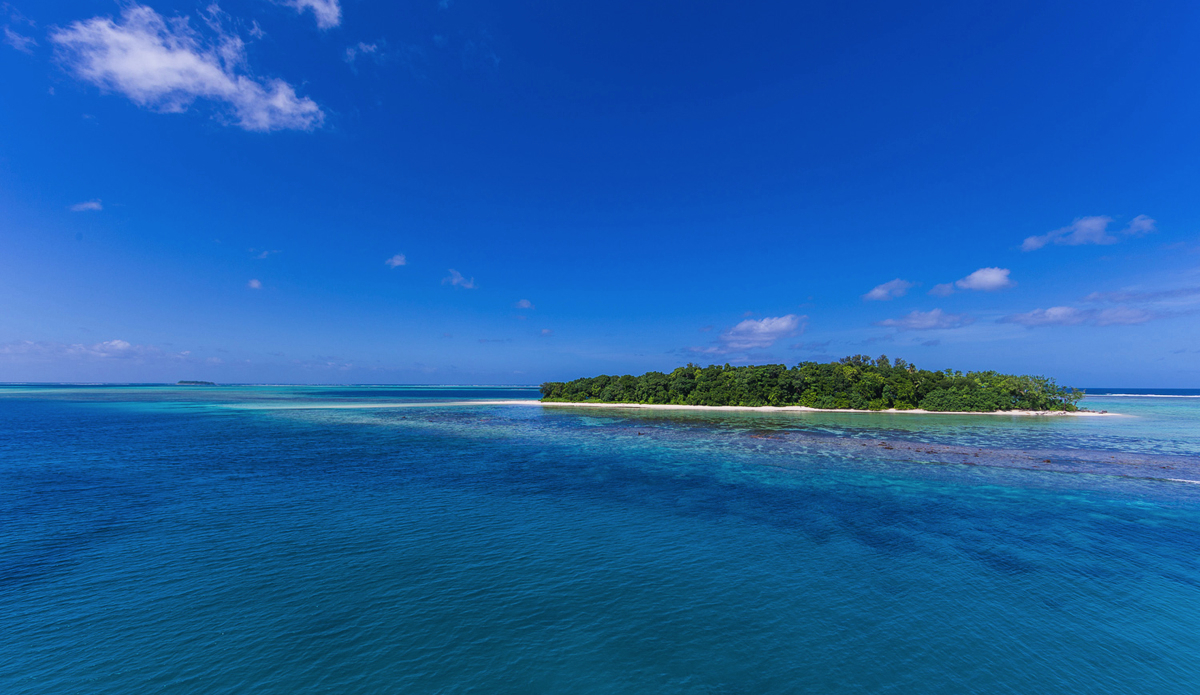 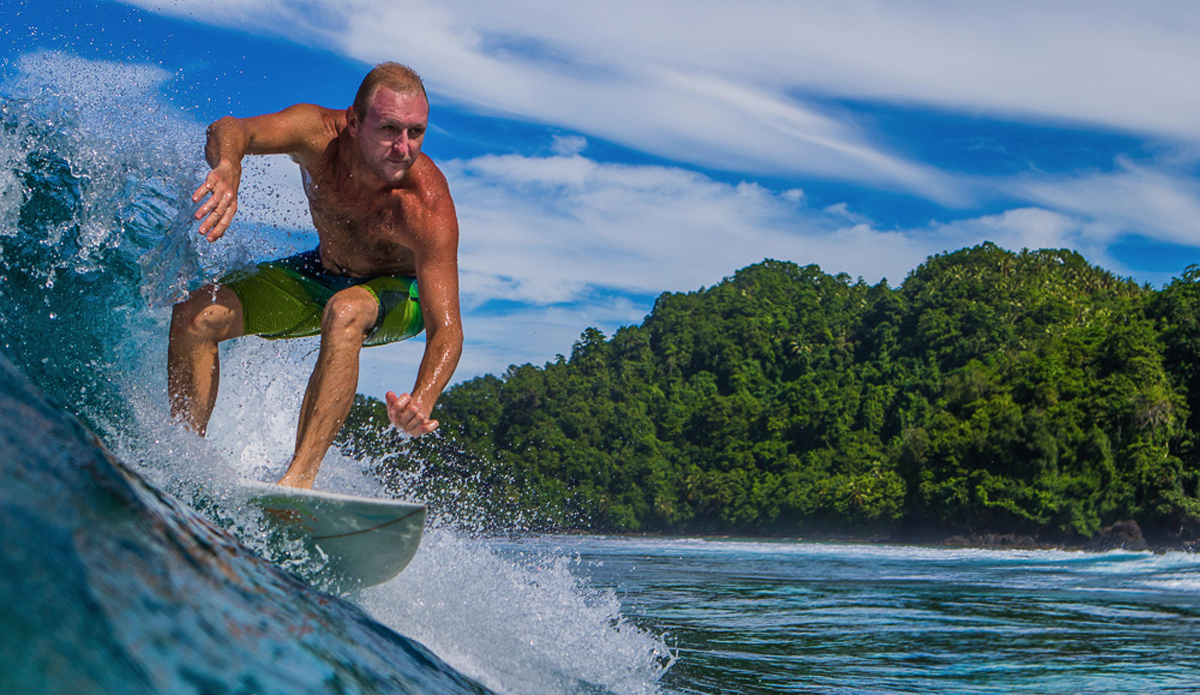 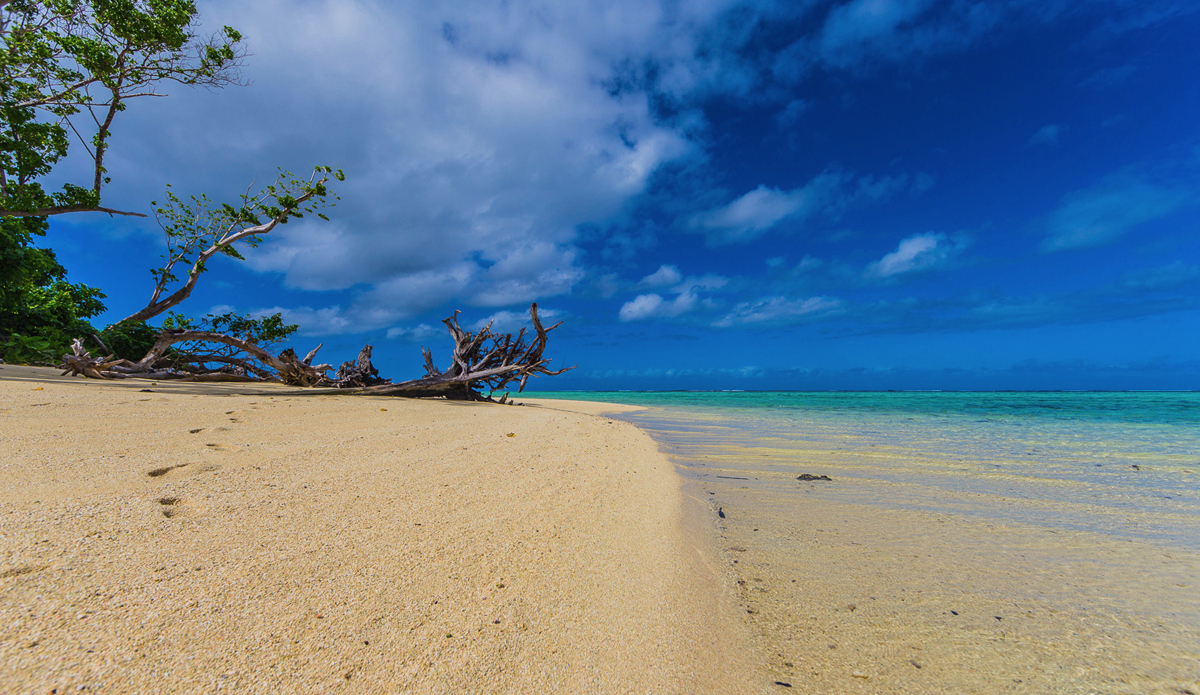 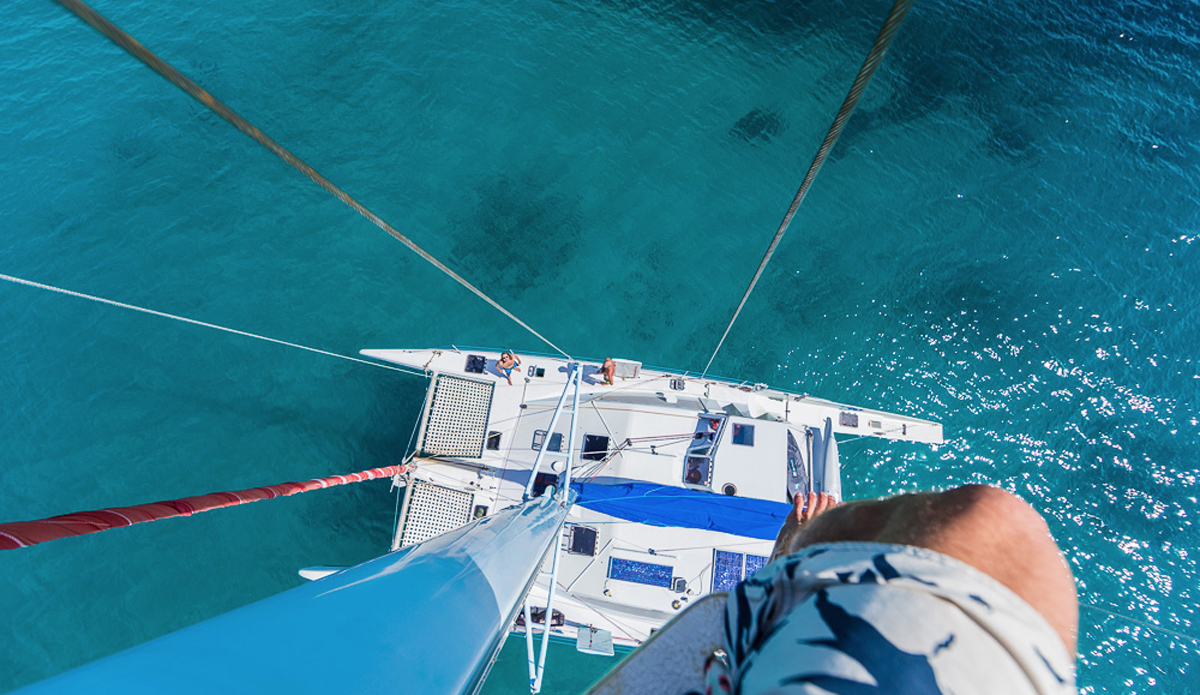 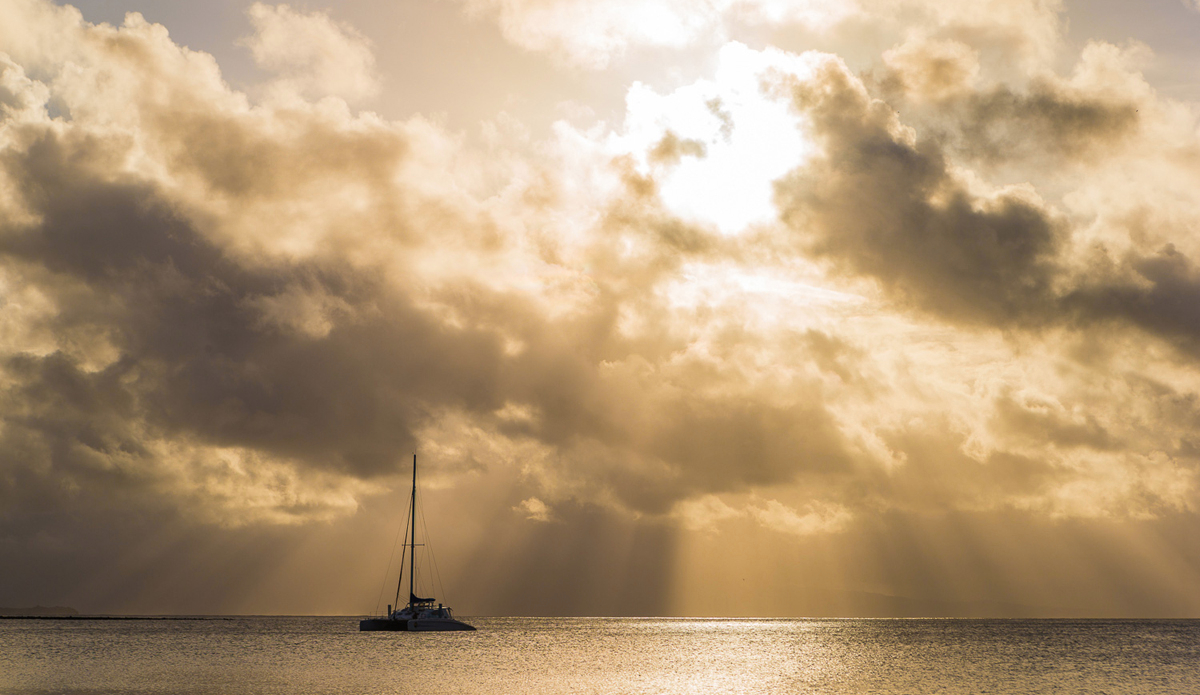 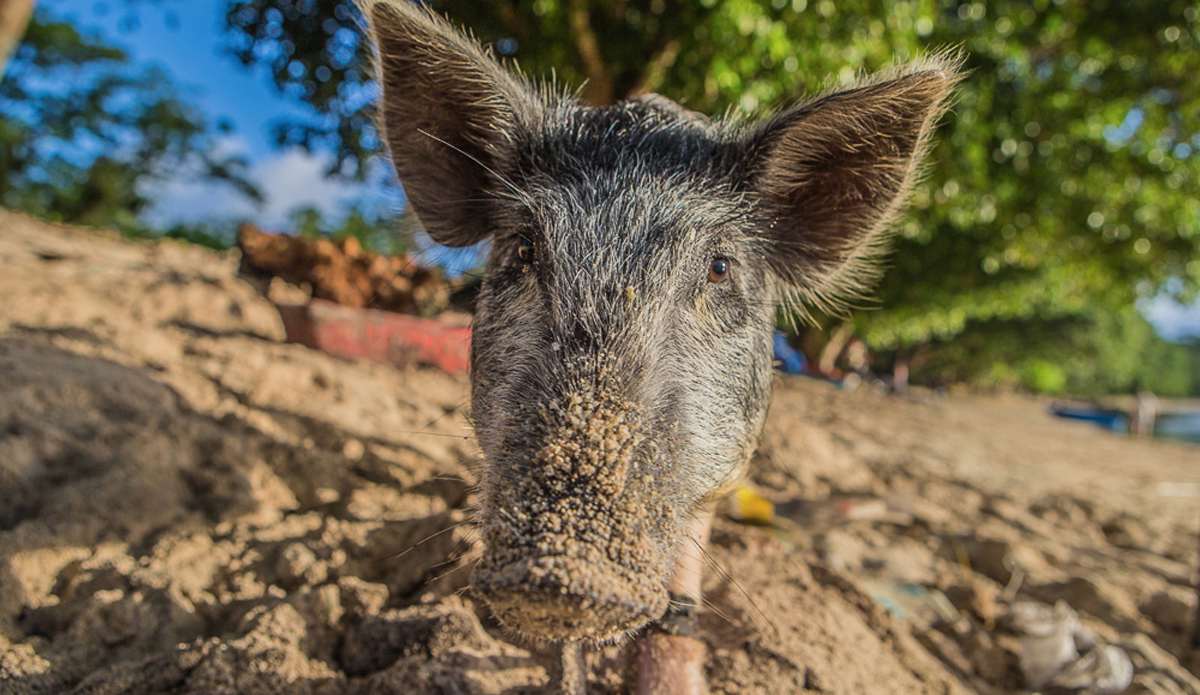 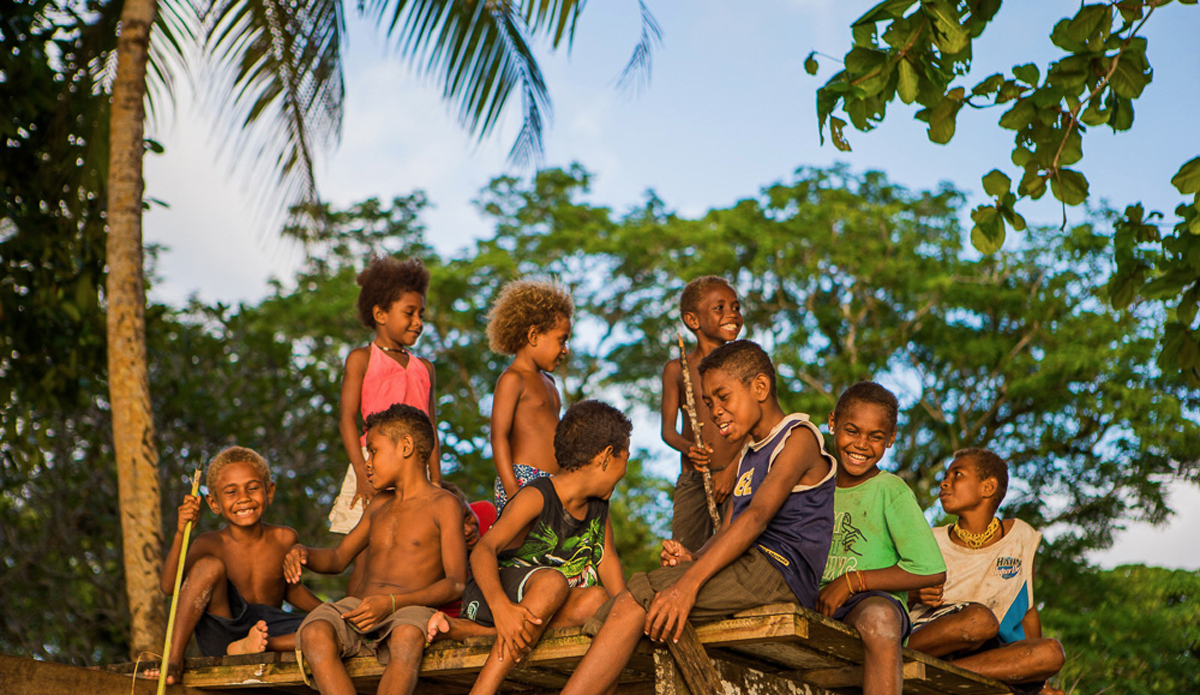 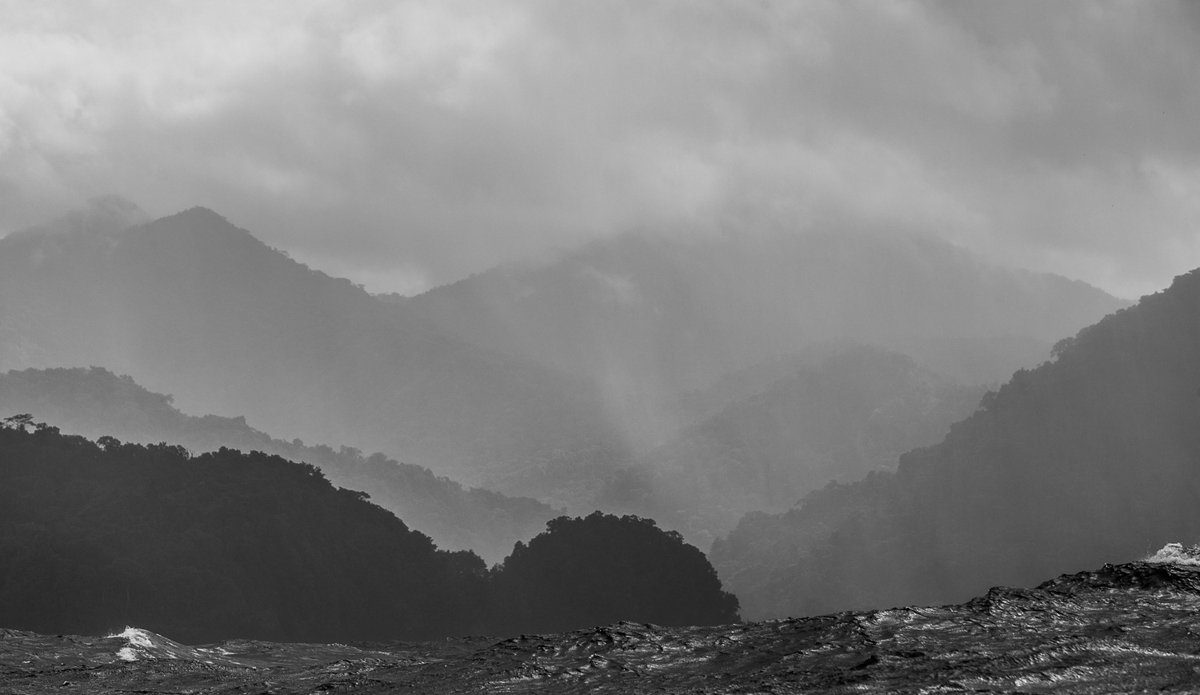 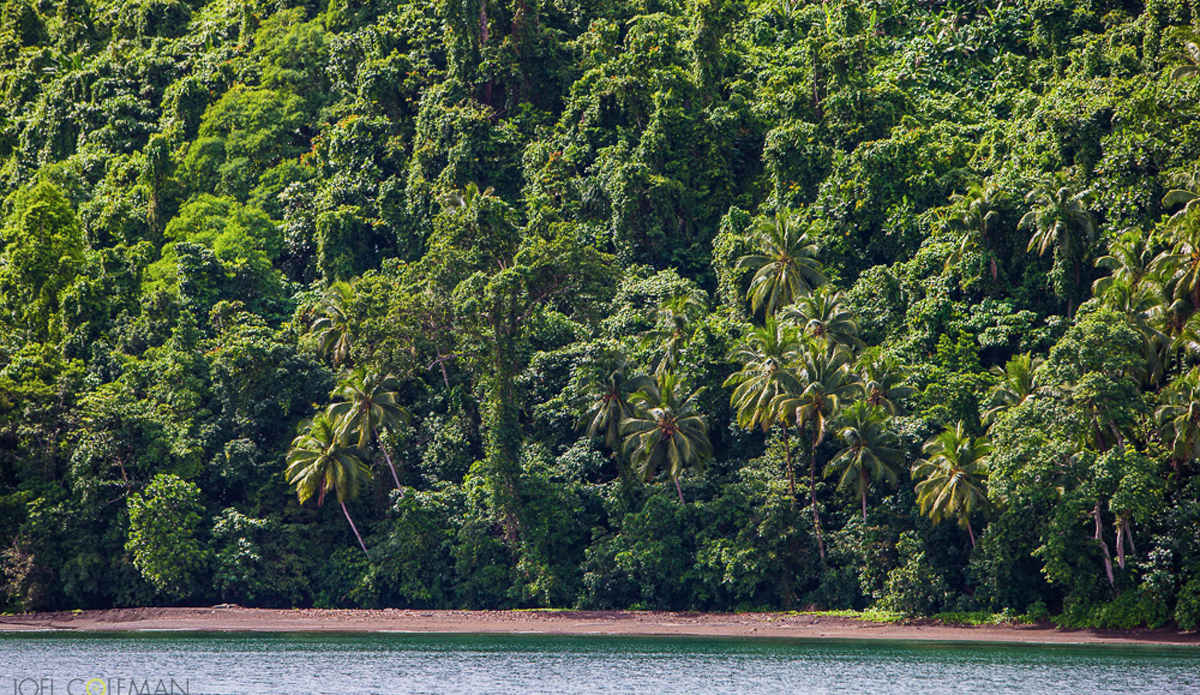 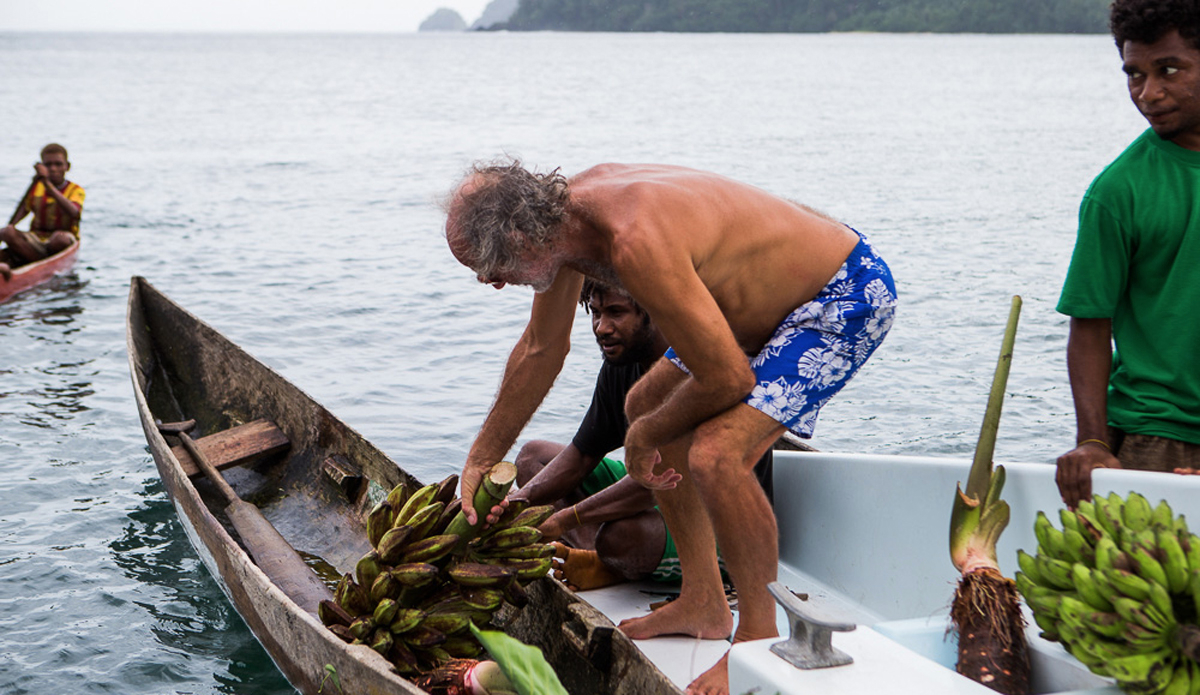 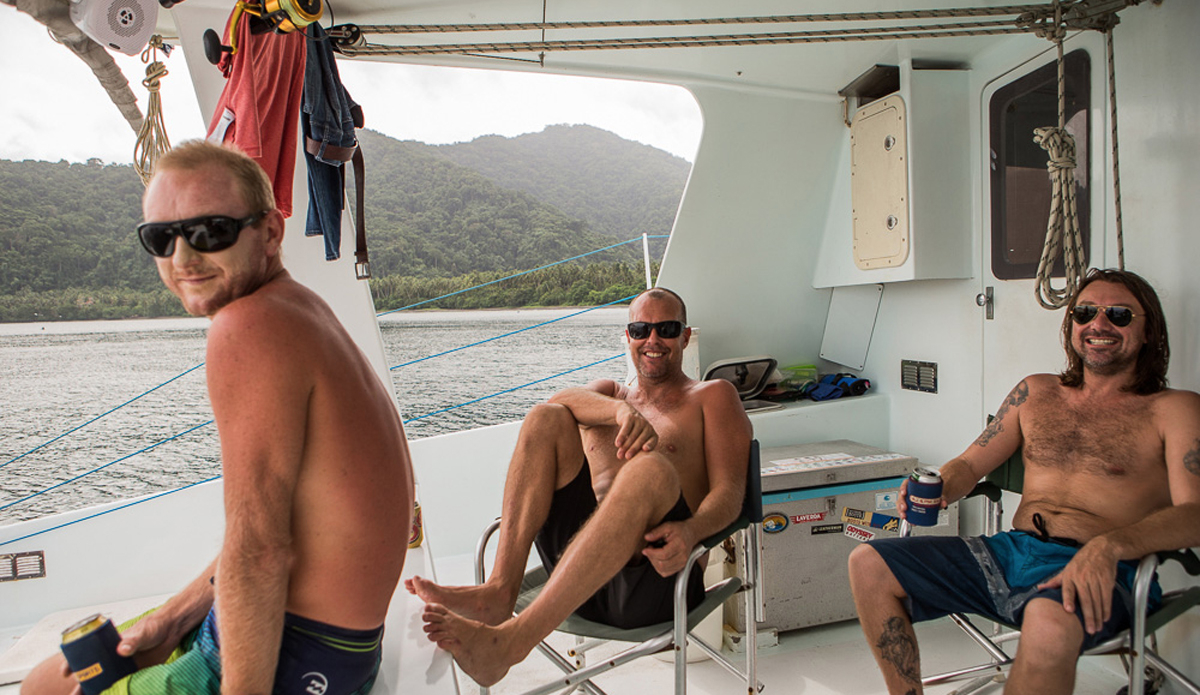 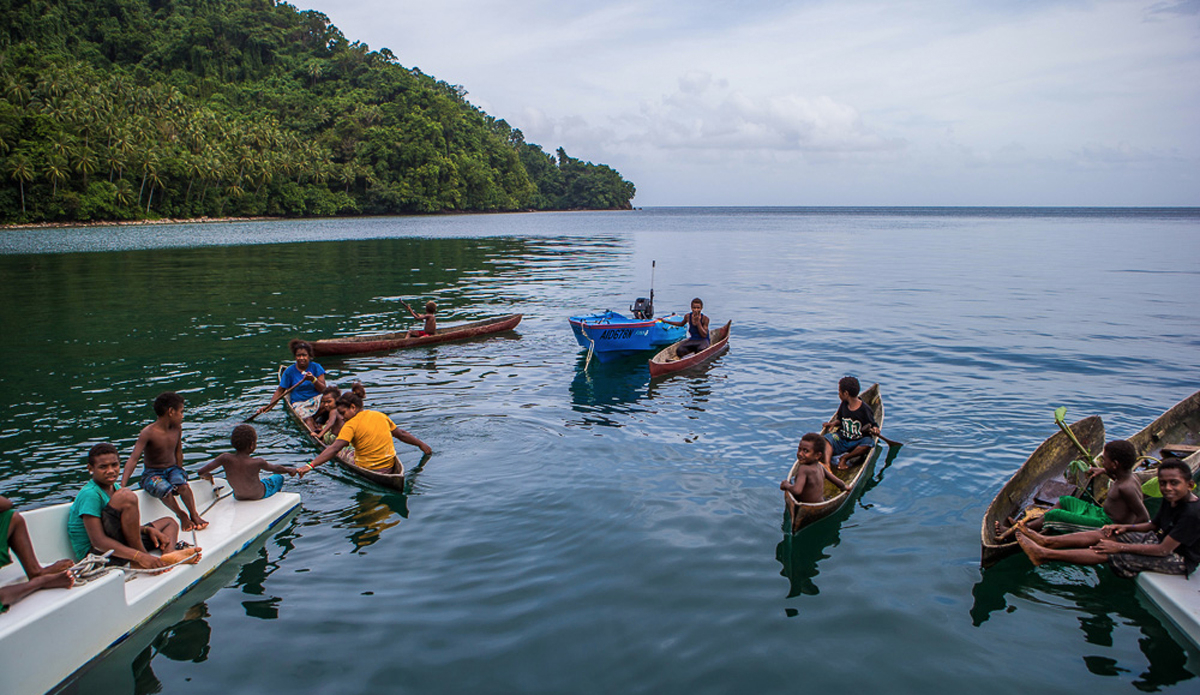 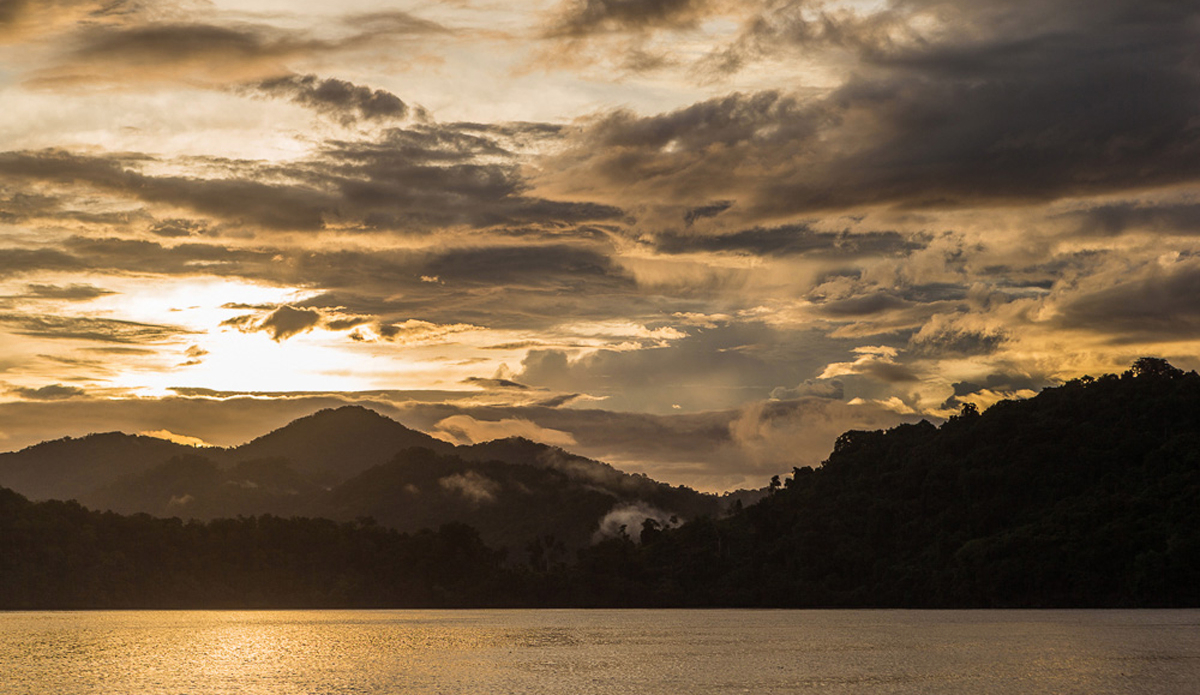 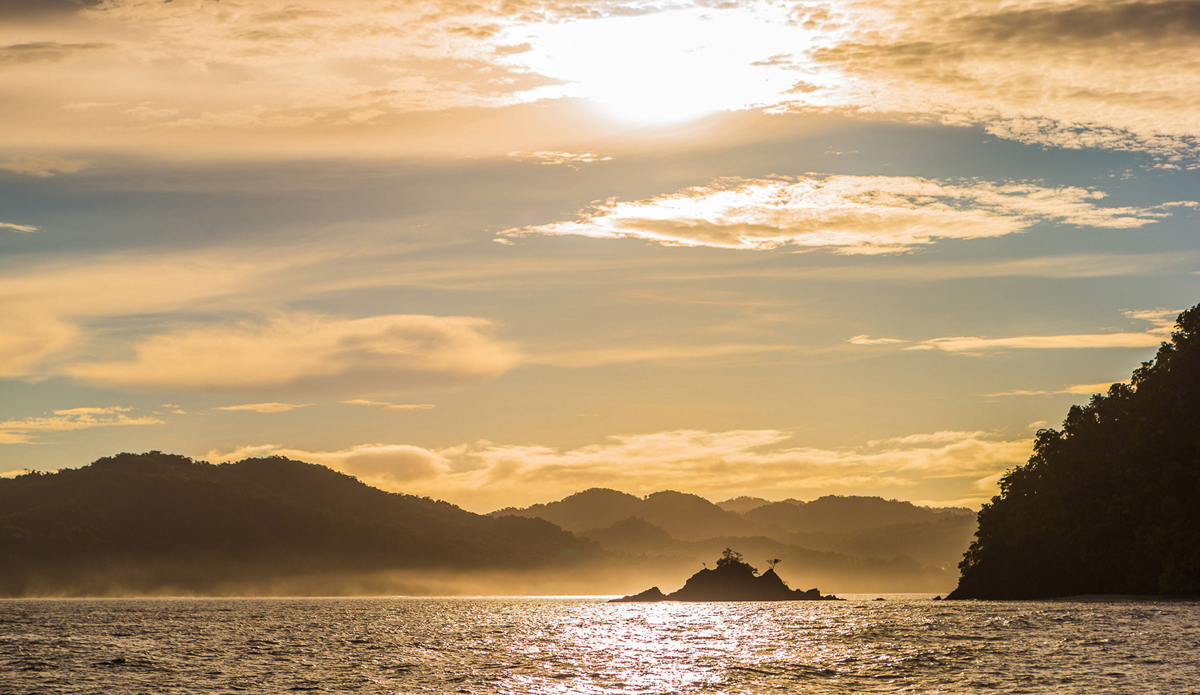 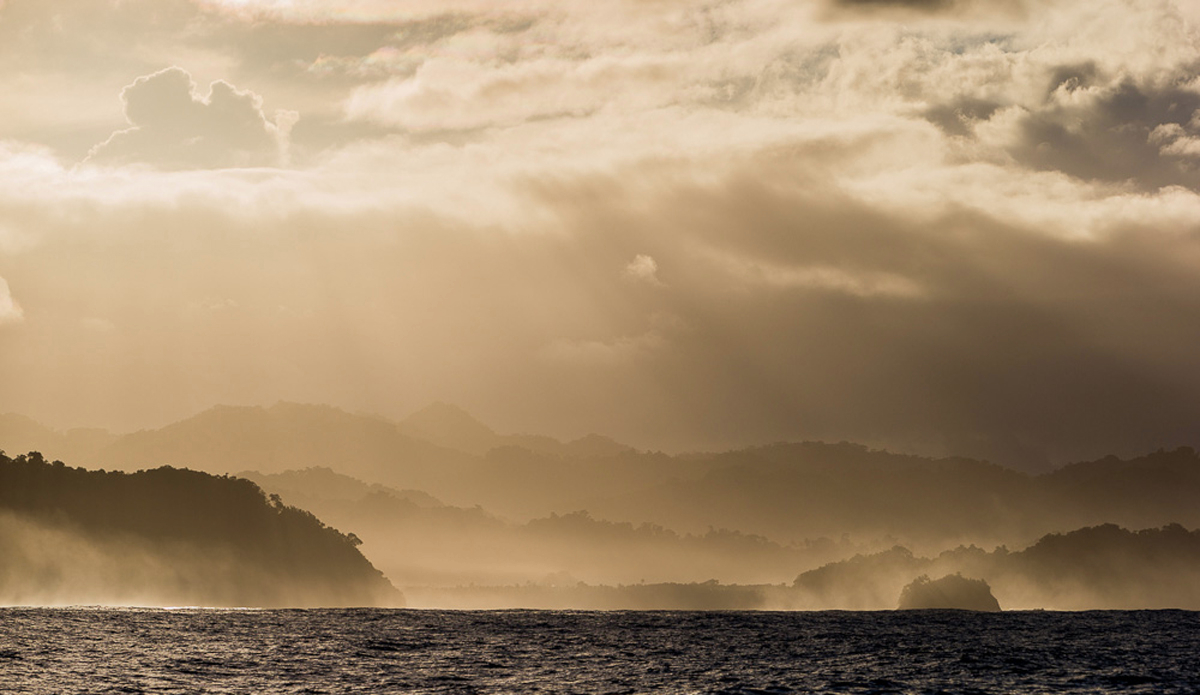 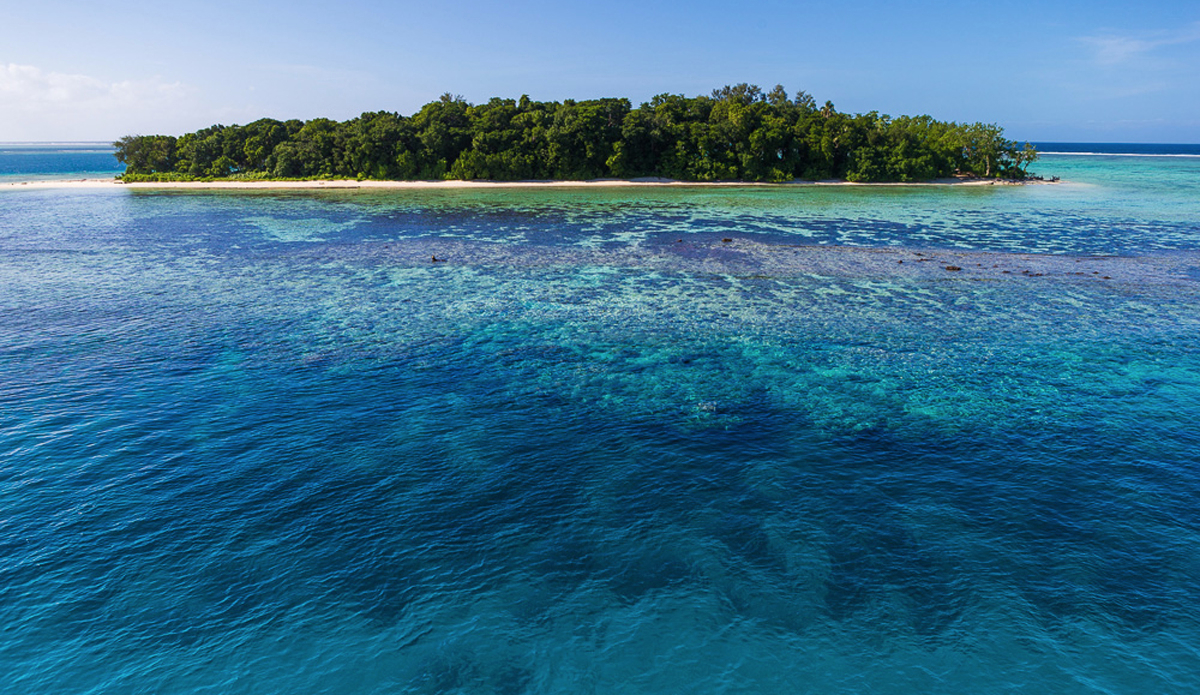 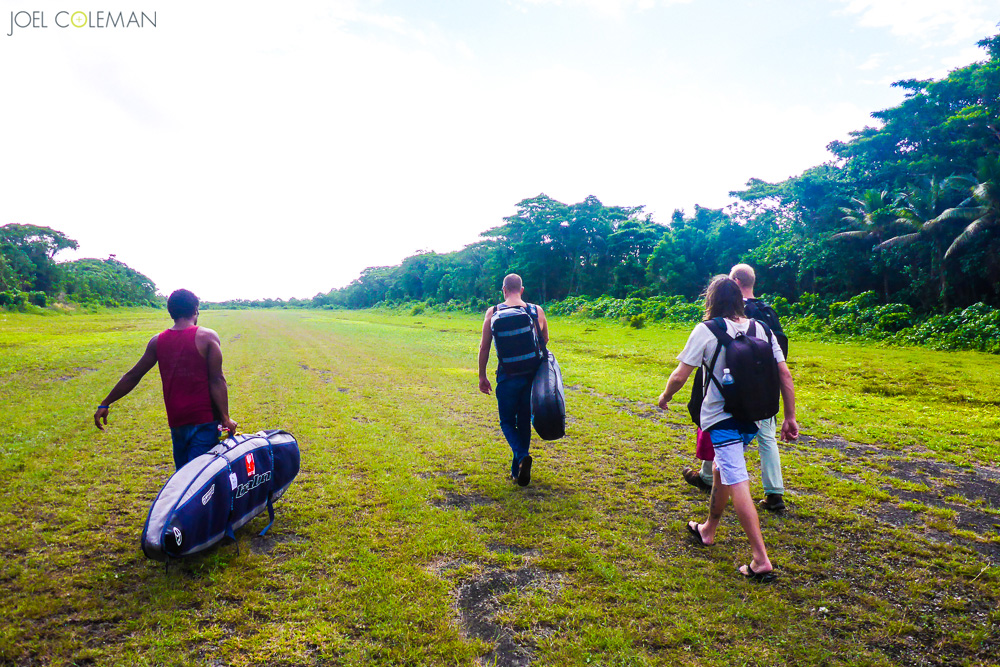 We wanted to go and see for ourselves. We’d asked everyone we could, but no one had any real information. Plans were made and they fell through. New ideas to get there kept popping up. None of them ever seemed realistic. We knew a boat was the best option, but getting any kind of boat there was going to be difficult. Then everything fell into place.

I could very easily follow the well-worn path to perfect waves. Actually, the path is not well-worn. The path is a highway with traffic flowing constantly in both directions. While the surf travel marketers might sell you on the concept of “perfect uncrowded waves,” the reality is that if you are seeing photos in a magazine or footage on the internet, there are plenty of people already there.

For me, the adventure is as much a part of my photography as the technical side of working with cameras. For the people I travel with, finding new waves is the motivating force. The search pushes us outside our comfort zones and into the unknown. After all, that’s where the magic seems to happen.

Several years ago, a group of us who regularly surf together in Papua New Guinea got to talking about a stretch of coastline along the weather side of an island group in Melanesia. We looked at the charts along with the wind and swell information. We were convinced there had to be waves there. The coast looked perfect for it, so we started hunting for information. Surely someone had to have been there before, but we turned up nothing. So with no more than a hunch, we started making plans.

Over the years we tried several times to get here, but the remoteness of the island and the density of the jungle that covers it made it all but an impossible trip by any method other than a boat. And convincing a boat owner to go there was no easy task. There were just too many obstacles in the way and the predominant swell and wind conditions would make it far from comfortable. Then, through sheer coincidence, I met Gav, a salty sailor who was willing to take us there.

Gav had his 60-foot catamaran in Sydney for some repairs and maintenance work so I met him one rain-soaked and windy afternoon and we agreed then and there to meet him several months later in the tropics. He would sail ahead and have the boat ready to pick us up in one of the most remote island groups of the Pacific.

Four of us were involved in the trip. We knew very well what we were getting ourselves into. People who had all spent time at sea together. We knew that finding surf was the aim of the trip. However, if we didn’t find any waves, we would all still be totally satisfied. The fact that we were getting the opportunity to explore a part of the world that very few people have ever heard of, let alone been to, was reason enough to go.

It took three flights in an ever-so-small aircraft to reach an island with an airstrip close to where we wanted to go. This is where we would begin our journey. The last two landings were on grass strips cut into the jungle. Flying over the islands we would be exploring in the coming weeks filled us with confidence. The sheer number of bays, reefs, coves, and passages was a sure indication there would be waves.

Previously, we had nothing more than the nautical charts, Google Earth, and a sense of adventure. But we reminded ourselves again that this trip was about having a look. Either way, waves or not, we were going to put to rest this stretch of coast as a region to return and surf—or a region to cross off the map and move on from.

As we began our approach to land on the last leg of the journey our spirits lifted as we caught a glimpse of the boat at anchor—at least Gav had made it there to meet us. To put our trust in a person who I had only met briefly one afternoon in Sydney was a running joke amongst us. Would Gav be waiting as expected or would he have taken our cash and done a runner with the wind in his sails and a grin on his face, leaving us stranded on a very remote island. As it turns out, Gav and his first mate, Dave, were two of the planet’s good people. They are true sailors who were up for an adventure as much as we were. Things worked out just perfectly.

The first thing that struck us when we set sail along the coast was the sheer ruggedness of the terrain. It’s hard to describe in words what the coastline looked like. The best I can do is to say it was a cross between Jurassic Park and the Fiordland area of New Zealand’s South island. In short, it was nothing but spectacular.

Each day we were up at dawn and weaving in and out of every nook and cranny that the coast had to offer. By early afternoon we had the boat in a safe anchorage. Pushing any harder than that was neither necessary nor safe. The anchorages were what made the trip. Some of them had small villages where we traded with the locals for fresh fruit and vegetables. In others we just snorkeled, fished, and enjoyed the pure serenity. According to the some of the village locals, they had not seen a traveling yacht for over ten years. Others said never.

As the days rolled on the scenery maintained its amazing presence. There was plenty of swell, but the waves were not what we were looking for. Sure we did surf, but we were hoping to find something special, not just “another wave.”

The next people to go through there might find a world-class surf break. Anyone who surfs knows a few degrees in the swell direction, or a slight shift in the winds can be the difference between something you would not bother surfing to something that is truly incredible. But a surf break worth naming was not to be found on this trip—not by us.

Strangely enough, with each passing day, with each mile of coast checked, there was no sense of disappointment. Rather, there was a strong sense of satisfaction always. We were following our dream to explore a region that we knew nothing about, and we were doing exactly that. I know most people would prefer to do their annual ten-day charter in Indonesia, or the Maldives with the virtual guarantee of good waves, and then do their best to convince their friends that they “had it to themselves.” We all know the reality of that statement is far from true.

So my friends and I will continue to explore. This trip did not take that sense of adventure away from any of us. In fact, it simply heightened it. Plans are already being made for the next adventure. Whether we find waves or not, we will have done something that most will never do. And for that, we are proud.

For me, it’s a little different. I have my camera and natural beauty, I’ll have my passion. Over the past few years I have brought you images from some of the most remote and amazingly spectacular locations around the world. I will continue to do that in the future. Surf or no surf, this truly is a wonderful world and sitting still really doesn’t suit me very well.