Surf Travel and a Brief Lesson in Localism 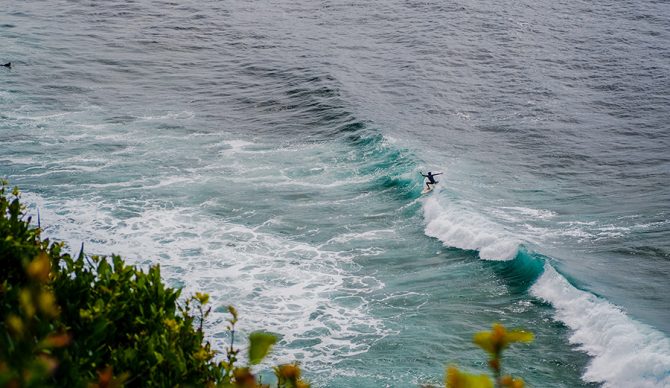 The Basque culture is one of the oldest in existence. How old? No one really knows. There’s good evidence to suggest the Basque language, “Euskara,” has origins that predate all Indo-European languages and the Roman Empire. Before that, records tend to get a little hazy. One thing is for certain, the Basques haven’t managed to protect culture, language, and country for thousands of years by being submissive pushovers.

At the end of Franco’s brutal 36-year regime, the Basques sought autonomous rule from Spain and gained it in 1978. During the dictatorship, the Basque language was forbidden, and anything significant to Basque culture was banned. Not cool Franco. Since autonomy, their culture has prospered, and the Basque Country is back to being the proud nation at the end of the earth.

Why am I telling you this? No, you haven’t stumbled upon a European history lesson. This is simply setting a historical backdrop to a place where I recently spent two months. Winter in this part of the world is a dream scenario for surfers. Instead of European crowds flocking in, they tend to dissipate and wait for warmer weather and summer waves to return (the beauty of the European surf scene).

What is left is the locals (who all surf well), and a few miscellaneous crew who have made the great decision to be there. Surfing in the Basque Country is a completely different thing from the endless beachbreaks of Les Landes to the north. At the western end of the Pyrenees Mountain range, the coastline is craggy with tight coves, steep cliffs, and plenty of rocky outcroppings. It is, subsequently, a surfing landscape of reefs and pointbreaks. 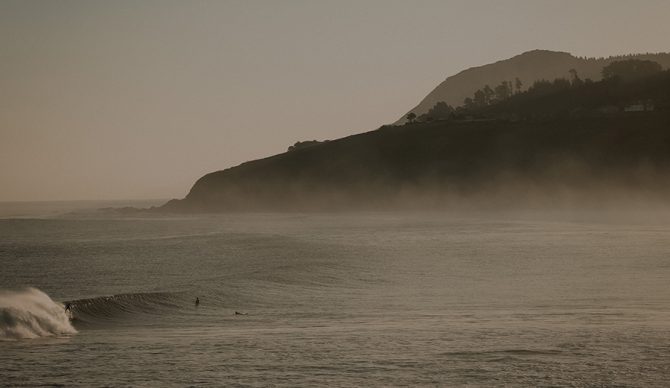 Spend two months anywhere and you tend to gain a deeper sense of place than if you travel through for a week or two. If you pay attention, two months is enough time to understand a location’s mechanics and how it operates. Which breaks work on what size swells and when to strike for the tide’s money hour are just two examples.

What two months also allows you is the ability to surf a bunch of different breaks and learn where you’re tolerated and where you’re not. After a few weeks of watching a certain wave break perfectly in eyeshot of town, often with as few as five guys out, drool was beginning to settle on the ground around me.

I have surfed enough waves in enough countries to know how to give respect and take what’s left. Figuring my years of outsider experience would, at the very least, keep me from getting beat up or my tires let down, I decided to chance my luck at dusk when only a couple of guys were out. My suspicions were correct. This was the best wave in the area. A left reef that broke fast with the odd tube and a deliciously whackable wall that funneled towards a channel – very Indo-esque.

A few sessions later (without retribution) a classic six-foot day presented itself. The car park was full, the lineup was packed, and the mystified air beneath the cliffs was electric. I sat inside and wide with the youthful local contingent while the old guard traded under-the-lip bombs and schooled every punk around. Paddling back out, a wiry old-timer firmly said, in Basque, where I should stick it. 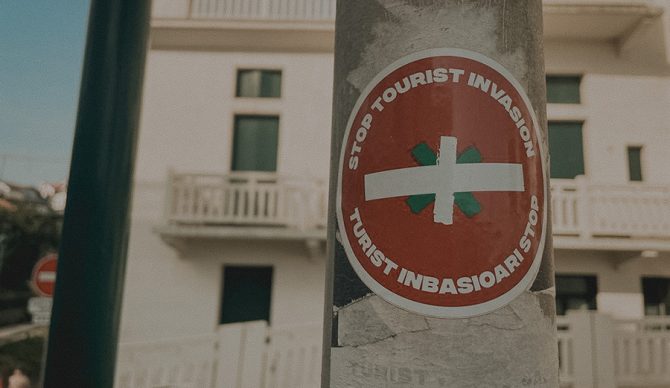 A couple of days later and the swell had backed off to the point where it wasn’t so hotly contested. I paddled out on first light and the only two guys in the water were the wiry old-timer and his pal (just my luck). He had had enough of me by this point. Turning his aggression-dial up to the point where it pressed on full, he paddled over and proceeded to shout in my face.

I sat awkwardly not able to communicate anything except “désolé.” I received the message loud and clear, paddled in, and never surfed there again. His point got across, and I respected him and his wave enough to take it on the chin and surf somewhere else.

I’m not here to vilify localism, whinge about being off a wave’s guest list, or disrespect the Basque people in any aberration of the word. This is a tight-knit group protecting their local in the face of an ever-expanding surf world. A wave they have been surfing for decades. A sacred space for them, this, I am sure.

The Basque Country is likely not to face more political instability in the coming decades. However, with a name now synonymous with world-class everything, the battle lines against “the tourist invasion” have been drawn. The Basques, it seems to me, will do their utmost to protect what is theirs and what has always been theirs, waves, and all.

Editor’s Note: Connor Macanally is from Australia but is now working out of Europe and the UK. He’s keenly aware that situations like this are not unique to the Basque Country.