Is Surf Wax Toxic? Here’s Why You Should Buy Eco-Friendly Wax 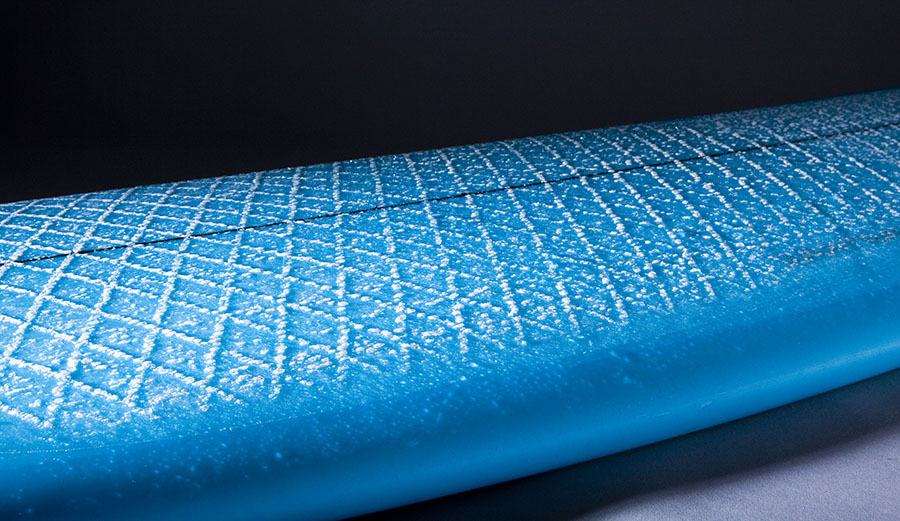 Surf wax is a necessity, but like nearly everything else about surfing, it’s not all that great for the environment.

Hey, remember that Weezer song, Surf Wax America? It never landed on the Billboard 100, but it was included in their debut studio album in 1994. The album, by the way, later reached a quadruple-platinum status in America.

That song is an underrated classic. A music review called it the anti-work anthem that embraces the California spirit of finding what you love and dedicating your life to it. If you’re not a surfer, you won’t really get it but nothing represents the American surfing lifestyle more than surfboard wax. So it isn’t surprising that the consumer demand for surfing wax is widespread.

Industry estimates show that global revenue from the surfing industry is at $22 billion. In America alone, around eight billion is generated from the sale of surfing lifestyle merchandise.

One of the more established brands, Sticky Bumps, says that their surfing wax generates most of their company’s profit and revenues. It’s such a small product but it also happens to be an important arsenal in a surfer’s toolbox. Unfortunately, though, there is a toxic side to surfboard wax.

What is Surfing Wax?

Ever since it was introduced in 1935, the surfing board wax has been a mainstay in the surfing scene. It’s a reliable coating for surfboards because it’s sticky and yet it repels water. Since no self-respecting surfer would be caught knocked off his feet while attempting to ride a wave, the wax became an essential component in any surfing kit.

The surf wax is rubbed onto the deck. The rubbing motion slightly melts the wax so that it sticks to the board’s surface. Some surfers add a basecoat layer of wax to newly bought surfing boards to make the normal wax stick better to the surfboard.

Paraffin is a byproduct of refining petroleum. A lot of research and development has been done since then and today’s surfing waxes now have other substances mixed into the paraffin base in order to make it more marketable to surfers. So you have a merry mix of waxes jostling for your attention on the store shelf. There’s even a shark repellant surfing wax—although the jury is still out on that one.

But still, paraffin is used as the main ingredient. The problem with paraffin is that it is a by-product of petroleum. This means that in order to make paraffin, you have to process petroleum first, and we know how environmentally destructive petroleum processing technologies are.

A lot of toxic chemicals are used to produce paraffin for the consumer market. The substance, which starts out as grayish-black sludge, undergoes a bleaching process that emits dioxins. Dioxins are very toxic chemicals that cause reproductive and developmental damages and cancer to those exposed to it.

After the bleaching process, the white ooze is then further processed by adding chemicals which solidify the substance into solid paraffin. The most common chemical used is acrolyn, which also has been shown to cause cancer.

By the time the surfing wax bar has reached commercial stores, it will contain additional toxic petrochemical by-products. Some of these are benzene and toluene, which have been determined by the U.S. Environmental Protection Agency (EPA) as probable human carcinogens. Considering that about 95 percent of surfing waxes in the global market contain these petroleum by-products, this is very alarming.

Not only will it have a significant risk on the health of surfers, but it will also pollute the ocean since the wax will eventually degrade off a surfboard and enter the marine ecosystem.

Minimizing your Carbon Footprints in the Water

As surfers, we need to make every effort to lessen our negative impact on the places that we visit. In early years, surfers got a lot of flack from the general public because not only are we thought of as irresponsible slackers, but also toxic ones because of the number of toxins that we carry around through our equipment and the gear that we wear.

We wear wetsuits made of neoprene, a petrochemical by-product. We ride the waves with petroleum-derived polyurethane surfboards. We coat these boards with paraffin extracted from petroleum. We burn fossil fuel when searching the next best places to surf. And when we’re done with our gear, we throw it all away, endangering not only others but also a marine environment already plagued with a massive plastic pollution problem.

What are the Alternatives?

In response to the growing movement for more responsible surfing, there are several market initiatives which sell organic and eco-friendly natural waxes. These companies steer away from using petrochemical-based products. Nor do these use synthetic additives for color and smell.

These come under assorted labels: all-vegan surfing wax, organic surf wax, and are endorsed by eco-organizations such as People for the Ethical Treatment of Animals (PETA).

Or You can Do It Yourself

If you don’t want to spend any more than you should, you can also make your own sustainable and petroleum-free surfing wax. Simply substitute paraffin for beeswax and tree resin and add coconut oil to make it smell nice and tropical. For more details, you can check out this recipe or try out WaveTribe’s Eco Wax.