Surfer Dies After Collision on a Wave at Rincon 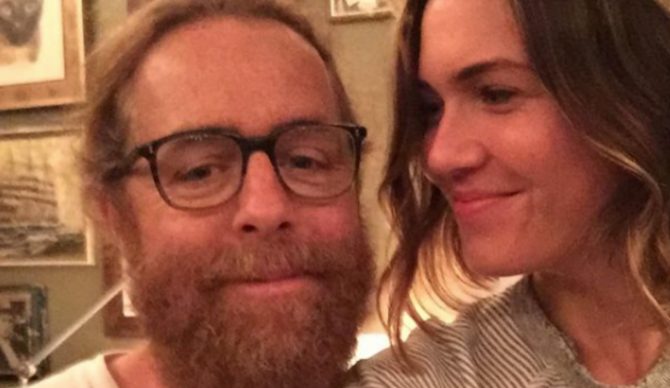 Gerald “Gerry” Gilhool Jr. died after a collision on a wave at Rincon Saturday. He was 51. Photo: Instagram

A crowded day at Rincon took a terrible turn Saturday when a surfer died after a collision on a wave. Gerald ‘Gerry’ Gilhool Jr., 51, had been riding a wave sometime after midday when he collided with another surfer apparently paddling through the lineup. According to Santa Barbara’s Noozhawk, Gilhool’s wipeout didn’t look especially bad from anybody watching nearby.

Still, surfers had to bring Gilhool back to shore on his board and performed CPR until firefighters arrived and requested an air squad response. The air squad did arrive and safety personnel considered landing the helicopter on the beach, but Gilhool was eventually taken to Community Memorial Hospital by ambulance where he was pronounced dead with ‘head injuries’ reported as the cause of death by sheriff’s Captain Victor Medina.

As for the other surfer involved, he was reportedly taken to the hospital as well after Gilhool’s board hit him in the head and nose.

Gilhool was a tour manager for the Los Angeles-based band, Dawes. When news of his passing came out over the weekend, friends flooded social media with tributes to him.

“As anyone that knew him will definitely attest to, Gerry had the biggest personality of anyone you’ve ever met. Which could backfire on him occasionally,” the band shared Sunday. ” But when Gerry loved you, when he considered you a friend, he would do literally anything for you. I’ve never seen someone take such joy in helping others. His love for his friends was overwhelming. With each person I’ve talked to today, WITHOUT FAIL, they’ve said ‘I just spoke with him yesterday’ or ‘I just spoke with him two days ago.'”