Surfer Bitten After Landing an Air on a Shark in New Smyrna Beach, Florida 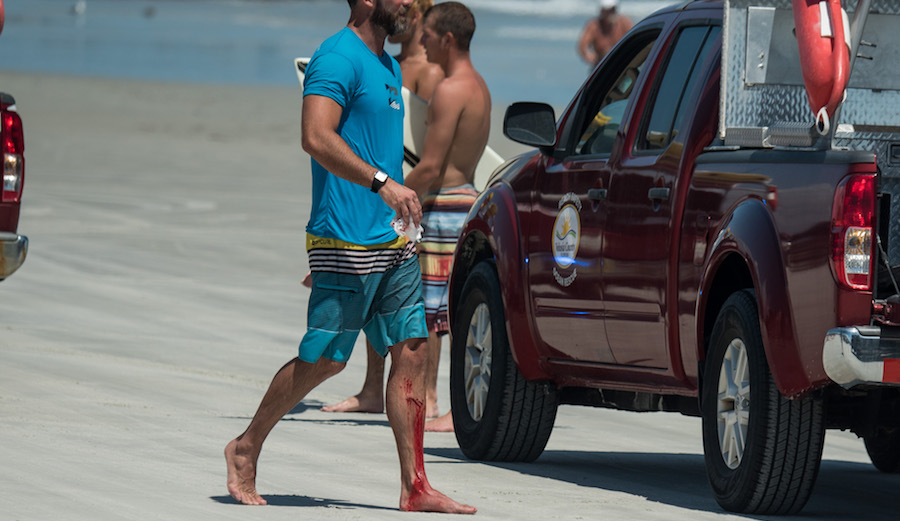 40-year-old Florida surfer Donald Walsh landed an air on a shark on Tuesday that subsequently bit him. Photos: Andreea Waters

They don’t call New Smyrna Beach the shark attack capital of the world for nothing. And while encounters with the apex predator are common there – most, thankfully, are non-fatal – a Tuesday attack may be one of the most bizarre we’ve ever reported.

According to The Inertia contributor Andreea Waters, who was on the scene, Donald Walsh, 40, went out for a surf in New Smyrna just before noon and landed an air on a shark who subsequently bit him on the leg, also tagging his hand. Definitely not the local you want to piss off.

Volusia County officials said they believe the shark was about six-and-a-half-feet long, according to reports. Walsh was treated on the scene by local Ocean Rescue and apparently declined a ride to the hospital. 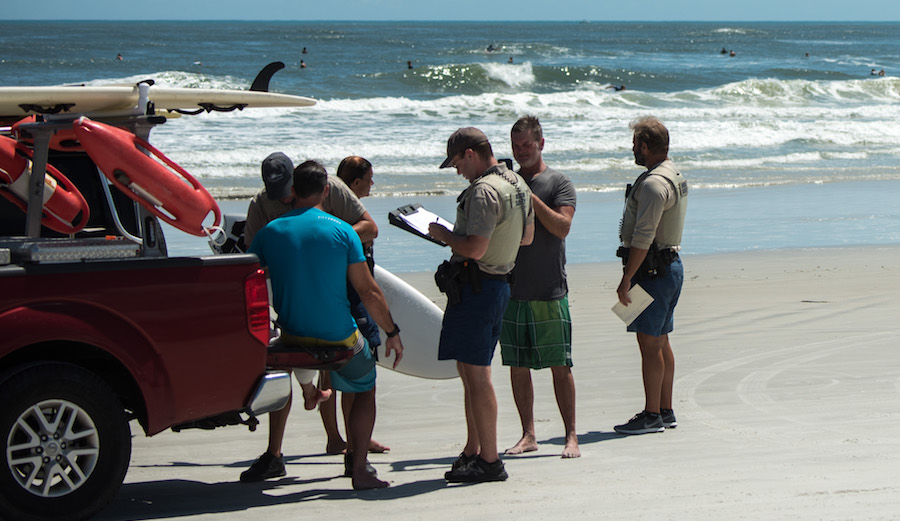 “[Walsh] is ok,” Waters explained. She added that few in the lineup seemed phased by the incident. “The best part was that nobody got out of the water.”

This is reportedly the fourth bite recorded this year at New Smyrna Beach and the 11th in Volusia County.