Surfing in Bali: How to Beat the Crowds in Indonesia’s Surf Capital 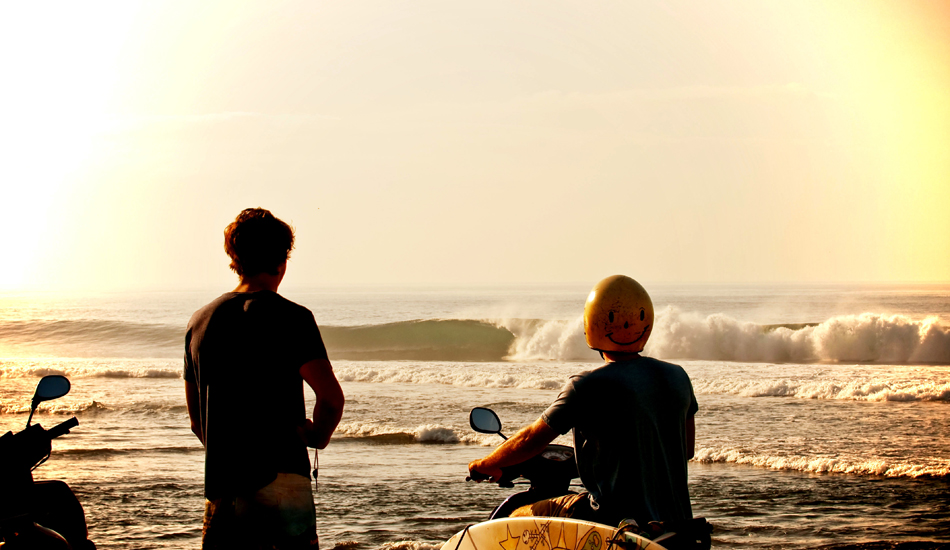 You can still find this in Bali… it just a little more looking. Photo: Jack Dekort

Mention surfing in Bali, and the general consensus seems to be that it’s past its prime.  The phrase: “you should have been here 20 years ago” is uttered as frequently as fresh cases of Bali Belly are diagnosed. Visit today and you’ll be greeted with crowded line-ups, deteriorating water quality, and a growing number of expats who have planted their flags firmly on the cliffs of the Bukit Peninsula, declared themselves honorary locals, and taken it upon themselves to police the overpopulated peaks. Not quite the tropical paradise it was once perceived to be. And don’t forget the traffic. Or the nightmare that is Kuta at 3am in the morning, or 3pm in the afternoon, come to mention it.

But look beyond the reputation, make the slightest adjustments to your travel plans, and you’ll find that the Bali of old is still lurking just beneath the surface. You don’t even have to look particularly hard to find it.
Uluwatu. Few names conjure up such vivid images: relentless walls of firing lefts breaking for hundreds of meters at a time. Starting at Outside Corner, and breaking in three other sections all the way to Racetracks, fountains of white spray pour continuously over the back of the wave. One of the world’s greatest surf spots, it rarely fails to live up to its reputation. Even on a short visit, you are pretty much guaranteed to score Uluwatu near its best.

Almost as memorable as the wave itself is the access to the water. Having descended the cliffs through a maze of Warungs, the shoreline can only be reached by climbing down through a cave. In the early days, this was a blind leap of faith, trying desperately not to ding your board while at the same time maintaining your balance (and dignity) on the shuffle down to the sand below. In the name of progress, a rope appeared, providing a flimsy handhold down the rock-face; this was followed by a set of precarious concrete steps, inviting surfers down to the edge of the reef. Good luck if it’s raining–the steps quickly turn into a waterfall, and finding the next foothold involves a bit of guesswork.

But Uluwatu is the center of the Bali surf scene. One of the most iconic reef breaks in Indonesia, the hundreds of mopeds and scooters parked at the top of the cliff are an early indicator of the numbers to be found on the peaks, before even glancing in the direction of the ocean. So how do you beat the crowds and avoid a thoroughly frustrating session hustling for waves? It sounds obvious, but get there early. The sun pokes its head from behind the horizon before 6am in this part of Indonesia. Be there for first light, and the chances are you’ll be greeted by glassy conditions, cool temperatures, and a choice of the first waves of the day rolling onto the reef. Sunday mornings seem particularly quiet, go figure.

As a general rule, the dry season in Bali runs from April to October, sending the prevailing winds in a south-westerly direction across the island, and making the west coast the wave of choice. The wet season, November to March, sees the winds switch and the east coast spots become more favorable. As a result, surfers will be drawn to a particular side of the island depending on the direction of the breeze. But don’t be fooled into dismissing an entire coast just because everyone else has written it off. There are some epic sessions to be had by being brave enough to head for the “wrong” side of the island. Keep your eye on the wind, and when it drops, race to the other coast: empty line ups await.

To avoid further crowds, try heading for the less accessible breaks. Bingin–with its numerous surf lodges on the clifftops above–is rarely (if ever) quiet. And with a small take off zone, it doesn’t handle the crowds particularly well, anyway. But lurking over its left shoulder are the thunderous peaks of Impossibles. Put in the effort to paddle the 1000 meters or so out to the wave, and you’ll be rewarded with lightning fast rides as you try desperately to beat the impending white water chasing you down the line. Split over three peaks, there’s always plenty to go around… just make sure the tide is high enough to put some water on the reef.

The temptation for most is to flock to the Bukit, the southern tip of the island with the most famous of Bali’s surf spots. But rather than heading south from the airport, how about bucking the trend and heading north? Canggu, Balian, Medewi Beach–all offer excellent options for waves, with drastically reduced numbers and a much less frenetic vibe. Nestled amongst the traditional Balinese rice fields, these more relaxed spots offer an insight into the authentic side of Bali, a world away from the Bintang vests and hats that are compulsory further south.

It’s easy to endlessly list places you absolutely, without doubt, should definitely find. But the reality is you’ve got to just go and explore for yourself. Let everyone else be drawn to the big name sites and think far enough outside of the box to find the hidden gems that Bali has to offer. Put in the effort, have a little patience, and the ultimate surf destination is ready to welcome you. Just don’t expect to step off the plane and straight into clear blue empty line-ups – for that, well… you should have been there 20 years ago.

This was originally published on surfingsections.com.