Surfing Is Not Being Taught; The Surf Continuum Wants to Change That

Editor’s Note: This article is brought to you by our friends at The Surf Continuum.

One hardly needs to be told that surf education is in a bad spot. Any seasoned surfer who has seen the groups of instructors and students preparing to paddle out knows the feeling of dread that accompanies such a sight as one braces for potential chaos on the inside, drop-ins, and worse.

To many, the “surf school” has come to represent amusement rather than education. Instead of taking the time to hammer in the basics such as paddling technique, board control, and etiquette, students are rushed ahead to the finish line of standing up because that’s the experience they’ve been taught to expect. And that’s a problem, because students who don’t build a base of fundamentals won’t have the skills to surf themselves, but often try, earning the scorn of surfers around them who prefer to watch and laugh rather than help. 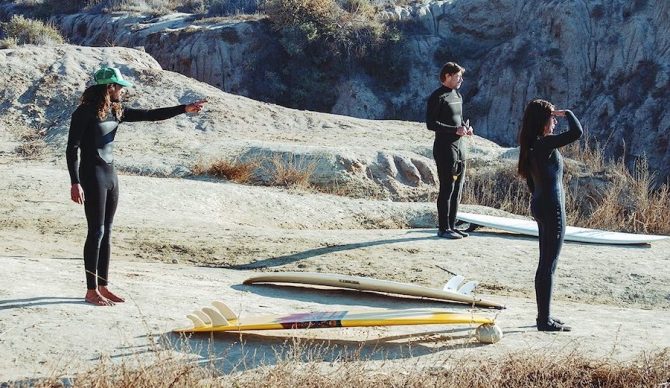 Scouting the waves in Southern California. Photo: The Surf Continuum.

Foam boards are often another issue. While a great introductory tool for beginners, they eventually become a hinderance towards progression. Sure, the highly buoyant foam board does wonders in offering stability and ease of paddling, but that comes at the cost of control, both while paddling out and when learning to execute a proper bottom turn. Additionally, when graduation from the crude foamie never occurs, the developing surfer misses out on the joy of owning and riding well-made equipment, a massive part of what surfing is to so many of us. That’s not to say that all surf schools are bad. There are a lot out there with the goal of building lifelong surfers, but often a lot is sacrificed in the name of business and giving students the experience they want – standing up. 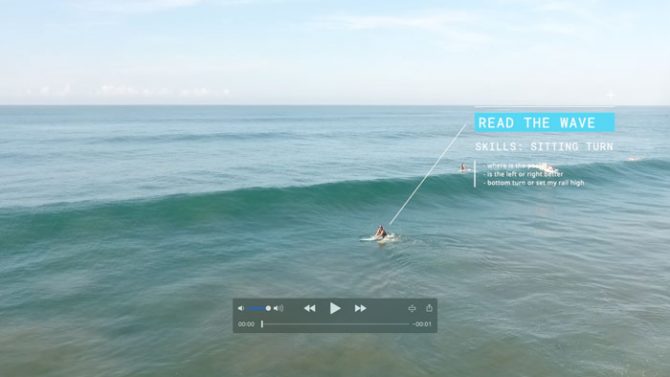 However, surf coaching doesn’t need to be that way. That’s something that Chris and Evan Menen of The Surf Continuum, a surf school based in Montauk, New York and Southern California, are trying to get across. Not that long ago, the two of them were deep in the drudgery of mass-production surf schooling as well until, “our conscience was pricked,” as Chris puts it. “We used to laugh about all the near misses and bad surfing going on,” says Evan, “but in our hearts, we knew this really wasn’t cool. It’s not safe and it’s degrading what makes surfing so special.” So they decided to start again, do things differently this time, and founded The Surf Continuum, an entirely different way to teach surfing. 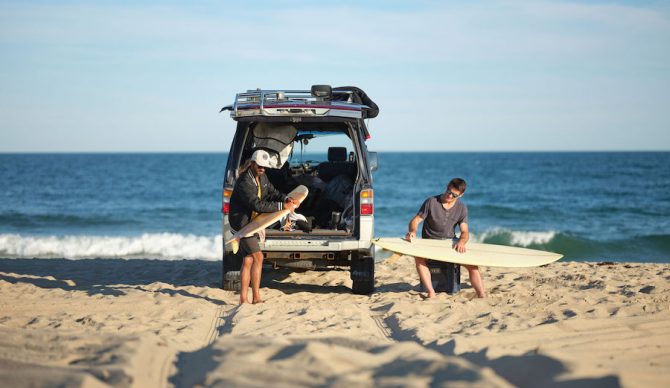 To be honest, “surf school” doesn’t quite cover what The Surf Continuum is or what they do for their students. Yes, they teach surfing, but coaching program, or “community” is probably a better way to describe what Chris and Evan have created. The philosophy at The Surf Continuum is that standing up and actually riding a wave should be earned, rather than given. “The feeling is great, but doing it yourself is far better,” says Chris. In that way, Chris and Evan see themselves as stewards of stoke, teaching beginner surfers the correct surfing mindset as well as the skills, and helping intermediate and advanced surfers on the constant journey of self-improvement.

On the coaching side of things they offer one-on-one sessions for all levels of surfers, where one can get focused coaching feedback that meets the surfer where they are at. Beyond in-water instruction, Chris and Evan have built out an entire library of online course material, such as video breakdowns on surf technique, interactive e-books, and monthly Q&As with students.

They’ve even started a podcast, where they talk surf improvement and generally spread the stoke. You definitely don’t need to be in Montauk or Southern California to benefit from their surf instruction. With regular surf trips to destinations around the globe, both as close as Baja California in Mexico, and as far away as the desert point breaks of Morocco, Chris and Evan seek to instill the love of adventure and stoke at finding new waves – an integral part of the surf experience. They even take the time to shape custom boards for students with a focus on designs that meet the student where they are at, and gives them a leg up on the aforementioned mass-produced foamies. 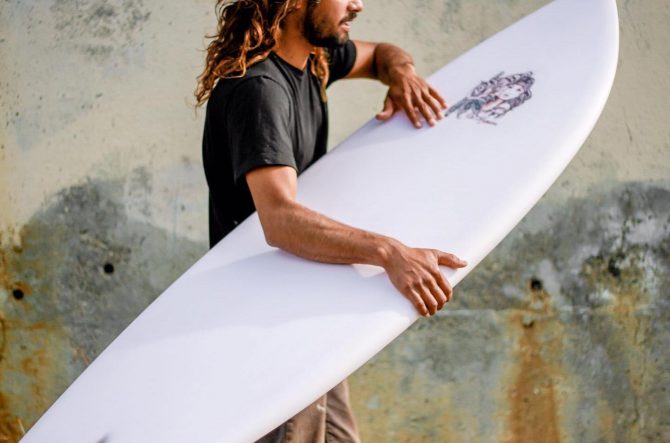 The name “The Surf Continuum” represents the entire process of surfing – the cycle of paddling out, catching a wave, paddling back out and catching another. “Ninety percent of surfing is the paddling, the positioning, and spending time in the water. But the focus in surf schools and surfing in general is on riding the wave,” says Coach Chris. “If you don’t take pleasure in the process then why are you surfing?”