Surfing Is Not Life

Transformation is core to who we are, and we put it out to The Inertia’s influencers and most talented contributors to share moments that caused significant personal growth and transformation – ideally with some relation to surfing, but also to life in general. This is Jim Moriarty’s moment. 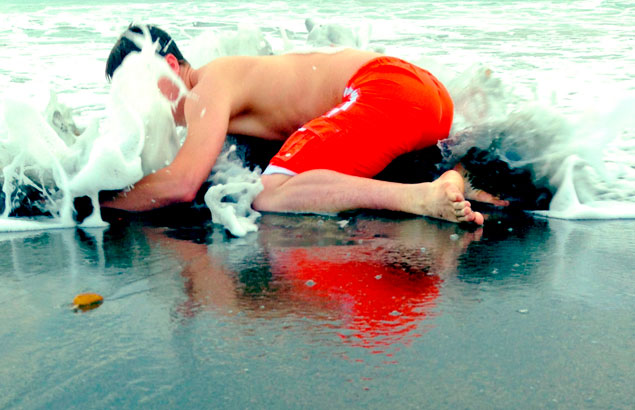 My son, Reid. One of my greatest teachers.

I cleanly segment my life into two buckets: before autism and after autism. Nothing else, including surfing, carries similar weight.

Before my twins were born–one with autism–my life was my own. I surfed, skated and snowboarded pretty much anywhere and anytime I wanted. My wife and I were newly married; our passports were full, figuratively and literally. I’d routinely head to Latin America on two-week business trips with a surfboard or snowboard in check. Beyond the travel, I was intoxicated by the company I was keeping; the early days of software and the web was birthed in front of my eyes. My cup overflowed, with extra emphasis on the word “my” since I was as self-centered and egotistical as they come.

Then our twins were born and the world changed.

Every new parent experiences a “before kids” era and the “with kids” period that follows. Our story is slightly different because of the autism variable.

When I think of moments in my life that have caused significant personal growth and transformation, I could point to monumental milestones such as getting married, the super-fun ride that came with a few tech startups or my first wave at Cardiff Reef on a Herbie Fletcher board riddled with skulls and crossbones. Honestly, those moments are nothing compared to the realization that your life has just shifted into a different gear.

Few things in my life compare with the moment I realized that from that point forward I would be the father of a son with a lifelong disability. However, this is not a story of loss. It’s a story of blessing.

Nothing I’ve ever tried to do has required so much of me. Starting or running a company, raising funds, hiring or firing people, even dropping into the largest set wave of the day… are all easier.

One of the simple lessons parenting teaches is: “it’s not about you.” It’s about raising and nurturing a child to become their own person, a contributor to society and the kind of person you can trust and rely on.

Special needs kids require more than that. They require more patience from you than you thought was humanly possible, creativity and stamina that is emotional as much as physical, and levels of support that continue through their adult years. While my son looks like a typical 19 year old, he can’t tie his shoes or be left alone. Raising him has required me to reach as deep into my humility reserves as you can imagine and then reach beyond that for strength that only comes from a higher power.

No, surfing isn’t life. It’s not about getting the wave of the day at Swami’s. Life isn’t about being the first one out on a snowboard and laying fresh tracks the morning after a huge powder dump. It’s not about some fleeting professional accolade. Those things are all ephemeral.

What I’ve learned is that the value of my life will not be defined by how many beaches I’ve helped save or how many dollars I leave behind for future generations. My life, all of our lives, will be defined by the difference we make in other people’s lives. I’ve also learned that some people need more help than others and giving that helps redefines you.

Don’t get me wrong. I love few things more than dropping into a long, head-high right point break. I’ll continue to sculpt my life to enable that to happen as often as possible in a given year. But let’s not confuse an endorphin rush with an eternal legacy.

My kids are among my greatest teachers. I’m sure no one has taught me more about what life means than my son, Reid.