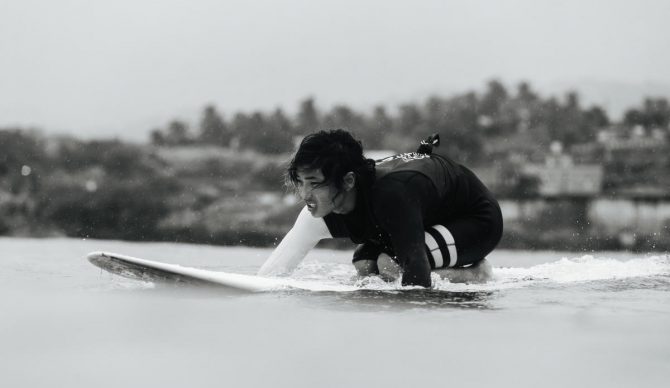 “Jack of all trades, Master of none, Though ofttimes better, Than master of one”

The well-known quote from Robert Greene’s 1592 booklet Greene’s Groats-Worth of Wit speaks directly to how Taka Inoue has propelled himself onto the WSL’s Longboard World Tour and beyond. Standing just 164 cm tall (5’4″) and weighing 53 kilos (117 pounds), Taka is an 18-year-old from Miyazaki, Japan who only put his feet in wax for the first time six years ago. Since 2014, Taka has entered 65 different surfing competitions. And he’s been able to do so because he is the only surfer in Japan licensed to compete in shortboard, longboard, and SUP divisions.

Robert Greene wasn’t referencing surfing, of course. He was commenting on the writing of William Shakespeare, who famously penned his works in many styles and genres, including poetry, plays, sonnets, from tragedies to histories, comedies, and romances. Greene’s suggestion was that had Shakespeare focused on a single writing style — mastering poetry, for example, and neglecting plays and sonnets — his overall writing skill would have suffered. And so just as Shakespeare was a complete writer, Taka Inoue is a complete surfer. Because he practices and competes in multiple disciplines, he deeply understands the fundamental physics and mechanics of riding waves. While the principles of lift, thrust, trim, and carving apply to all watercraft, the mechanics of maneuvering different shapes vary. Thus, by practicing various disciplines, Taka has rapidly improved his general understanding of surfing’s basic principles. This had molded him into an athlete who views surfing as something that isn’t divided into “shortboard or longboard,” but as a cohesive concept of mastering the maneuverability of objects that plane over water.

This holistic approach to surfing is how Taka has achieved his current surfing prowess; a World Qualifying Series competitor, Japanese National SUP competitor, and a highly-ranked competitor on the WSL’s Longboard World Tour. 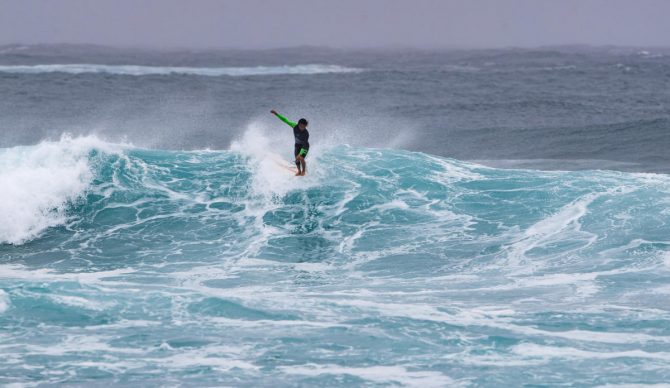 Taka is proof of the value of practicing surfing in all its forms. Indeed, one can excel in many styles. Yuriko, Taka’s mother, travel companion, and coach, remembers him practicing on his new-found bodyboard in a creek behind the family house when he first started. Naturally, “he quickly outgrew the creek, and wanted to test himself in Miyazaki’s waves,” she recalls.

After a few visits to the local beach, and with Taka beginning to stand on his bodyboard, trim down the line and make rudimentary turns, a local surfer offered him a try on his shortboard. From this moment on, “I just wanted to surf,” says Taka.

Taka improved his surfing skills by watching and mimicking the surfers at his local beach in Miyazaki. His natural talent for the sport and rapid improvement caught the attention of a local surf shop owner who offered Taka a longboard and a shortboard if he entered a local surfing tournament.

“I only want to compete this one time, to get the surfboards,” then 14-year-old Taka told his mother. He took second place in the shortboard division and then after just a few days of practicing on his longboard, won the longboard division of the same contest.

And so began Taka’s career as a competitive surfer. In just six short years, without major sponsors or professional guidance, he has competed with and defeated some of the best in the world. He’s held spots in the top-10 on the Longboard World Tour and now has realistic aspirations of winning a world title.

Taka’s well-rounded take on wave riding has obviously allowed him to get a ton of experience in a short amount of time. His relative lack of competitive experience — having started at 14 — is one of the most significant obstacles he has had to overcome in his bid for the world title. Burdened with the handicap of being relatively inexperienced and struggling with doubts about his own ability, he almost ended his professional surfing career at the 2018 Taiwan World Longboarding Championships. Instead, the 2018 World Championships became a turning point for Taka’s confidence and performance.

That story is reminiscent of another oft-quoted writer, Charles Dickens:

“Pause you who read this, and think for a moment of the long chain of iron or gold, of thorns or flowers, that would never have bound you, but for the formation of the first link on one memorable day.”

Each of us can reflect upon our own journeys, and undoubtedly identify particular moments that have shaped us into what we are today. The first for Taka was when, during a 2017 single-fin longboarding competition in Japan, he defeated three-time world champion, Taylor Jensen. Defeating Jensen reminded Taka that he could compete with the best in the world.

The second of Taka’s memorable career moments was that 2018 Taiwan Open World Longboard Championship. After a string of poor results and criticism from surfers in his home community, he decided that the WSL contest in Taiwan was to be his last professional event. Instead, his performance at that event put him on the map. A commentator during the contest touted Inoue’s performance as “absolutely exceptional.” Ironically, Taka was eliminated early in the competition, but the recognition and praise he got for his performance from peers encouraged him to continue competing in 2019. Sure enough, this became the young surfer’s breakout season. This year, Taka Inoue has compete in Australia, Spain, the United States, Japan, and Taiwan. He has progressively improved his competition IQ, continued to refine his surfing, and has enjoyed his best WSL result yet, achieving third at the Galicia Longboard Classic in Spain and currently sitting at world number 12 on the Men’s Longboard World Tour.

Taka competed in the Taiwan Open World Longboard Championships this year with renewed confidence, placing ninth while continuing to evolve as a surfer and competitor. He moves ever closer to obtaining his dream of not just being a world champion, but proving once and for all, that one can indeed be a jack of all trades and master of one. 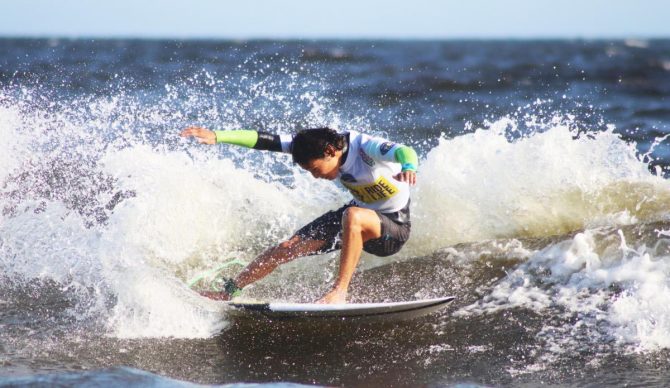