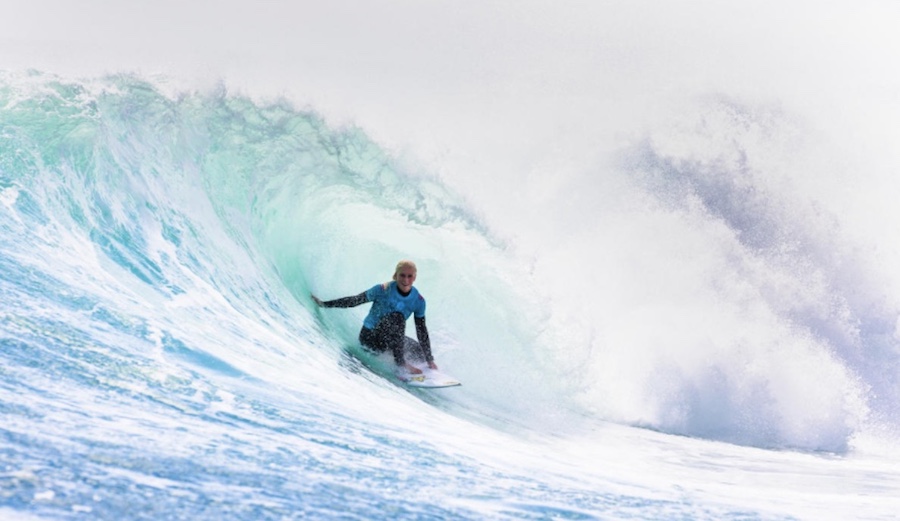 At the next event, those Hawaiian flags on Tatiana’s jersey will be Brazilian flags. Photo: WSL/Cestari

While the general reception to surfing’s Olympic debut has been mixed, a number of surfing’s top professionals are all in, doing what they can to ensure they’re able to participate in what will certainly be a historic moment in the sport’s history. As we reported last week, Kanoa Igarashi has officially been approved to represent Japan, and now Tatiana Weston-Webb, who has until now represented Hawaii, will switch country affiliations to represent Brazil, where her mother is from.

“Today I’m excited to announce that, moving forward, I will be representing Brazil on both the WSL Championship Tour as well as in preparation for the 2020 Olympic Games in Tokyo,” said Weston-Webb in a press release. “This is a major decision for me and one that I’m really excited about.

“Most folks aren’t aware that my Dad is originally from England and my Mom is originally from Brazil. Brazil is where I was born, but I feel truly blessed to have been raised on beautiful Kauai – both the community and the waves played a huge role in shaping who I am as a surfer and as a person. I am very grateful for that.

“However, Brazil has always been an important part of who I am and, recently, I was approached by the Brazilian Olympic Committee with an opportunity to represent the country in a major way. It’s always been a dream of mine to compete in the Olympics and when surfing was announced as an official Olympic sport, I knew that my dream had a chance of becoming a reality.”

Weston-Webb still has to qualify, of course, for the Brazilian delegation. Still, there are fewer women on tour at the moment flying the Brazilian flag than the Stars and Stripes – meaning she might have a better shot earning a coveted Olympic birth if only slightly.

“While this change gives me the opportunity to represent Brazil in 2020, all spots have to be earned and I’ll be trying my best to qualify as one of the few surfers able to represent their countries in the Olympics,” said Weston-Webb.