Tested: The Futures Beta Fin Is a New Kind of Light Weight 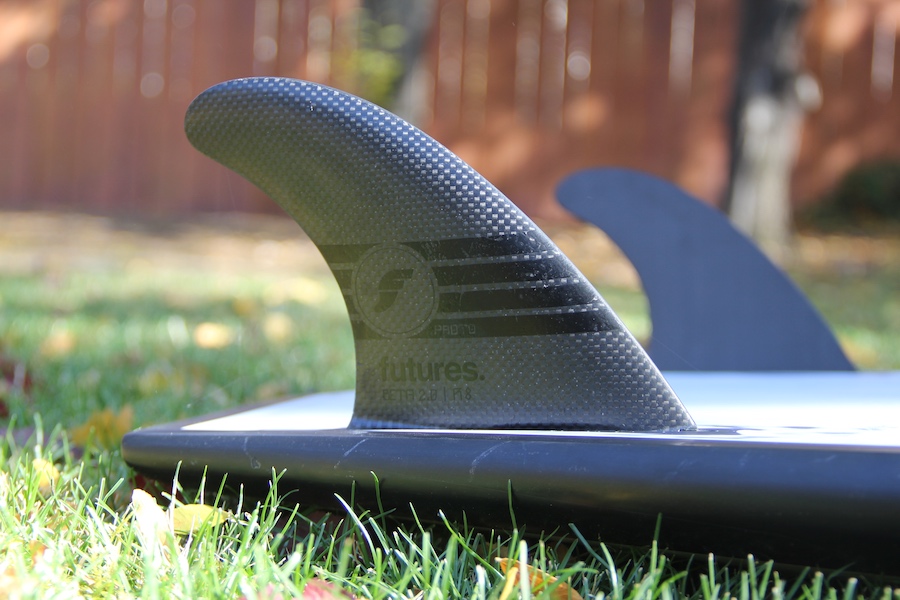 Fins are complicated. Mysterious even, to some. But they’re oh-so-important. They can turn an average board into magic at the turn of a proprietized Allen wrench. Do we really think about fin set ups often enough?

If we aren’t we definitely should.

Fins are like a good set of tires. You can get by on average treads. But soup up the rubber on your car’s wheels and feel control and performance transform, right?

Fins are your board’s tires. They create lift, drive, control. And sometimes, even for us average surfers, magic. But maybe it’s average surfers that should think about them most? Because, let’s be honest, most of us average surfers ride mushy, shitty waves where extra oomph is, well, extra and we should take every bit we can get.

K, a little precursor, here: I’m a longtime Futures Fins user. I’ve lived and died with the Jordy and John John sets. They’re everything I’ve needed in terms of control and drive. Or so I thought. Those fins are resin-transfer molded. And in Beta terms, kinda old-school.

When I tried the Beta one sure-fire, yet wonderfully amazing, thing stood out: these new fins from Futures are a different type of light. And according to Vince Longo, Futures longtime fin afficionad, this is the one that’ll change the way fins are made – and something he’s spent eight years of his wave chasing, plastic-testing career perfecting.

“What we found is that fabric layers towards the outside surfaces of the fins have the most impact on the stiffness/flex, while all the fibers and material towards the inside is mostly just dead weight, and again it’s all about reducing weight without sacrificing performance,” he told me. “So we’ve developed a completely new process where we can load up surface level sheets of fibers (carbon or glass) – imagine it as an exoskeleton. With the Beta, we only place materials and fibers that add performance, and remove material that don’t.”

Traditionally, fins are made using injection molding or resin transfer molding, processes that involve injecting material into molds. They’re a little heavier. Basically, Futures has created such a strong exoskeleton with this new process (made of a carbon-fiber-like substance) that it doesn’t have to weigh the thing down by filling it up with other material (not to mention it’s constructed from recyclable stuff). The proprietary process is called Vapor Core but all you need to know is how light the fins are. That and they provide the perfect amount of lift – not so much that you get that weird feeling like you have to push back – but the perfect amount to create a liveliness to the board that quite frankly, I haven’t felt before. That and the foil has an ideal flex for performance surfing (mine looks more like serformance purfing). Seriously, though, there’s added speed and oomph to power out of turns and through lame sections that I just haven’t had in the past. 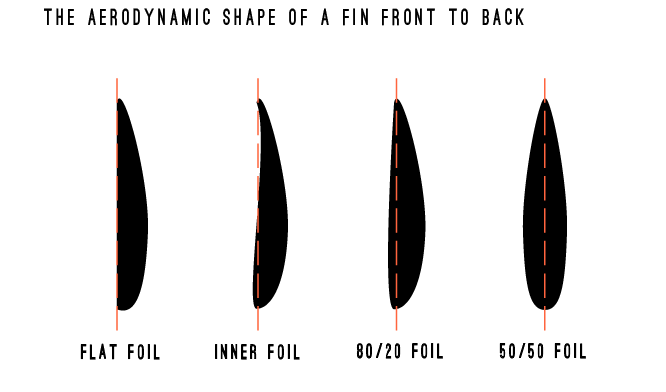 A quick reminder of what the hell the foil on a fin actually looks like.

They kind of have me amped up. Another key to the Beta is the foil Vince and his team created. The foil – not to be misconstrued with “foiling” or those large hatchets attached to boards – is the aerodynamic shape of the fin front to back and is defined by its thickness. Vince told me he sent eight versions of the Beta to John John during the R&D process to find the proper foil for these gems that also provides the proper flex and isn’t too heavy. The result is pretty sick.

You can definitely feel it. Again, so much speed, the perfect lift, and they feel so light under your tootsies – you’ll slap yourself for using anything less rad. They’re pretty rad on the eyes, too, albeit with a bit of an unfinished, or raw, look in certain crevices and corners. That’s probably because Futures used user feedback to perfect the Beta series. And they’re not done, says the company’s head honcho. “That has been super valuable,” he says of the feedback. “And the Beta will continue to evolve.”

For now, it sounds as if Futures might have just evolved the fin manufacturing process. And maybe provided some much-needed magic for those of us who need it most.