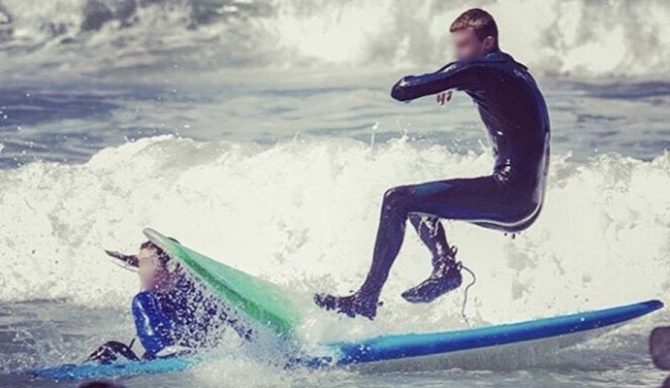 Honestly, what is there to complain about? Photo: @kookoftheday

I always thought that surfing’s soundtrack was a mix of punk, reggae, and surf rock. These three genres have been staples of every surf movie released since The Endless Summer in 1966. But after spending years hanging around parking lots and eavesdropping in lineups, I realized that surfing’s true official mixtape is not one that involves drums, bass, or upstroke heavy guitars – it’s grumbling. While you may not be able to purchase the sweet sounds of two dudes bemoaning tide fluctuations on Spotify, the gripes of surfers are still the most common sound of this sport.

We love nothing more than to talk about our surf-induced headaches, because, as much surf culture tries to embody the phrase “no worries,” we have worries – and OH, they are many. And most are due to so little of the surfing experience being spent, yah know, actually surfing. We spend 99 percent of our time overcoming various obstacles in order to surf – conditions, crowds, traffic, overeager teenage surf shop employees – that the act of catching a wave merely becomes a game within the larger game.

And complaining about the monkey wrenches Poseidon throws our way is the best part of surfing. While nailing a particular maneuver or linking together a few arcing turns on a steep wave feels incredible, it pales in comparison to good old-fashioned commiseration. Sharing the frustration over a slightly too high tide ruining what appears to be the perfect oncoming set wave or swapping that annoyed, quizzical weekend look of “where did all of these people come from?” with another local is the best way to cope through surfing’s valleys. To finally have the revelation that everyone despises this sport for the same reasons as you is wildly gratifying in ways that landing an aerial never will be.

Anger and annoyance are quintessential parts of the surfing journey that we all share. But surfing is usually a solitary experience – so, when things go wrong (as they often do), you are left on an island to solve and cope with your failures and missteps. All surfers have had those calamitous sessions where every pop-up ends in disaster, and to talk about that failure, to release all of that disappointment and defeat from what feels like wasted time in the ocean, is the only thing that actually goes right on those days. It’s therapeutic to share those struggles – to know that everyone has extended highlight reels of hilarious wipeouts, feet that occasionally refuse to set themselves properly, or that no one would blame you if you bought first-class tickets to Hawaii for the guy that just burned you just so you could throw them headfirst into the tallest, deepest volcano the island has to offer. Hell, it’s summer, so there’s probably an ever-growing imaginary line queuing at that fictional volcano as we speak. 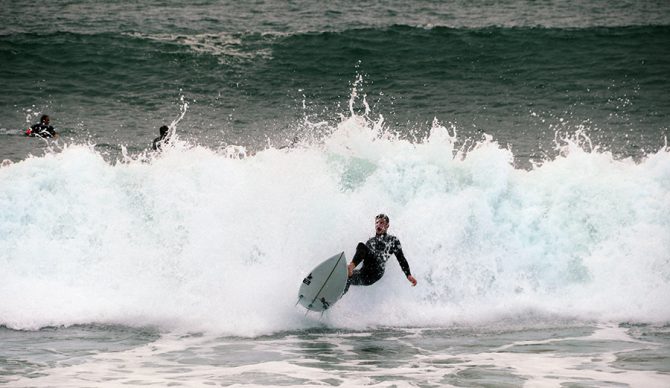 The incredible irony here is that when the waves are actually good, we simply mutter “it’s fun out there.” We are so conditioned to be prepared for the suck that when something actually works in our favor, it doesn’t register on the emotional radar. The wave FINALLY did what it was supposed to do and didn’t treat you like a piece of dirty laundry! But this is not celebrated – the wave simply did its job. Surfers aren’t much more than tan NFL head coaches, understanding only pain and little success. There is no joy or jubilation when nature literally breaks your way, just a cold “we’re on to the next wave.”

Everyone loves to throw around the phrase “shit happens” in day-to-day life because we all understand that chaotic, unpredictable events can engulf anyone. But those same people usually react negatively when shit, under overwhelming odds, happens. Surfers get a lot of things wrong, but we nail empathy. We understand that shit happens all the time, always. Complaining to one another is the only thing that keeps us sane.

Oh, and in case you wanted the official track list for surfing’s soon to be Grammy Award-winning Grumblecore album, here it is:

SECRET BONUS TRACK: I Surf Great When No One’s Watching