The Best Surf Brawls of the Century 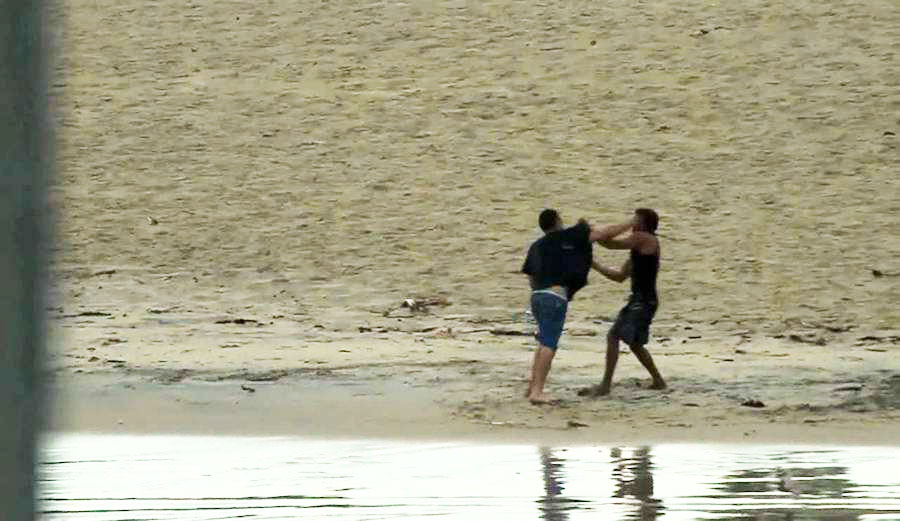 Gold Coast Beat Down Turns into a Sad Three Round Brawl. Photo: Youtube

Once in a while, a surfer’s drive and dedication can spill over, turning a beach day into a full on beatdown day. What better way to resolve your salty issues with a few fists thrown around? We decided to locate some of the best surfing brawls in the last decade along our coast line, and I must say you won’t be disappointed. Step aside Jamie O’Brien, the slap on Ricardo Dos Santos won’t compare to these elbow throwing altercations you’re about to witness.

Who’s snakin’ him next? Deep breath, lower the shoulder, deliver the blow. His look of sheer disappointment is evident and that linebacker maneuver was just down right savage.

Life lesson #1: If the guy has a martial arts background and he’s local, probably best to shut your mouth and keep yourself in the shadows. Hawaiian beat down here we come!

All seems fun and jolly until shit hits the fan. Nothing like a good ol’ fashioned dust up in the parking lot after surfing some very mediocre waves!

Not sure if he’s trying to drown him or trying to show him how good the water tastes, but the commentary wins the crown for sure, so turn that volume up!

My dad once told me there are shit heads everywhere in this world but it looks like he’s the shit head in this battle after a brutal beatdown at the Wedge.

The Gold Coast doesn’t take shit from anyone. These kooks decide to hustle it out every few minutes until the smoker’s lungs kick in and drop the fists for a battle of harsh words. Even the dog gets involved for a mini mosh pit and tussle.

Zero fighting involved, but after this scenario wrapped up there’s got to be a problem! How could we not include the Lower’s Raid of 2012? The most iconic takeover’s known to date and it just so happens to be a new ritual! Remember, locals only.

There you have it, savages. Don’t let these videos alter your perception of what it is to be a surfer and if a brawl breaks out, don’t join in, just grab the cameras and popcorn for the next round. Mama didn’t raise a quitter, am I right?