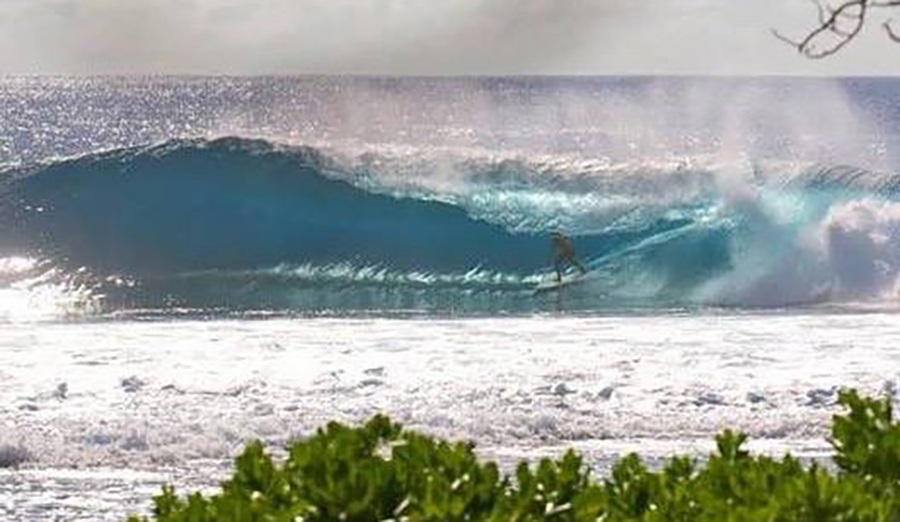 Last month, Cook Islands joined 98 other nations in membership of the International Surfing Association (ISA). You’ve probably heard of the World Surfing Games, which will be held in Costa Rica this August, and a lot of buzz about surfing in the Olympics. Well, the ISA is behind all of that. It’s huge, it’s influential, and yet, for many of us, it’s still a bit enigmatic. It shouldn’t be. Here’s your primer on the ISA and some intel on its newest member, Cook Islands.

How does the ISA work?

The La Jolla, California-based organization’s mission is to develop surfing globally and it’s recognized by the International Olympic Committee (IOC) as the global governing authority of surfing and other wave riding sports.

With 99 member federations, the ISA now claims representation from more than half the countries in the world (195, according to the U.S. State Department). ISA President Fernando Aguerre says that the organization is very proactive about seeking and developing new member federations.

“We have even created a manual for the development of member federations, which was actually recognized by the International Olympic Committee as a model amongst international sports federations,” he says. “In order to be considered as an ISA member, an organization must be authorized to operate under the laws of the home country and have a signed constitution, a minimum of three executive members, and a vision for the development of surfing, SUP, bodyboarding and other wave riding activities in the country.”

It’s not technically the nation itself (Cook Islands) but an official organization within it (Surfing Cook Islands Association) that joins the ISA on behalf of its entire home nation, and the ISA only recognizes one organization from each country. Sometimes, it’s a well-oiled machine like Surfing Australia; other times it’s a small, grassroots organization like the Liberian Surfing Federation in West Africa. In the case of the latter, the ISA helped to develop the organization itself.

“There are numerous benefits to becoming a member of the ISA,” Aguerre says. “Being recognized by the ISA gives surfers of the member nation access to compete in the ISA World Championships, the opportunity to implement and participate in surfing and SUP educational programs, and eligibility to apply for the ISA scholarship program. ISA has awarded more than $228,500 in scholarship funds to further the education and surfing careers of 267 underprivileged youth around the world since 2007.”

“The Cook Islands are planning to take advantage of this opportunity and send their first athletes to compete in the 2016 ISA World SUP and Paddleboard Championship in Fiji from November 12-20,” Aguerre says. “[And they are] encouraging the youth of their country to apply for the ISA Scholarship Program. Also, gaining ISA recognition will help them receive support to host their first national championship and other development initiatives.”

ISA membership also boosts recognition, tourism, industry cred, and in turn, support. It can even have a positive impact on the country’s economy.

“After Nicaragua hosted four consecutive years of ISA World Championships (2011-2015), surf tourism has skyrocketed and surfing now registers as the top source for travel tourism for the country,” Aguerre says.

Why the Cook Islands?

Cook Islands is a Polynesian country made up of 15 islands that sit squarely between New Zealand and Hawaii. The islands, either composed of volcanic rock or coral reef, are scattered across more than two million square kilometers of clear, cerulean ocean that’s warm enough to trunk it year-round.

According to Magic Seaweed, the islands get consistent swell, but the topography of the ocean floor isn’t ideal for creating epic surf – nor are the narrow reef passes. That’s not to say that the Cook Islands don’t get good waves, it’s just that when compared with their neighbors – Fiji and Tahiti – well, those two have a habit of making everywhere else look lackluster. A quick Internet search yields plenty of photos of powerful-looking, almond-shaped barrels that evidently break over shallow reef, so keeping an eye on the tide charts is a must. The fact that the islands barely register on most mainstream surf forecasting sites seems like a fair indicator that the waves are uncrowded.

Professional surfer Blake Thornton traveled to the Cook Islands a few years back and says, “It is definitely a little slice of paradise with a small surf community. [There are] very raw and rugged setups, and it’s popular for bodyboarders. I like slab waves, which is what attracted me to the island.”

Rarotonga is not only the island that boasts most of the country’s breaks, Lonely Planet also describes it as a charming (and delicious) contradiction: contemporary foodie Eden meets quaint cultural enclave, all draped in the Cook Island’s signature laid-back “pace of life.”

Cook Islands is an independent nation in free association with New Zealand, which means that Cook Islanders (about 10,000 of them) are self governing but hold New Zealand passports and use New Zealand currency. To get into the country, you need a passport that’s valid for at least six months and a ticket back out of the country. You can get flights to the Cook Islands from Auckland, Sydney, Los Angeles, and Tahiti.