When Sonny Miller passed away at 53 in 2014, he left behind a lot of loved ones, a prolific cinematic legacy, and what his cameraman Derek Hoffmann describes as “thousands of pounds of film reels,” a massive archive of stills, raw footage, completed films, and everything in between. Today he’s still considered one of the finest filmmakers the surf community has seen, with credits like Riding Giants, Breakin’ on Thru and The Search series.

While Sonny certainly left his mark on the surf world, he also left behind some unfinished business here on Earth, as his close friend Hoffmann told me. “Before he died Sonny used to talk about how he wanted to get his older films digital, specifically Searching for Tom Curren. But when he passed, it hadn’t happened yet,” said Hoffmann. Without having made the jump to digital, those films have been lost to time – despite being considered one of the finest surf films ever made, previously if you had wanted to watch Searching for Tom Curren, you had to hunt down a physical copy of the movie, most likely a VHS tape. Now, you can stream it online. Here’s the story of how that happened, 25 years later. 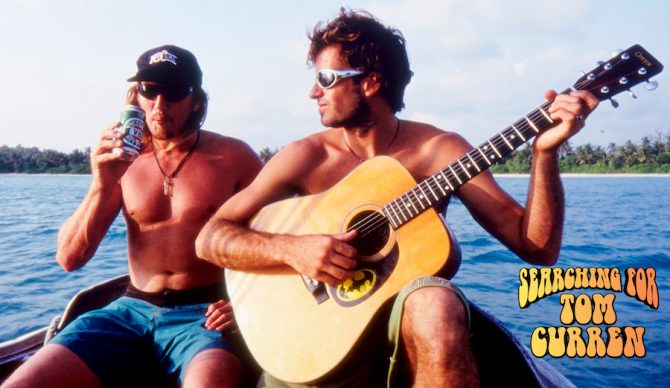 Part of the tragedy of Sonny early death, caused by a heart attack, was the fact that it came six days after his mother, Suzanne Gilliland, passed away. A few days after Sonny’s death, Hoffmann showed up at his friend’s house to help with the estate and found Sonny’s father and uncle struggling to figure out what to do with the aforementioned thousands of pounds of film reels and other media. Without the proper equipment to view the reels and tapes, there was no way of knowing what was on them, but Hoffmann and others felt that preserving Sonny’s work was important. So rather than throw anything away, they established an archive, and began sorting through them.

As it turns out, there was a bit more to the process of getting Sonny’s films preserved for all to enjoy than just converting the old media to digital. The first hurdle was the joint ownership held by film sponsors. In the case of The Search series, that partner was Rip Curl.

in 2016, Hoffmann sought out Rip Curl, looking for their support and assistance in getting Sonny’s The Search series digital. Hoffmann got Rip Curl’s blessing to pursue the project, but as for financial support, there was none. “They’re an apparel brand, not an entertainment company,” said Hoffmann, “And the logistics and money involved weren’t in their best interest.” So Hoffmann took it upon himself to keep the momentum going and take on the next challenge – the music.

“Because what was in the film was only cleared for VHS in the 1990s, I had to re-clear all the music legally,” said Hoffman. So with the help of an entertainment lawyer, he started reaching out to the bands and labels whose music appeared in the films. “For the most part it worked out really well, except for a couple of tracks that were with Warner Music and Sony. And that was just like ‘oh boy, this really might be a sticking point.'”

Going toe-to-toe with giants of the music world can get expensive, fast, and all of the advice Hoffmann was getting was to just replace the tracks with new music. But to Hoffmann, that was tantamount to blasphemy. “I can’t change the music,” he said. “If I had to change Sonny’s film, I wasn’t going to pursue it.” 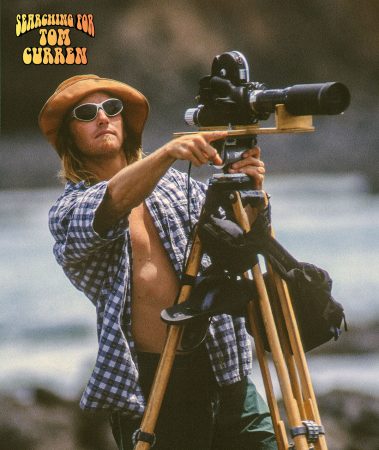 Eventually, Hoffmann was able to get all of the original tracks cleared, although it wasn’t without cost. “I never would have guessed it going in, but the main expense for the entire project was actually the music licensing,” said Hoffmann. Up until now, the entire project had been self-funded, making any sort of continuation, such as re-releasing other films in The Search series, difficult to say the least, but that hasn’t deterred Hoffmann.

“If everything works out the way I’m kind of envisioning, we’ll get some good support from the surf community around the world on this first endeavor (Searching for Tom Curren) by either streaming it or purchasing a Blu-ray. Which enables us to obviously pay expenses, but more importantly reinvest that into bringing out more of these archives and creating some new stories with them,” said Hoffmann. “I’d like to see a lot of this content be provided for free as well.” 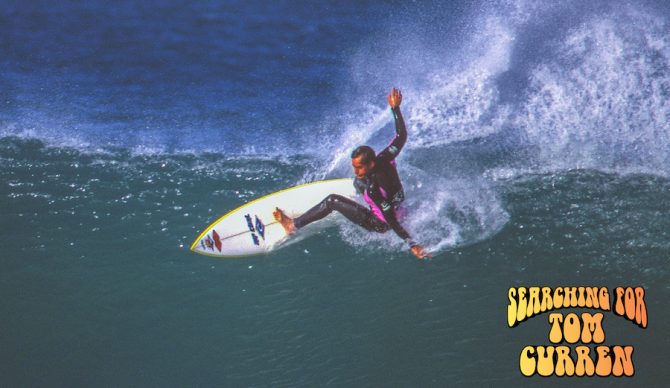 “Sonny shot the origins of tow-in surfing with Laird Hamilton and Darrick Doerner, He’s got some early footage of the foil board, these trips with Andy and Bruce Irons, just so many iconic moments in surf history that obviously need to be shared,” said Hoffmann. “And beyond just Sonny there are so many other incredible surf filmmakers whose work never made it to digital. So I hope by starting this process with Sonny we’ll encourage more filmmakers to step forward and use the platform we’ve created to re-share their work from that era.”

If you want to support the work that Hoffmann is doing to preserve the legacy of Sonny Miller and other surf filmmakers whose work never made the transfer, check out the new streaming platform, Nalu.tv. Give Searching for Tom Curren a stream, and stay tuned for more classic surf films, behind-the-scenes footage, and never-been-told stories soon to be dug out of the archives.