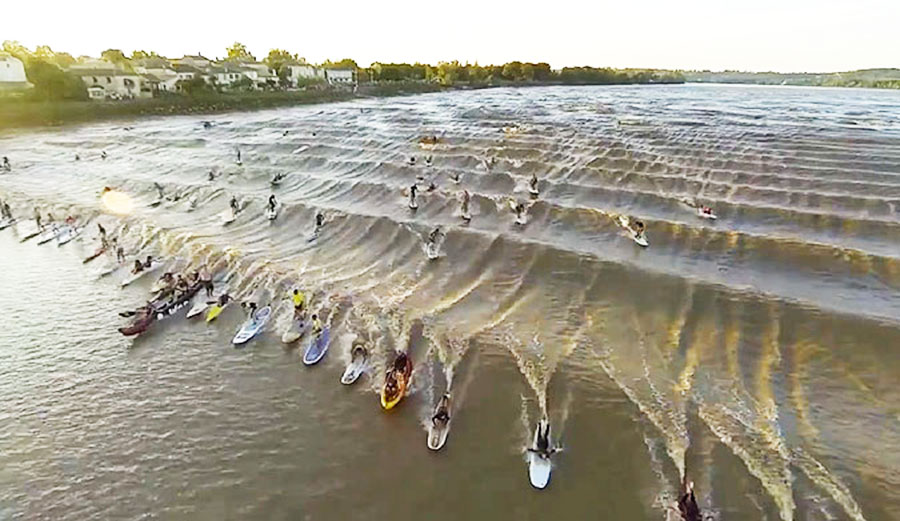 Do these things and get more waves. Surfing is more important than everything else in your life, including relationships and responsibilities.

Here is the definitive guide for catching more waves. If you should have the courage to follow this serious and foolproof map, you’ll find yourself living a simpler life with your feet more frequently in the wax.

1. Quit your job. You can’t expect to get as many waves as you want if you are employed. It’s just silly. Wrap your head around these numbers, if you’d be such a doll for me. Say you spend 40 hours in a given week at work. After some painstakingly tenuous math I’ll spare you from, that equates to approximately 40 hours you weren’t surfing that week. Hopefully, you have finished cleaning enough of your blown brain from the ceiling to continue reading. Tell your boss to eat a d, respectfully, and head to your favorite break. With this tip alone, your wave count will increase exponentially.

2. Estrange yourself from all the negative people in your life, as well as from your loved ones. Relationships, both good and bad, take tremendous work and energy that you’d be wiser putting into your barrel game. Trying to raise children is a real hassle, and those poopy pants little shits don’t appreciate it anyway. Hit the eject button and you’ll find yourself almost immediately stupid pitted.

3. Be born from athletic parents who also were either affluent enough, smart enough, or lucky enough to live near the beach. It’s hard to up your wave count when you have inherited shit genes in the middle of Nebraska. Physical makeup and location are both crucial factors in catching more waves.

5. Go to jail. Just for a stint. It’s way more effective than any pussy mixed martial arts gym for learning your fighting essentials because learning to fight is like learning a foreign language: you must immerse yourself in it. Once you’ve fought for your morning biscuit, posterior dignity, and life, fighting non-criminals over waves will seem like a cinch.

6. Seethe vinegar. Yes, you catch more flies with honey than with vinegar, but who the fuck wants to catch a bunch of flies? You want to catch waves, yes? Spread poisonous energy every which way out there. Be saltier than the sea itself. Make it physically revolting for others to be around you.

7. Never, ever yield to anyone else. If I’m not mistaken, I believe it was Jesus who may have said that first. View the ocean as your own and never acknowledge the worth (or even the existence) of others unless you are physically confronting or energetically dominating them. You’ll find that it helps speed up your estrangement period (see #2).

8. Go for every single wave. Similar to #7, but this prong bears repeating. There’s simply no better way to get in prime paddling shape, and being in paddling shape means paddling into more waves. Whether you’re in position or directly in others’ ways, eyeing a perfect peak or a crumbly closeout, or perhaps just got back from snaking the wave of the day, take off on everything. Never stop paddling, unless it’s to throw down. Someone else riding a wave sure as shit isn’t helping you any. In surfing, as in life, you must put yourself spitefully above everyone else, measuring your own happiness, success, and pleasure by the misery, failure, and pain of everyone else around you.

9. Have a bigger board. Stand up paddlers not only catch more waves, but they are also much more stylish and well respected by everyone in the surfing community. When you are sweeping, you don’t even have to look at the other poor surfers you’re running over and swatting in the face, and you sure as shit don’t have to obey standard etiquette.

10. Grow a beard, long hair, or both. The reason mangy ass dudes catch more waves is because all the time you’re spending grooming yourself like a goddamn metro, they’re out there.

11. Lower your standards. Surf every damn day. Even when it’s flat, closed out, blown out, or post-pussies-and-poodles-downpour polluted, get out there and paddle for everything. After all, what else are you doing? You don’t have a job, you have a criminal record, and you’ve burned all your bridges.