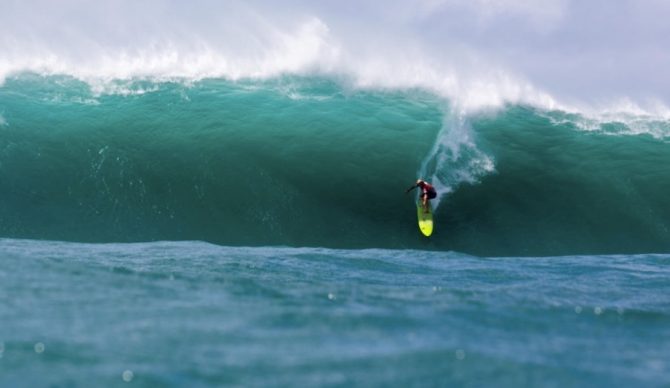 Could this be the call? Photo: WSL

When last we spoke on the subject, the Eddie Aikau Big Wave Invitational had been called on for Wednesday, January 11. The people were hyped! Photographers and videographers were emailing, drone pilots were changing batteries, production schedules were being made. But then, just like that, within the next 12 hours of being called on, the event was abruptly canceled by organizers who were afraid that winds would hamper the contest. The swell still provided. But it was, perhaps, not an Eddie swell.

Well, last night, the Eddie Aikau Big Wave Invitational was once again greenlit. As of yesterday, the contest website says that the event will happen this Sunday, January 22.

Another round of XXL swell is bearing down on the Hawaiian Islands. For Sunday, specifically, forecasters are calling for 25-30-foot faces with the occasional 35-40-foot. All the big names are on hand for the Eddie, especially with the World Surf League’s Pipeline event right around the corner. Kelly Slater, John John Florence, along with a handful of Hawaiian specialists should be waxing their boards Sunday morning.

Due to its requirements for larger-than-normal surf, the Eddie has only run nine times in its illustrious 40-year history. The last time was February of 2016, when John John took home one of the most prestigious crowns in surfing.

Find out more about the life broadcast at TheEddieAikau.com