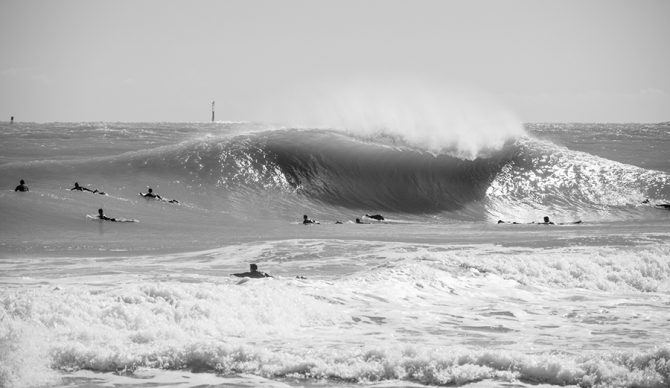 “Would you like some vitamin C, my friend” Carlo asked. As I wondered why my barber was asking me about vitamins, one of the other patrons chimed-in in a thick Cuban accent, “Oh, you mean some cocaine.” Carlo smiled and laughed, “You want some Cuban coffee? It’s rocket fuel, you know?” as he walked over to a little espresso machine.

I politely accepted his offer and moments later he handed me a tiny white mug of espresso loaded with sugar. I drank it and watched the blind opera singer Andrea Bocelli on TV, while Carlo shaved my face with a straight razor and sang along. 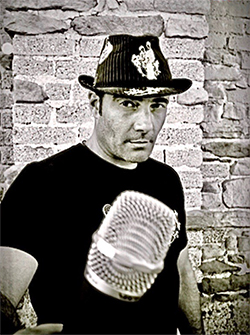 You could live your entire life there and never have to speak English. In fact, Miami is affectionately known as the capital of Latin America.

The wave in South Beach also doesn’t really seem like it’s in Florida. When a low-pressure system positions itself in just the right spot off of the East Coast, and sends a strong north swell directed at South Beach, a truly magical phenomenon occurs that looks and feels more like the Caribbean than the U.S. East Coast. But that’s definitely the exception rather than the rule.

Normally, the ocean in South Beach is placid as can be. It’s tough being a surfer there. “It sucks, we never get waves. It’s only wind chop,” said former pro and Miami Beach Lifeguard Ron Keindl. But if you wait long enough (i.e. live there), at some point you’ll be rewarded with perfect emerald-green, sand-sucking A-frames, wedging up and down the beach from Third to First streets.

“This is a different wave, man. The is a whole different animal. That wedge, forget it. It’s a magical wave. And when it breaks you need to be on it because it could disappear in an hour or two,” said Keindl. “It takes so much for it to filter down there you need to be on it. You could have breakfast there in the morning and come back after lunch and it’s gone. Or vice versa. One minute it’s one foot and the next it’s double overhead,” he continued.

This isn’t your normal mushy Florida double overhead either. “It’s like going on a plane and getting to Costa and now you have a real beach break. It’s a real beach break wave like on a surf trip. You know, it’s got balls. It will break your board,” said Keindl

Despite the narrow swell window, the deep water offshore and the shallow sandbars make South Beach one of the heaviest waves on the East Coast.

“It just apexes on really shallow water and barrels as hard as you can imagine. I don’t think I’ve seen a wave on the East Coast similar to South Beach,” explains South Beach pro Marley Puglielli. “I’m sure Jersey, New York, or the Outer Banks has similar days, but I don’t think it’s anywhere near as beautiful as South Beach. You got blue water, sunny skies, and chicks on the beach. Unfortunately, there’s a hundred million people in the water.”

The amount of people provides an additional element of danger. “I’ve seen people split their heads open. I’ve seen people get gashed in the knee with a fin. It’s no joke out there. 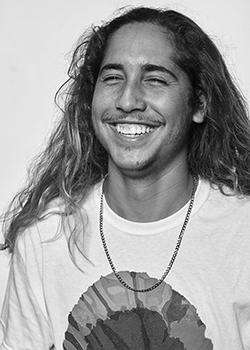 You could die. I know that sounds a little exaggerated, but you could easily get killed in South Beach on those big days with all those people,” continued Puglielli (right).

According to Keindl, the crowds have only gotten worse in recent years. “We didn’t have surf cams back then. It was by telephone, 976-SURF, and it was a frickin’ dollar a call and my mom would kill me.  She’d get the phone bill and want to strangle me and my brother,” he laughed.

A lot of the old crew has moved on and nowadays there is less order in the lineup. “There was a mob out here. And the fuck if you dare to come over here and rub elbows with them. There’s still a couple of the guys left; myself, Carlos “Bam” Del Olmo. If he gets his ass out there be careful,” said Keindl.

“Bam” is the South Beach local archetype. He is a first generation Cuban American, the son of Cuban refugees. He learned to surf in South Beach in the late 1970s and early eighties. “We’re talking the South Beach of Tony Montana, Miami Vice, and the McDuffie Riots,” he said.

Not afraid to fight, he got the nickname “Bam” from an ill-fated attempt by a bully to take his board. “The guy looked like fucking Evander Holifield. … I thought he was going to kick my ass,” he told me. “I was like let’s get out of here bro. So, I actually got out of the water because I didn’t want no trouble. But I just spent seven years in Miami fighting, brawling and I wasn’t scared of anybody you know what I mean?” The bully followed Bam in and tried to take his board. After a short tussle, the bully ended up on the ground and Carlos ended up with a new nickname. “Cubans are gnarly you know,” he added. 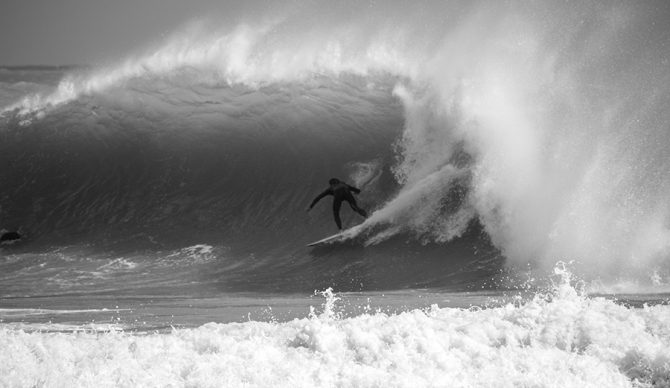 Things have definitely changed since the days of the Dadeland Mall shootout, when Colombian drug traffickers were involved in a gunfight in broad daylight in July of 1979, but the party scene is still pretty gnarly. “It could eat you alive, dude. It’s wild for sure. It’s definitely like no other place in the world. I’ve partied all over the place, but Miami is on the top of the list for sure,” says Puglielli.

“South Beach is temptation island. And if you come down here with a girlfriend or boyfriend, you’ll be leaving here single or with a new one. It’s that type of place,” Bam warned.  And just like most things in life, balance is the key to surviving in South Beach. “Being a surfer in South Beach is tough. It’s like the two biggest addictions; waves and women. You have this incredible wave that unfortunately doesn’t break all the time, and then at nighttime you’re out partying, you’re drinking, so you got to be able to find that happy medium, because you can get sucked into it really quick…. It’s a very sexual and volatile place.”