The Million to One Chapter: A Shot in the Dark 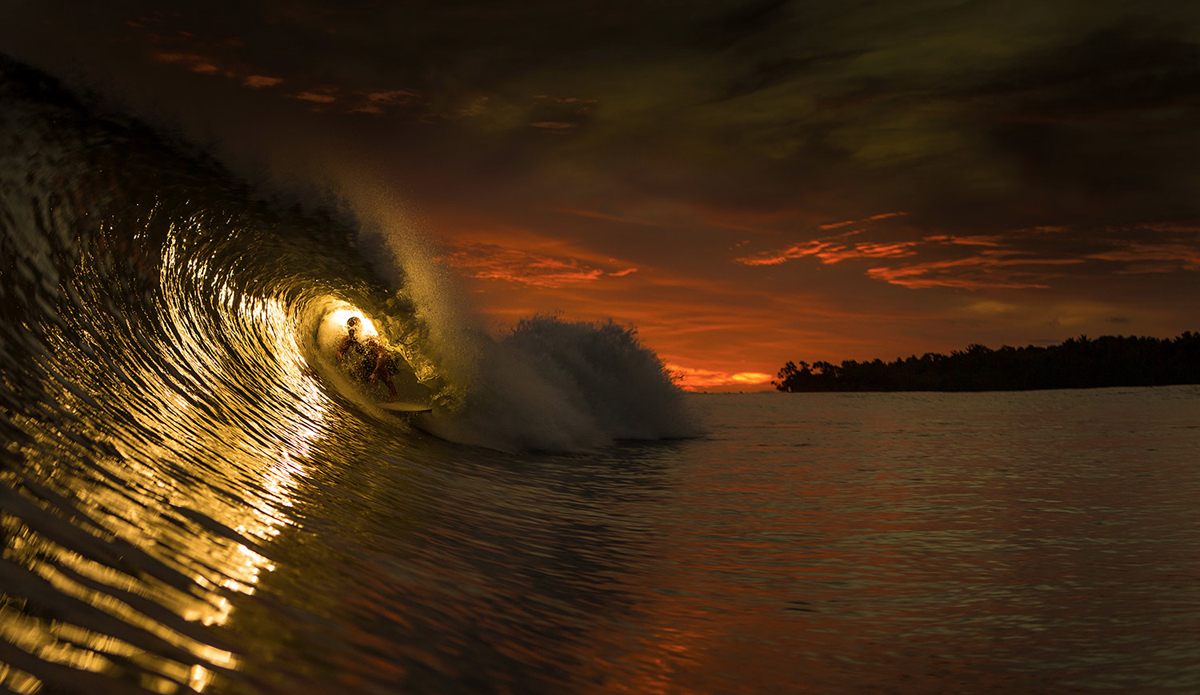 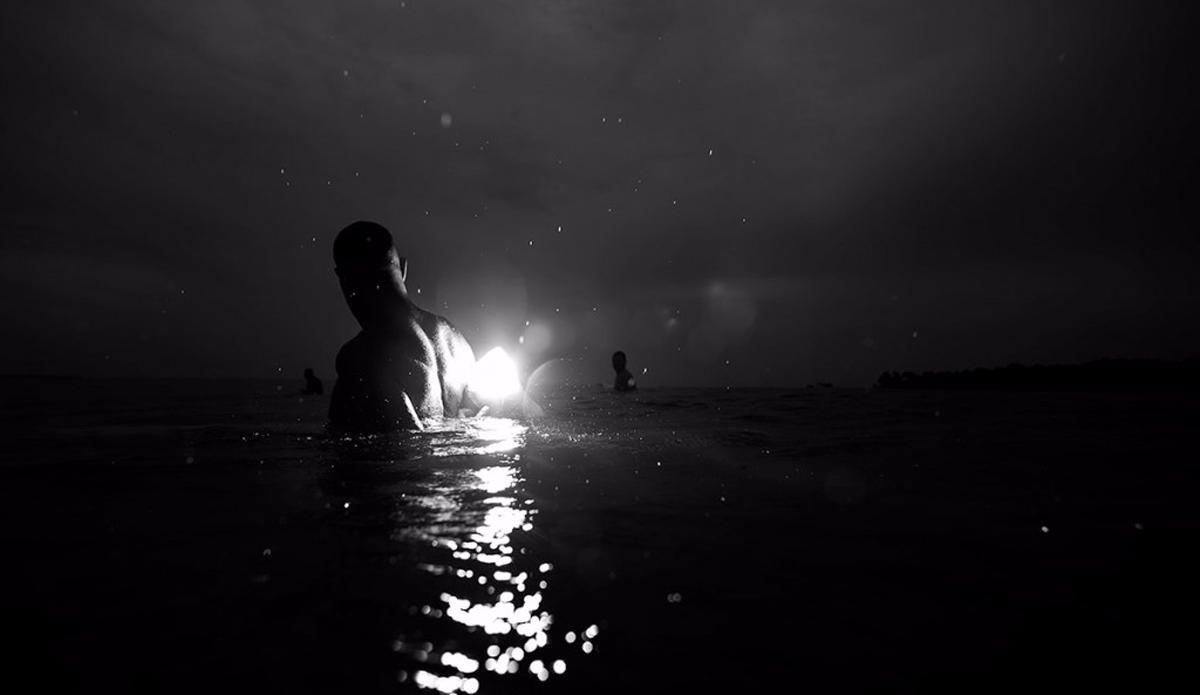 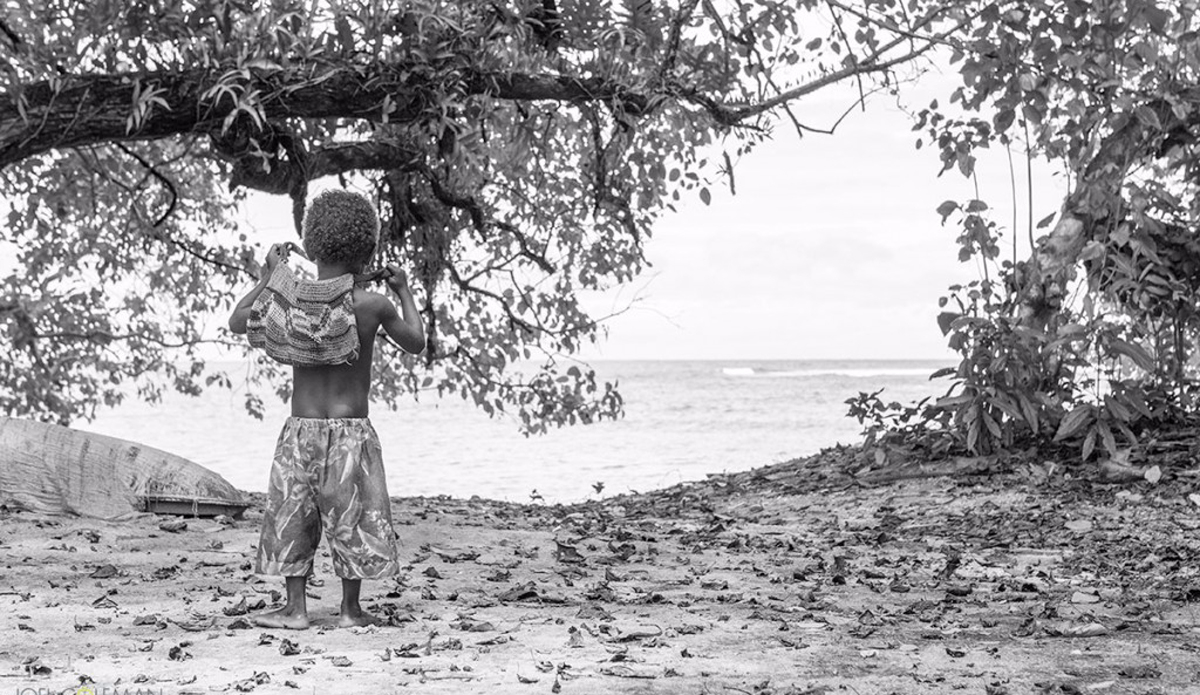 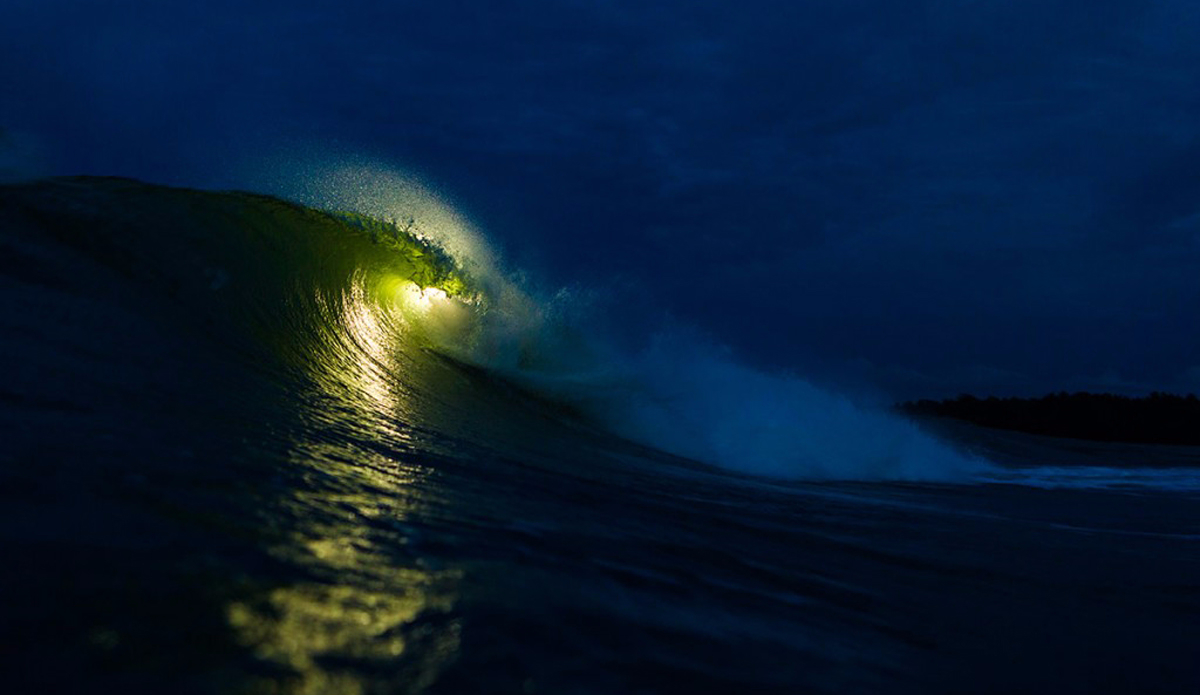 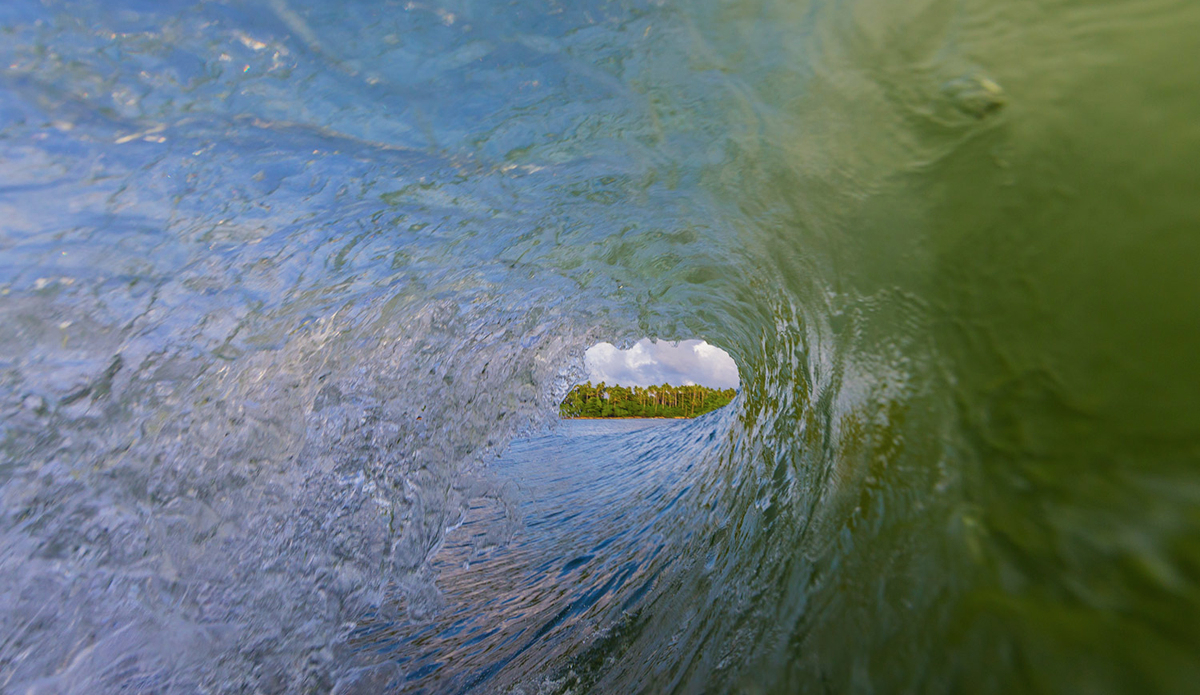 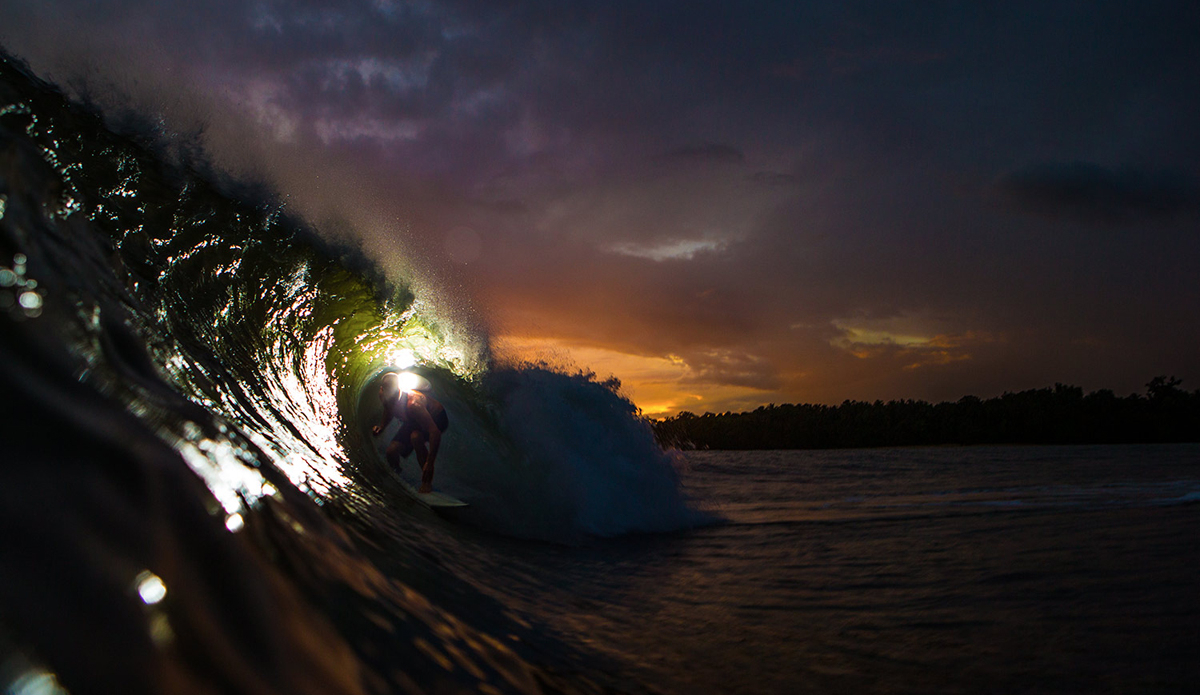 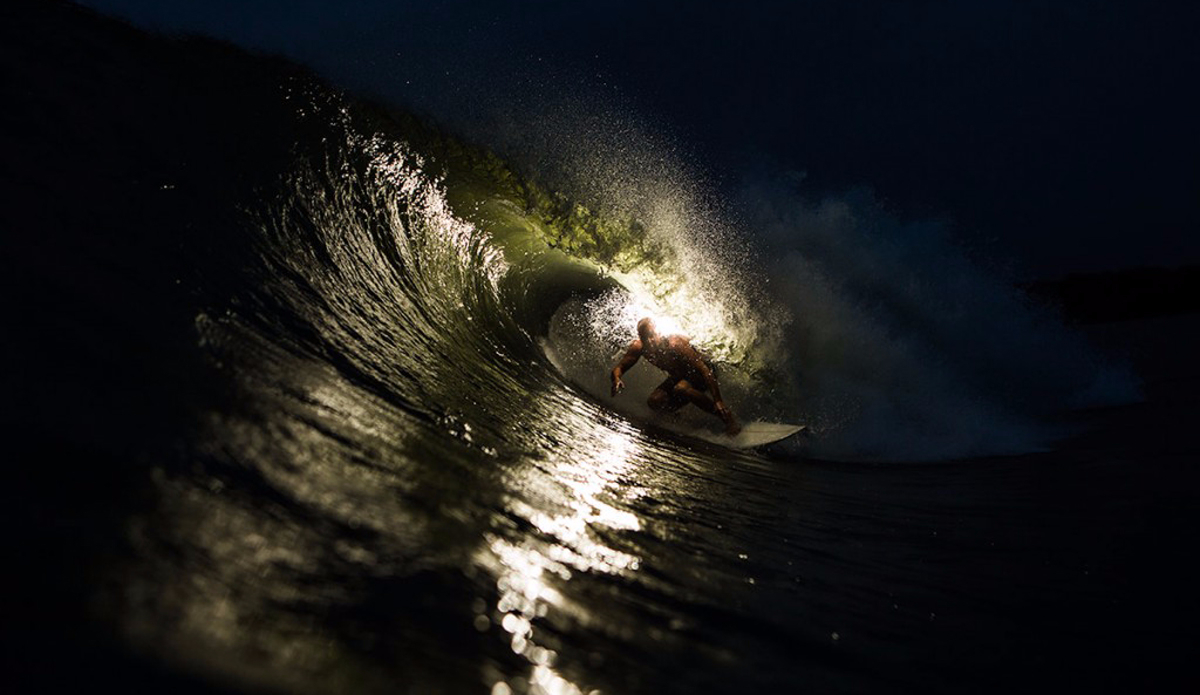 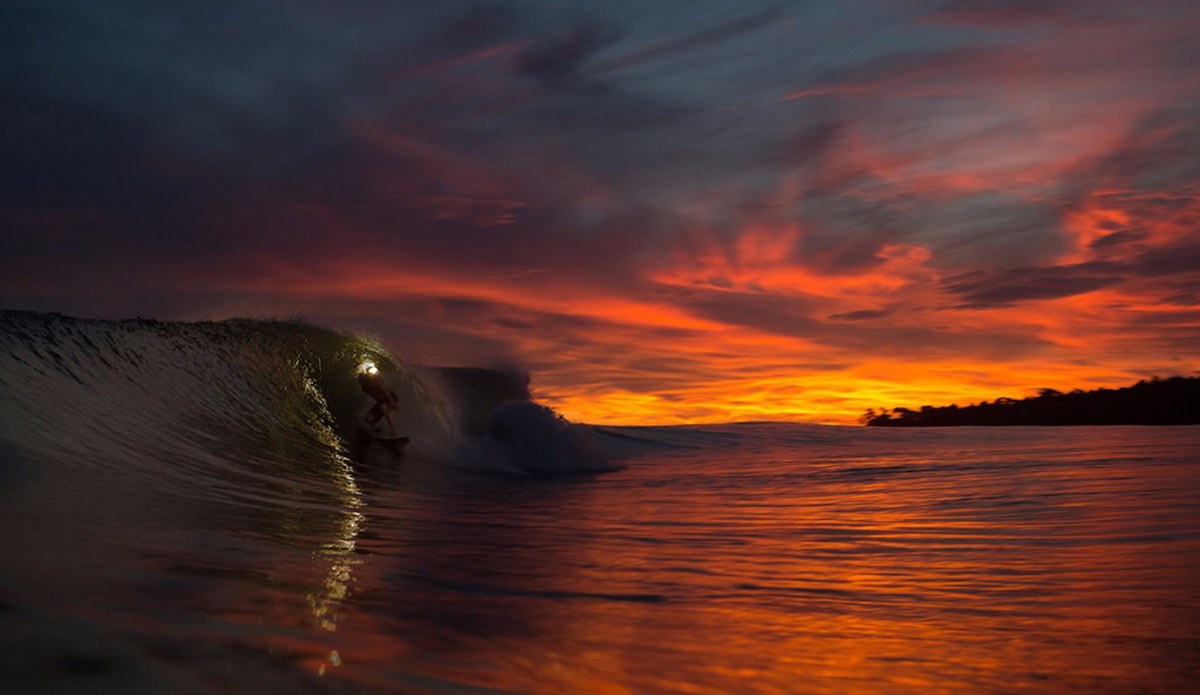 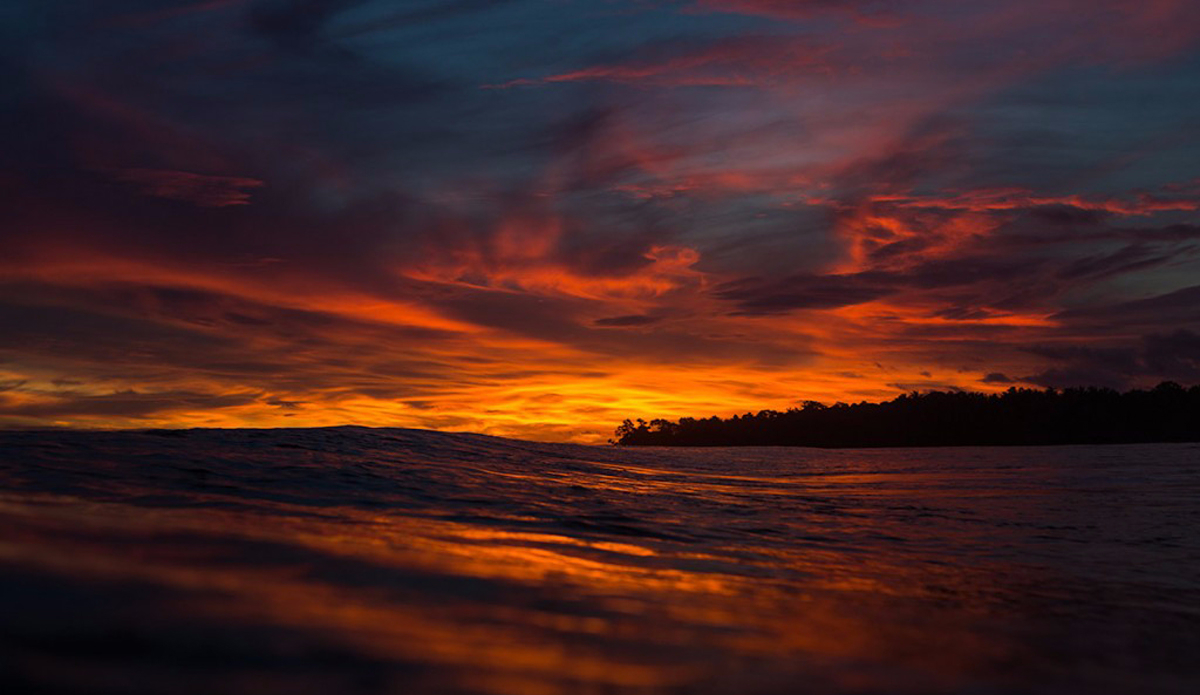 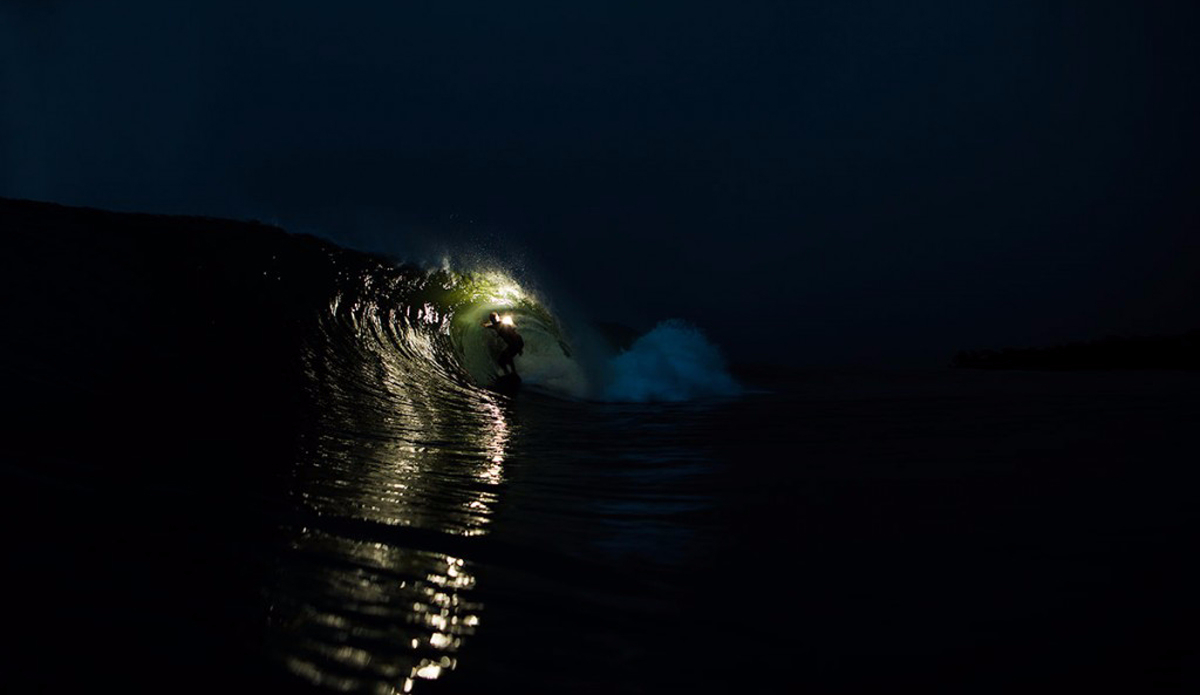 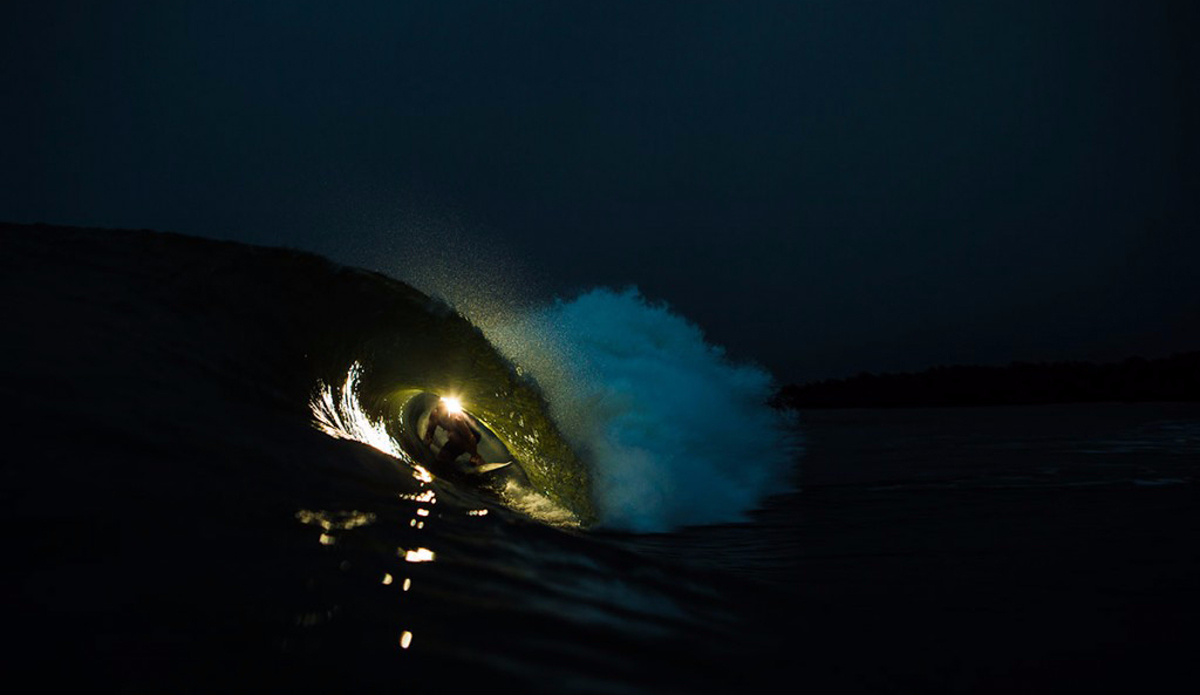 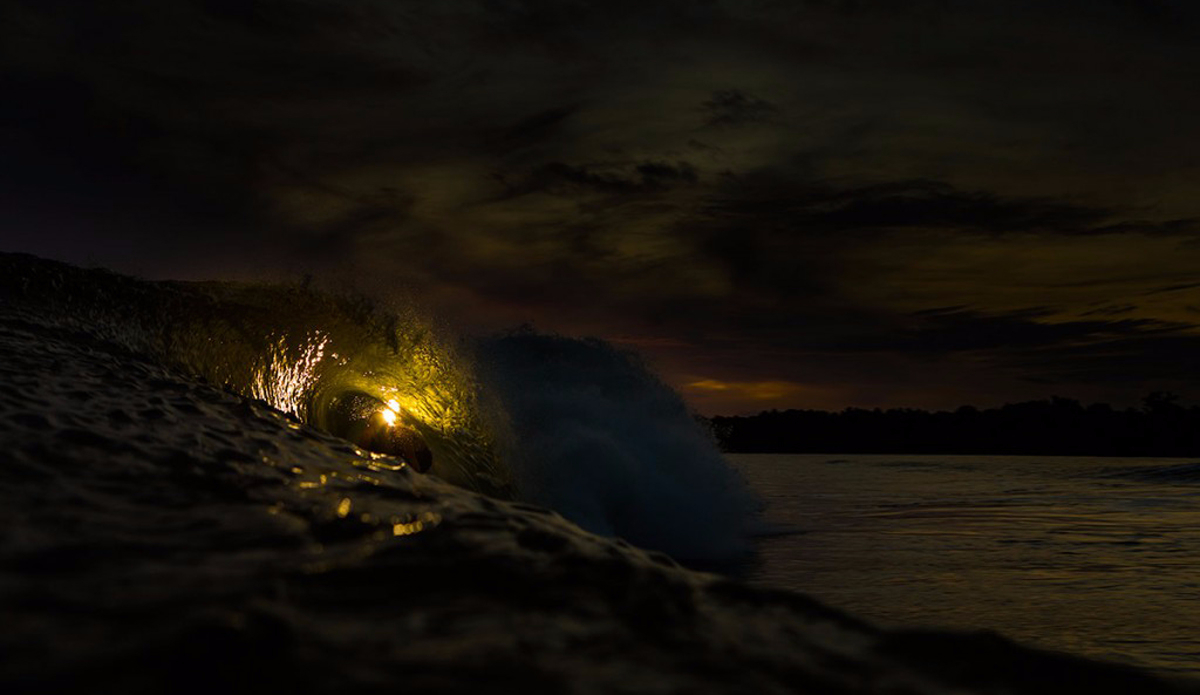 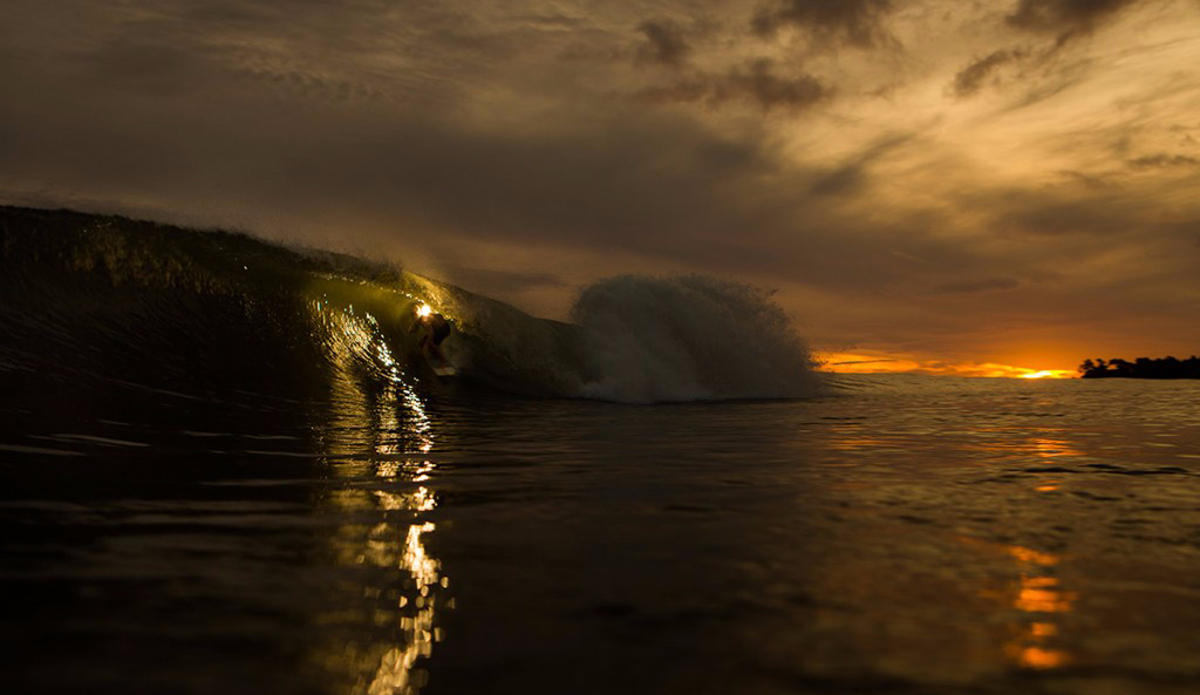 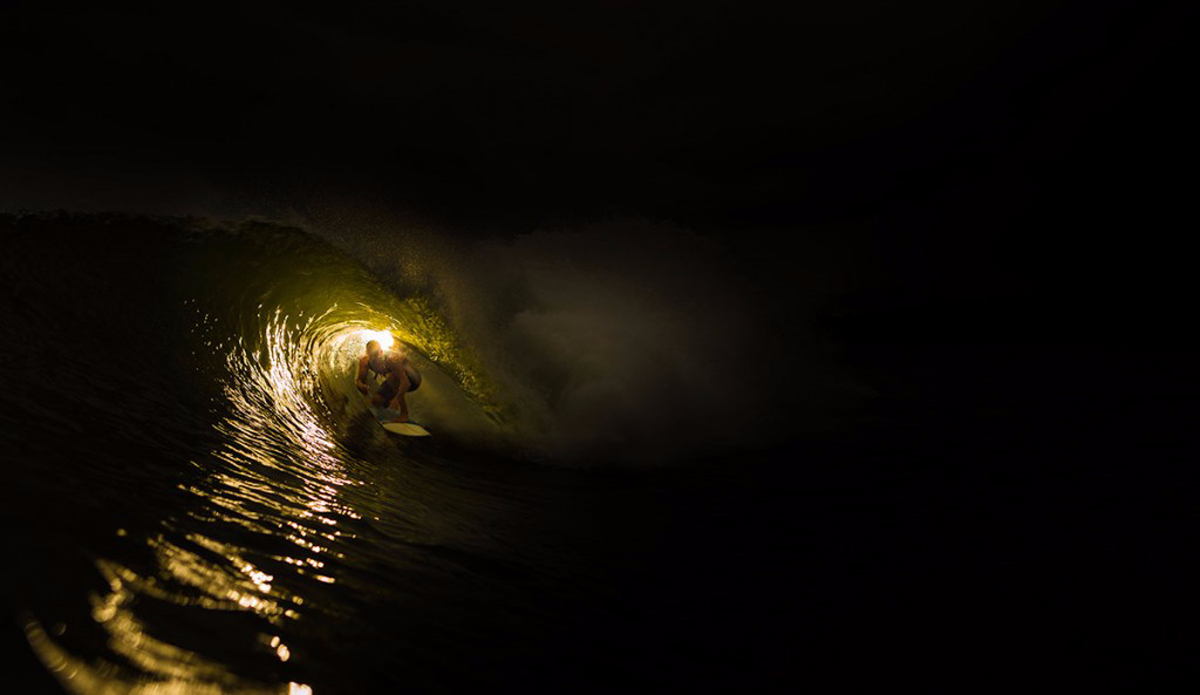 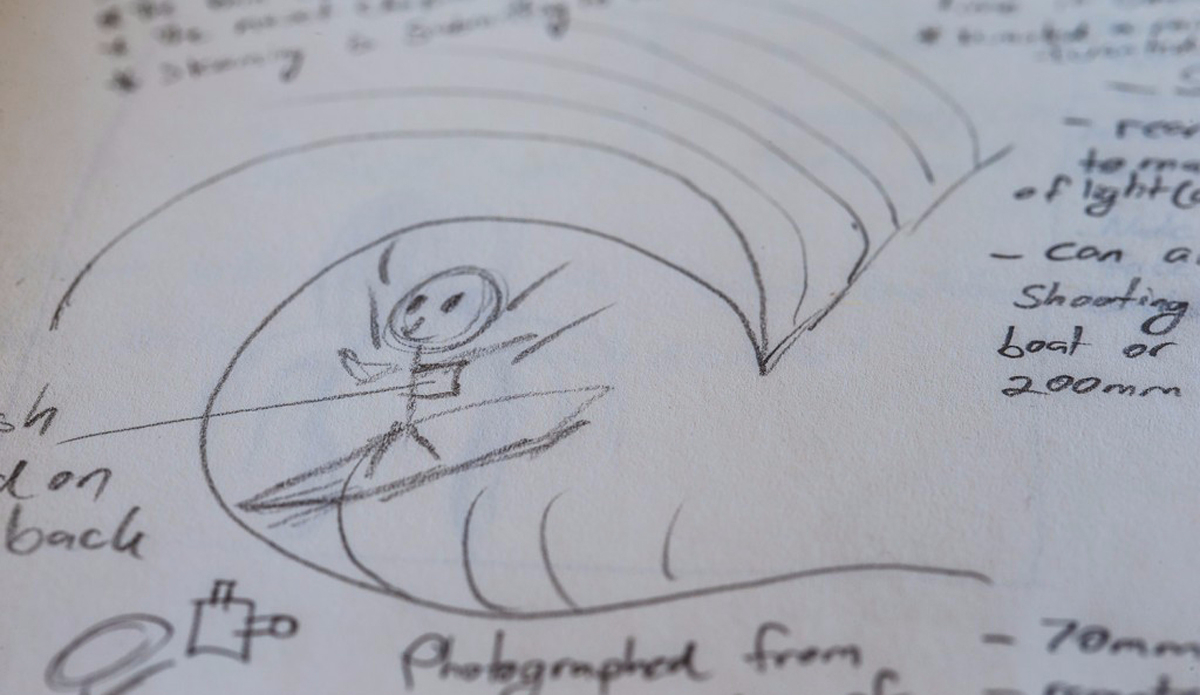 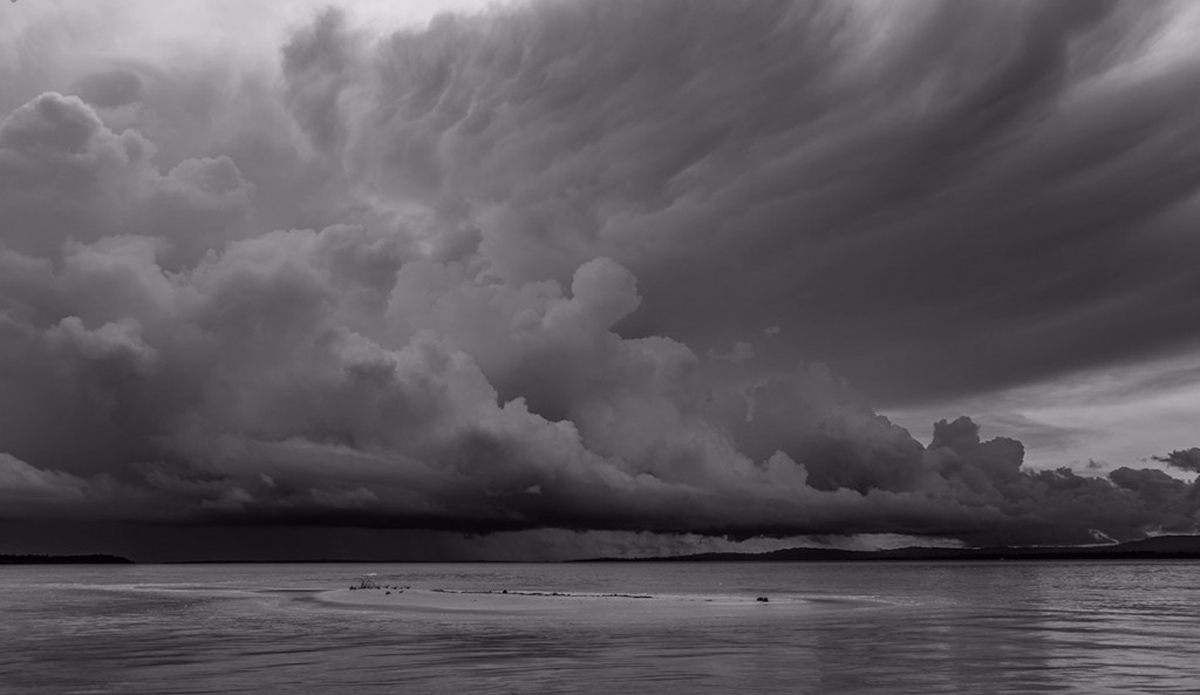 You have to take a lot of photographs to get one good one. It’s the nature of the creative path I chose. The odds of going to a location and having all the key elements align for a good photograph are slim, at best. I have a sketch book that I am constantly adding to. It consists of line drawings of concepts and ideas I have for photographs. Rather than just showing up in a new country with my camera gear and ready to document what unfolds, I start with an idea. This year, I started with a vision to photograph a perfect barreling wave being ridden… at night.

I started working with in-water flash setups a number of years ago and over a four-year period, I trailed different equipment, different locations and different photographic techniques. I am nothing if not persistent. A million to one shot is unlikely, but one million million to one shots gives you a much better chance of success.

First, I needed someone who I knew well that could ride the barrel so well that they could do it in the dark. I then needed a wave that I had spent enough time photographing that I could read it, understand where it was going to break, sense its movement, and position myself in the right spot in the dark. Then I needed a swell, the right weather, the right light and the exceptionally complex equipment setup I had built to all work at the right time. The odds were against me, to say the least.

To add to the ‘million to one’ factor, the window of workable light to get this photograph was around 20 minutes in a day. In a 24-hour period, I needed a surfer to get barreled on a perfect wave during a 20-minute window of workable light. When photographing surf, you must set your camera to shoot multiple frames at a time, maximizing the chance of getting a keeper.

There was only one combination that ticked all the boxes. The wave was the Slab in Papa New Guinea and the surfer was Andrew “Darty” Dart. I have spent a lot of time in PNG over the last few years and I have photographed the Slab from every possible angle. I know where I am on the reef almost by Braille and it breaks in the same spot almost every time. What I know about photographing it, Darty knows a thousand times more about surfing it.

Every evening I setup the camera rig, regardless of the weather and swell. If the surf was nothing but a howling onshore mess, we would still be in the water, just in case it glassed off. I had three weeks booked on the boat and time started ticking away. We were getting shots, but not the ones we had come for.

The decision was then made to double our usable time. We would photograph every morning as well as every evening. For the next two weeks we were awake at 4:00 a.m. and in the water shortly thereafter. By the second week of the charter, we knew we were getting somewhere. We  finally had our first result. The photograph was the first real keeper, but still it was not 100 percent perfect. There was a tiny amount of splash in front of Darty’s face. The conversation of retouching the image to remove the splash was brought up and promptly dismissed. We would keep trying.

I got out my sketchbook and nutted out a few technical details and immediately something became obvious. This idea, this way of photographing was very much in its infancy. If my initial forays in water flash photography over the previous years had been the first chapter of a book, then this trip to PNG was only chapter two. We still have the rest of the book to write, and the excitement was tangible.

To explain why I wanted to keep going, it’s easiest to relay a conversation that happened in the surf one morning between Darty and me. We were both exhausted. I had been up burning the candle at both ends for several days in a row, when, in the half light of morning, Darty pulled into an epic tube and I got a single frame off that looked like the timing and light was right. Darty smiled and said, “How ridiculous are our lives. We’re both at work right now!” As I set up for the next shot, floating in the 30-degree water as the sun started to break the horizon, I laughed to myself and realized that it really didn’t matter if we didn’t get the shot that day. Both of us were having so much fun that we were going to keep trying no matter what.

When the three-week stint on the PNG Explorer came to a close, we were all just chilling out. The idea of retouching the small splash out of the best image we had managed to achieve was bought up, and again it was dismissed. I feel that if I went down that path I would be robbing my audience of an amazing story and cheating the “one in a million shot.” But more importantly, I would be robbing myself of the opportunity to go back and try again.