The Miracles, Blessings, and Sins of Nias Island’s Lagundri Bay 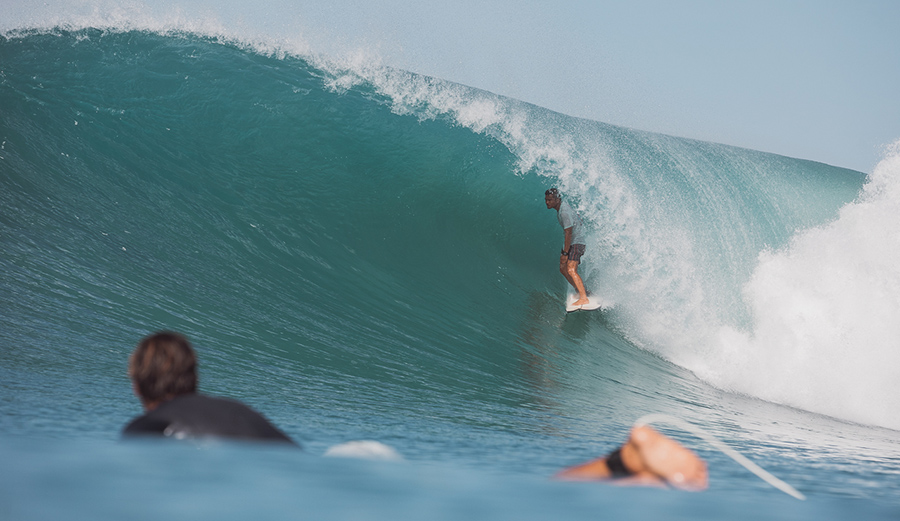 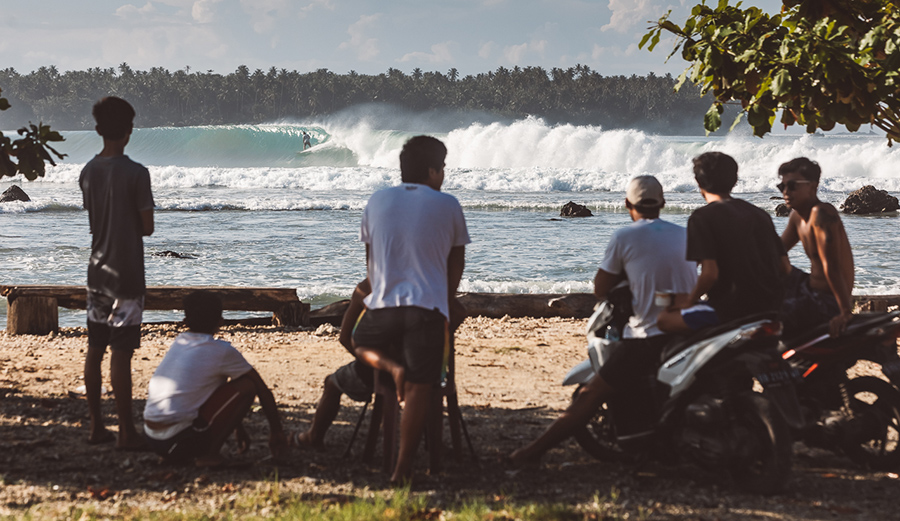 The locals have been very successful in protesting the Government planned roadway that would jut out just past that first line of whitewater, changing the wave and its troubled surf culture forever. Photos: Jenya Ivkov 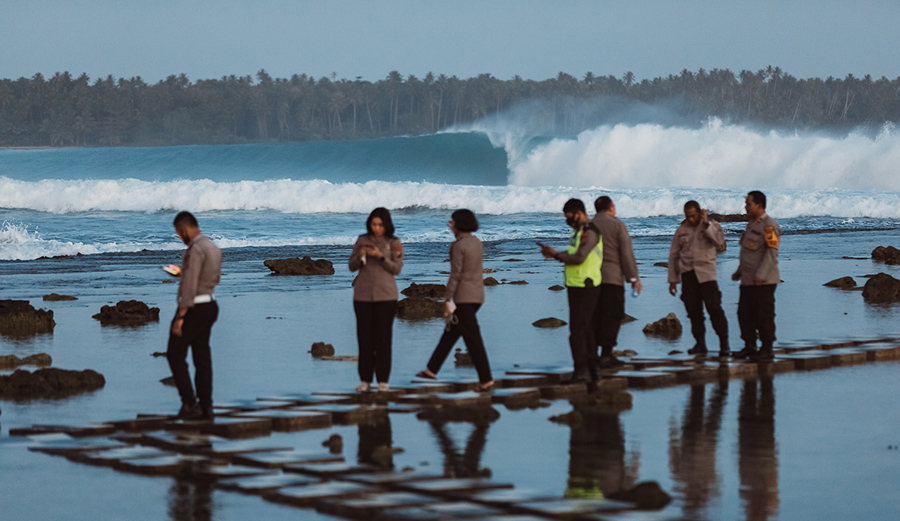 Finally attracting the attention of the government in 2019 but not its understanding of surfing, officials designated Lagundri Bay a “tourist recreation area” and quickly made plans to to bury the reef under a cement roadway that would destroy the wave. Local protests have slowed the project. 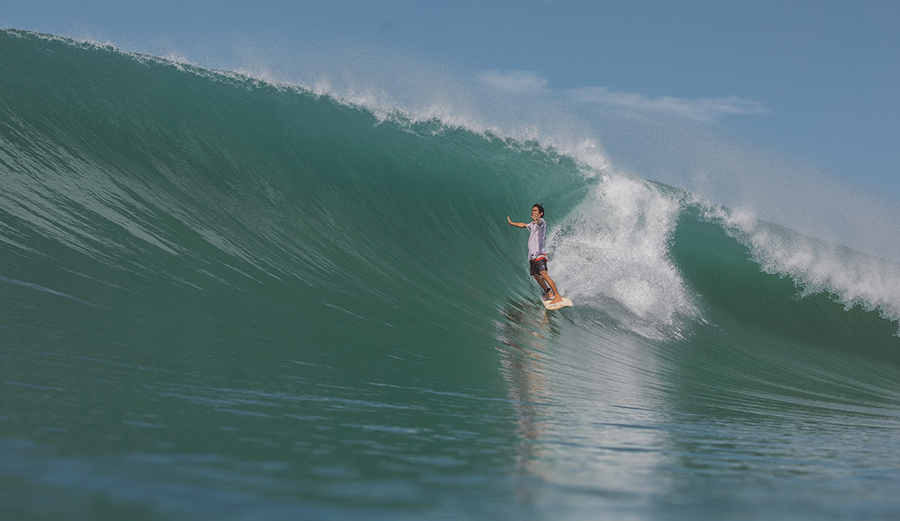 Herbert Wau, holding down his side of the family bargain. 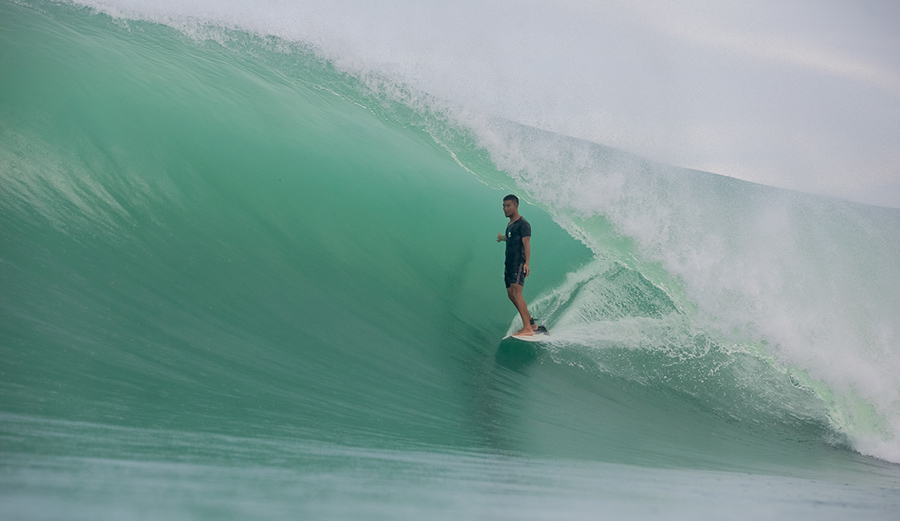 Having graduated from the broken boards left behind by visitors to the high performance boards of today, the Lagundri locals have developed a distinctive, confident style influenced by their traditional dance. Many of the locals who are born goofyfoot have been able to train themselves to switch foot with ease. Irawan Wau, here, takes advantage of the luck of being born a regular foot every time the wave breaks. 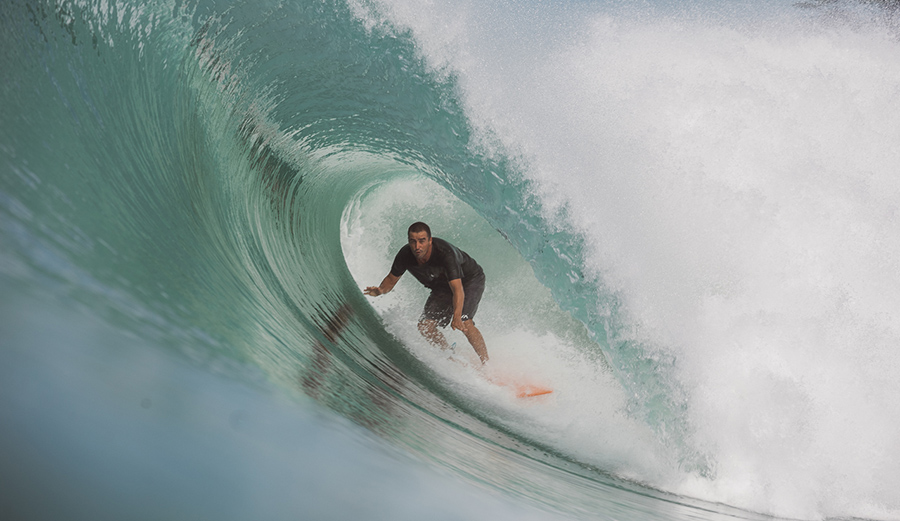 Although the surfing world sees Lagundri Bay only when it’s pumping, its exposed location on the southern tip of Nias Island ensures its reputation as one of the most consistent waves in Indonesia. Even on an average day the place can still blow your socks off. Ivan Fominykh, here, having navigated the politics of this local lineup, finds himself in the kind of barrel that drove him here in the first place. 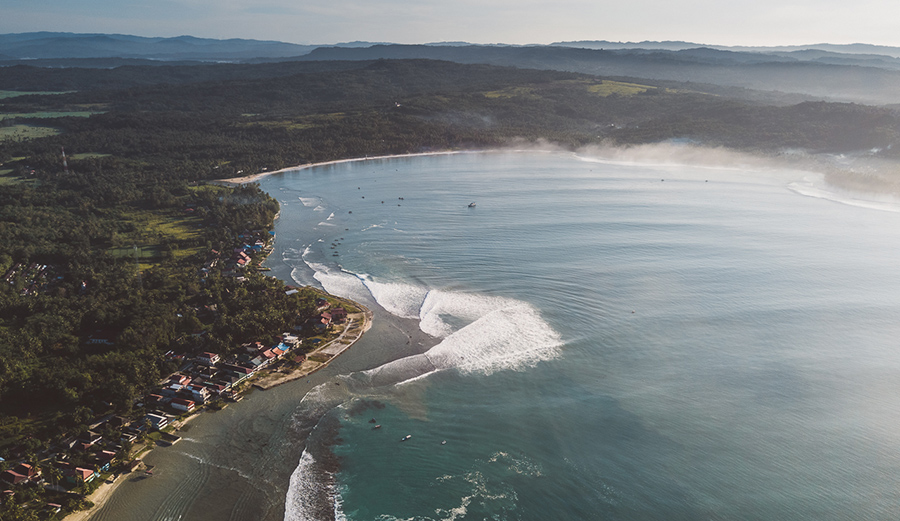 Strangely, after all these years, very little of Nias has been explored. Lagundri Bay stops most surfers cold. New discoveries await within her myriad bays. 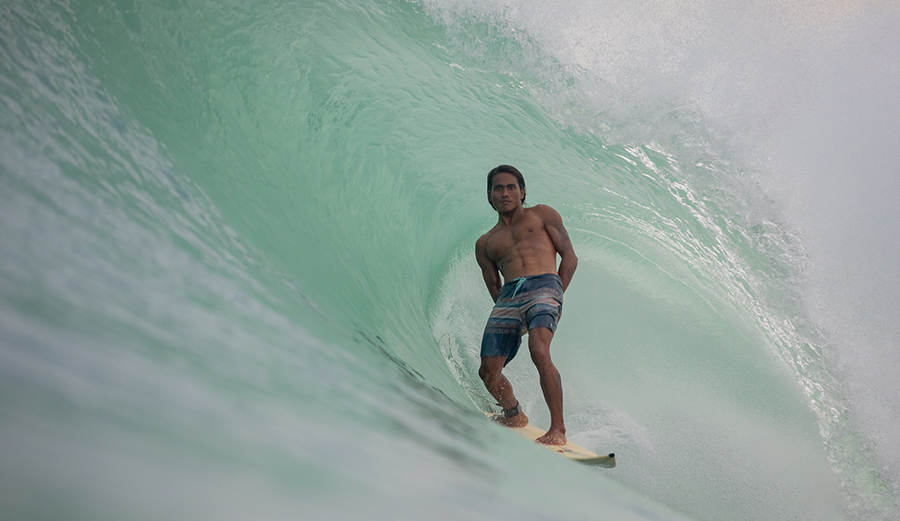 Yoza Zagoto, a local hotshot, strikes a pose. He personifies the intimate relationship the locals share with this extraordinary wave.

Once known by scientists as a good place to study deadly tropical diseases, Nias Island off Sumatra also happens to have a magical wave that pours with machine-like precision into an unspoiled palm-lined bay named Lagundri. A wave that, all on its own, fueled the early surf travel fantasy of Indonesia like no other possibly could. A wave so picturesque, so dreamy, that surfers have risked cerebral malaria, dengue fever, Cikengunya, leprosy, elephantiasis and even getting beheaded just to surf it.

It’s not the wave that will kill you. It’s the jungle. Back in 1975, Lagundri Bay was first ridden by John Geisel and Kevin Lovett. Geisel paid for it with his life, the Nias Island strain of Cerebral Malaria being one of the deadliest in the world. Geisel hung on for nine months before closing his eyes for the last time. Another surfer was rumored to have had his head lopped off not long after, apparently falling afoul of the last headhunting tribe on the island. 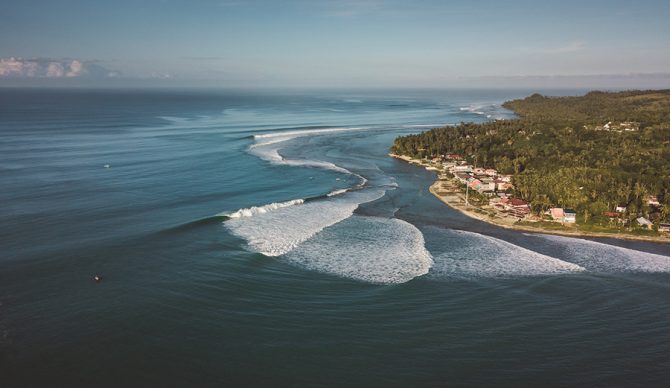 The wave itself has also claimed a number of lives. Fishermen, women, kids. Mostly unrecorded. And Lagundri Bay has been raked by two of the most devastating Tsunami’s in modern history. Despite this, for the past 46 years surfers have never stopped answering her call. Just the daydream of Lagundri Bay’s silky, flawless, right-breaking wave nestled in an exotic Indian Ocean bay has distracted surfers in classrooms around the world for decades as they scrawled renderings of this astonishing site in the margins of their classwork. Nias has created indelible images in the minds of any surfer who’s come across so much as a single photo of Lagundri Bay. A perfect set up to mind surf, inspiring thousands to make the pilgrimage.

So many in fact that by the late 1980s, with its local home stays jammed to capacity, it was described by longtime visitor Peter Reeves in this manner: “The magic was gone, Lagundri had turned into an eroded, polluted, nightmare.” And it was the truth. With no thought toward any sustainable tourism, the people of Lagundri Bay met demand with total disregard to the environment as they turned from sweet potatoes and harvested instead the fat wallets of the tall, broad-shouldered visitors. Inevitably, a brothel sprung up. Then came the drugs. The wave was no longer just a menace to the village fisherman. The breaking wave was now a goldmine to the villagers, complete with its own hollow shafts that could be mined into vast riches. 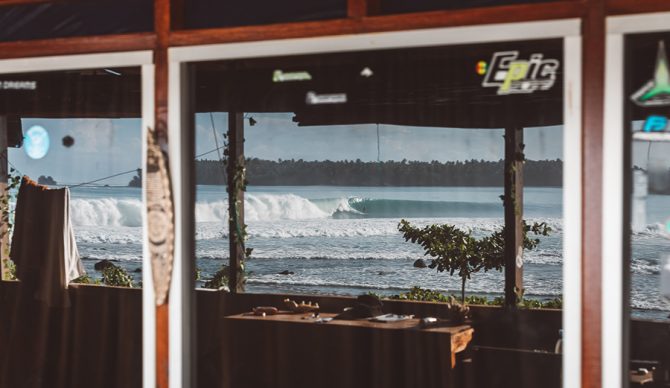 A reflection, shot in the window of one of the many beach-front surf shops, reveals the goofy-foot fantasy that can never be. Photos: Jenya Ivkov

The place was hammered by the 2004 Boxing Day Tsunami, the surf settlement wiped clean off the earth by the “wrath of the Gods.” The locals just built it back up to its same state as the surfers filtered back in. A second Tsunami came steaming around the corner of the small bay in 2006, washing over the reef and wiping out the entire surfing settlement once again. This second seismic event also changed the reef itself as well as the wave. The massive upheaval actually loosened up many of the thousands of small underwater joints that make up the extremely active Sunda Strait Subduction zone, of which the Lagundri reef sits squarely on top of. And since 2006, the reef at Lagundri Bay has more resembled a waterbed. Slightly changing its characteristics daily with only the true locals holding the key to its moods and undulating bathymetry. Here, in 2006, was a second chance to rebuild more responsibly. But this was just too much to ask. Lagundri Bay’s sin city rose again. An environmental and moral disaster.

Today she still remains a siren’s call. Astonishing, considering that the reef at Lagundri Bay is no larger than an average children’s playground. You could kick a football from one end to the other. So why does this tiny crescent of reef beckon our entire surfing world? Because of what happens over that reef and nothing more – the spinning hole of water that haunts our dreams. Because that wave is perfection in our world and maybe we can be perfect there too, all it takes is running away from home to where the strangeness beckons and a man can lose himself and find something beyond him as well. Because maybe, just maybe, forgiven of all her perils and sins, this wave is a kind of home too.