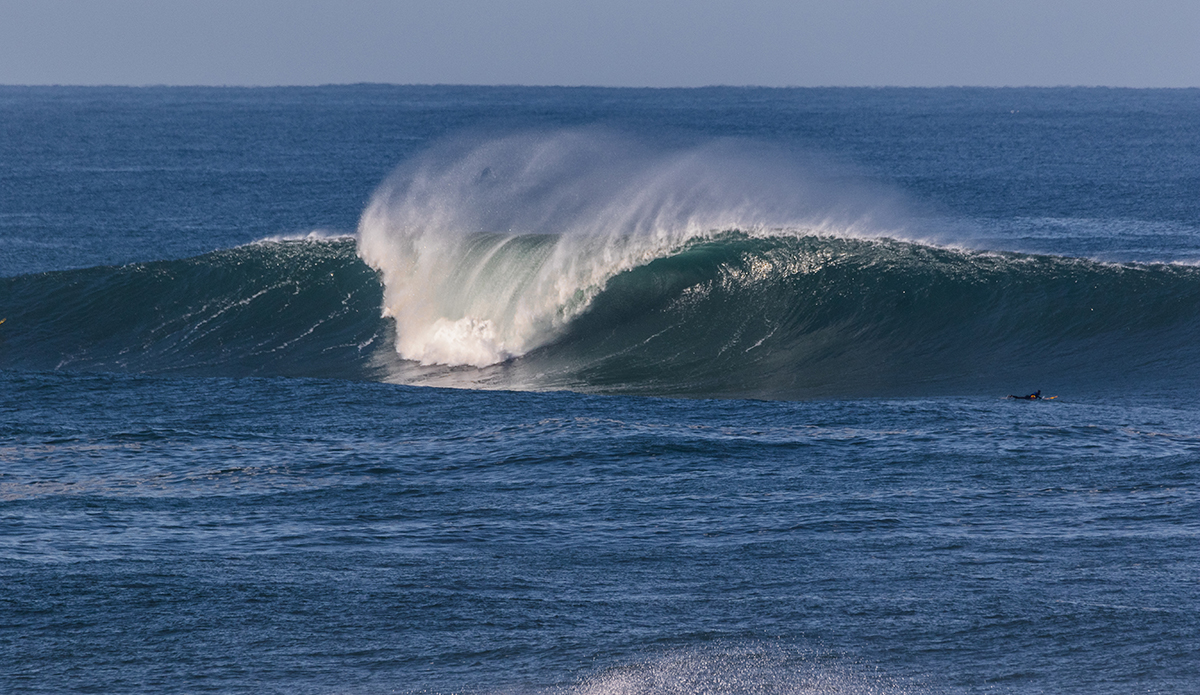 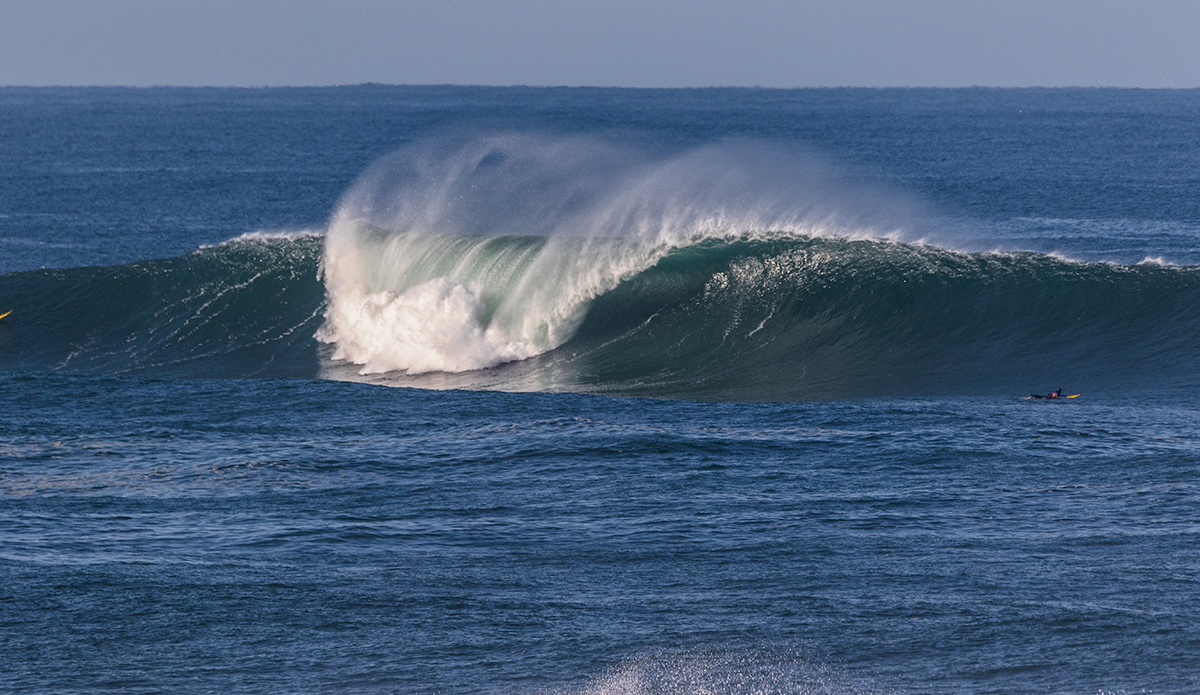 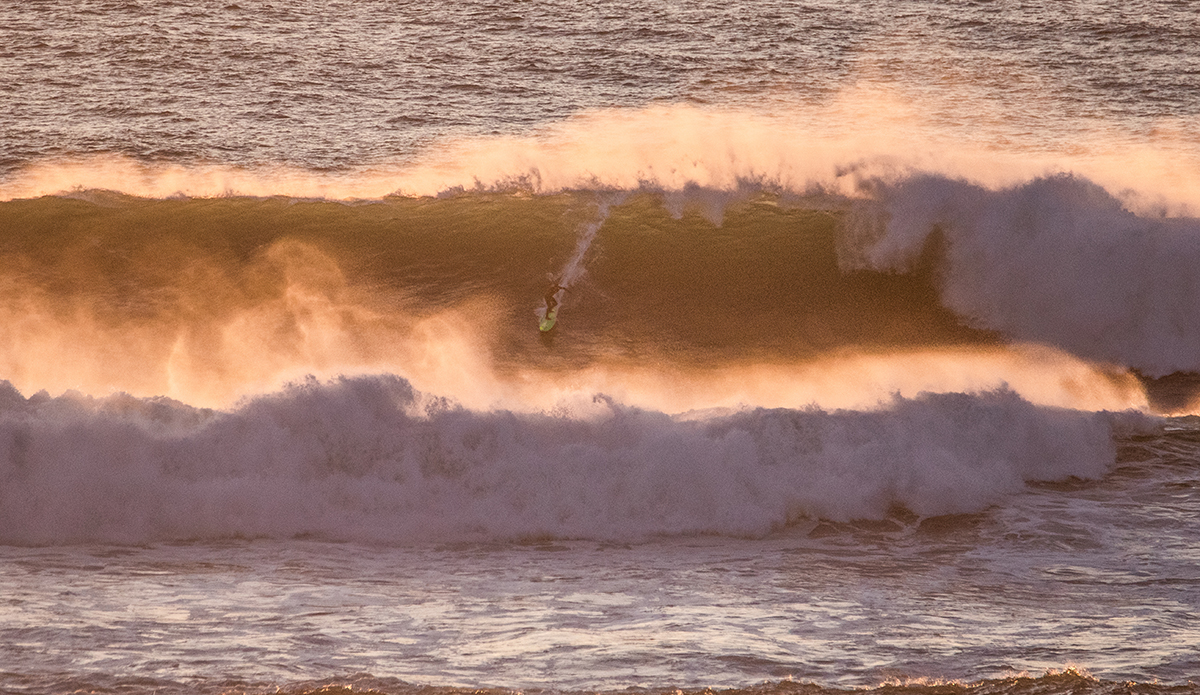 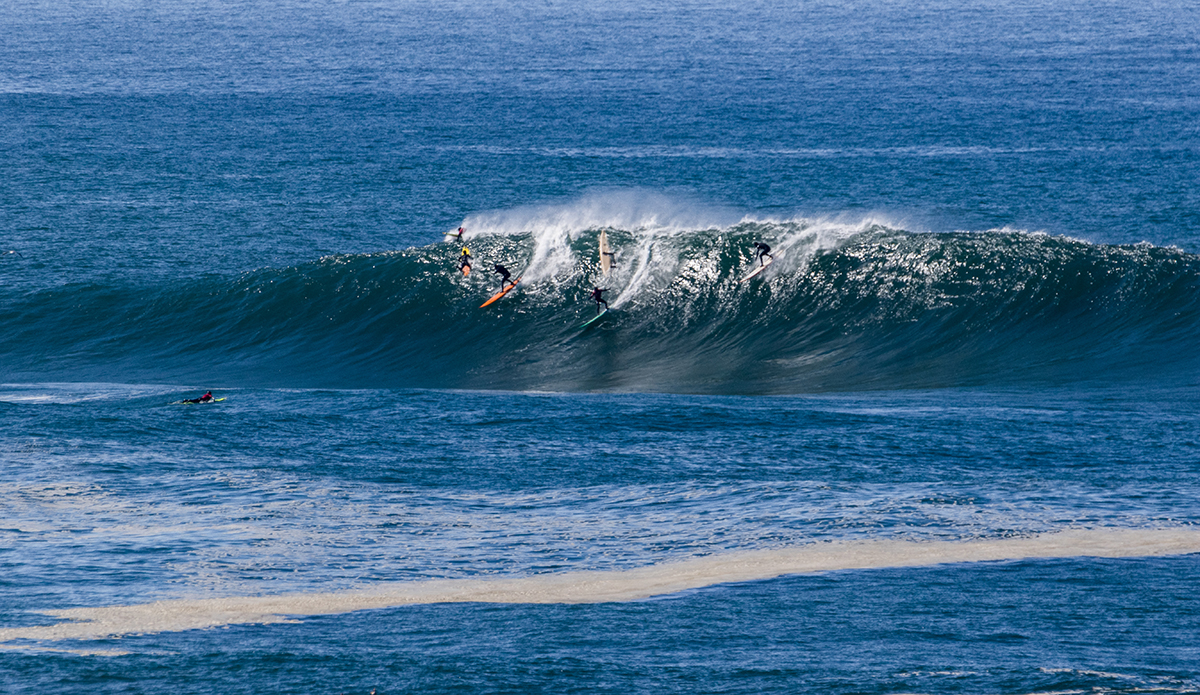 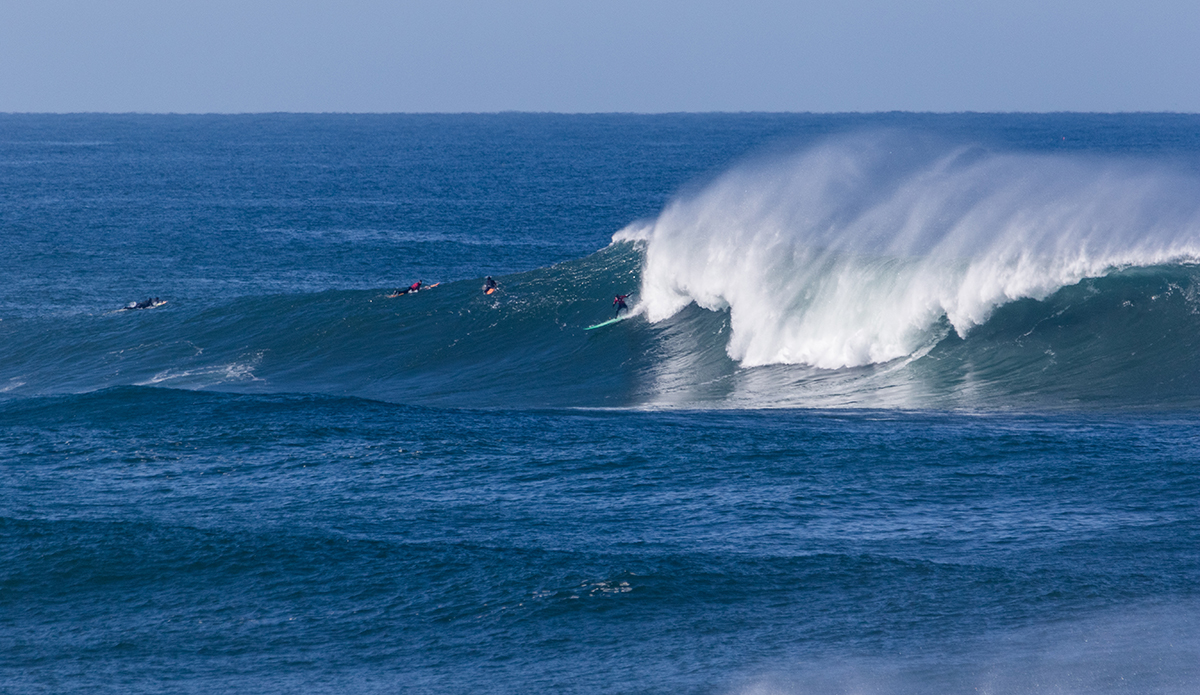 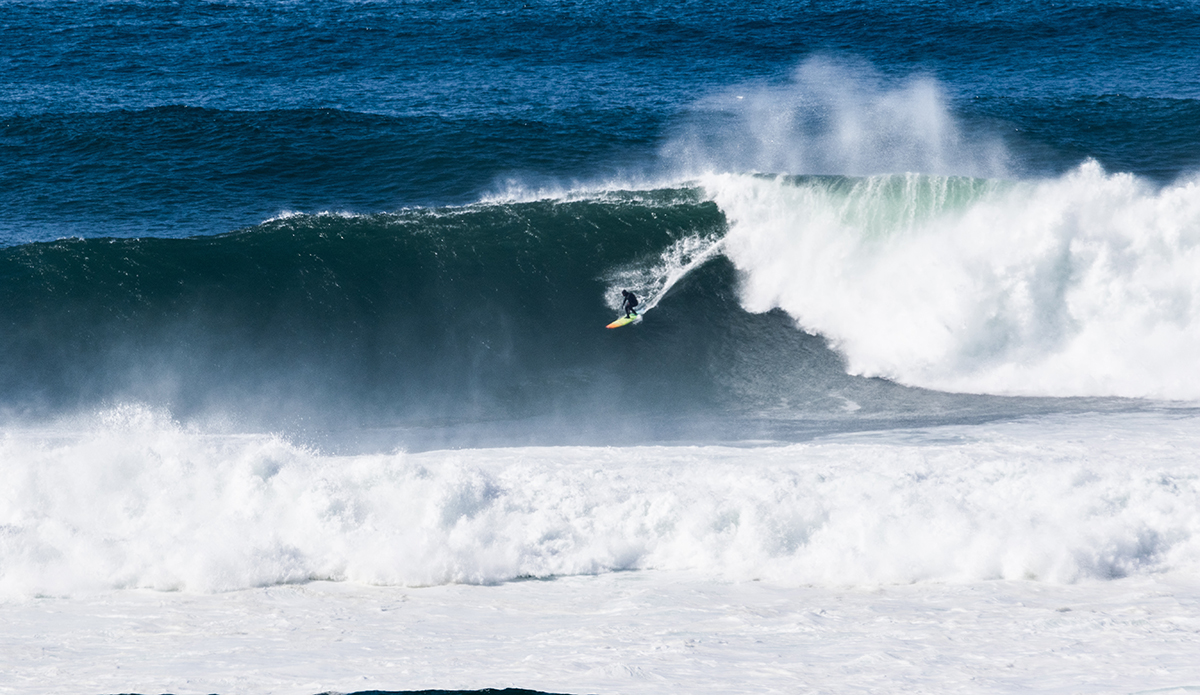 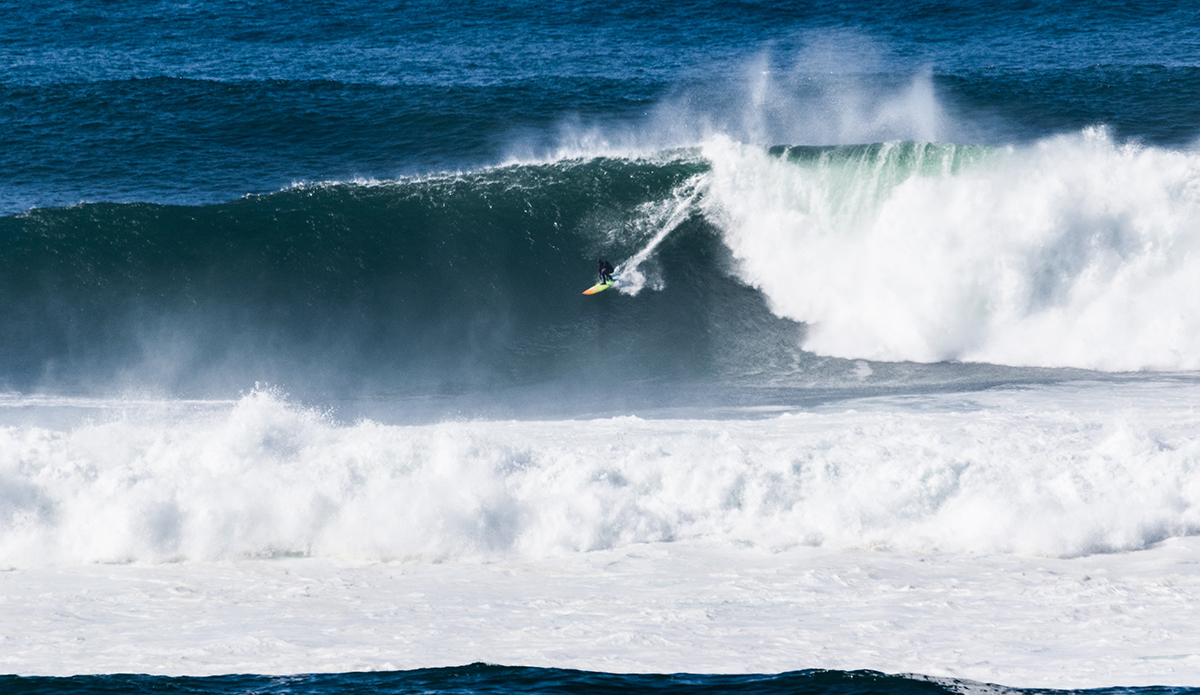 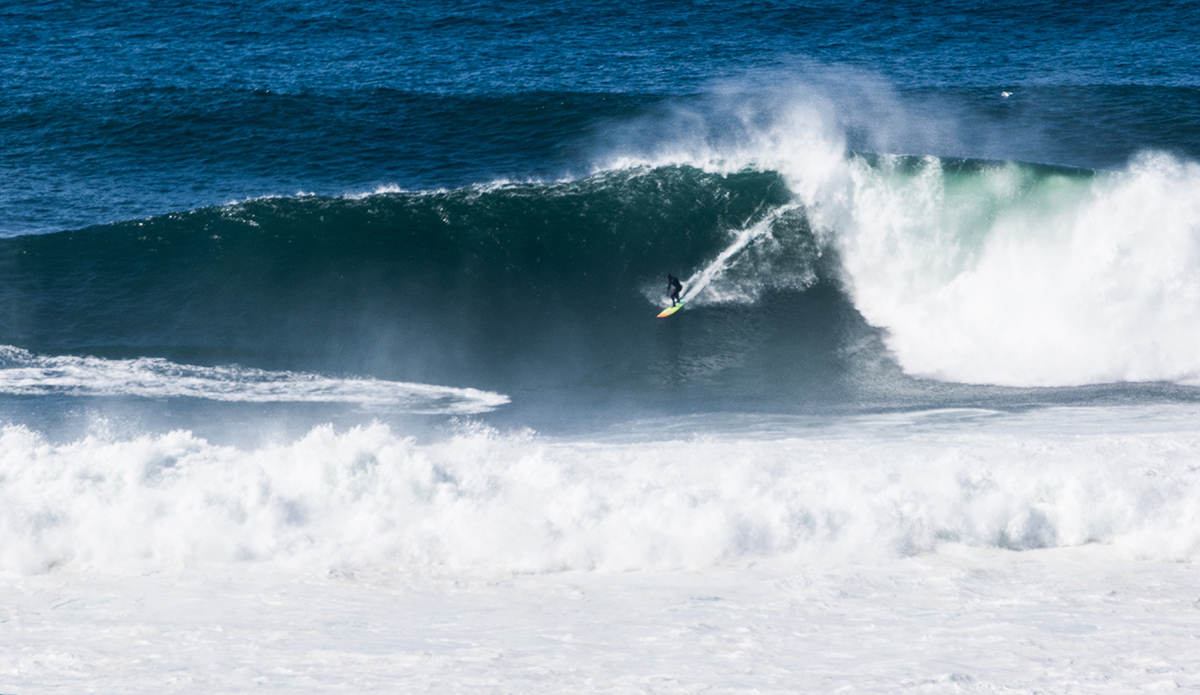 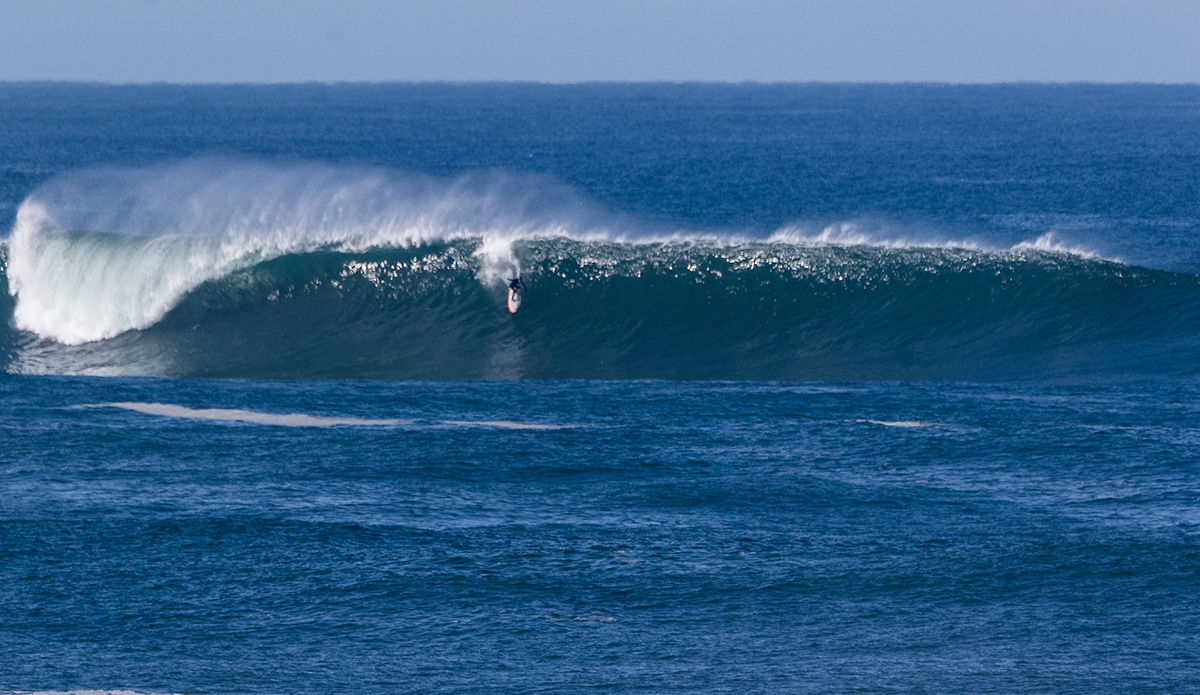 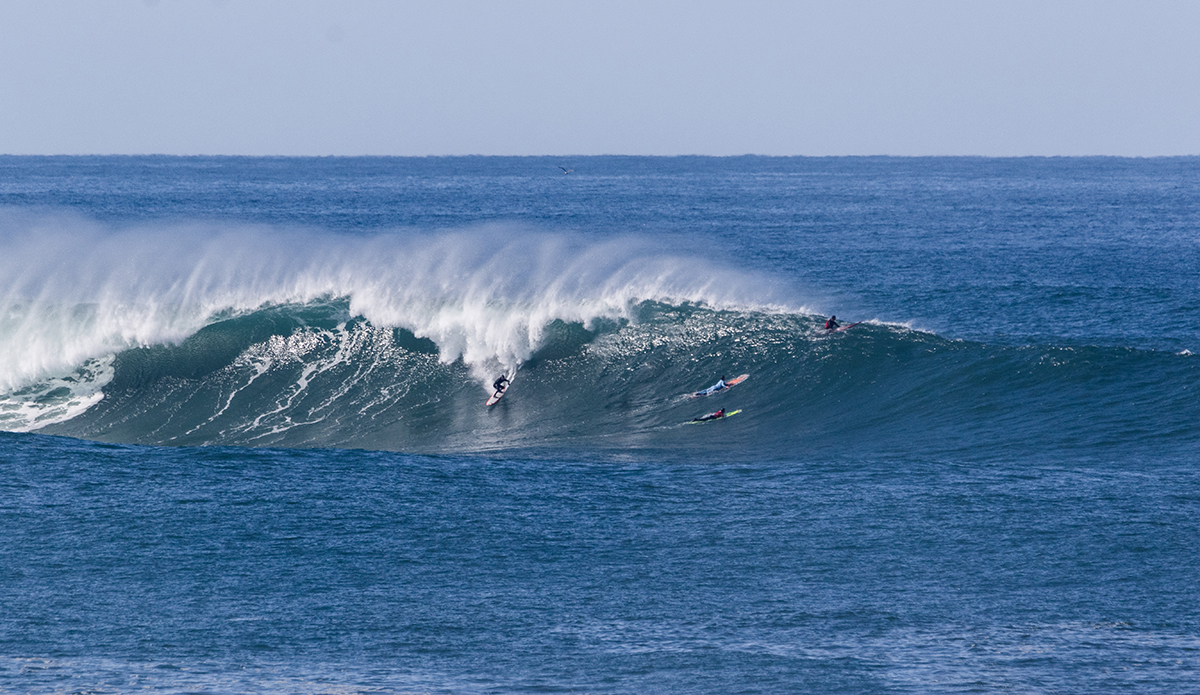 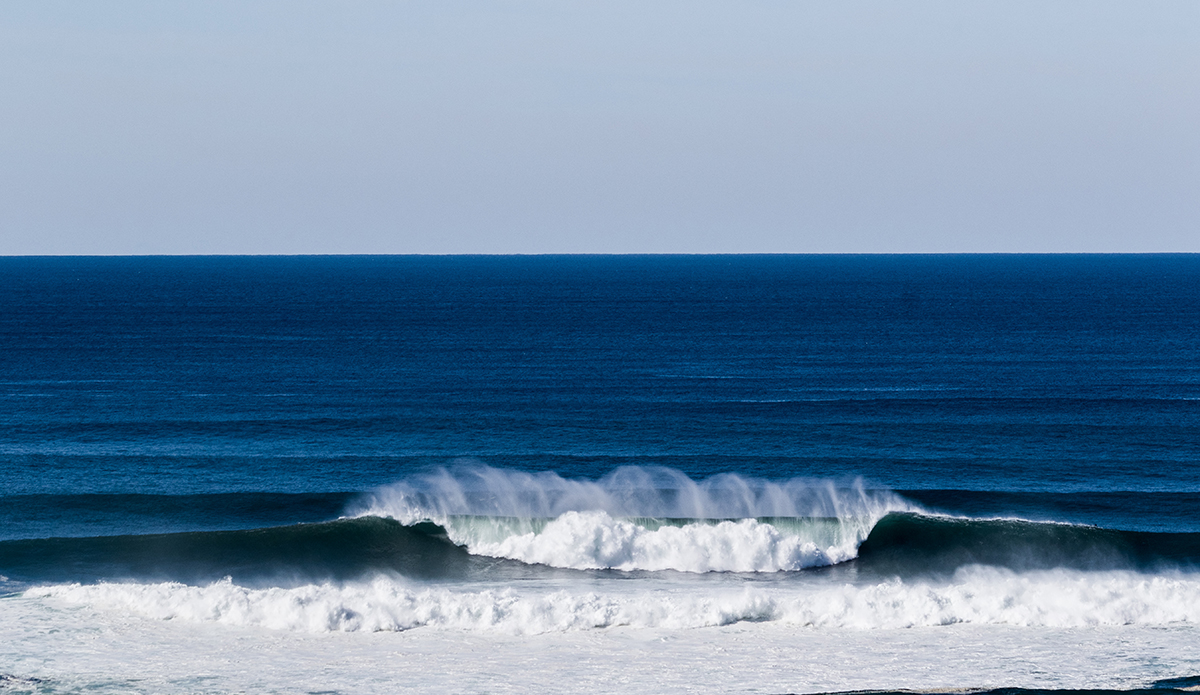 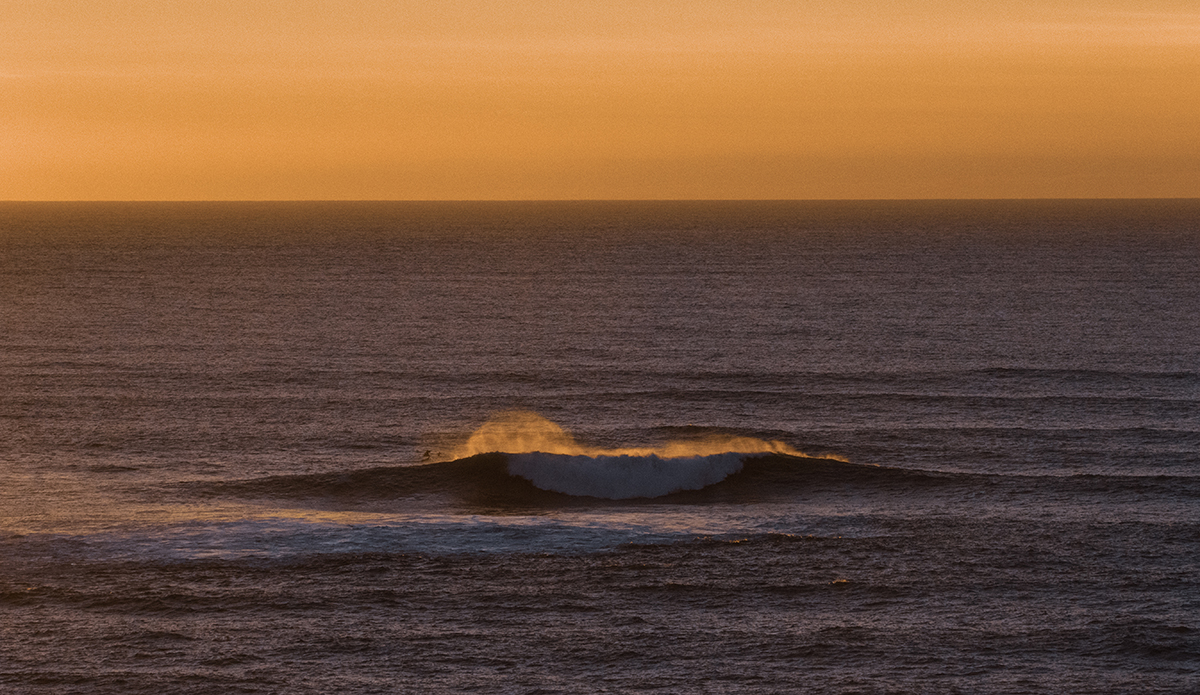 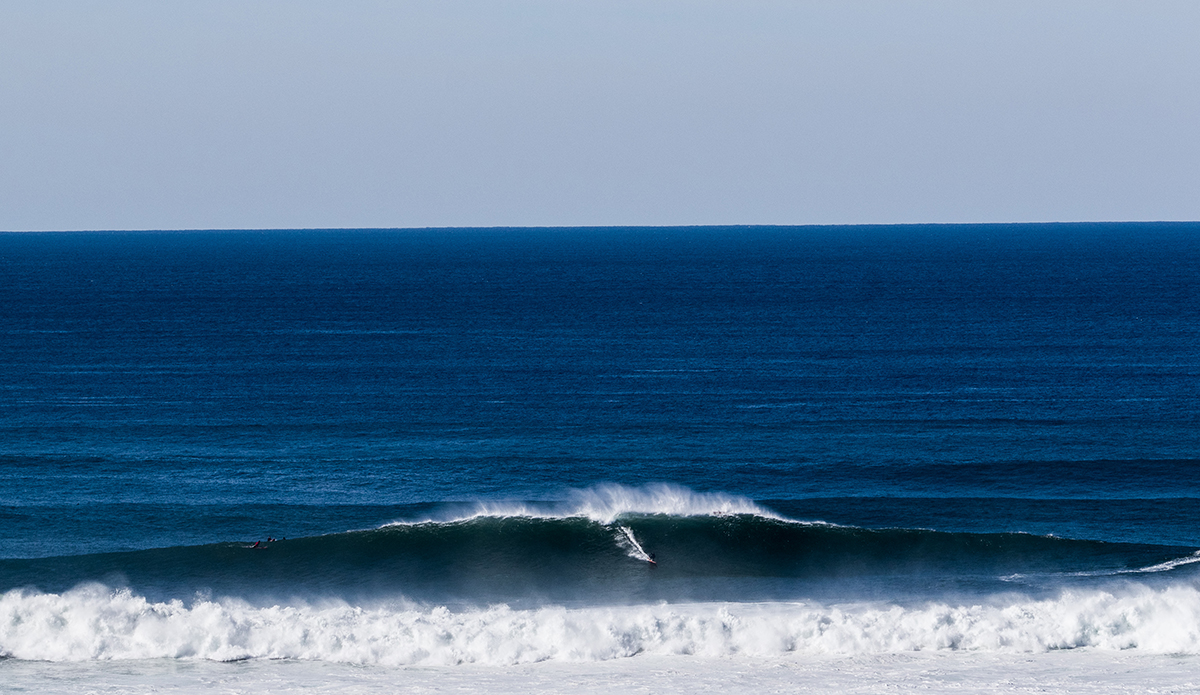 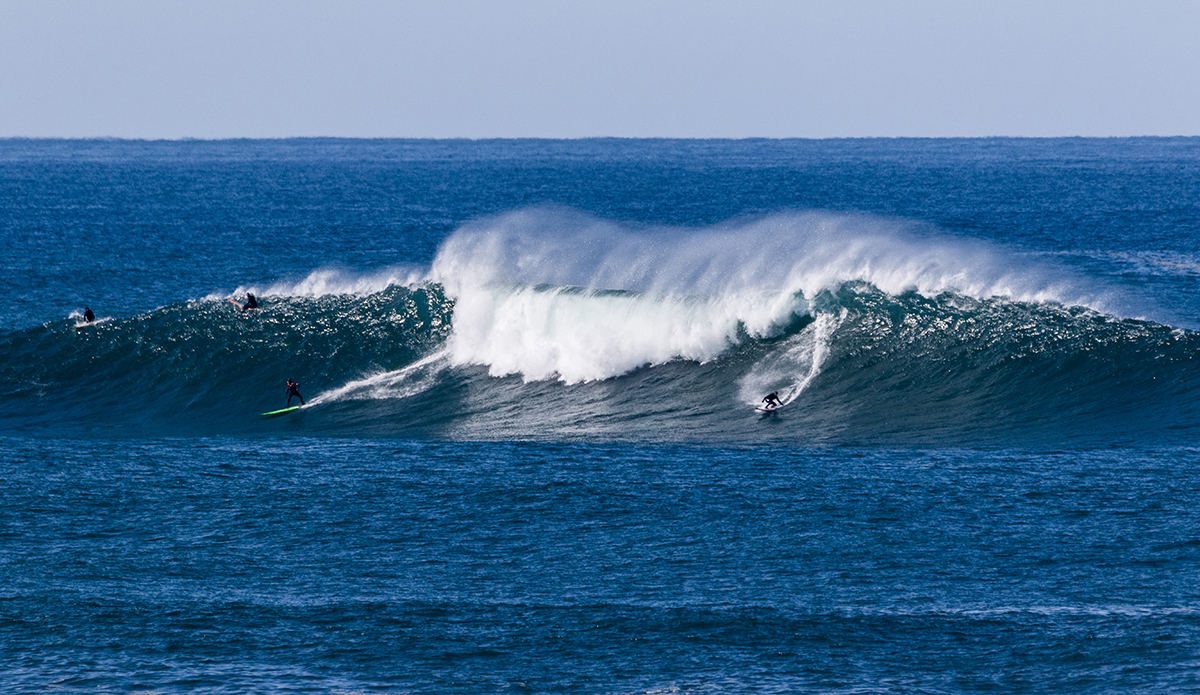 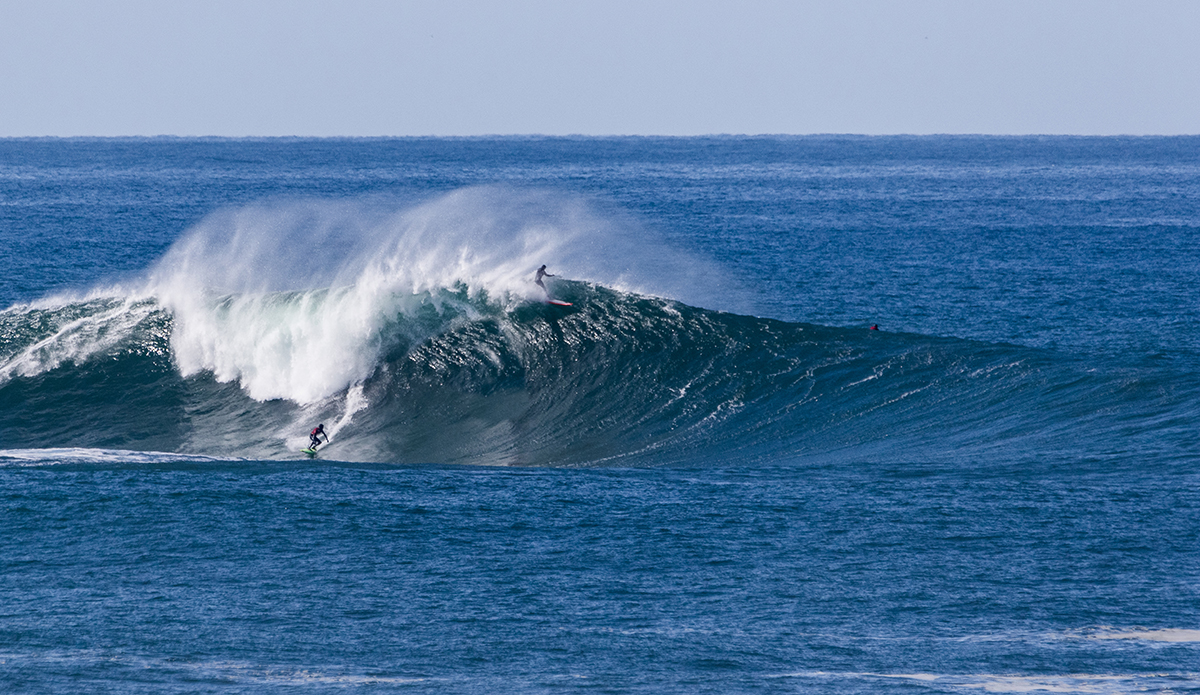 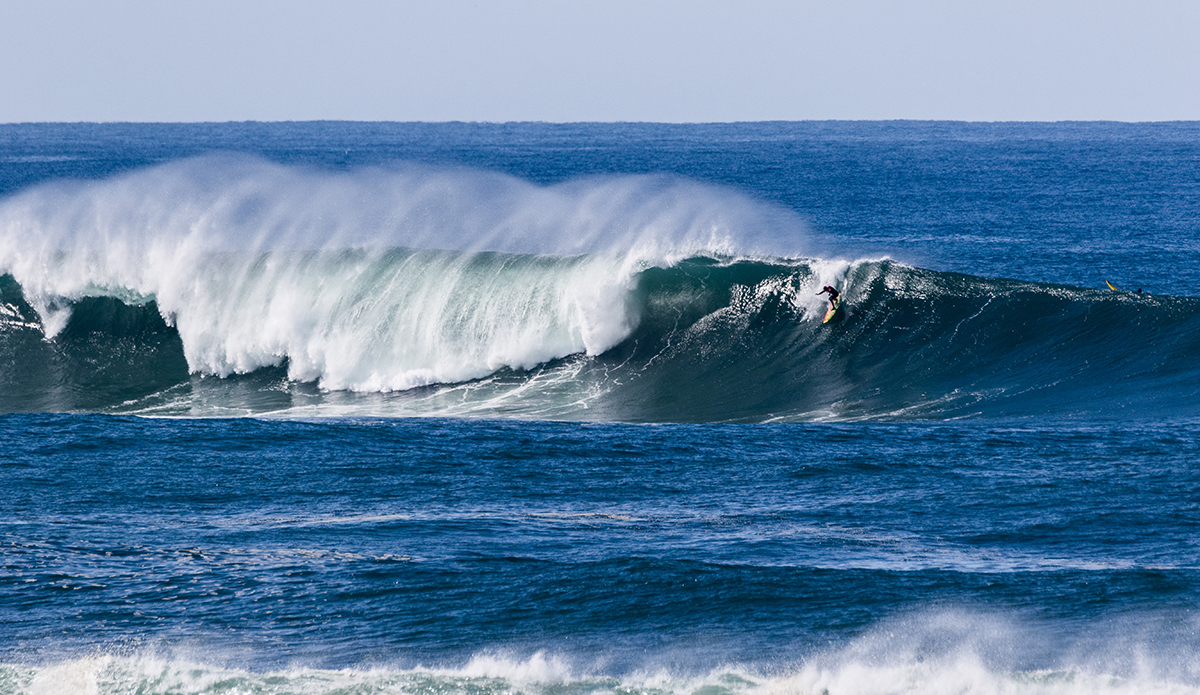 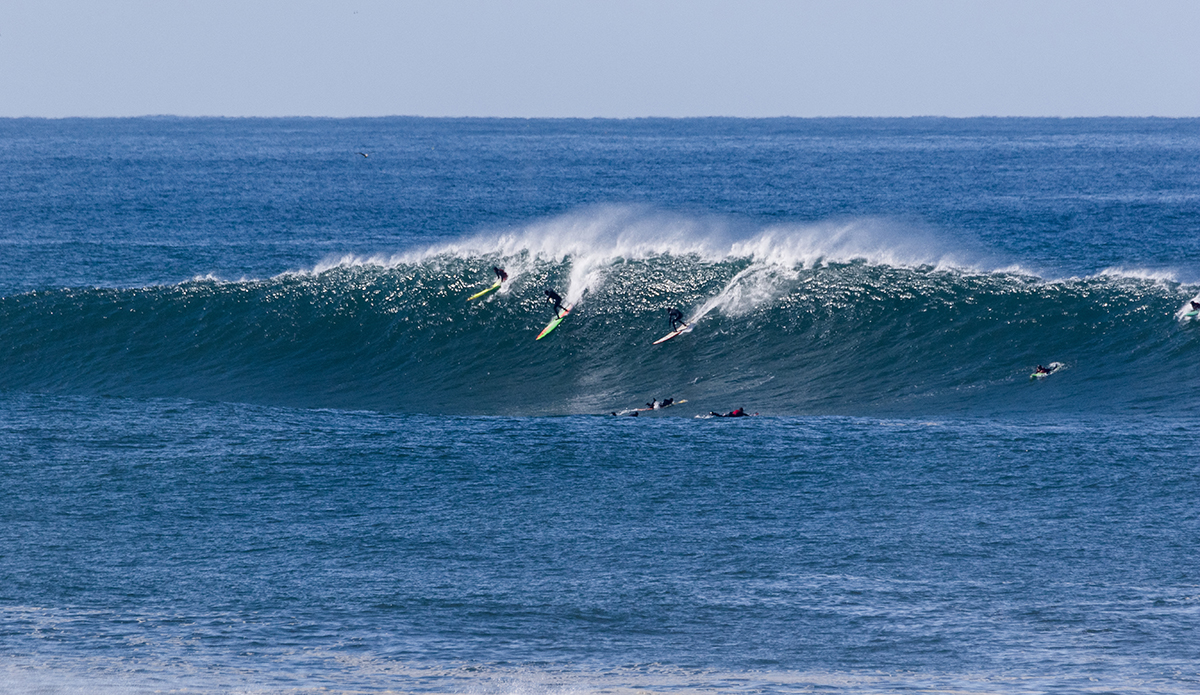 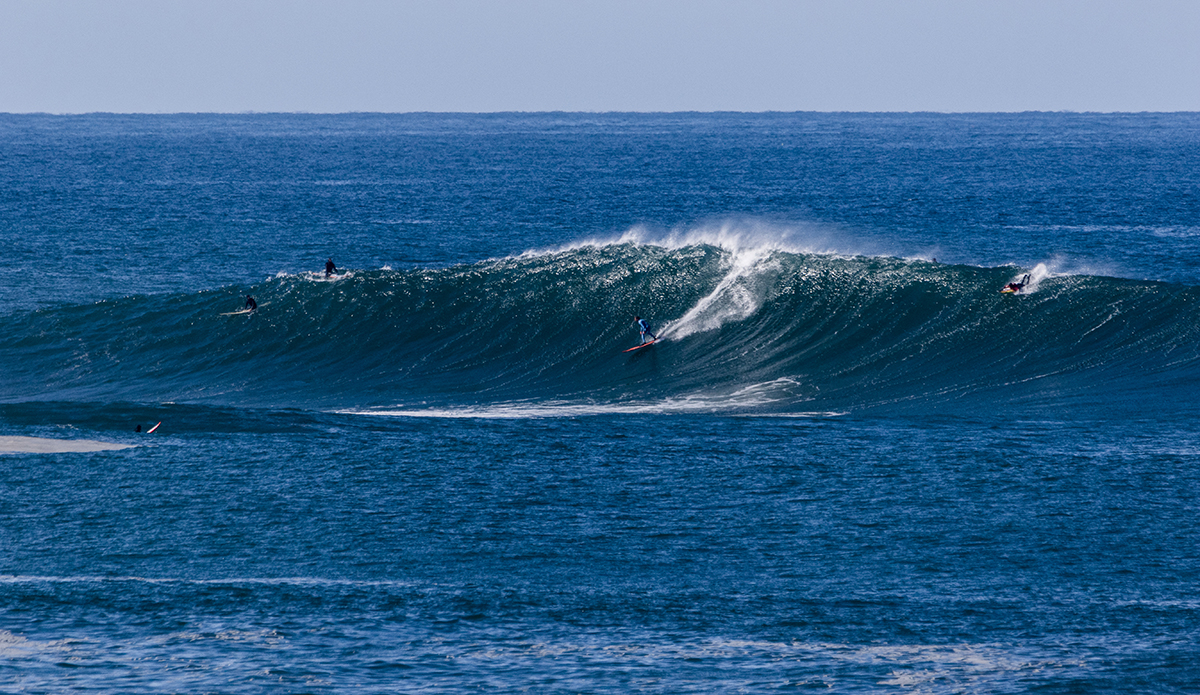 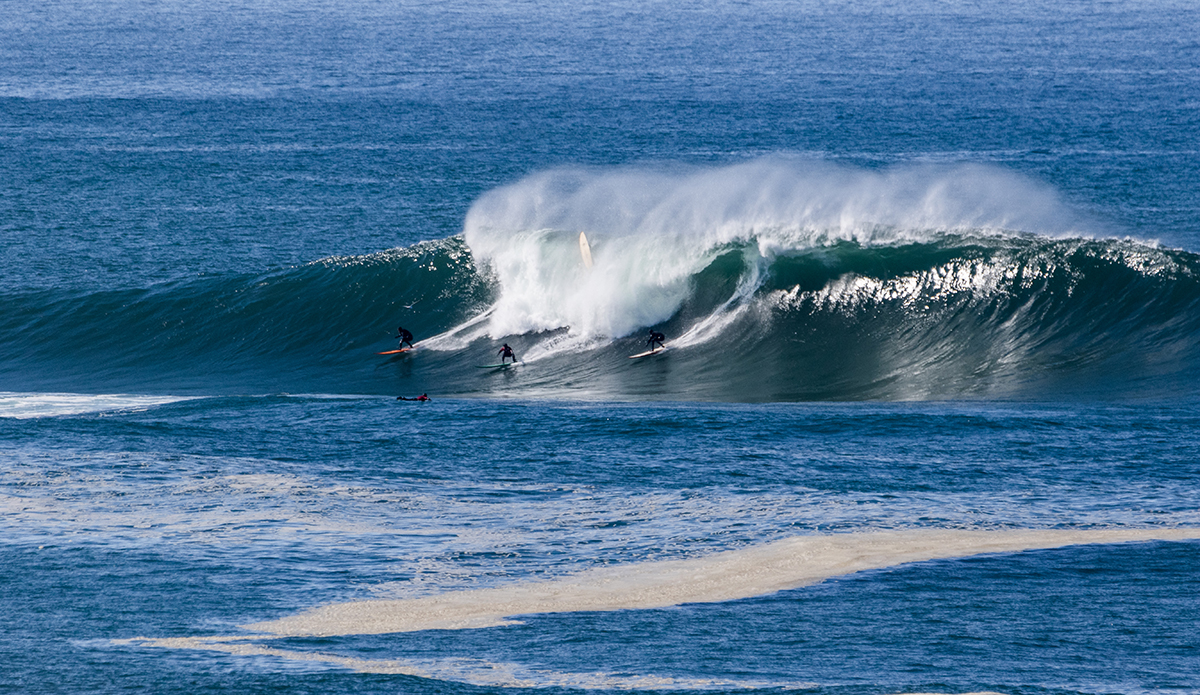 With swell on tap and cold waters starting to stir, more than two dozen big wave surfers traveled to Lincoln City, Oregon for the Nelscott Reef Pro. Some questioned if the swell was going to be big enough for the reef to break, and in turn, questioned the green light for the contest. Still, 24 men and four women, including Jojo Roper, Bianca Valenti, Nic Lamb, and more packed the warmest of suits and made the trek to the Pacific Northwest.

“I got called 72 hours before the event,” said competitor Kieran Anderson, who actually brought me to the contest. “There was so much hate and drama leading up to this event. I got told not to do it because the new event would suck but I was promised a 10k purse and a place to stay plus food, so I was in. Conditions looked insane for rad beach break barrels but the swell did not seem that promising for the reef. I watched it consistently for two days and finally pulled the trigger.”

The riders’ meeting the night before was something that definitely set the contest apart from others. With that $10,000 prize purse on the line, competitors decided five thousand would go to the men and five thousand would go to the women to create a friendlier vibe in the lineup. According to a lot of the surfers, it actually did work and created an atmosphere that helped them focus on their surfing instead of just competing. There were no heats and no jerseys, and unlike most surf competitions, the day was composed of a co-ed expression session where the surfers themselves ultimately decided on the final results at the end of the day.

The morning was filled with solid surf, heavy drops, and one of the most crowded lineups Nelscott Reef has ever seen. Locals said that it was the most people they’d ever seen out on the wave at once. At the end of the day, everyone gathered around and checked over the final photos and video to review who was taking home bragging rights. Jojo Roper won on the men’s side with what was by far the best right of the day while a three-way tie in second consisted of Anthony Tashnick, Jomo Hardeman, and Nic Lamb, followed by Chris Mumford in third. For the ladies, Hawaii’s Emi Erickson took first place, second place went to Bianca Valenti while Raquel Heckert finished in third.

To Kieran, the peer-judging aspect set the contest apart from others. “We sat in a house for hours watching each other’s waves and all agreed on everything,” he said. “It was just sick. It was about bringing each other together, having fun, and then deciding who ‘won’ that session at the end. It’s not a heat-winning contest. Don’t get stressed just send it with the girls and the boys and have fun. The vibes where high and that’s how surfing is supposed to be.”