The NJ Ice Bucket Challenge: This Is Our Life 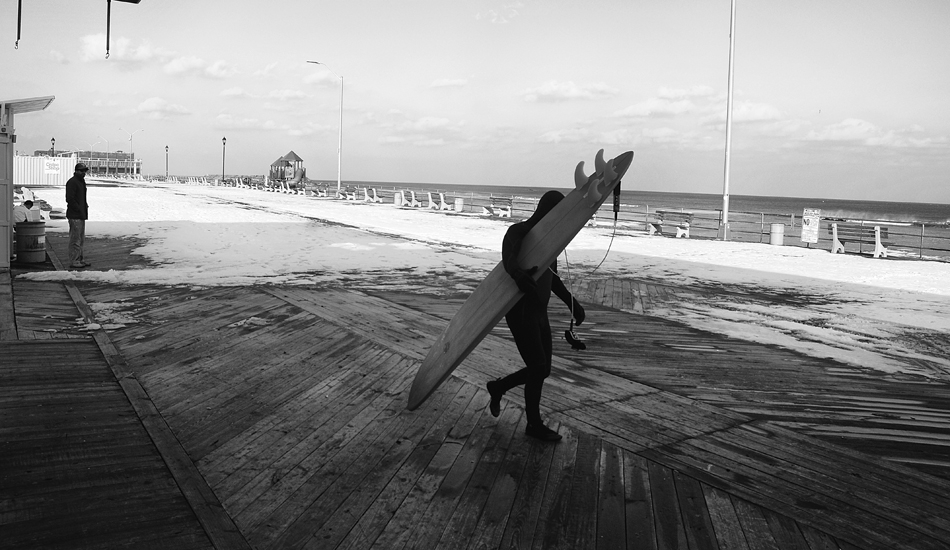 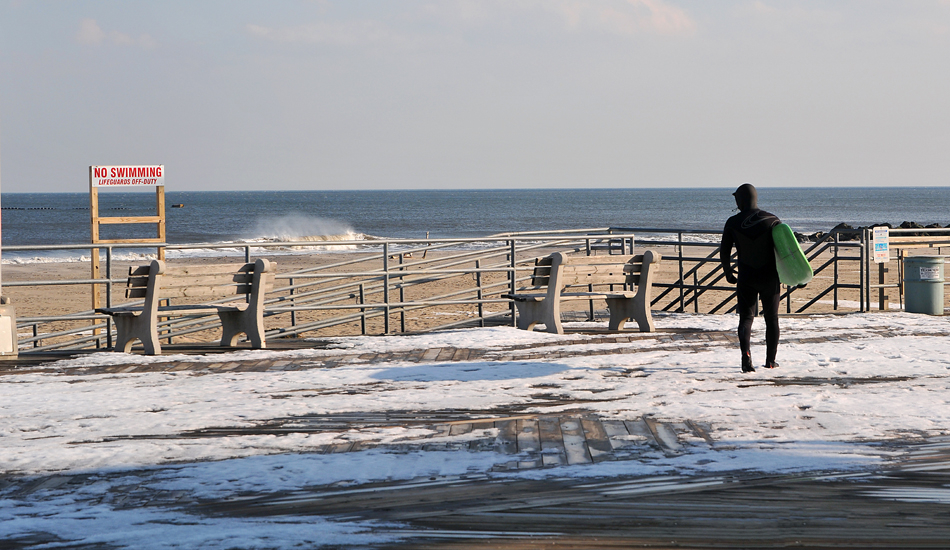 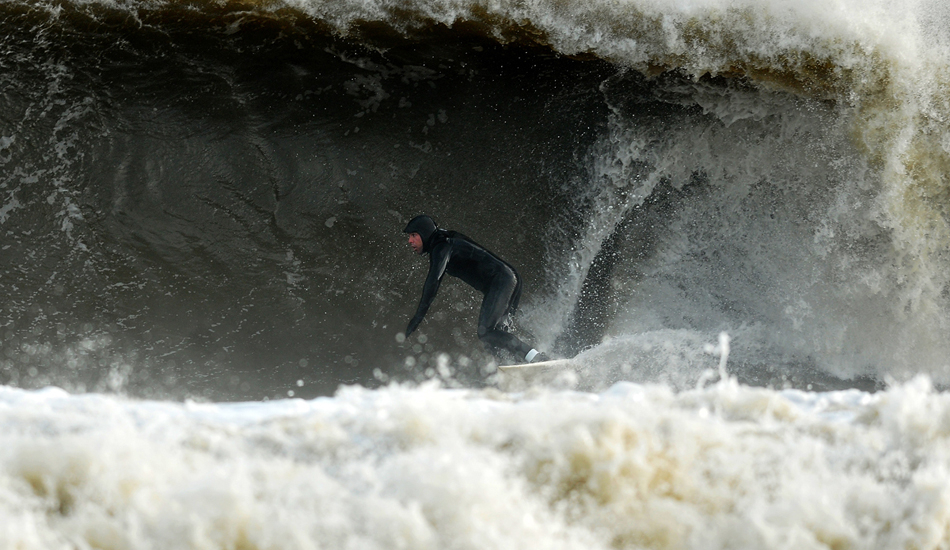 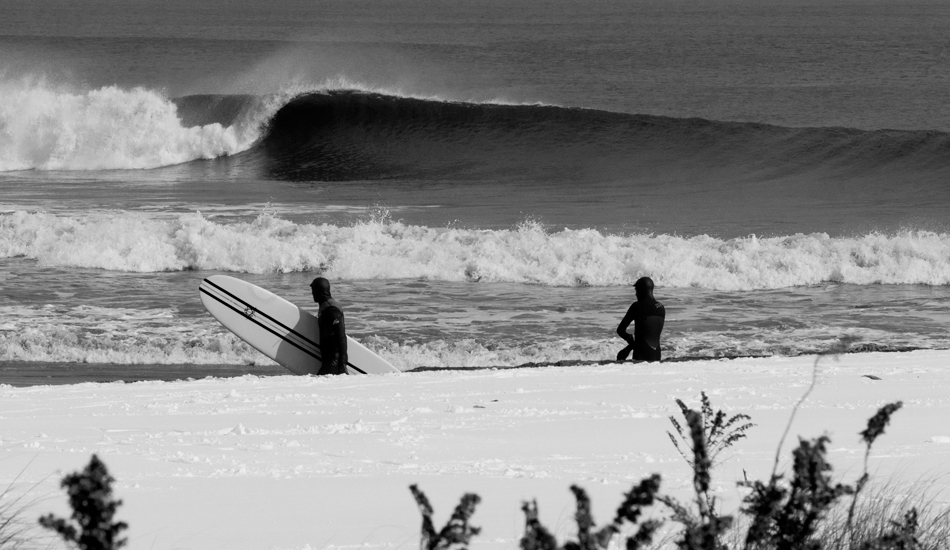 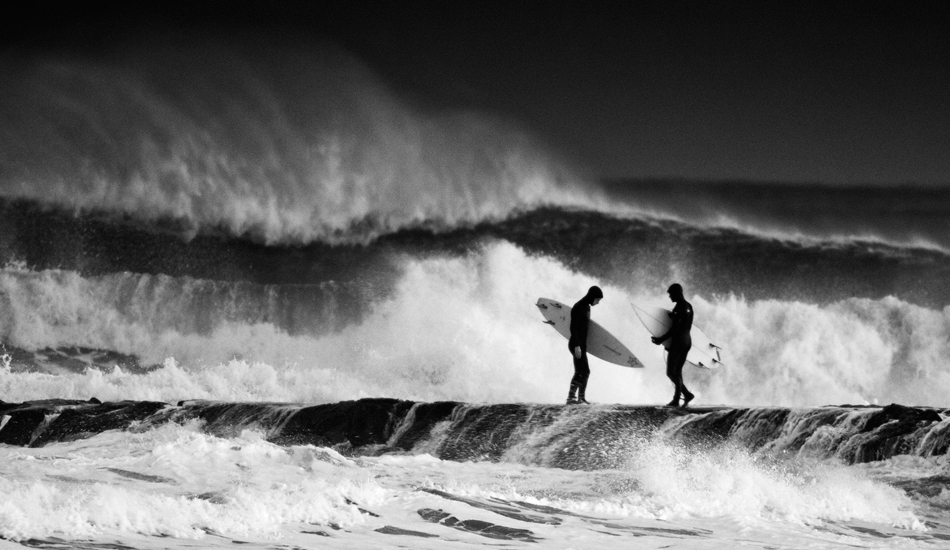 "Tell me again how we are supposed to get out there?" Classic New Jersey winter swell. Photo: Bobby Siliato 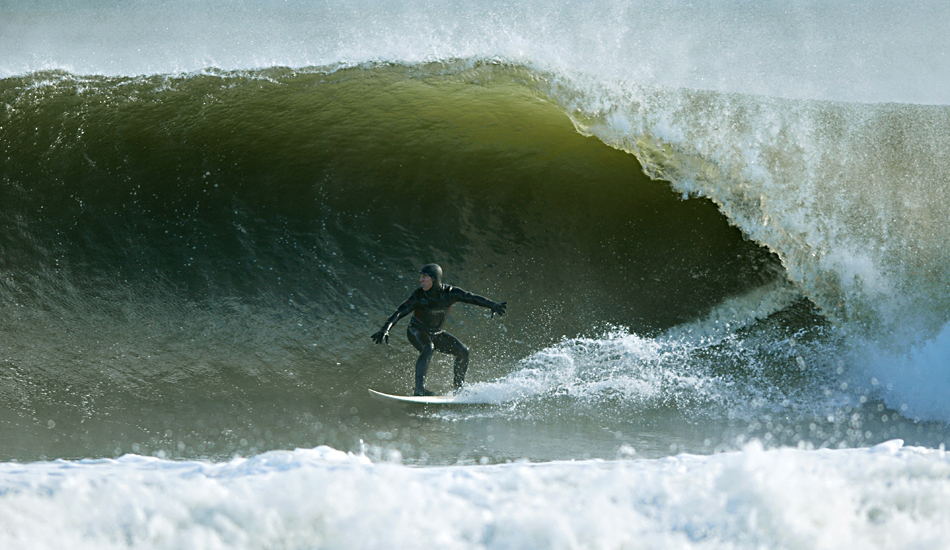 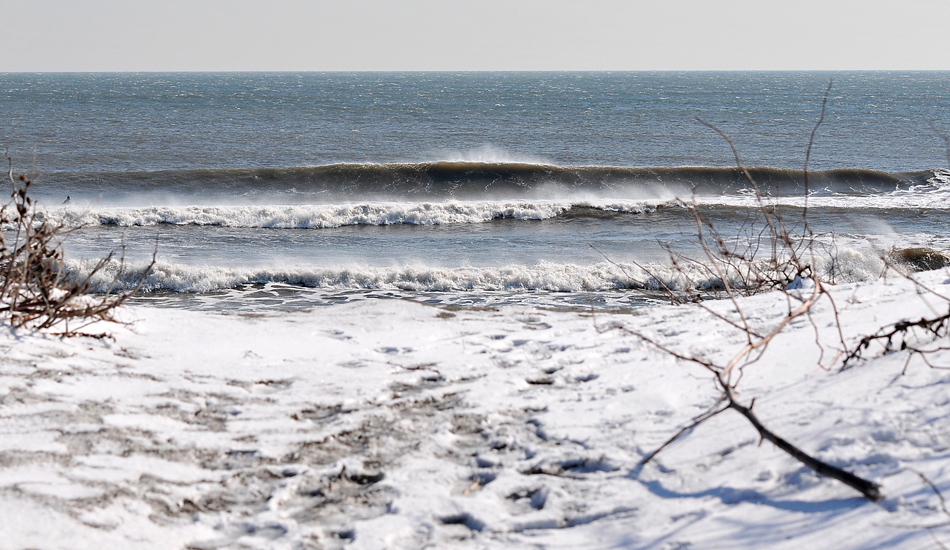 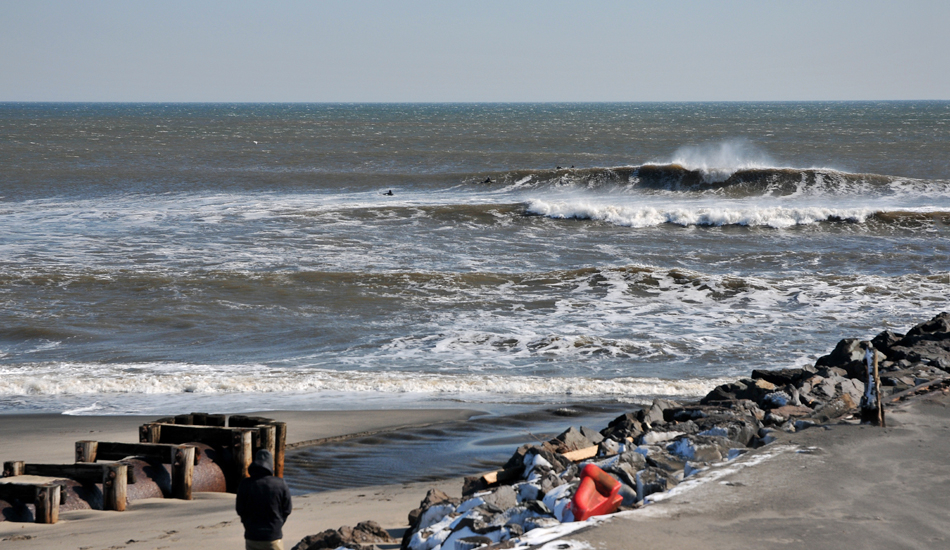 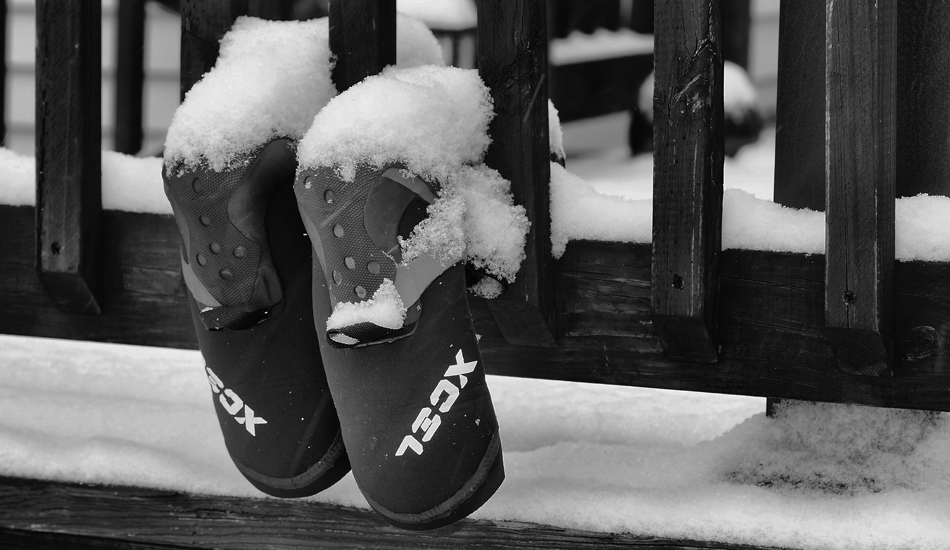 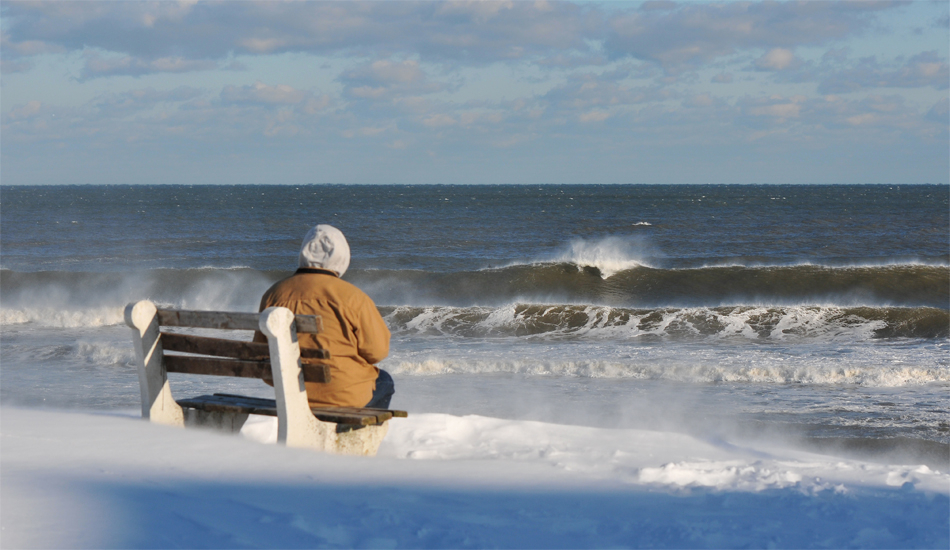 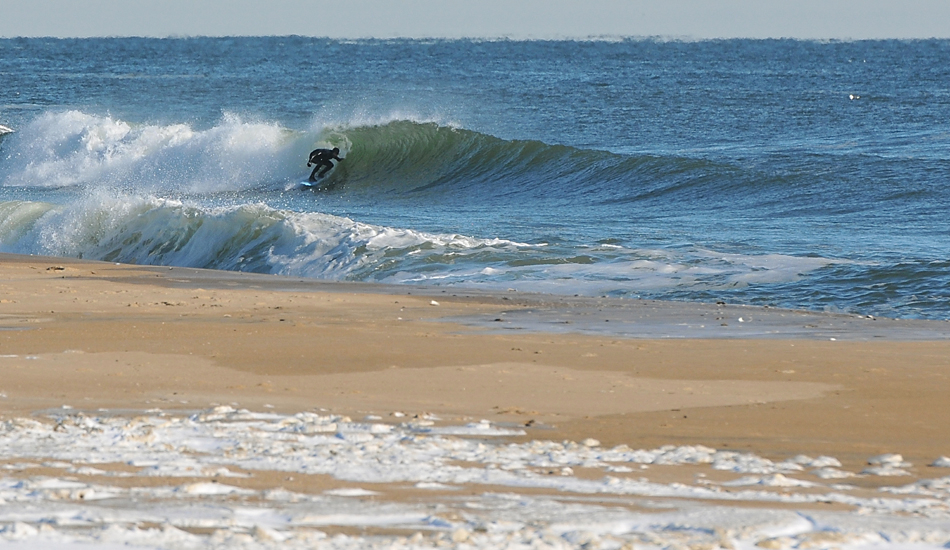 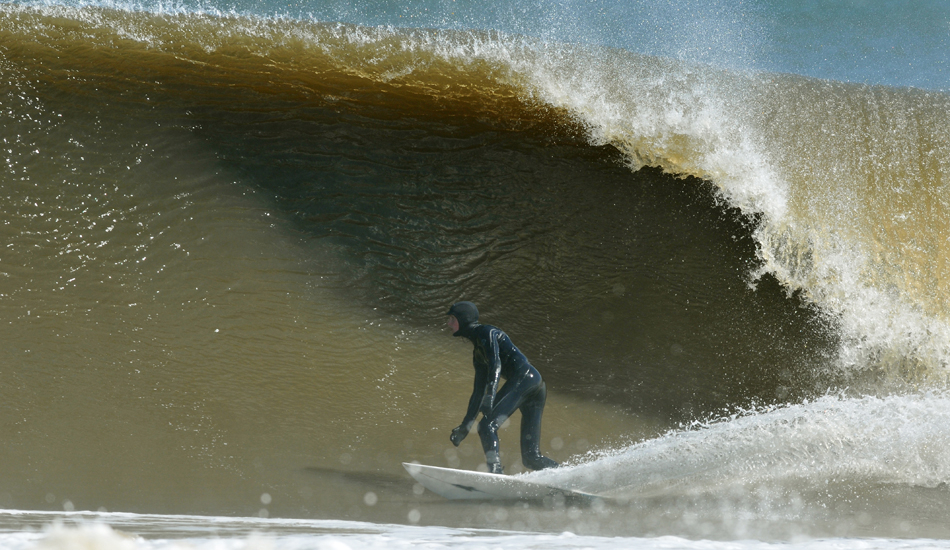 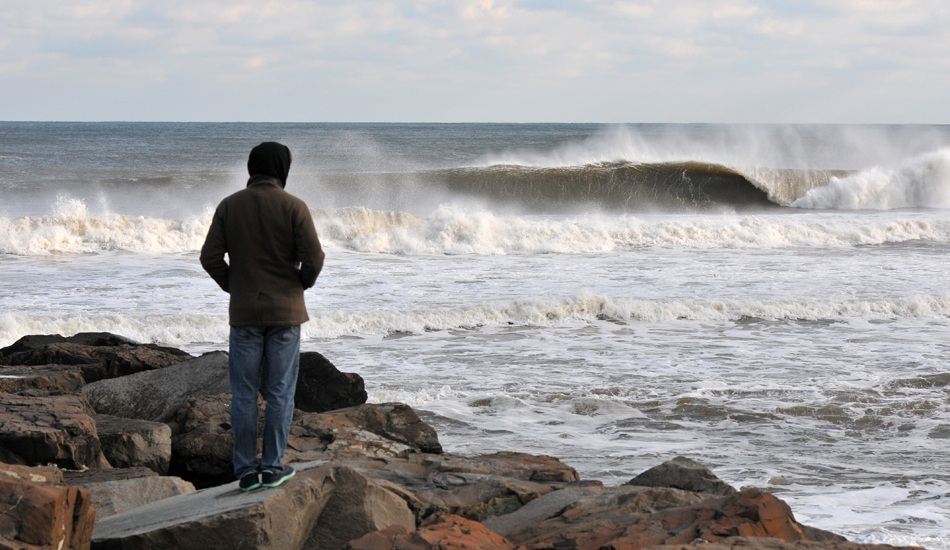 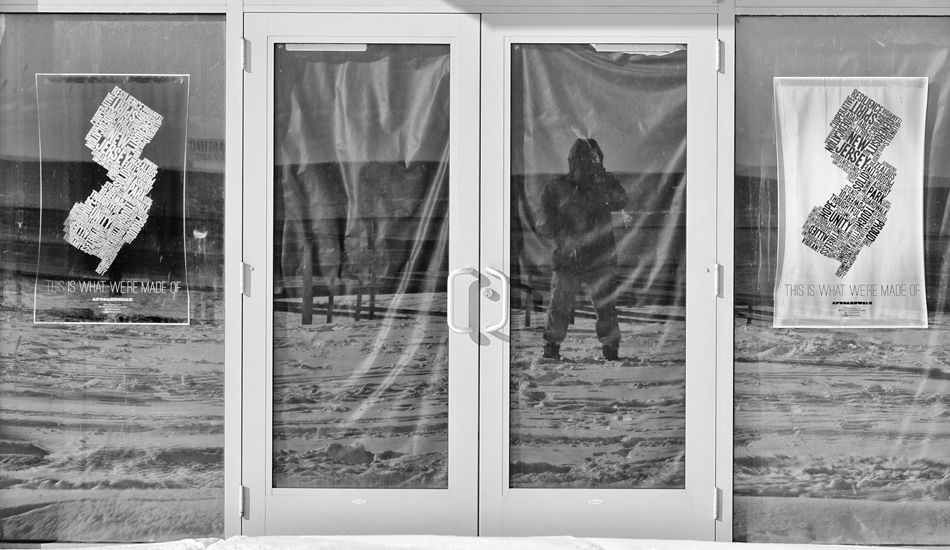 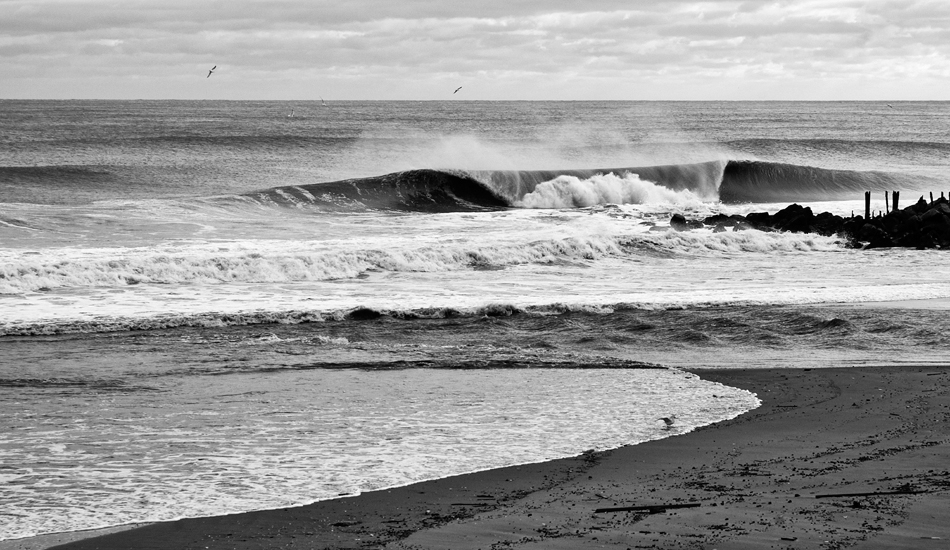 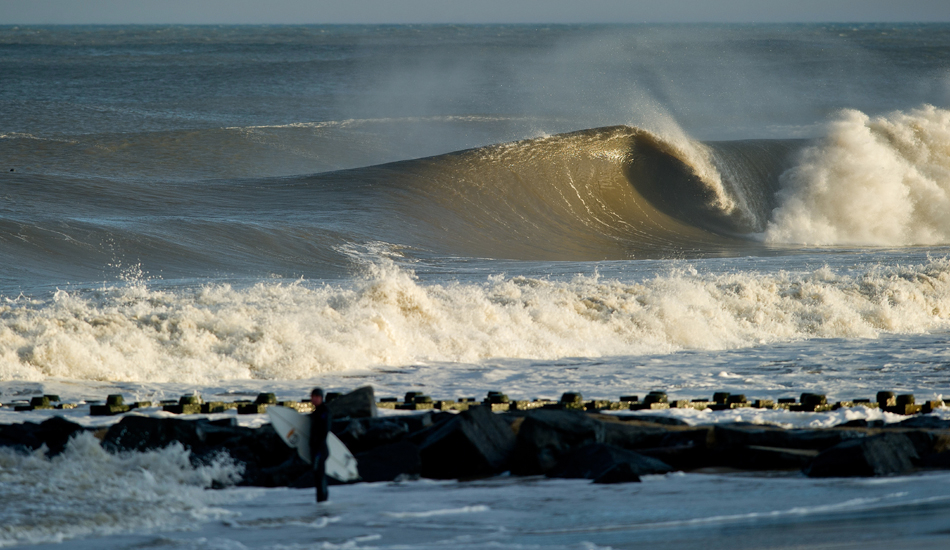 A lot of fuss has been made to the Ice Bucket Challenge for ALS lately. Hell, there was a short period where you couldn’t even log onto your Facebook without being inundated with videos and challenges, each more creative and endearing than the last. And while the cause is certainly a very worthy one — and I applaud the monies raised for a great cause — NJ Surfers are a bit unimpressed by your videos. It’s not that we’re callous or disrespectful; we just find your bodies repulsion to a bit of ice water a bit comical. In some cases, it’s down right pathetic.

You see, as September comes to an end and fall kicks into gear, the water temperature gradually slips, and the mornings get chilly. But that’s a good sign for us. This is the only time we get quality waves on a regular basis. Therefore, from then on out, we spend a good part of our year donning 5-mil wetsuits and a bevy of accessories before voluntarily plunging into near-freezing water for the cause of quality waves, and the kind of stoke that can only be found in head high, headache causing, heart pounding, empty barrels. So forgive us if were laughing a bit behind our screens. It’s nothing personal.

Northeast surfers are a rare breed. In order to push the limits of our own skill and take advantage of our hurricane and nor’easter season, we have to endure conditions most surfers wouldn’t even entertain. And we don’t get anything more than ear infections, frostbite, and the occasional ticket for indecent exposure from overzealous local cops while we’re struggling to remove our frozen wetsuits in the snow. Just so we can huddle in our cars with the heat on full blast for a few minutes to bring back the circulation of blood to our white, limp hands that look a bit like you might expect from a cadaver. And if it’s at all possible, we might try to talk ourselves back into that same frozen fitted rubber coffin and get a few more tasty waves before we have to head back to the Mrs/ and shovel the driveway for the third time that week. Ahhh, such is the life of a NJ (and Northeast) gentlemen surfer. Many have argued we’re a more determined lot, more appreciative of our surf time since we endure so much to experience the best of what Mother Nature can muster. I think we make the best of what we have and we even do it with a wink and a smile. Why, you ask?

Simply put, we make do.

I don’t like cold water. I don’t know anyone who does. I’ve never heard: “screw this warm water, let’s get some frosty beatings.” I don’t know any NJ surfer who wouldn’t gladly take a three-month tropical surf trip in a heartbeat. But outside of some privileged (read: lucky) kids and the random local pro, most of us have a nine-to-five, and probably a couple kids. All that being said, we know more about meteorology than your average network weather girl, and watch the National Weather Service with baited breath and fingers crossed. We talk in code on social media so that only the truly dedicated and initiated would even be able to decipher that we are actually talking about waves and weather patterns in preparations for our yearly frigid baptism. No one wants to jinx the storm pattern or wind direction or be the goat. We have an ever-constant fear we might let the cat out of the bag and overhype a sneaky swell, leaving us all floating around like frozen bobbers on Lake Atlantic, teeth chattering, pretending to be enjoying our testicles retreated into our abdomens. I don’t know what that feels like for the ladies, so I’ll just imagine its equally uncomfortable. We say things like “we need the winds to cooperate” or “it might clean up late” or “ the buoys are still 10 seconds apart,” but we never, ever mention specific breaks or beaches in our public posts out of fear you will be reprimanded by the old guard or potentially black balled from the best breaks. Posting a picture? You better take off auto GPS! Are we crazy? Possibly. Paranoid? Probably. Why so secretive? Let me explain…

We get to spend the two to three months a year we actually get warm(er) water with every Tom, Dick ,and Harry who ever saw Point Break and went out and bought a shiny new surfboard — including every 12-year-old on a $30 bodyboard from the local drug store chain and old ladies wearing shower caps and doing aqua aerobics as they reminisce of days of old. That’s summer on the Jersey shore! We have to pay just to get on the beach and wear a badge the whole time, and once we do get on the sacred sand we’re corralled into the towns’ “surf beaches” like lambs on their way to the slaughterhouse. There are so many surf camps, private coaches, and board rental companies that the inside of any decent break is so crowded with immovable objects and potential lawsuits you spend most of your day juking and jiving just trying not run some poor kid over and have to deal with the inevitable angry mom (who paid good money for that pro model board her kid is riding on 1 foot swell after a 45 min lesson) or suffer the wrath of a barely pubescent lifeguard.

Let me say that I have a tremendous amount of respect for the old guard of surfer lifeguards — the kind who used to let us slip onto the beaches in the morning and would turn their head as we paddled out of our designated area to pick off the occasional wave from an uncrowded peak down the way. But every local has recurring nightmares of 16 year old kids with zinc on their nose, from Bumble-fuck, Pennsylvania, blasting their new toy whistle at ear squelching decibels for 20 minutes straight, as you slip two feet over the imaginary line separating our 100-foot stretch of allowable surf area with the 28-block stretch dedicated to tourists and swimmers.

However, as of a couple weeks ago, summer ended. The crowds have gone. Kids are back to school and the lifeguards have gone back to wherever lifeguards spend their winters. And in exchange for empty beaches, access to any point we want, and lineups filled with actual surfers, we will endure the worst nature can send our way — as long as every now and then the stars align and a nice off shore pattern emerges and sits long enough for us all to get our fair share.

While we do lament the passing of warm weather, bikinis, and mushy wind addled knee slappers just as much as the next guy, you’ll know why we’re smiling every time we see you dump a half dozen ice cubes over your head and squeal like a 12 year old girl. It’s not that we don’t appreciate your charity and generosity. It’s just that we’re checking out the Doppler Radar, doing some stretching — I’m old… — and pulling the neoprene out of the garage, which is probably going to need a good hosing, and a little bleach. We’re getting ready for our yearly Ice Bucket Challenge and it’s going to last a while. But we’re not complaining. We’re just smiling and keeping our fingers crossed. And we might be laughing a bit.

To see more of photographer Bobby Siliato’s work, be sure to check out JerseyShoreImages.com, and follow him on Instagram.