The (Painful) Process of Buying a Used Surfboard 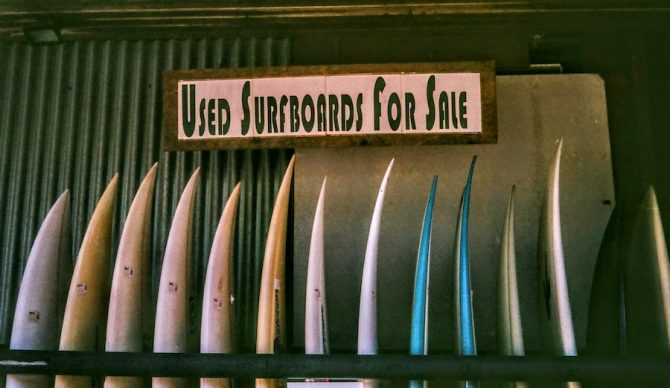 Truth be told, until you see the board in person, you have no idea what you’re going to get. Photo: Dorien Monnens//Unsplash

A couple of months ago, I snapped my favorite shortboard, a 6’0″ Vernor Chef, while surfing at Ocean Beach in San Francisco. Frustratingly, the board was only a year old and had been acquired for the “industry insider” price that I used to get. Since I don’t work at a surf shop anymore, I resigned myself to Craigslist and the used-board market to find a replacement rather than getting a brand new stick that, chances are, I would end up damaging in the near future. Little did I know how painful the process would prove to be.

I usually keep tabs on the local Craigslist market, but for a couple weeks not a day went by when I didn’t check Craigslist to scope the newest boards to hit the virtual used rack. Nothing seemed to be right. Then, as if by magic, a nearly identical Vernor Chef materialized on Craigslist. It had a pretty ugly (in my opinion) camouflage resin job, and was maybe a liter or two less volume, but other than that seemed to be a steal at $300. 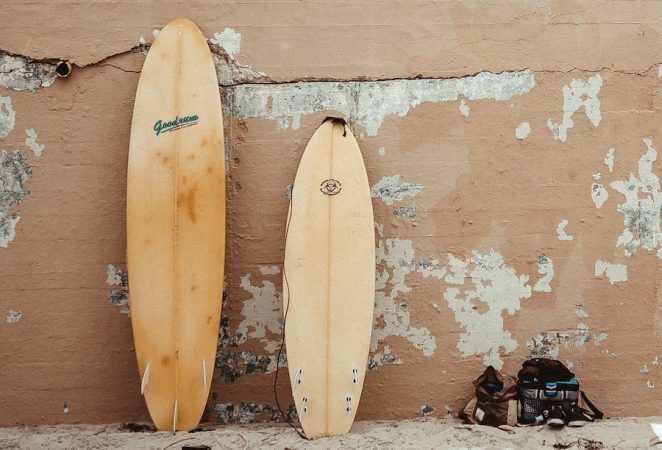 There was one problem. The board was listed in Berkeley, and I was at my girlfriend’s apartment in Palo Alto. I was supposed to drive down to L.A. the next afternoon. I typed out an email. “Hi! Would love to come check this out. Is there any chance you are free tomorrow?” Due to prior negative Craigslist experiences, I added at the bottom: “And regarding the board itself, wondering how much use it’s seen/any repairs?”

The response came back quickly. “Sounds good! I am free tomorrow. The board is relatively unused, has some regular pressure dings but no cracks/repairs.” The two-hour roundtrip had me wavering, but the words “relatively unused” strengthened my resolve. And it was the exact same board I’d grown to love over the past year. I had to go. The next morning, after an hour and fifteen minute drive through Bay Area drizzle, I was in Berkeley. The unknown Craigslist poster walked down his front steps with the camo board, revealing himself to be a college-aged male of small to medium build. After an exchange of pleasantries I got my hands on the board. My heart instantly sank. The board had seen a lot of use. The deck had pressures on top of pressures, hidden by the camouflage resin job. A plethora of cracks on the rails were obviously not watertight, yellowing in a way that screamed water damage. 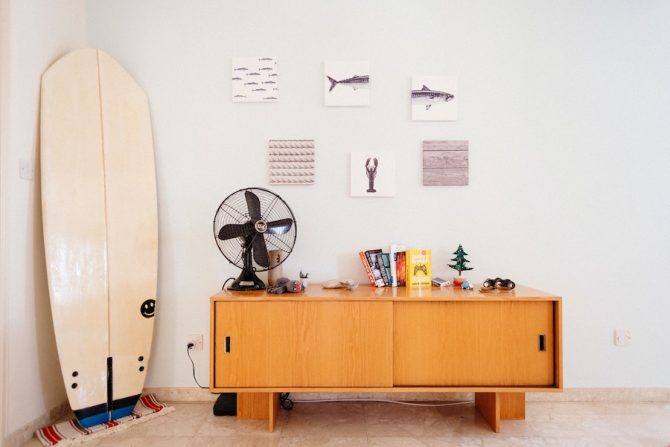 What are you supposed to do? Buy the board because you “already came this far,” even though you know you’re getting ripped off? Start the horrible haggling process? Leave? Get angry? Struggling to stay calm I told the “kid” (probably only a few years younger than myself), that the board was nowhere near the condition he had said it was in. He protested his innocence, saying he had bought the board “to step down from a foamie,” realized it was too short, and was just trying to sell it for what he paid. Kicking myself for the waste of time and gas, I made my way back to Palo Alto without the board.

The whole drive to L.A., I was checking Craigslist (not while actually driving, of course). Due to the much larger selection of surfboards available down south, I was fairly certain I would find a more suitable craft. And I did. An hour or two north of the Grapevine on I-5, a 6’0″ Pyzel Phantom was posted for $350. Best of all, it was being sold through a surf shop, so I knew they could be trusted to set a fair price. “Condition: 4/5 stars, no dings, and only a couple of pressure dents,” the post read.

We got into L.A. late, but the next morning I was there when the doors of the shop opened. After a few minutes at the used board rack, I realized the board I had come for wasn’t there. When I asked, I didn’t get the response I was looking for. “Oh yeah dude, someone came in last night and snagged it right as we were closing,” the shop employee told me. And as if to dig the knife a bit deeper, he added, “that board was in great condition. A total steal.” 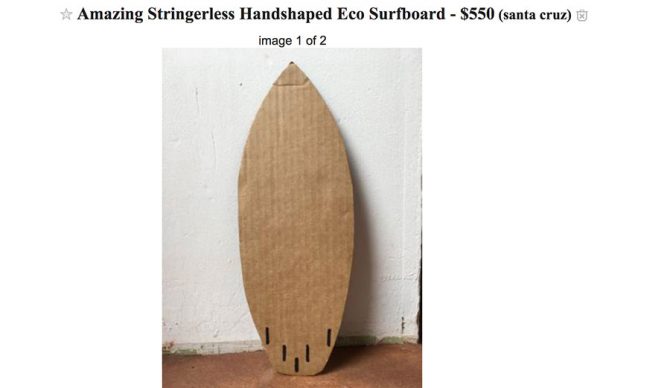 “Amazing Stringerless Handshaped Eco Surfboard” It could be yours for the low, low price of $550! Image: Craigslist

Plan B was a Chilli surfboard that was being listed in Long Beach for $400 and in “excellent” condition, with “just a few minor pressures” on the deck.

When I showed up at the place of meeting (a local Starbucks), I found myself only slightly disappointed. The board had, by my standards, a decent amount of pressures on the deck. There was a crack on the rail, a dent on the bottom that just barely went through the glass. Spiderwebbing on the nose. It was in “good” condition. It was not worth $400.

Or was it? What is a “fair” price for a used surfboard? Hard to say. With the amount of time I’ve spent on Craigslist, at this point I feel like I’ve got a decently intuitive sense of what the going rate for a board is. Is a $700 board in “good condition” worth half as much as it was new? Probably something like that. Name brand boards seems to go for a decent bit more. Firewire and other epoxy constructions often just last longer. Pretty resin jobs don’t matter in the slightest and “custom paint jobs” that your little sister did with a Posca paint pen make most boards pretty much unsellable.

I digress. We haggled, and I ended up paying $380 for it. Three-fifty would have probably been better. Don’t get me wrong, it’s a sweet board – it goes well and will last me a while – but with the use it’s seen and my penchant for honesty in online transactions, I’ll be lucky to get that much if I choose to sell it anytime soon. 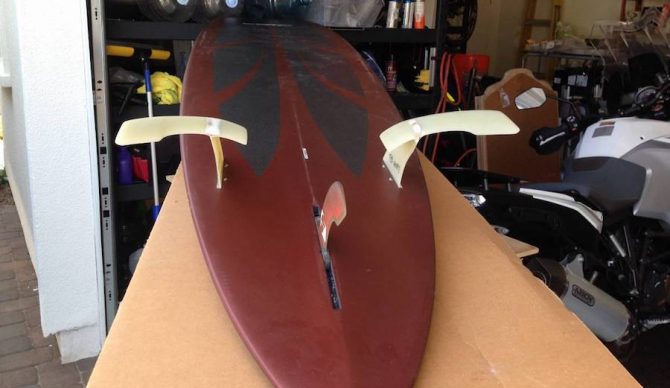 $15k on Craigslist. Deal of the century or buyer beware? Photo: Craigslist

What have I learned from this little experience? Well, I’ll first say that it helps not to be a compulsive maniac who’s willing to drive a couple hours because a board “might” be worth it. It also helps to take a step back and remind yourself that all that’s at stake is a couple hundred bucks and a surfboard. If there’s anything else at stake, such as high hopes of how sweet of a deal you’re scoring, you’re doing it wrong, and, for the most part, bound to be disappointed.

In all honesty, I find Craigslist fascinating. The lure of cheap goods, the idea of being able to score a sweet deal on a piece of equipment someone paid more for keeps people coming back. And on the other end of things, the ease with which one can lie just a little bit to get a better return on that new-board investment from two years ago keeps plenty of people on the sellers side trying to fleece the hell out of one another. 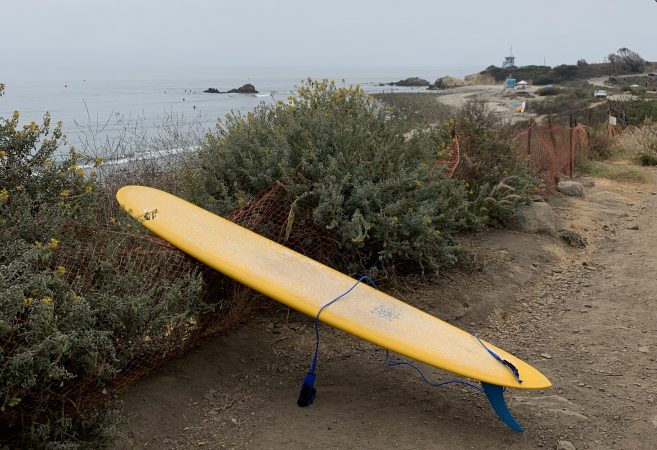 The best board I’ve ever owned. Bought for easily $300 less than it should have been (bonus points if you can guess the break). Photo: WS

To be fair, though, there are some true gems out there on Craigslist, such as a 9’8″ Bob Miller volan-glassed pintail noserider that I scooped for $670 years ago in near-mint condition (above). If you spend enough time buying and selling boards to randos on the internet, eventually the good deals and the bad ones even out. And unless you’re willing to be one of the sharks out there and sell a shit board for more than it’s worth (please don’t be), don’t expect to make a profit.