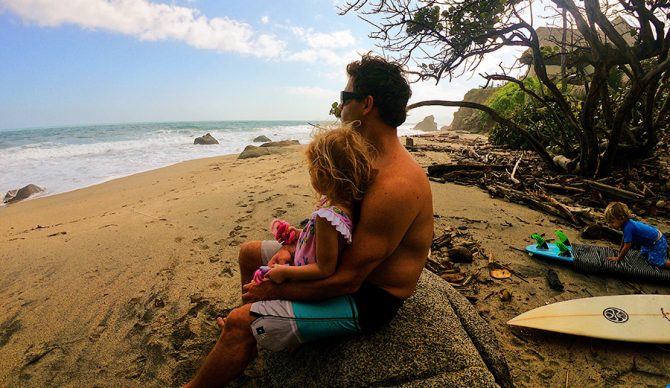 Blow. Neckties. Violence. Narcos. Human trafficking. Pablo Escobar. These are the first things that come to mind when the typical person thinks of Colombia.

In the 1980s and 90s, the South American country was the murder capital of the world. It was a violent and dangerous place to live. The country had been in civil war for decades and as that slowly wound down, the drug cartels rose to power and held every person in Colombia hostage for years. Luckily, those are images of the past. The locals could only describe life in Colombia in the 80s and 90s as “a nightmare.”

With all that said, you’re not supposed to surf there. At least that’s the prevailing belief — that it’s still not a safe place for visiting surfers. When people told me I should steer clear of Colombia, it made me even more determined to give all of my critics the finger and defy convention. Everyone asked me why I was going to bring my family for a week and a half and surf in a country that “could be dangerous.” Ironically, we have school shootings almost weekly here in the United States. Some lunatic shot up a concert and killed 58 people for absolutely no reason last year in one of the most popular travel destinations on the planet. People still visit there. Every country has random acts of violence that no one can expect or anticipate. So while I traveled to an amazing country full of warm people, good foo, and empty lineups, my critics were putting on their wetsuits and jockeying for position with 50 guys at home. Going to Colombia, in my opinion, has little risk and offers a huge reward. Yes, it was unbelievably dangerous twenty years ago. Back then, I was in middle school, Bill Clinton was the President of the United States, and l was wearing pants that were four sizes too big with a chain wallet, bleached, spiked hair, and black fly sunglasses. My point is that a lot has changed. From men’s fashion to drug trafficking and security in South American political situations.

A new Colombia has emerged and its citizens are able to discover and enjoy the country they have loved but never really able to explore until recently. Exploration of any coastline almost always results in discovering something with untapped potential. Colombia has a massive coastline on both the Pacific and Caribbean side. We went to the Caribbean on a family vacation and drove up and down the coast. There were head high waves every day but one. The water is not Caribbean blue, rather a little closer to chocolate milk brown. Apparently, it becomes blue when the winds die down and the waves disappear. The conditions vary from clean to victory at sea. There are barrels. It is the Caribbean, so it’s all wind swell unless you’re here during hurricane season. We spent 11 days in different towns, from Cartagena to Mendihuaca, exploring the jungle, natural pools, rivers, culture, and beaches. Up near Tayrona Park, where the best waves on the Caribbean side are found, it was too dangerous to even consider surfing only 15 years ago. Surfing is a fairly new hobby in the part of the country, and there are very few people who do it. I connected with two of the country’s best surfers beforehand, who I actually ran into in the water, and we talked for a few hours about surfing in Colombia. 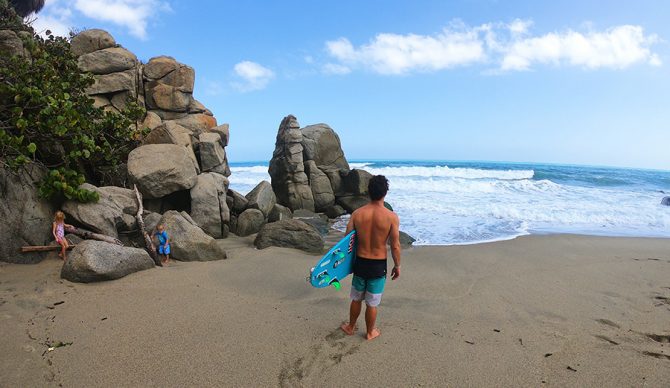 They lamented that surfing is about 15 years behind the rest of the world here. And while they don’t have an exact explanation as to why they do blame it on Colombia’s checkered past. They pointed out that Venezuela, which has literally traded situations with Colombia since the 1990s, has a more vibrant surf scene despite the fact that the waves are no better. Apparently, there are probably just a little more than 100 surfers in the entire country, which means you will never surf with more than 10 people in the lineup. I usually surfed alone or with about three to four guys. The Pacific side of Colombia has better waves but isn’t very accessible. The surf spots are all guarded by dense jungle right in between Medellin and Cali, which if you watched Narcos, were the murder capitals of the world 20 years ago. I am definitely making a point to explore that coast soon though. It is far too alluring for any traveler and explorer to resist. 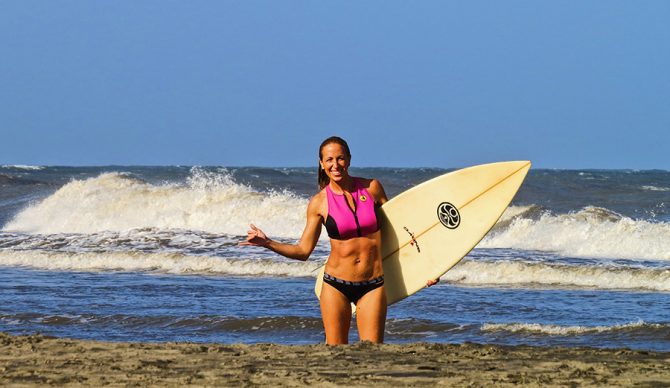